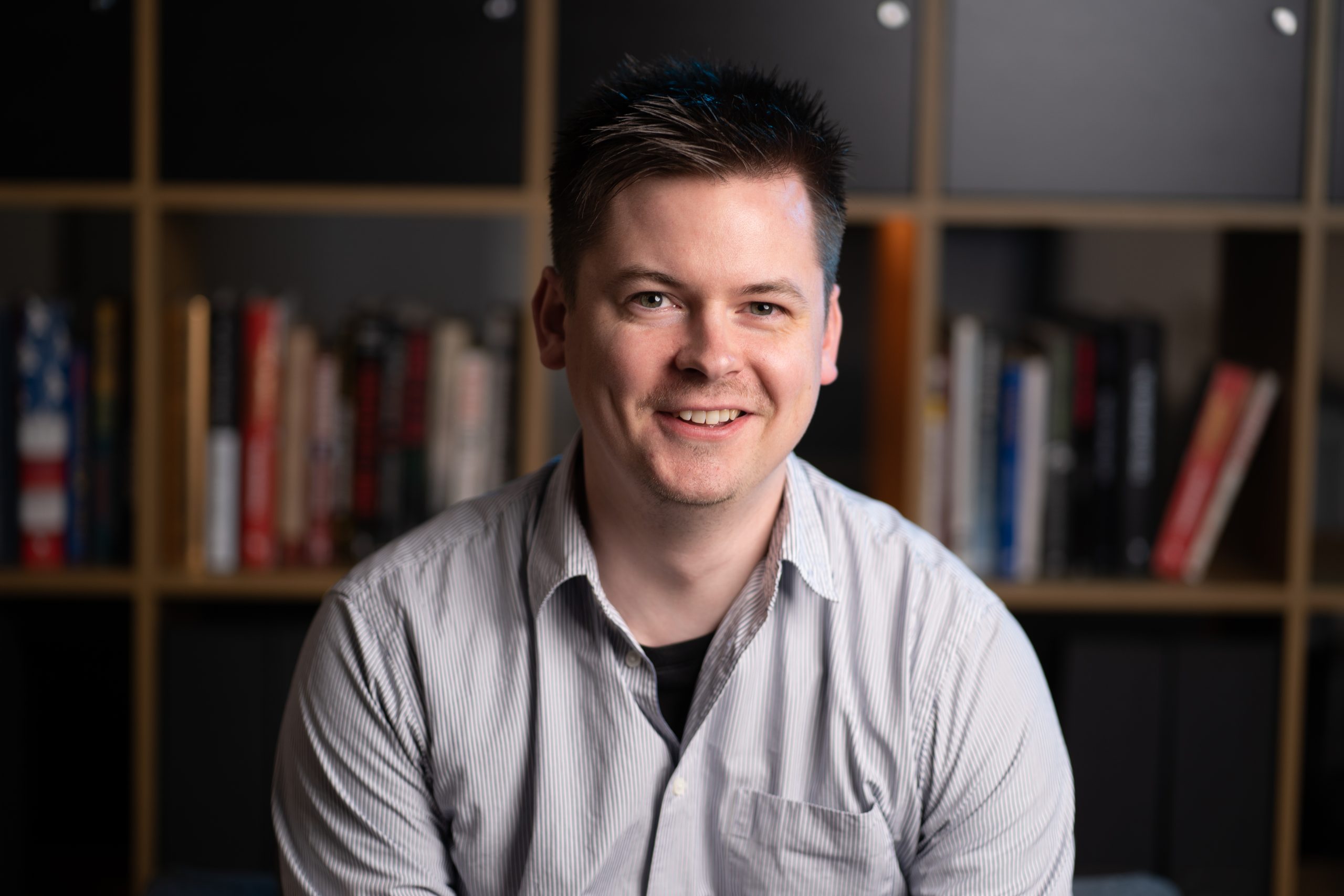 Providing you with a concise overview of what's happening in Afghanistan since the Taliban takeover of Kabul. We take a look at the first seven days, the current situation and the early reactions of political parties across the globe.

Population centres continue to rapidly fall to the Taliban advance. Security forces appear to lack the logistical ability to mount any counter attacks, and ANSF units across the country negotiate withdrawals and surrender. Gardez City, Sharana City and Mazar-e-Sharif in the north are all captured by the Taliban, as well as cities in central, southern and western Afghanistan including Kandahar City, Tarin Kot, and Lashkar Gah. 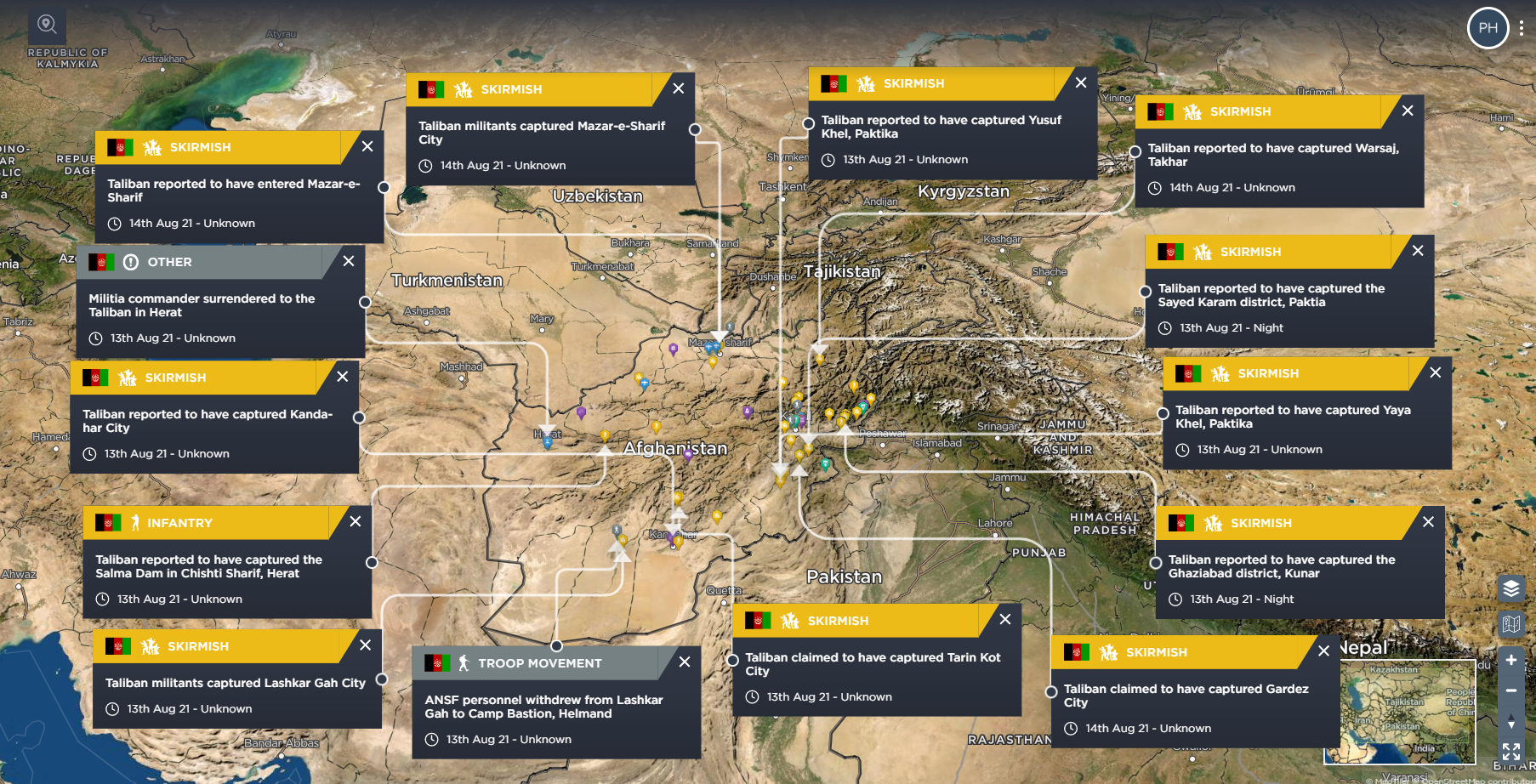 The Taliban enter Kabul, releasing a video showing fighters inside of the Presidential Palace. Commercial flights are suspended from Kabul airport, which is now the base of the US, France, Canada and Netherlands embassies. The Taliban is also now in control of the Bagram Airbase, located to the north of Kabul. President Ghani has left the country which now appears to be under the control of the Taliban. 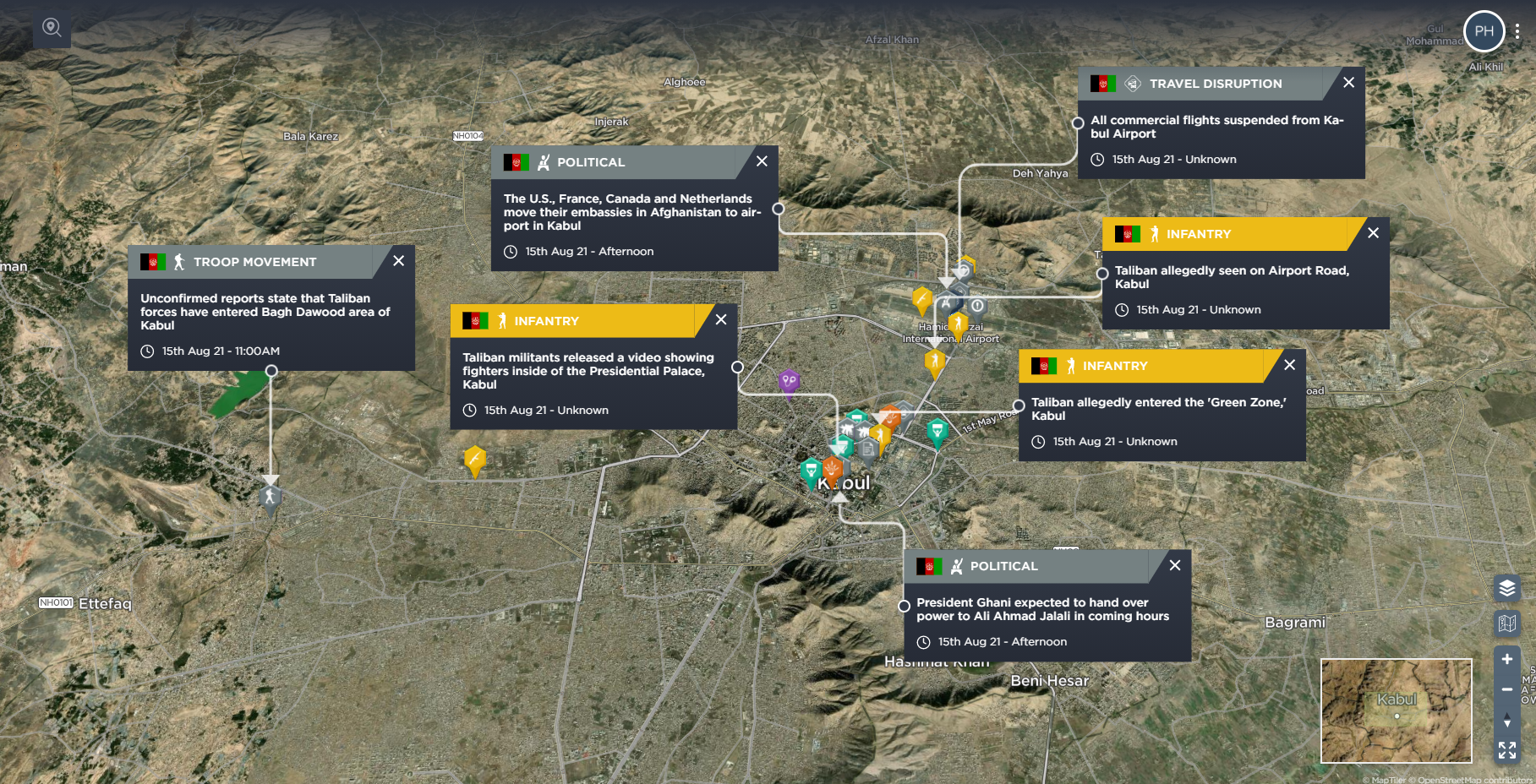 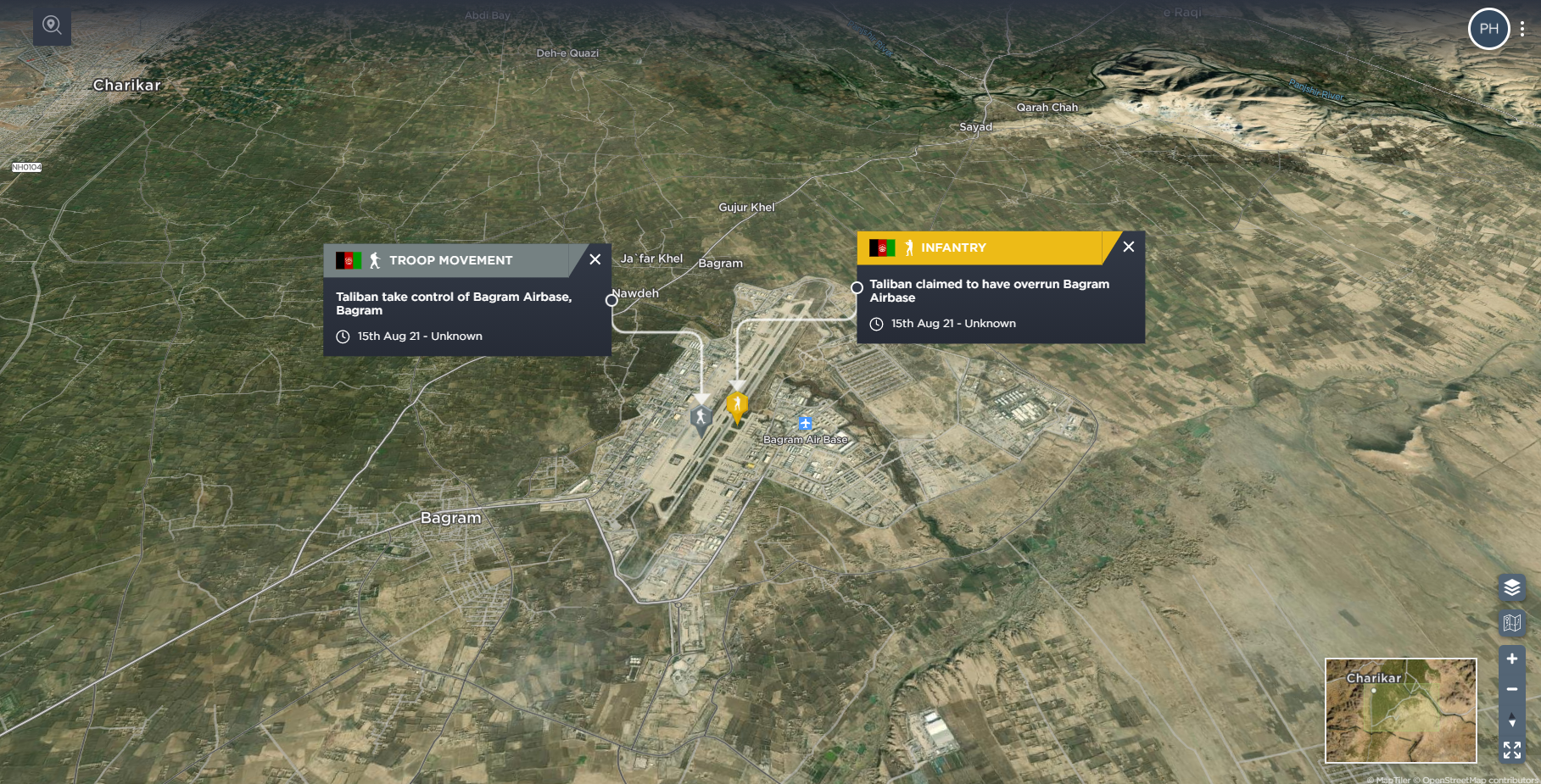 Large crowds of civilians stream towards Kabul International Airport, which becomes the base of evacuations from the country. Crowd control is incredibly difficult, with reports of gunfire coming from both Taliban and US personnel. The Taliban are reported to have set up checkpoints at the airport. As of 20th August, quoting the Pentagon, Fox News reports that 12,700 people have been evacuated from Kabul since 14th August, while at least 12 people have reportedly been killed in and around the airport, including some who clung to a moving US Air Force aircraft and fell to their deaths from the air. 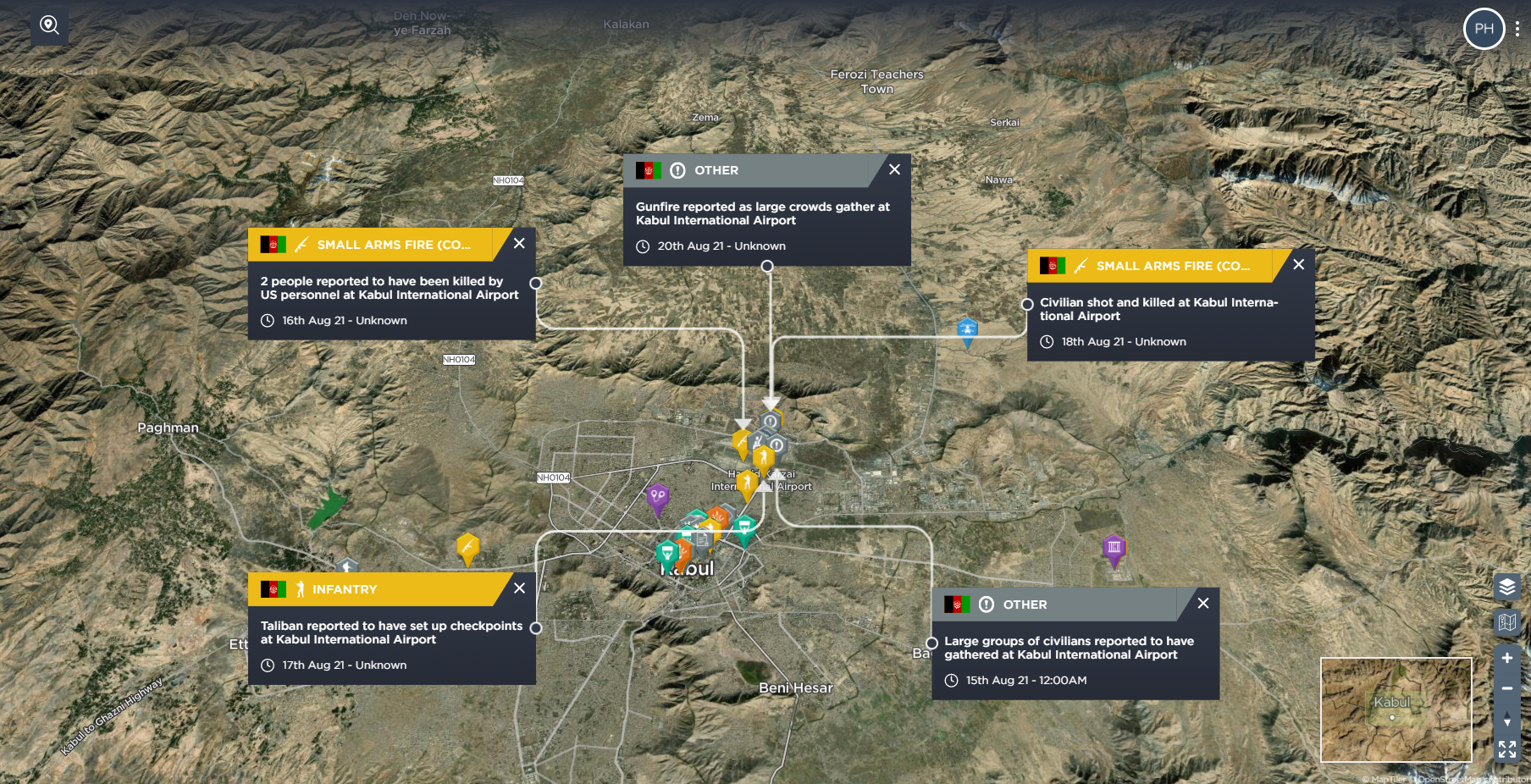 Pockets of protest break out across the country, including several in Kabul. Protests are also reported in the eastern cities of Asadabad, Jalalabad and Khost. 19th August marks Afghan Independence Day, and further protests are recorded including in Kabul, Kandahar City, Gardez, and Sarkano – protesters fly the Afghan flag as part of these demonstrations. One theme beginning to emerge is the difference in conduct of the Taliban in Kabul compared to other provincial centres – responses to protests in the capital are more restrained, while elsewhere the Taliban have fired at protesters in several cities, with casualties reported.

Despite attempts to appear legitimate, many in Afghanistan claim that the Taliban continue to carry out arrests of former government personnel and carry out infringements of civil rights. Reports of Taliban atrocities have emerged from elsewhere in the country, including public beatings and summary executions. 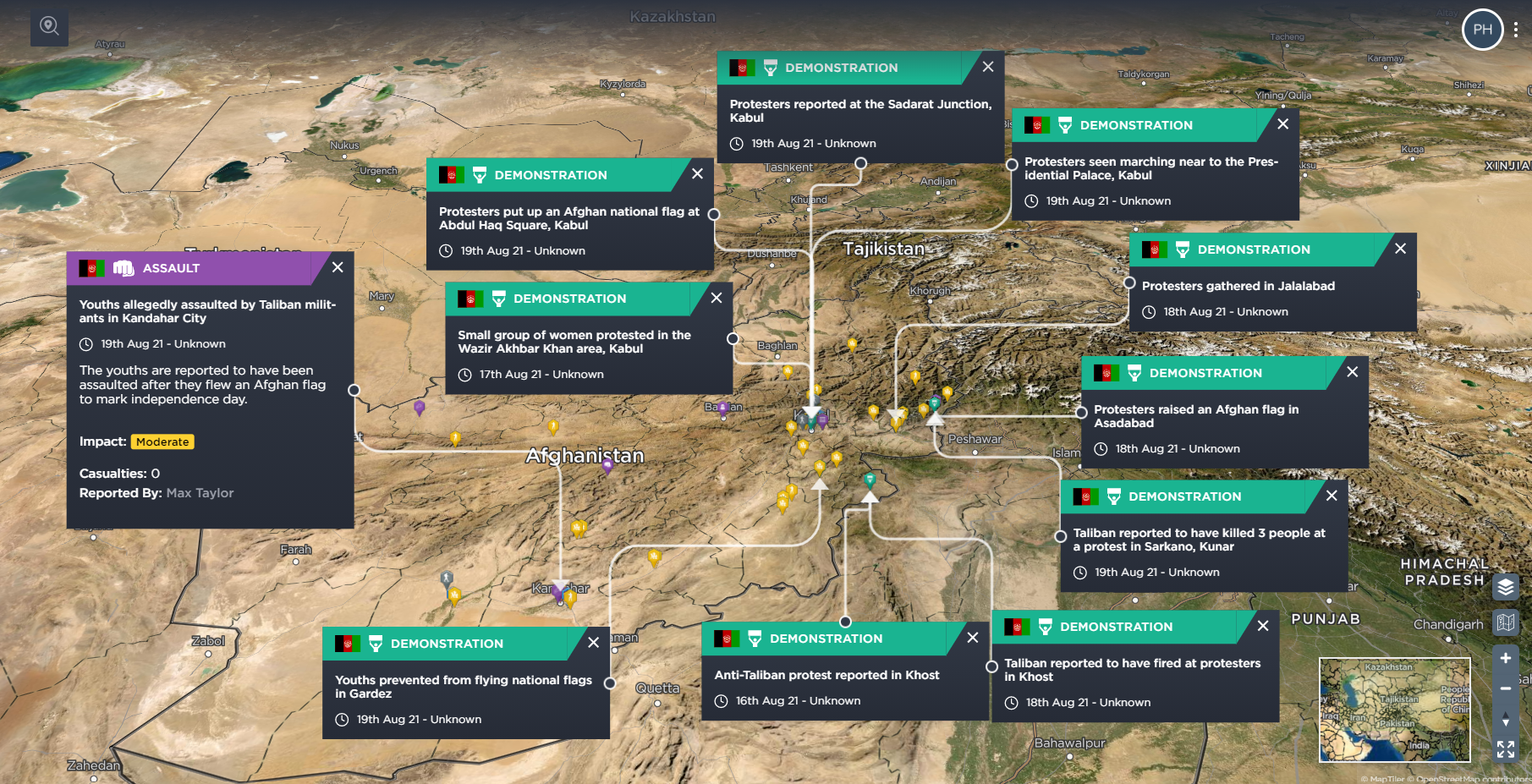 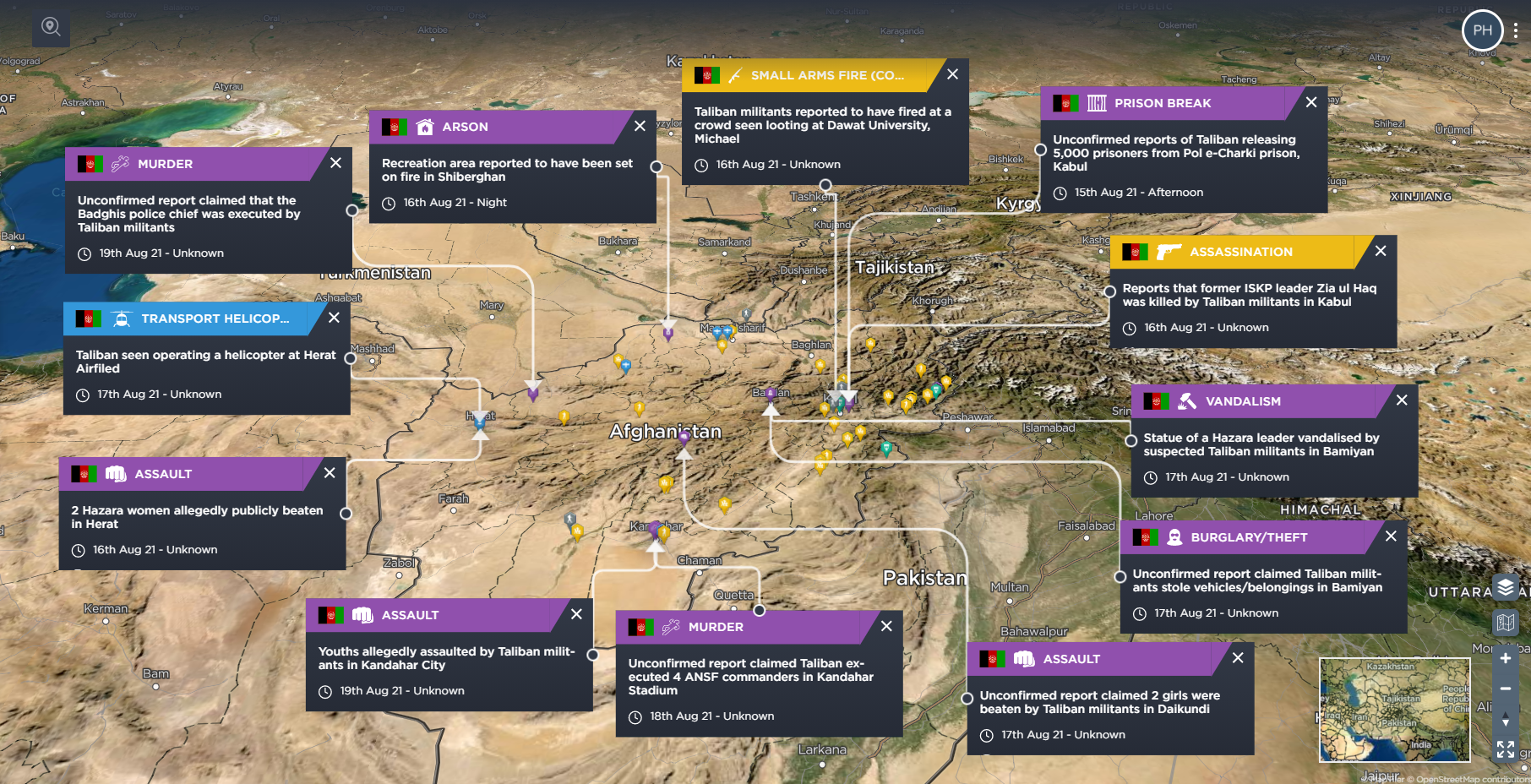 Panjshir province remains outside of Taliban control – the only province in the country now not to be controlled by the Taliban. There are reports of a ‘Second Resistance’ movement made up of local militia and former security forces formed in the province, with high profile commanders such as Ahmad Massoud and Amrullah Saleh. The future of the resistance movement remains unclear, while so far only minor unconfirmed clashes have been reported between the Panjshir militia and the Taliban. 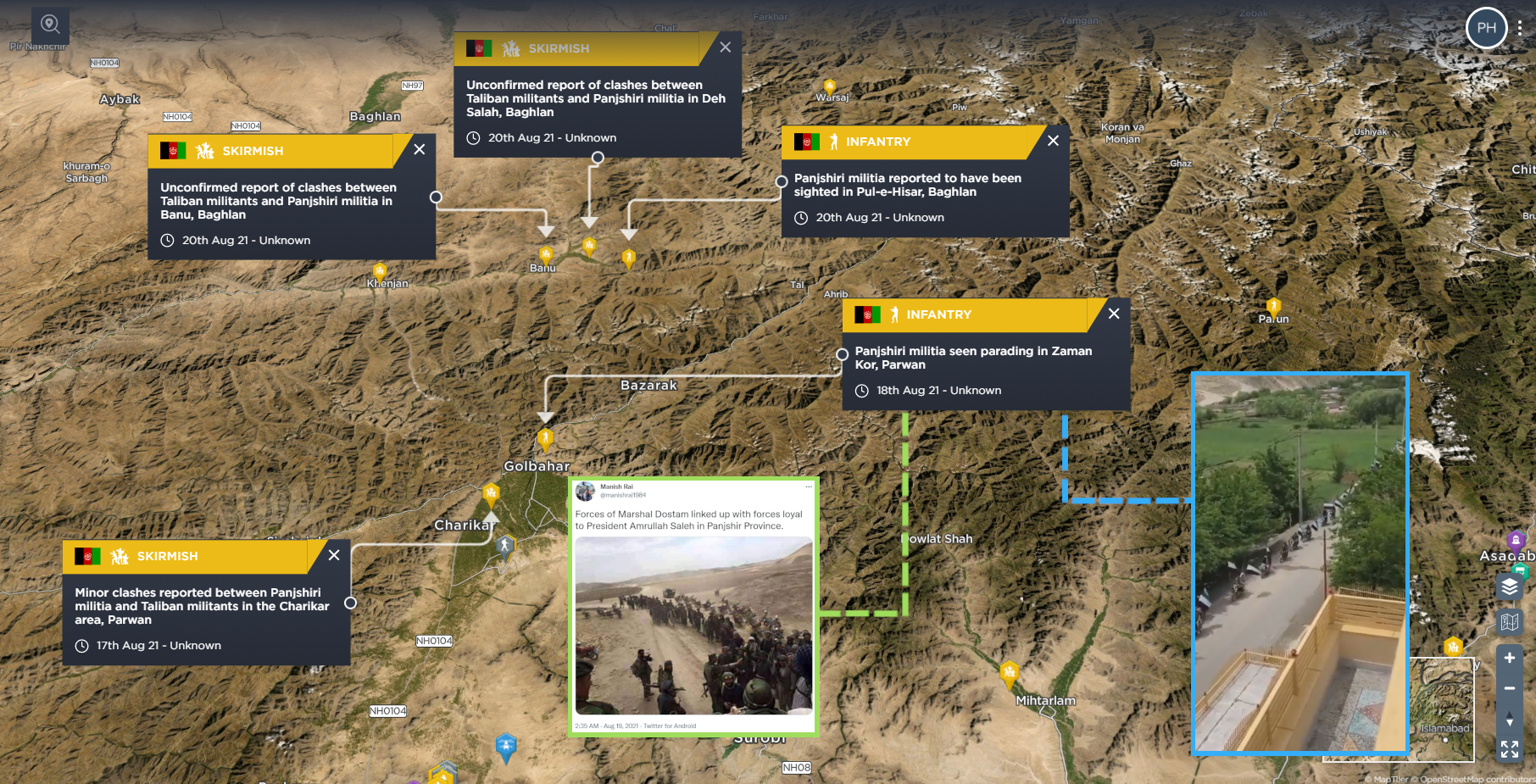 Intelligence Fusion will continue to monitor what’s happening in Afghanistan closely, providing day-to-day coverage as well as a short, medium and long-term outlook for the country – and how the Taliban takeover will impact the wider world. To learn more about our award winning threat intelligence platform, speak to a member of our team today.

The Taliban on Twitter: How the Group Uses Social Media

Analysis of the Current State of the Insurgency in Afghanistan

Islamic State on The Fringes of Central Asia: The Emergence of IS-KP in Northern Afghanistan