Philippines
The second half of May in the Philippines was marked by violent clashes between government forces and members of the Maute Group in Marawi City. On May 23rd, violence erupted in Marawi City, in the province of Lanao del Sur in the southern Philippines. The battle began after a failed raid by the army to capture the head of the Abu Sayyaf faction which has pledged allegiance to the Islamic State, and their de-facto representative in the Philippines, Isnilon Hapilon. Maute Group members supporting the ASG leader entered the city, and battles between them and the government have been ongoing since, with security operations underway to retake key buildings, rescue hostages, and clear the city of the militants. The event has led President Duterte to declare Martial Law for the island of Mindanao, a move supported by some, but decried by others as being too excessive and reminiscent of the times under President Ferdinand Marcos. Dozens have been killed or wounded on both sides of the conflict, as well as civilian casualties. Security operations had not finished at the time of this reportâs publication.
Besides the battle with Maute Group members in Marawi City, the Army has also had clashes with members of the Abu Sayyaf Group in Jolo and Basilan Islands, as well as clashes with members of the New Peopleâs Army across Mindanao and Samar among others. Violent clashes between the groups continue to be a weekly occurrence and may increase after the CPP declared that the NPA should increase attacks in Mindanao. Several IEDs have also targeted soldiers in around Maguindanao and North Cotabato, with responsibility being placed on either the NPA or the Bangsamoro Islamic Freedom Fighters. Finally, the government and the CPP-NPA were supposed to hold a round of peace talks in the Netherlands, but the government withdrew from those talks citing challenges on both sides, and questioning the motivation of the CPP-NPA to actually have talks. 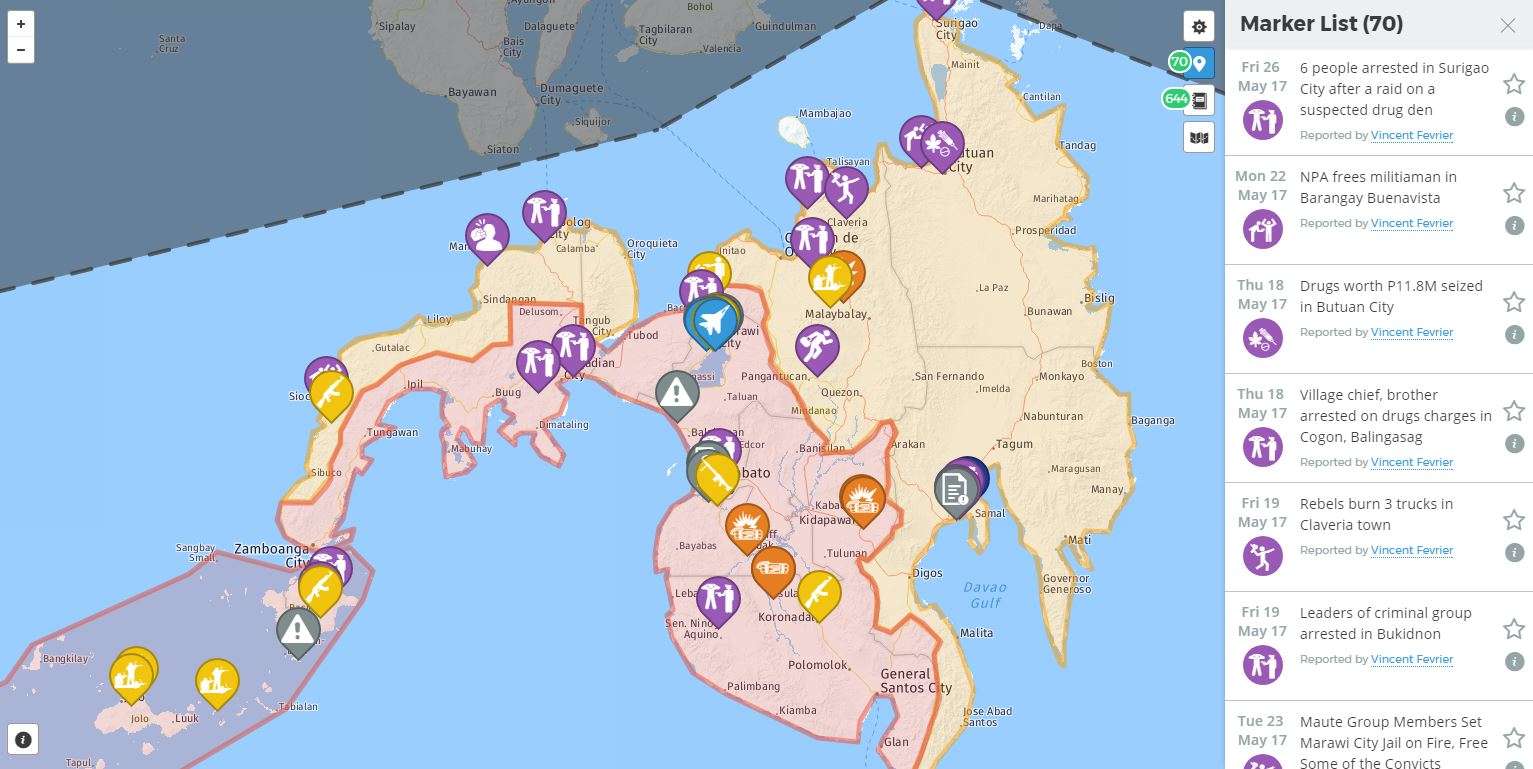 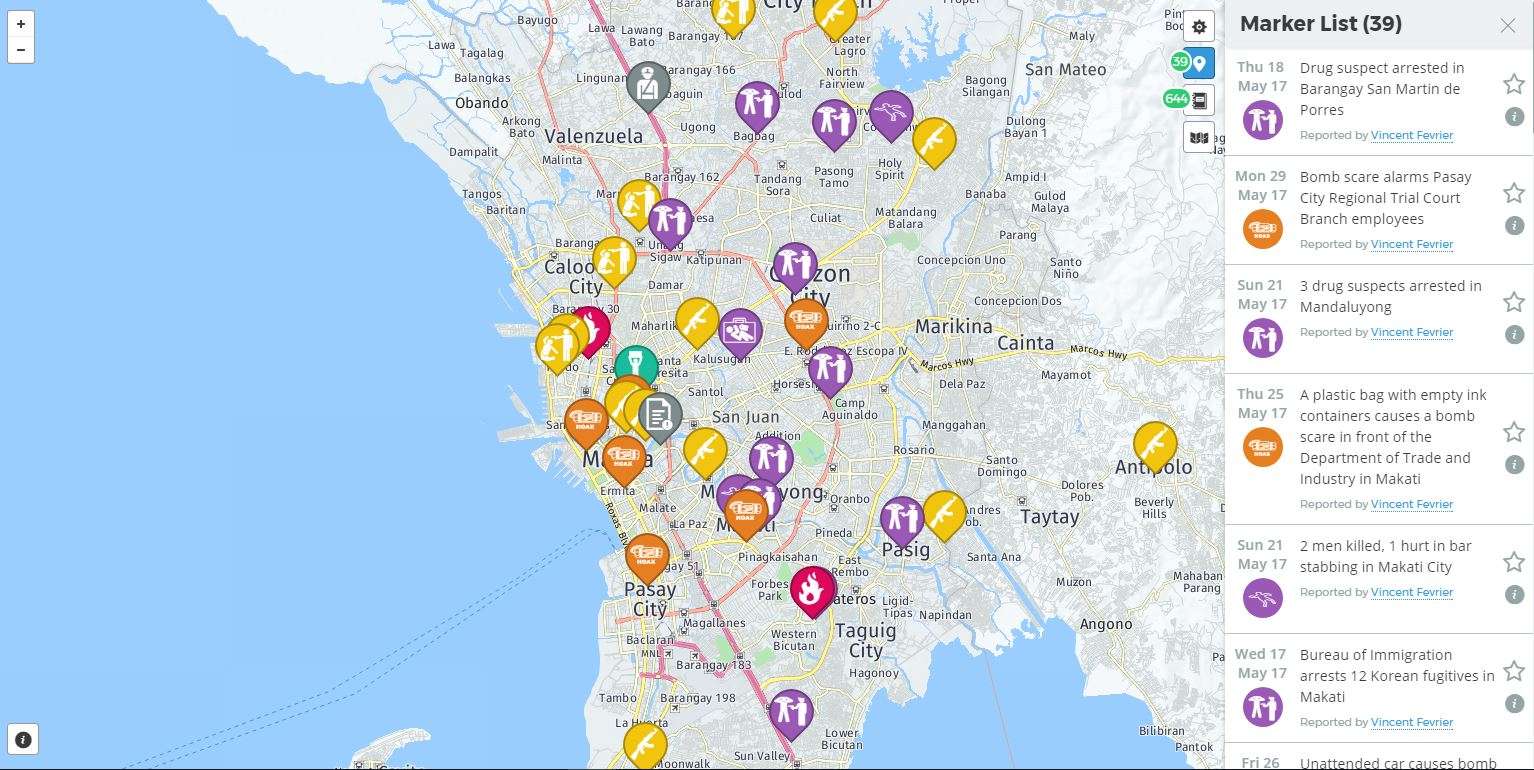 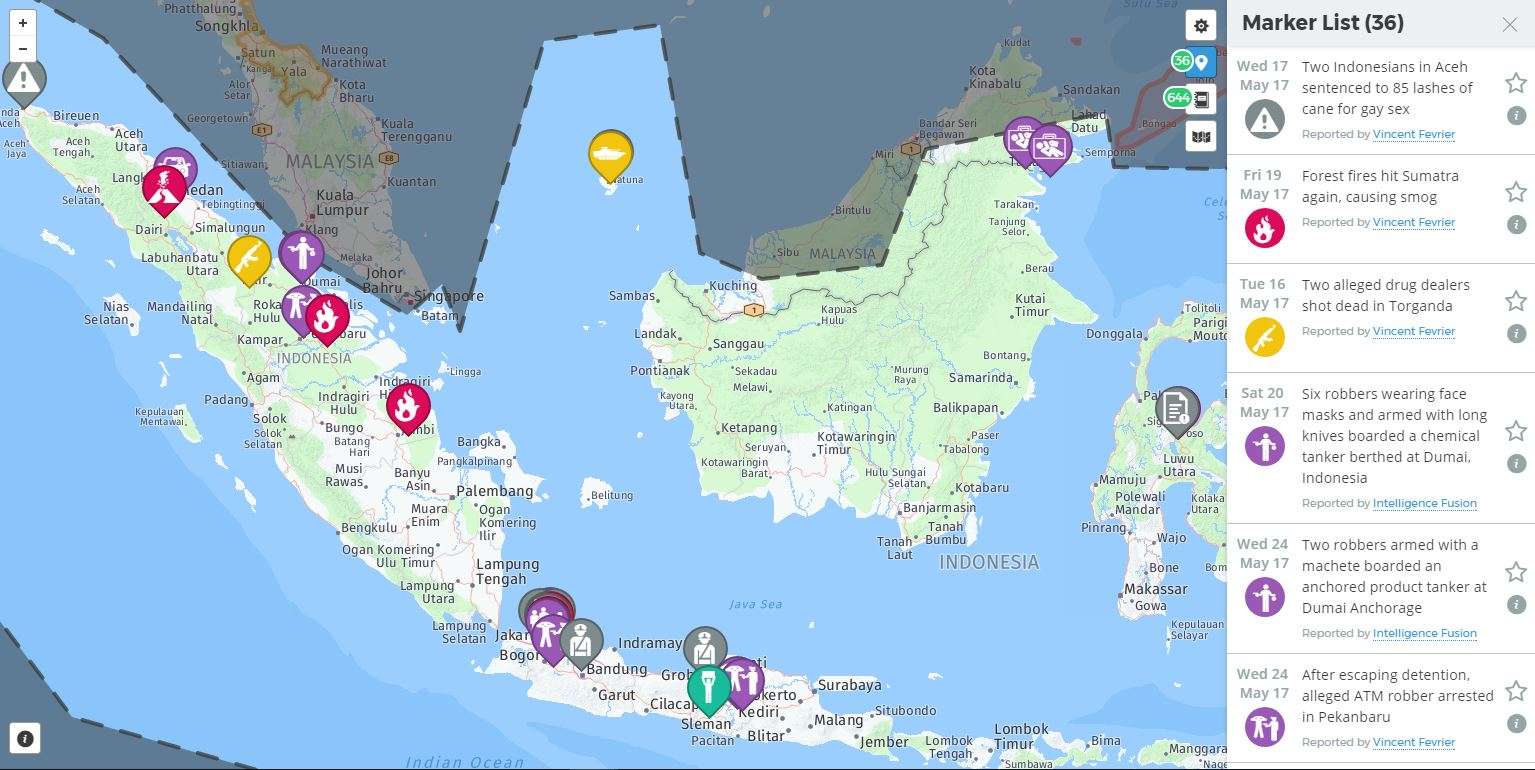 Indonesia Incidents: 16th May – 30th May 2017.
On May 24th, two explosions struck near the Kampung Melayu terminal bus station killing three police officers and wounding a dozen more people. The explosive devices were made of pressure cookers, like the device used in a botched attack in Bandung City earlier in the year. Police identified the suspected suicide bombers as two 30-year old men from Bandung City. The homes of the two suspected suicide bombers were raided on the island of Java by authorities on Thursday May 25th. In one of the homes in Bandung City, police discovered religious literature and bladed weapons. The blast was the deadliest attack in Indonesia since January 2016. The countryâs counter-terror unit, Densus 88, is now leading the investigation.
Several incidents in the second half of May has impacted the LGBT community in Indonesia. An Islamic court in the conservative province of Aceh sentenced two men to 85 lashes of the cane for having sexual intercourse together. This incident is the first-time laws against homosexuality, introduced in Aceh in 2014, have been used. The men had been arrested in March after vigilantes reported them to the religious police. Human rights groups deplored the ruling. Also in the second half of May, 141 men were arrested in a building that houses a gym and a sauna for holding a âsex partyâ. While homosexuality is legal everywhere in Indonesia, for the exception of the Aceh province, the men could be charged with the countryâs tough anti-pornography laws.
Cambodia 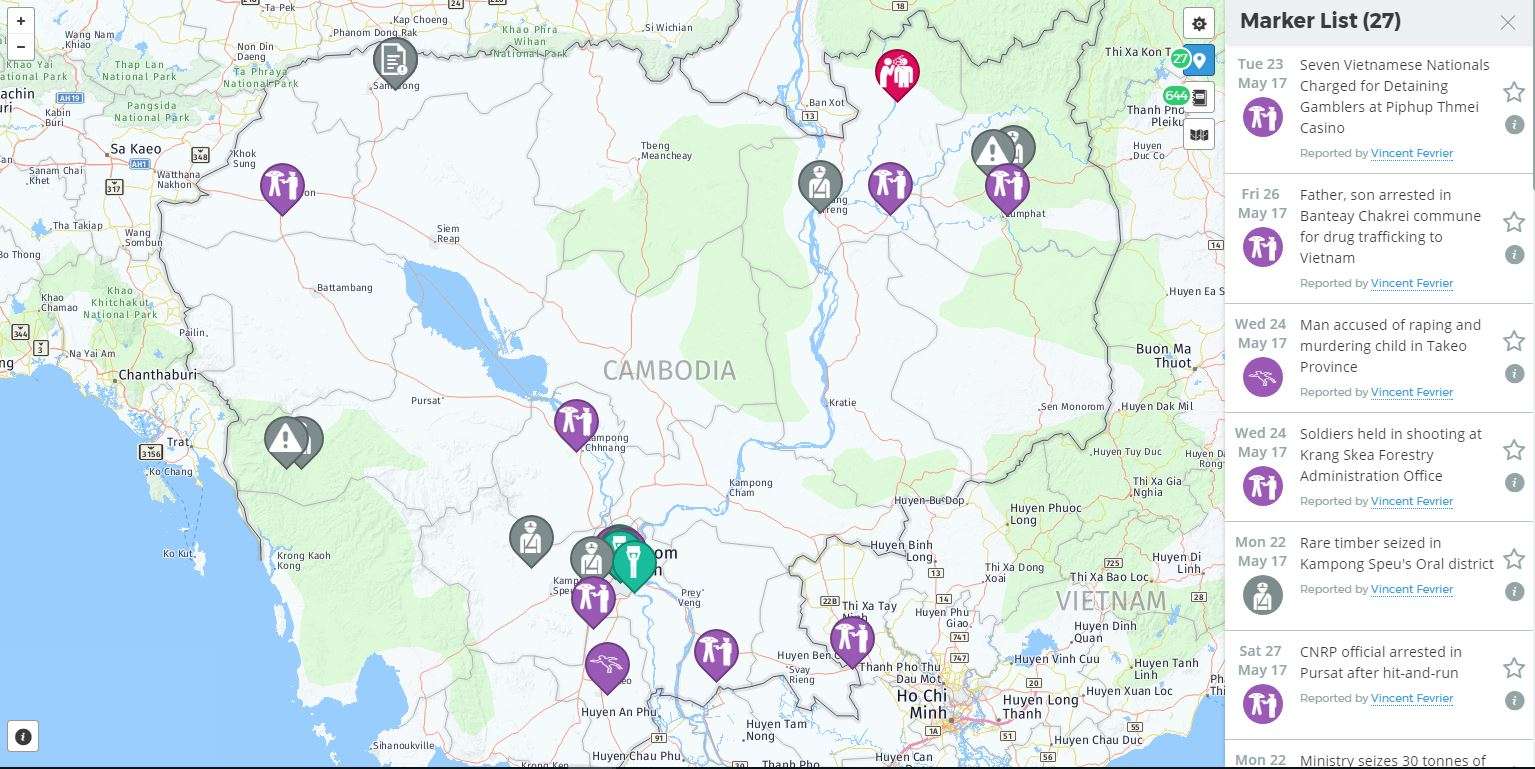 Cambodia Incidents: 16th May – 30th May 2017.
The lead up to the Communal Elections being held on June 4th began during the second half of May. The rhetoric being shown by the ruling party of Prime Minister Hun Sen, the Cambodia Peopleâs Party, shows that these elections are key for the country, and that the results could lead to violence. The Cambodia Daily reported that the Prime Minister warned that his party must win the commune elections, and the general election in the summer of 2018, or it could lead the country into civil war. He has said he was willing to âeliminate 100 or 200 peopleâ to prevent his overthrow. Electoral violence would not be new for Cambodia, and we have already monitored certain incidents of government crackdown on protesters and opposition parties in the country. Besides the elections, the second half of May has seen several incidents of illegal logging and seizures of illegal logged wood by security forces, as well as seeing incidents of drug trafficking.
Malaysia 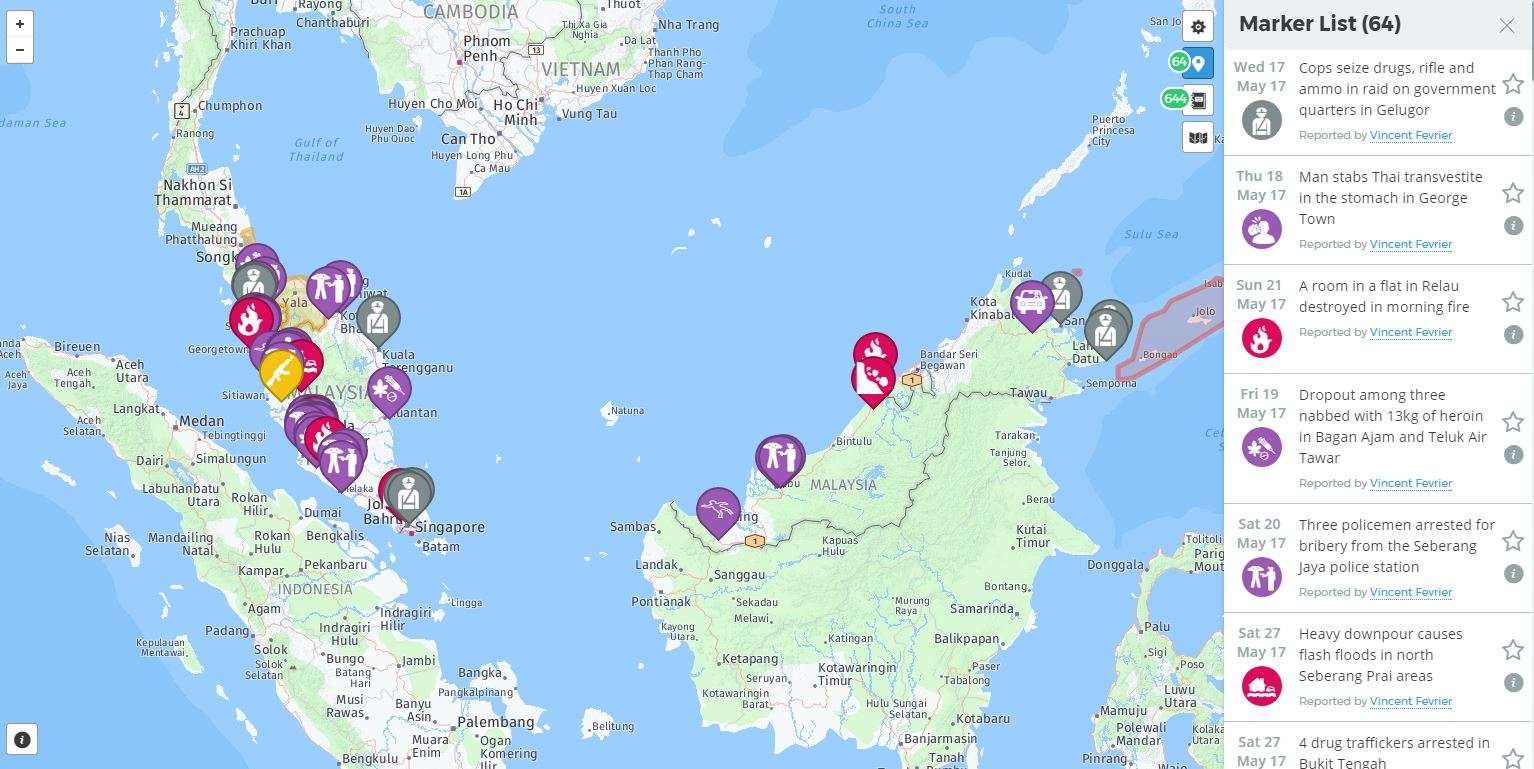 Malaysia Incidents: 16th May – 30th May 2017.
The second half of May has been busy in Malaysia. There have been several incidents of human trafficking recorded including the dismantling of over 100 homes and the arrests of 88 illegal migrants in Sabah, and the arrest of 15 migrants being smuggled from Myanmar. This month has seen an increase in operations to detain and deport illegal migrants, as the threat from terror networks such as ISIS pose to the country from returning fighters, and those transiting between other countries in the region such as the Philippines and Indonesia. Additionally, several drug busts have been made notably, in the northern province of Kedah, where 198kg of drugs were seized at the border with Thailand.
Regarding security from terror threats, operations led by the Bukit Aman Special Branch Counter Terrorism Division, led to the arrests of 6 people suspected of having ties with the Islamic State. This includes a suspected arms smuggler for the Islamic State which had earlier fled to southern Thailand when part of his network had been dismantled. The man surrendered to police in Kelantan near the border with Thailand on May 23rd. The threat of terror remains high in Malaysia, as it is often used as a transit point for militants heading to the Philippines to join terror groups there, as well as being at the border with Thailand where an insurgency is taking place in the southern Patani Province.
South China Sea 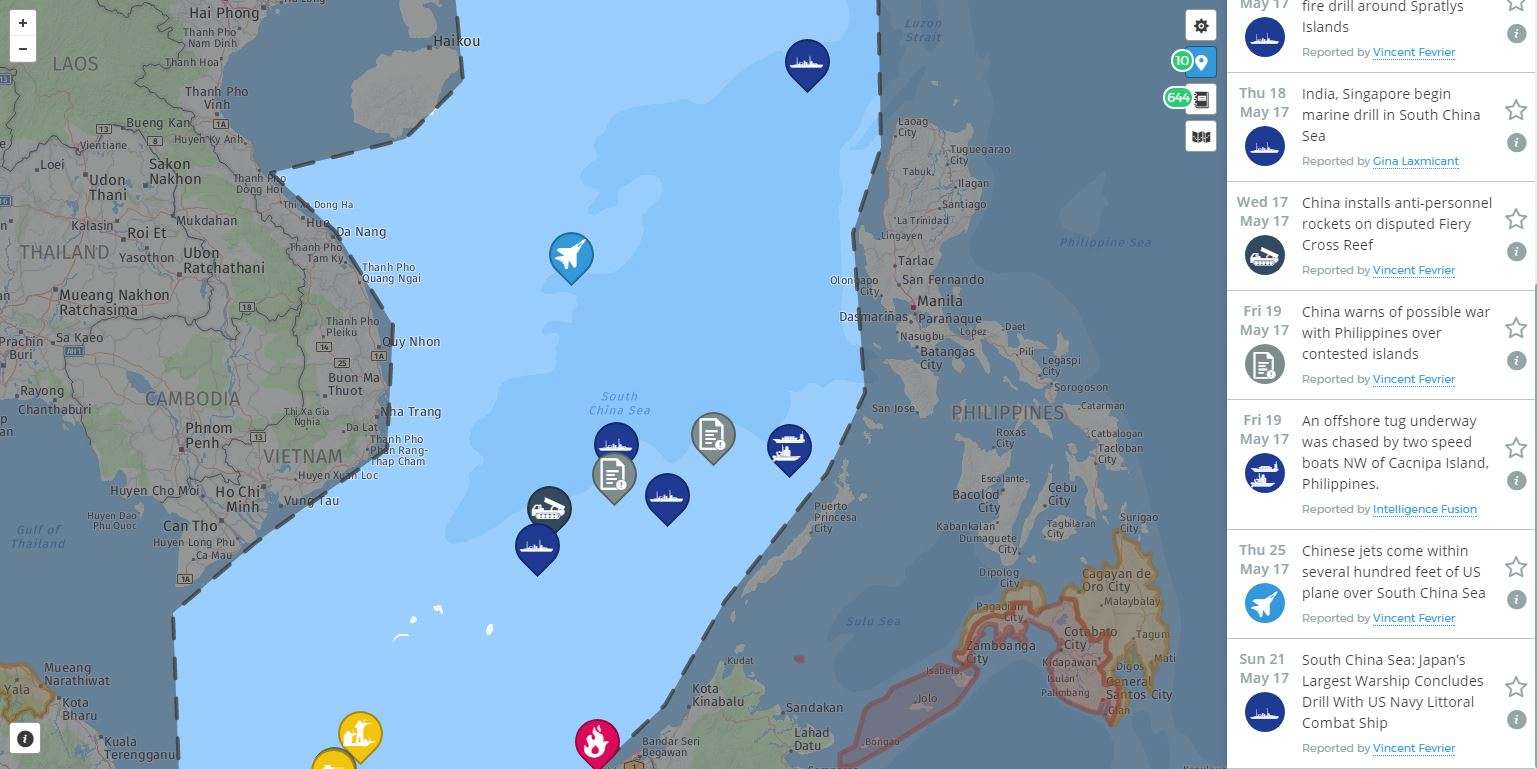 South China Sea Incidents: 16th May – 30th May 2017.
Tension across the South China Sea has continued to be present, and has manifested itself in rhetoric and action in response to several incidents. China has continued to militarize on the islands it claims as its own, installing rocket launchers on Fiery Cross Reef to ward off Vietnamese combat divers. Taiwan on the other hand had its Coast Guard hold a live fire exercise near Itu Aba island, prompting Vietnam to issue a statement asking Taiwan not to hold anymore such drills. In the last week of the month, a U.S. Navy ship sailed near Mischief Reef, less than 12 nautical miles off claims made by China. The maneuver was part of a âfreedom of navigationâ exercise; the first held under the Trump administration. On the same day, two Chinese J-10 fighter jets came within several hundred feet of a U.S. Navy P-3 Orion southeast of Hainan Island. Finally, several countries, who have claims to the sea, have continued to bolster their naval forces with purchases of new vessels. Vietnam received six new Coast Guard patrol boats from the U.S., while they also received a new high-endurance cutter from the U.S. in Honolulu. The situation will continue to be monitored, as it would only take one wrong move to lead to a more significant confrontation.
Outsource your intelligence requirements to us for as little as Â£270 per month and access not just our data on aSIA but the globe. 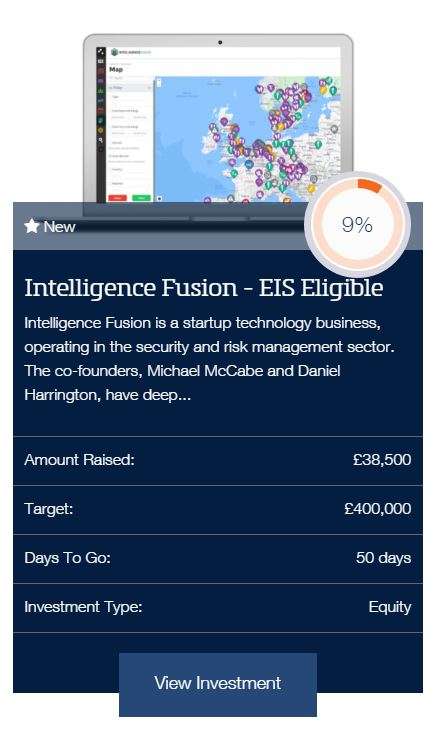 We are currently raising investment to fund our next phase of growth. INVEST
Back to Reports & Resources