The Threat of the Islamic State in South-East Asia, and the Counter-Terrorism Unit on the Frontlines in Indonesia

The Threat in South-East Asia
While the threat of foreign born Islamic State fighters returning to their countries of origin has been concentrated on those from Western Europe, a substantial threat is also present for those originally from South-East Asian countries such as Indonesia, Malaysia, and the Philippines. Additionally, the threat includes Islamic State inspired attacks perpetrated by nationals that have been radicalized or members of local terror groups. The threat is not only present, but has already been acted upon. On January 14th, 2016, the capital of Indonesia, Jakarta, was rocked by gunfire and explosions from four gunmen. The day ended with four civilian casualties, dozens more injured, and the death of all four gunmen. This was the first major attack in Indonesia in six years, and represented the first attack by the Islamic State in Indonesia.
It was not the first-time Indonesia has been hit by terror attacks, as they have been dealing with attacks from Al-Qaeda linked group Jemaah Islamiyah (JI) before, but it showed that the West was not the only place ISIS were looking to undertake attacks. In June of the same year, the Islamic State released a video with three South-East Asian combatants from Indonesia, Malaysia, and the Philippines, urging citizens of their own countries to join the Jihad in Syria and Iraq, or to reach the southern Philippines and fight there. The threat is not only from those already in country, but from the potential fighters returning from Syria and Iraq. 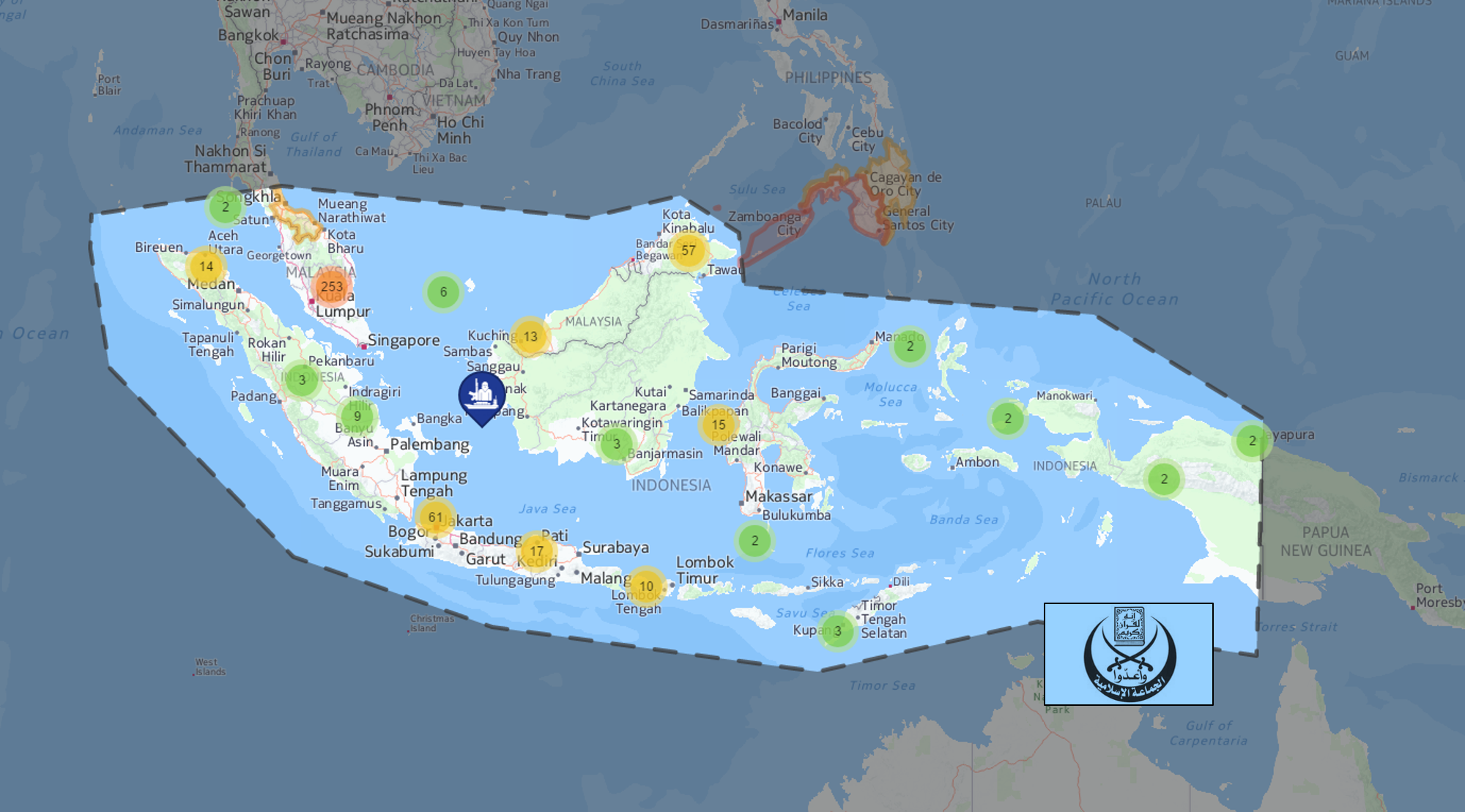 Area where Jeemah Islamiyah have a presence.
While in 2013, the number of Indonesians fighting in Syria was estimated at 50, that number grew to between 300 and 700 in 2016 and early 2017. One such Indonesian, who was the commander of South-East Asian militants in the ranks of the Islamic State, was killed after the explosives-filled car he was driving towards Syrian Army troops in Palmyra detonated prematurely on March 13th, 2017. Indonesians engaged in fighting in Syria and Iraq pose a threat to their homeland and South-East Asia through the possibility of returning and perpetrating attacks as small terror cells or lone wolves; and by recruiting and radicalizing the next wave of Indonesian terrorists to join attacks at home or in the southern Philippines. In October 2016, Indonesiaâs National Counter-Terrorism Agency said that at least 53 Indonesians had come back to Indonesia from Syria after having joined the Islamic State, and that they were looking for recruits. Of those 53, it was said, the threat was not only from those already able to fight, but it also comes from the children that were brought along, that are very influential and may have been radicalized. It is therefore important for the authorities to reach those children quickly to de-radicalize them.
Additionally, the role of women in terror activities is increasing, as groups are now more willing to give them a fighting role rather just as wives, mothers and teachers. Women attract less attention and therefore can reach targets more easily. In 2016, two women were arrested after having used encrypted messaging services to plot the bombing of presidential palace in Jakarta. It is not uncommon for women to be recruited for illegal activities. Drug traffickers have used women foreign-workers before to smuggle drugs into countries, as they are more vulnerable to be persuaded to perform such activities.
The threat of ISIS in South-East Asia has been acknowledged by many regional powers. In January 2017, the Defense Secretary of the Philippines announced that intelligence showed that the leader of Abu Sayyaf in the Philippines, on the command of the Islamic State, was exploring possibilities of expanding outside its normal realm of operations in Basilan, Sulu, and Tawi-Tawi, into areas of Mindanao. In March, Australiaâs Foreign Minister expressed a similar sentiment that the Islamic State may declare a Caliphate in Mindanao, as their grip in the Middle East has been waning, particularly with the current offensive in Mosul, Iraq. These statements reinforce the fear of returning fighters to the region to perpetrate attacks. The possibility of militants travelling between Indonesia, Malaysia, towards Mindanao in the Philippines, was confirmed in the early months of 2017.

Abu Sayyaf related incidents on Intelligence Fusion.
In early January, Malaysian authorities launched a manhunt for a former university lecturer turned militant, accused of recruiting fighters in the region. It is thought he took the sea route in Tawau, Sabah to reach the southern Philippines. A couple months later, it was reported that an immigration officer working at the Sandakan airport in Malaysia had been secretly accepting payment to secure safe passage for Islamic State militants from Indonesia to the Philippines. As of now, she is known to have helped three militants. In the same month, others were arrested including one ferry ticket-seller, for having assisted in the process of smuggling militants across borders. The threat of attacks in South East Asia is not only present, but has already been acted upon, and has led to regional powers to work together to ensure the safety of all in the region against future acts.
What Have Countries in the Region Done?
There are already numerous military alliances established within the region, but additional steps have been taken in recent months to strengthen national or regional agreements to fight the threat of the Islamic State. In October 2016, Malaysia launched the National Special Operations Force (NSOF), as the lead agency to battle the threat of terrorism. The unit is comprised of personnel from the armed forces, police, and the Malaysian maritime enforcement agency. It is in place to act as the first responder to any terror situation in the country, and it was created in direct relation to the threat posed by the Islamic State. 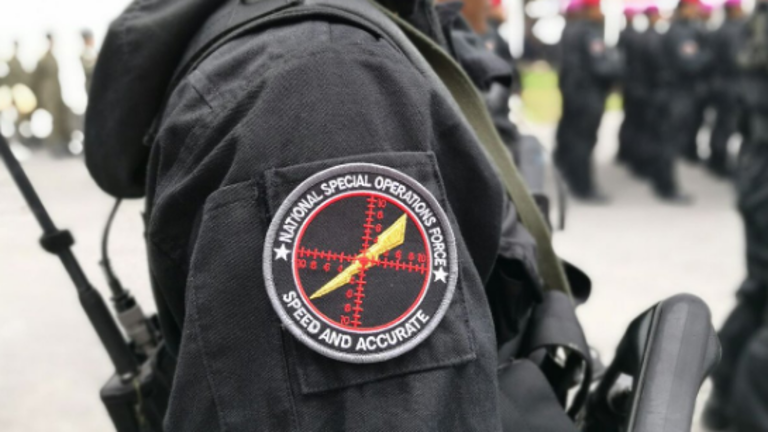 NSOF
Australia, as one of the most powerful countries in the region, has also been active in establishing stronger relations in the fight against the Islamic State. Both themselves and Indonesia have pledged to work together to stem the funding of terrorist activities, by working on developing a common understanding on how to locate the source of the funding, and how to dismantle the funding networks. In March of this year, Malaysia and Australia met and agreed to empower the âFive Power Defense Agreementâ, made up of both countries plus Britain, New Zealand and Singapore, by pooling resources and strengthening their military defenses.
Who are Densus 88?
In 2016, police in Indonesia killed 33 people and arrested 170 for foiled attempts to launch attacks, which represents a significant increase from the previous year. The quarter of 2017 has already seen multiple arrests and counter-terror raids undertaken in Indonesia, foiling multiple plots. The unit in charge of these arrests and raids is Detasemen Khusus 88, or Densus 88, a group formed with the sole purpose of hunting down various terrorist elements in Indonesia, to ensure a repeat of previous attacks does not happen. 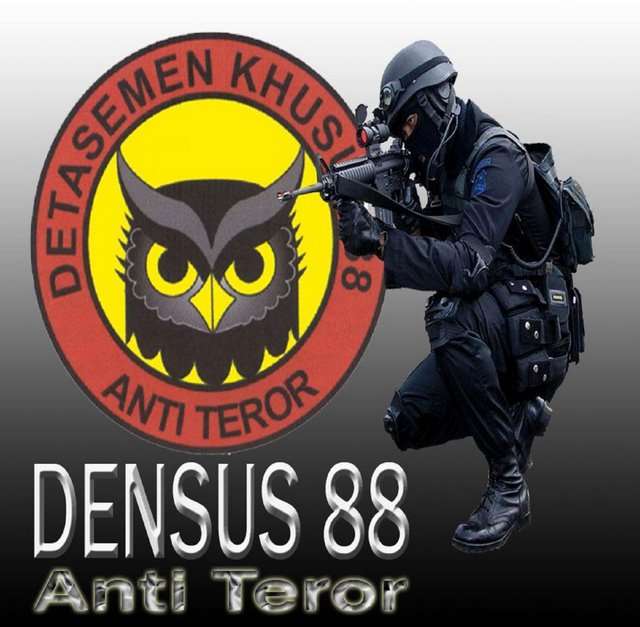