WEEK 1: SHOCK, AWE AND TOPPLE
This is a weekly report where we look at incidents linked to the currently escalating situation in North Korea.
Recent Incident Maps 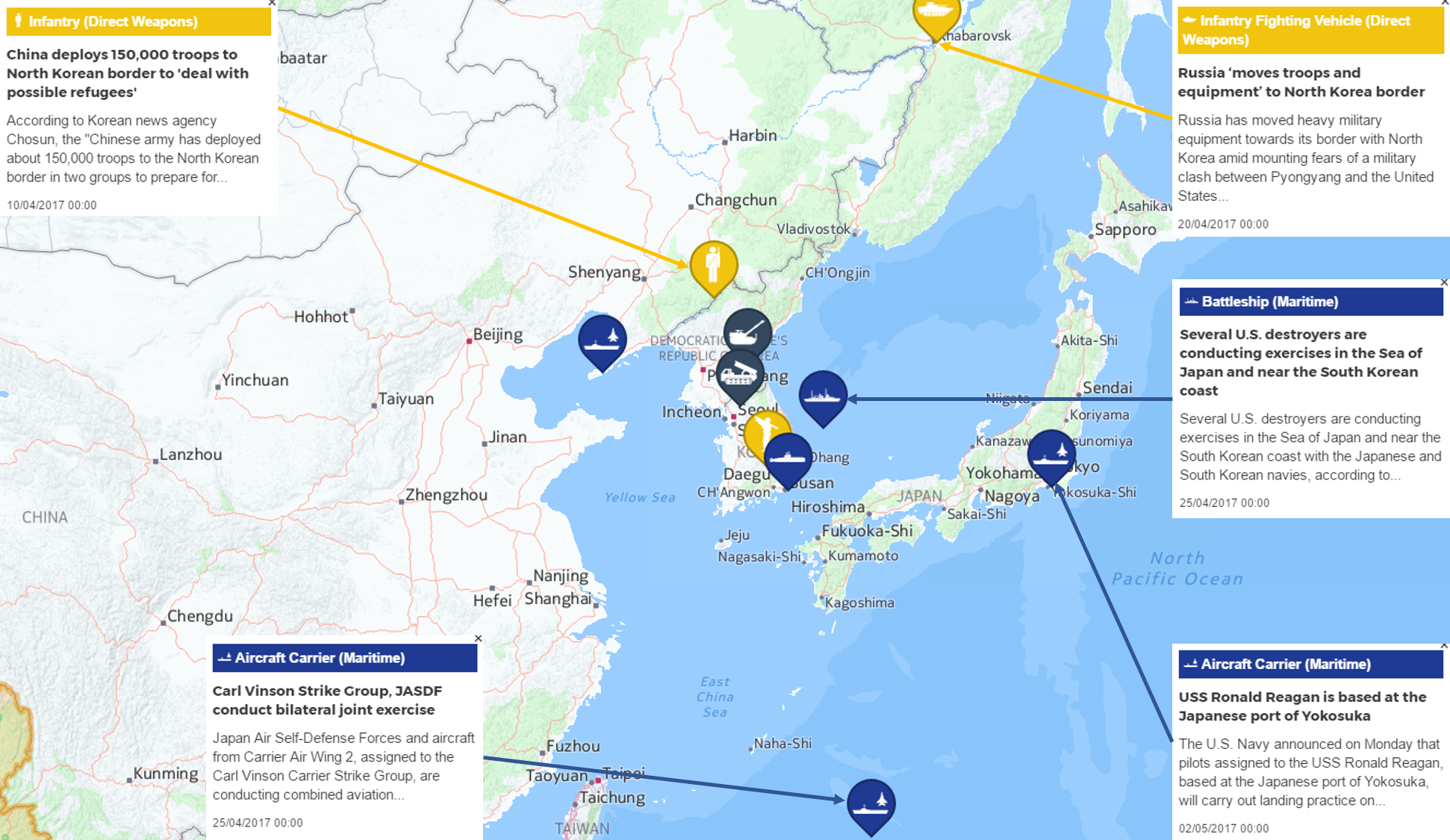 Click on above images to expand.
Incident Details
THAAD Missile Defence System
Terminal High Altitude Area Defense (THAAD), is a United States Army anti-ballistic missile system which is designed to shoot down short, medium, and intermediate range ballistic missiles in their terminal phase using a hit-to-kill approach. READ MORE ABOUT THAAD The system – agreed last year under the Obama administration – is not expected to be operational until the end of 2017. 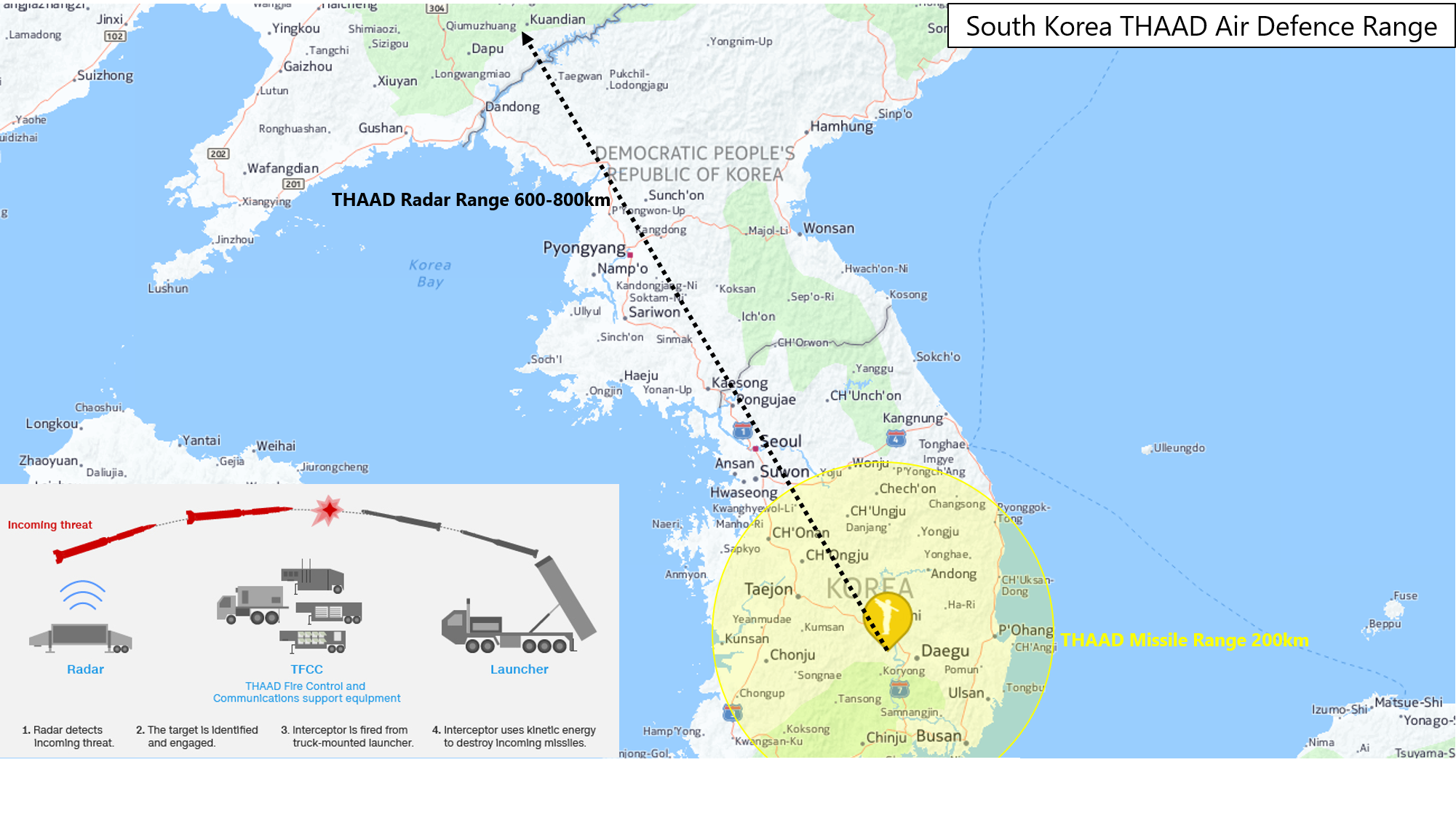 Click on above image to expand.
COMMENT: Although this system was agreed to prior to President Trump coming to power, due to the current escalation of tensions in the region, this will only further signal to North Korea, that the United States are preparing to conduct a preemptive strike. COMMENT ENDS
Arrival of USS MichiganCOMMENT: The USS Michigan (SSGN) has been outfitted to stealthily deploy up to 66 Navy SEALs or other special operations troops and their equipment for infiltration. The two forward most missile tubes have been permanently converted to lock-out chambers that allow clandestine insertion and retrieval of SOF personnel. Each lock-out chamber can also accommodate a Dry Deck Shelter (DDS) removable module, enhancing the SSGNs’ SOF capabilities that is seen here in this recent image. The DDS allow divers easy exit and entrance while the boat is submerged. COMMENT ENDS 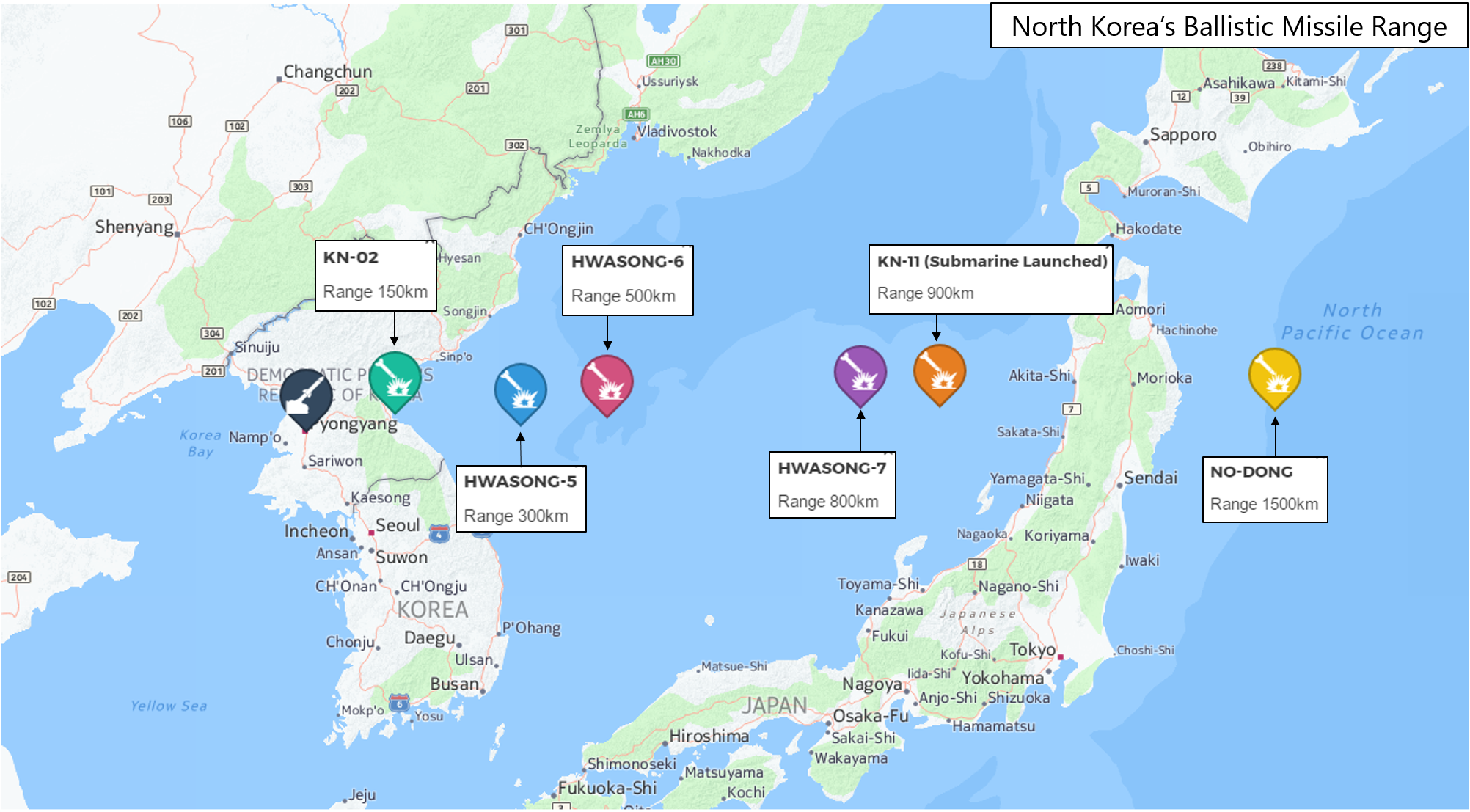 Click on above images to expand.
Notable Media – The Difficulty of a Ground Offensive into North Korea
COMMENT: The first point to note would be the nuclear facilities that US forces would have to secure. The following map shows not only enrichment and research facilities, but also mines and testing sites. The main point from looking at these facilities is that the main effort would be to take the nuclear hub area, which stretches from Pyonyang to the border area with China.

The video notes that US troops have difficulty surging into the country. A basic intelligence preparation of the battlefield (IPB) study shows us why that is. COMMENT ENDS Some 80 percent of North Korea is composed of mountains and uplands, separated by deep and narrow valleys. The coastal plains are wide in the west and discontinuous in the east. A great majority of the population lives in the plains and lowlands. According to a United Nations Environmental Programme report in 2003, forest covers over 70 percent of the country, mostly on steep slopes.

COMMENT: On the above image, the areas in brown are mountainous, the majority of which are covered in dense vegetation. There are routes which criss cross through these mountains, however, it would have to be expected that these would be mined or destroyed as delaying tactics, plus attempting to fight through this elevated area against an opponent on home soil would be very costly. There are major waterways that cross the country, requiring bridging equipment, in the likely event that North Korean forces destroy bridges as they withdraw. This will also slow any offensive, allowing withdrawing troops to fall back to prearranged defensive positions. 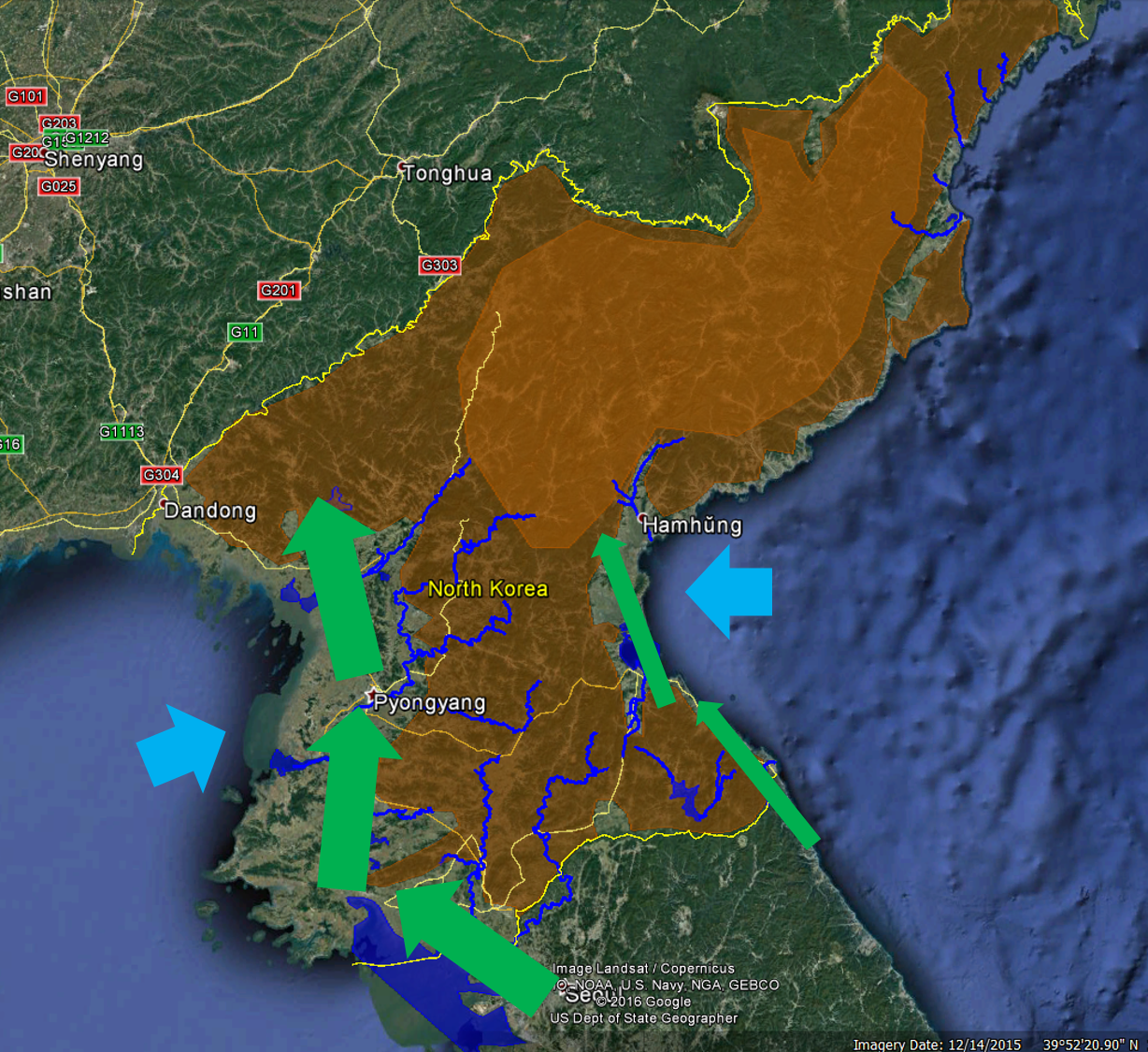 Using a basic IPB study it seems likely that a main offensive into North Korea would have to drive up the west of the country aiming for Pyonyang and the nuclear facilities to the north. A minor secondary offensive would likely push north in the east of the country, both of which would likely be supported by maritime landings in the east and west. It seems likely, once an offensive force has taken the major population centres, it would then face guerrilla warfare by sleeper units in the cities, as well as forces operating in the mountains, which would eventually have to be cleared. Based on the significant losses that the US forces would face, coming on the back of two major conflicts in Iraq and Afghanistan, it seems unlikely that President Trump would risk a ground offensive. The more likely strategy would be a massive air, missile and special forces operation to take out their strategic weapons, in an attempt to weaken Kim Jong Un’ position, until an internal coup takes place, perhaps supported by China. SHOCK, AWE AND TOPPLE. COMMENT ENDS
Back to Reports & Resources