WEEK 5: Advances in Rocketry and Leaked Conversations
This is a weekly report where we look at incidents linked to the currently escalating situation in North Korea.
Recent Incident Map 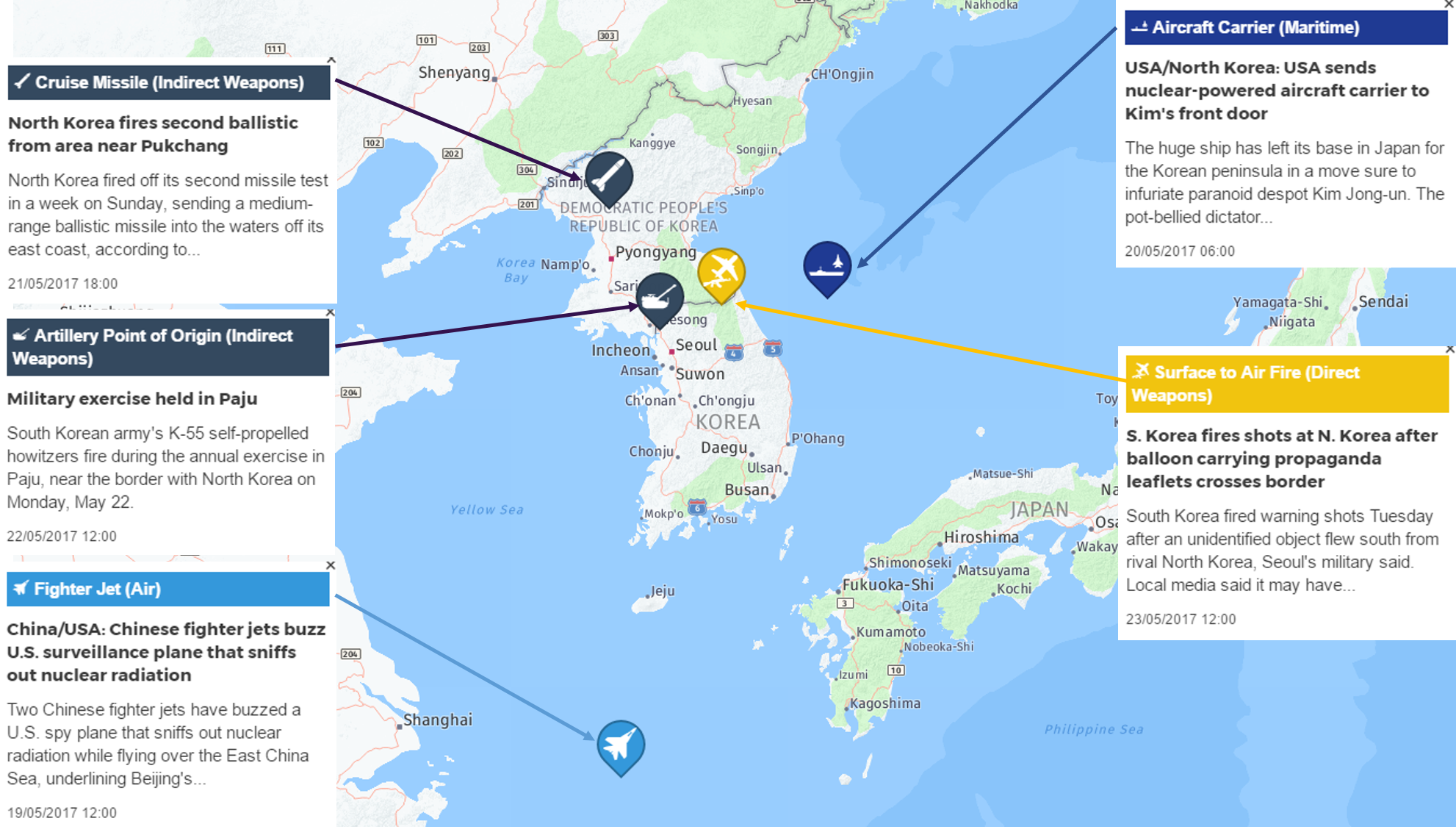 Click on above image to expand.
North Korean Missile Test 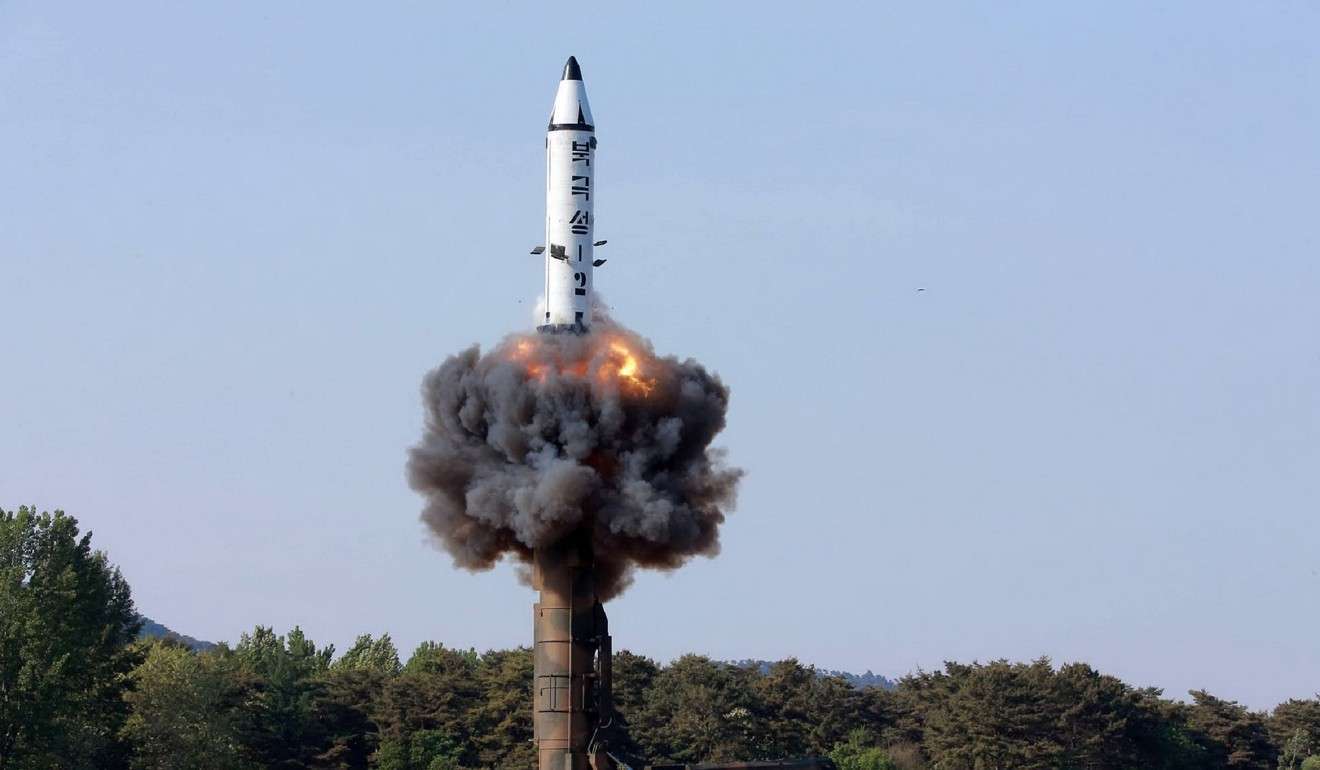 On 22nd May, North Korea tested a ground to ground medium to long range strategic ballistic missile. The test was reportedly successful, not only in terms of the projectile making it into space, but also re-entering Earth’s atmosphere without suddenly exploding. This re-entry is important because of the difficulty due to the Earth’s curvature, with a miscalculation taking the rocket off course. Another notable development was that during re-entry the rocket was able to withstand the extreme heat, which means that it has an inner core that could protect a nuclear device during flight. Experts are stating that it will take about three years for the technology to be applied to intercontinental ballistic missiles, which are capable of striking the United States.
Following the successful test, in which the missile, Pukguksong-2 (Poseidon-2) flew about 500km (310 miles) and reached a height of 560km (350 miles), North Korea is set to begin mass production, ready for it to be deployed to the Korean People’s Army Strategic Battle Unit.
Trump-Duterte Leaked Conversation 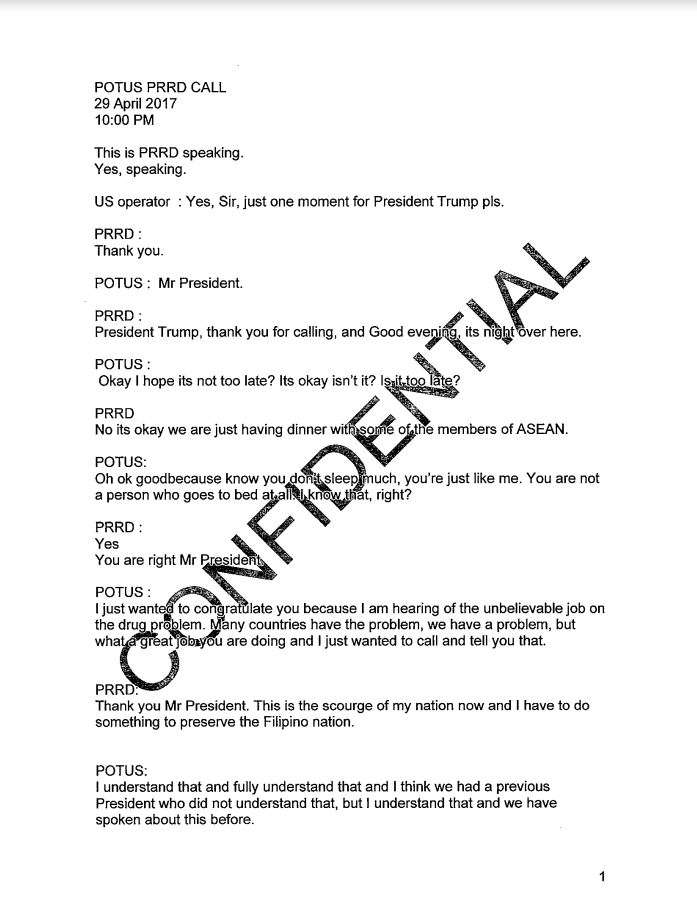 A transcribed conversation between President’s Trump and Duterte of the Philippines on 29th April has been leaked and released by The Washington Post and The Intercept. You can read the full conversation HERE
The main points from the conversation were:
– ASEAN summit members are nervous regarding the Korean peninsula situation.
– China does have power over Kim Jong Un.
– The United States has two nuclear submarines in the region.
– President Trump is relying on China to solve the issue with North Korea.
– If North Korea does not cooperate, the United States has 20x the firepower of North Korea, although ‘they don’t want to use it’.
UN vows to tighten sanctions on North Korea
The United Nations Security Council has vowed to push all countries to tighten sanctions against North Korea, in an attempt to force North Korea to change course and end its ‘highly destabilising behaviour.
China’s Imports Of North Korean Goods Drops To Near Three-Year Low
Chinaâs imports of North Korean goods dropped to the lowest point in nearly three years in April. This could suggest efforts by the Chinese to pressure their neighbour to change course. In April, Chinese imports of North Korean goods dropped below $100 million to $99.3 million, the lowest trade figure since June 2014, reported Reuters, citing Chinese customs data.
We are currently raising investment to fund our next phase of growth.
Back to Reports & Resources