WEEK 4: Rockets and Possible Cyber Warfare
This is a weekly report where we look at incidents linked to the currently escalating situation in North Korea. 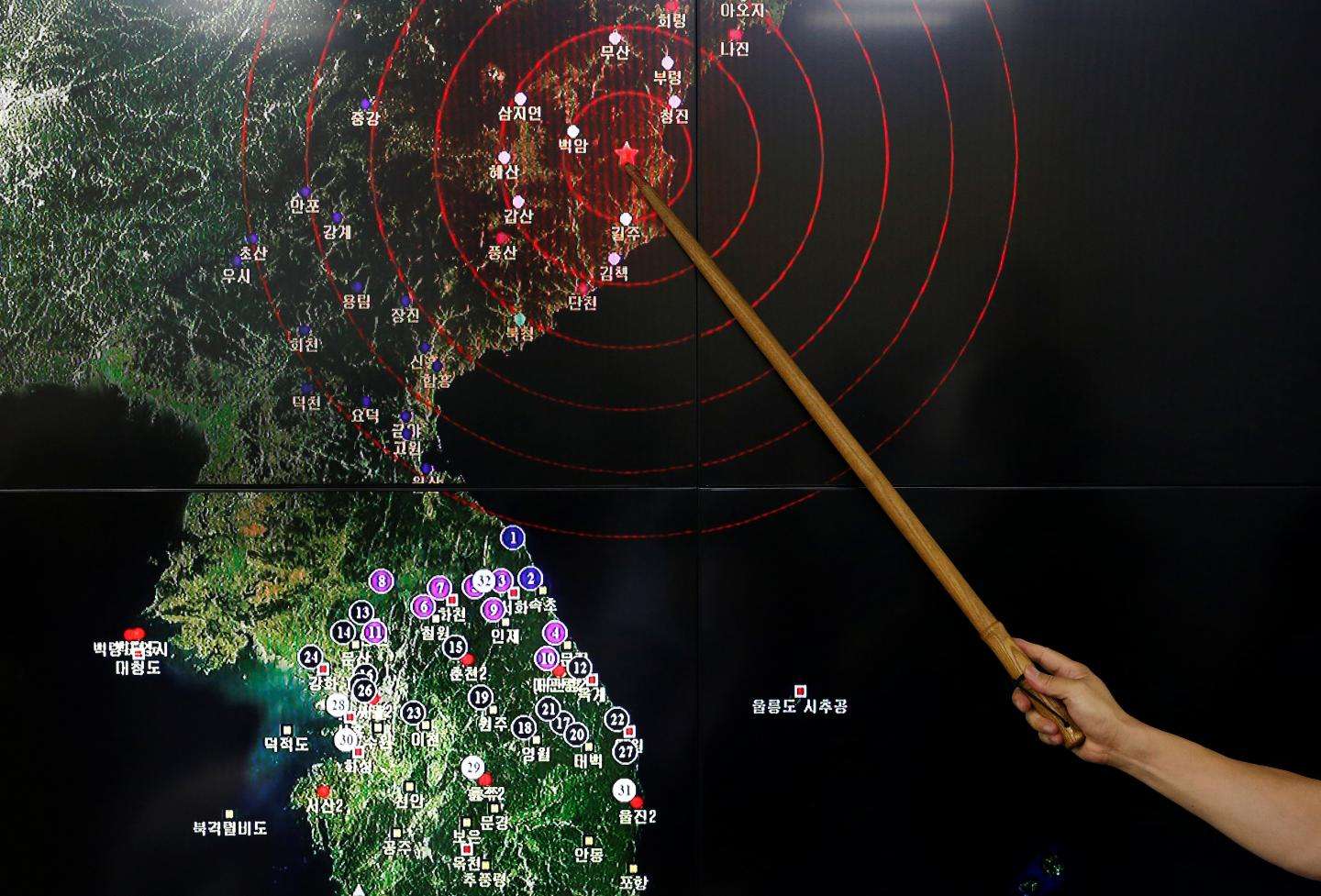 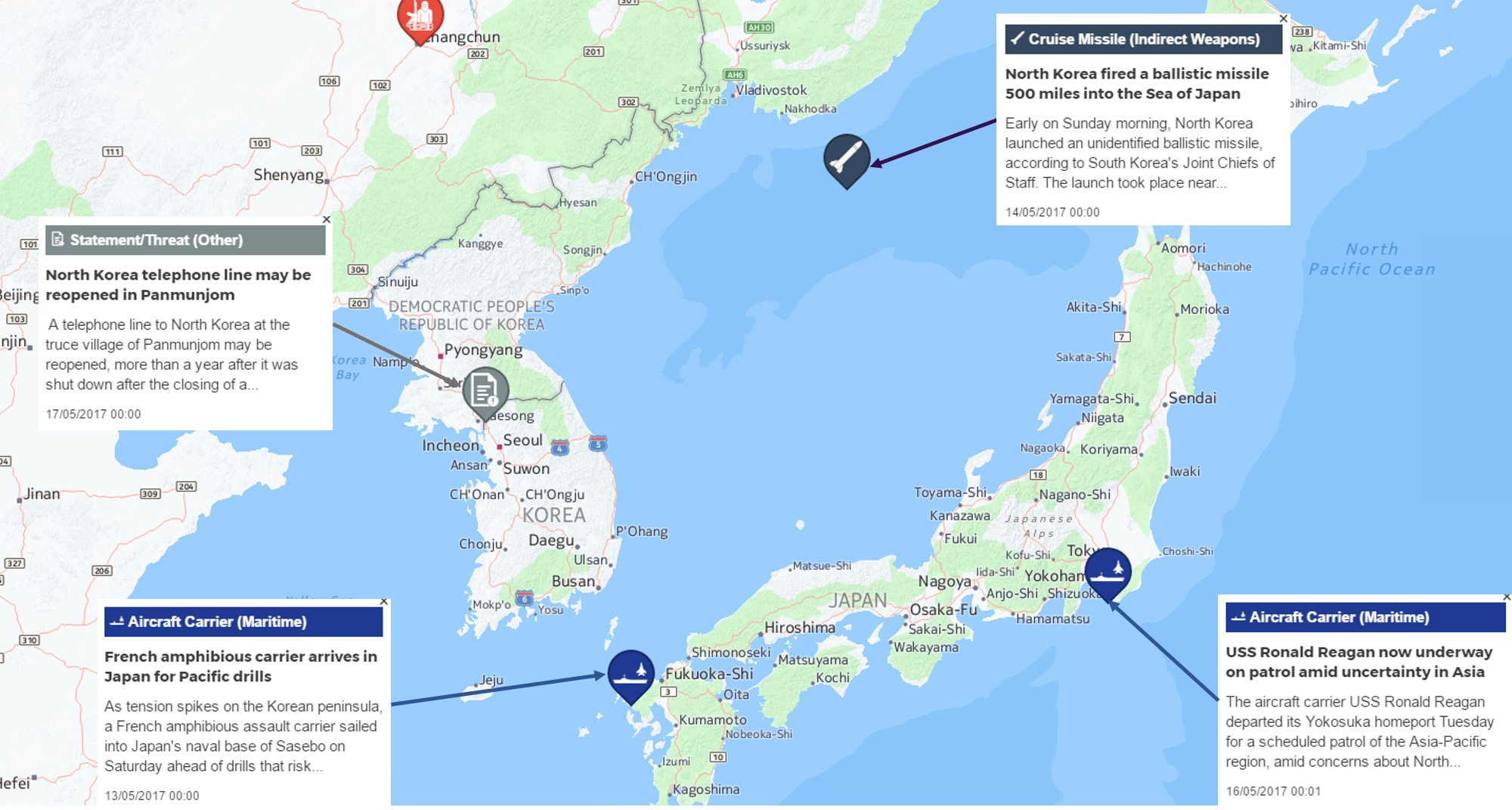 Click on above images to expand.
North Korean Missile Test
On 14th May 2017, North Korea launched a missile from a launch pad in the area of Kusong, in the northwest of the country. The missile has been dubbed the ‘Hwasong-12’ and has reportedly ‘the longest range of any ballistic missile successfully tested by North Korea.’ The missile travelled almost 500 miles, landing off the coast of Russia. Defense Minister Han Min-koo said at a meeting of the National Assembly’s defense committee that the THAAD’s radar in South Korea detected North Korea’s launch on Sunday. Han said South Korea’s military separately detected the Sunday launch, using its own intelligence assets.
John Schilling of Washington-based monitoring project 38 North said: ‘North Koreaâs latest successful missile test represents a level of performance never before seen from a North Korean missile. The missile would have flown a distance of some 4500 kilometers if launched on a maximum trajectory. It appears to have not only demonstrated an intermediate-range ballistic missile (IRBM) that might enable them to reliably strike the US base at Guam, but more importantly, may represent a substantial advance to developing an intercontinental ballistic missile (ICBM).’

Click on above image to expand.
WannaCry Ransomware Attack
Spreading across 150 countries with over 200,000 victims, WannaCry has been described by Europol as âunprecedented, requiring a complex international investigation to identify the culpritsâ. Law enforcement agencies and security services from around the world have been trying to work out who was responsible for an attack which wreaked havoc across the globe. Researcherâs initial indications appear to be pointing towards a hacking group called Lazarus, believed to operate under North Korean government control. If proven, this cyber-attack was conducted the same weekend as Kim Jong Unâs regime launched a new type of ballistic missile, which showed a level of performance never seen from a North Korean rocket. Both incidents risk escalating an already tense situation in Southeast Asia, which could lead to a pre-emptive strike by the United States, if it feels it is at risk of being targeted both by military and cyber means.
Timeline of this week’s rhetoric

Click on above images to expand.
Back to Reports & Resources