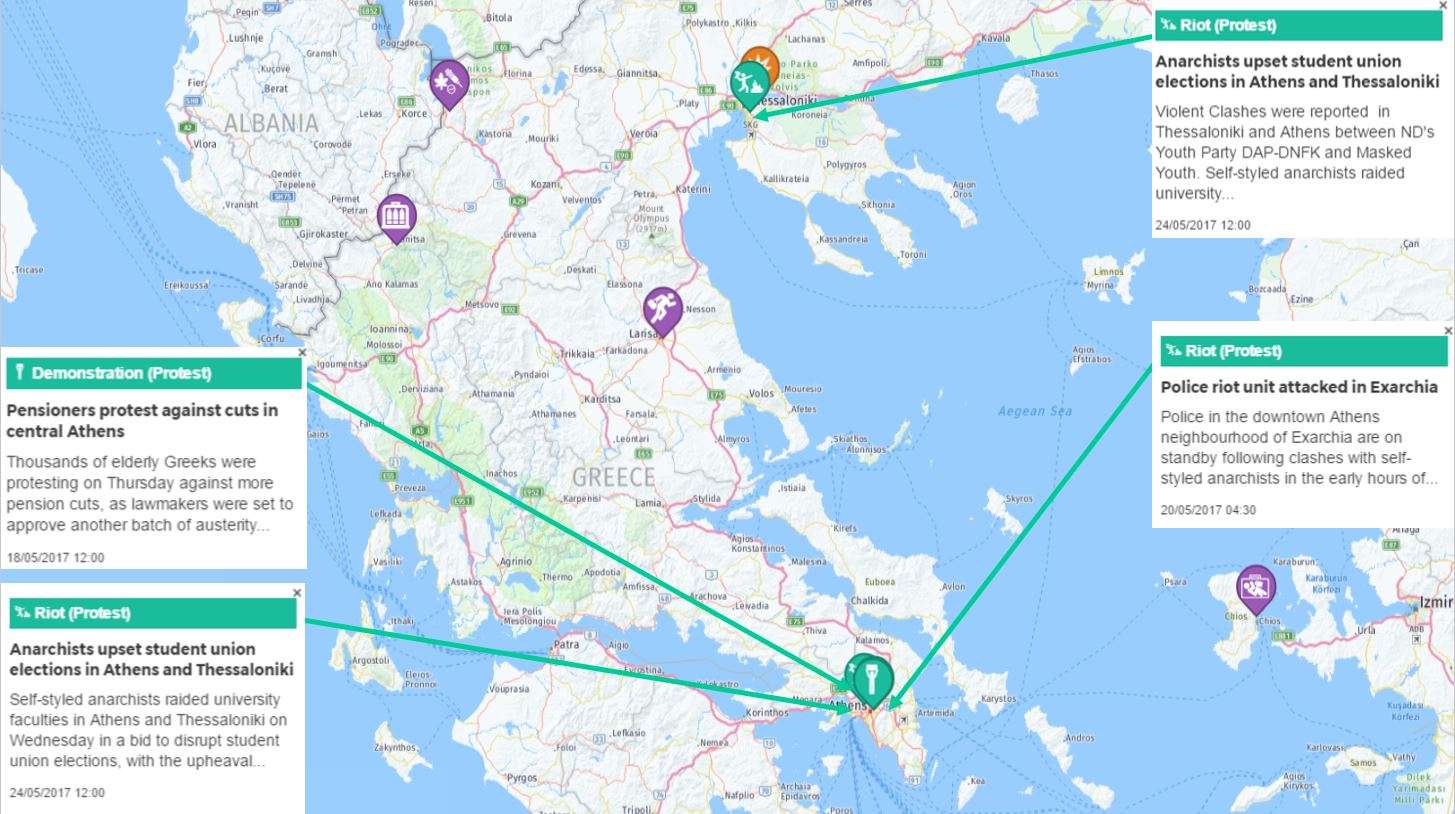 Greece: Click on above image to expand.
With the majority of incident reporting focusing on events in and related to Manchester, United Kingdom this week, this report looks at other significant incidents of note occurring across Europe.
Greece
Social unrest continues in Greece as a series of strikes by workers gripped the country. A large demonstration conducted by thousands of Greek pensioners occurred on 18 May followed by clashes between police and anarchists in Exarchia, Athens on 20 May. Clashes between police and anarchist factions in this neighbourhood occur on a regular basis with police regularly begin targeted by masked groups of protesters using petrol bombs overnight. On 24 May violent clashes occurred as left wing extremist groups attempted to disrupt student elections in Thessaloniki and Athens. Full details are available to subscribers. 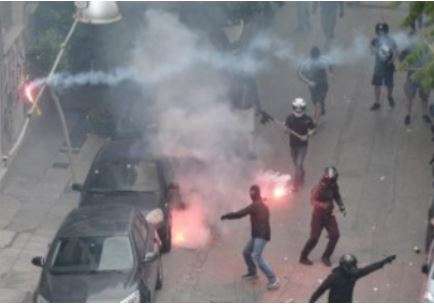 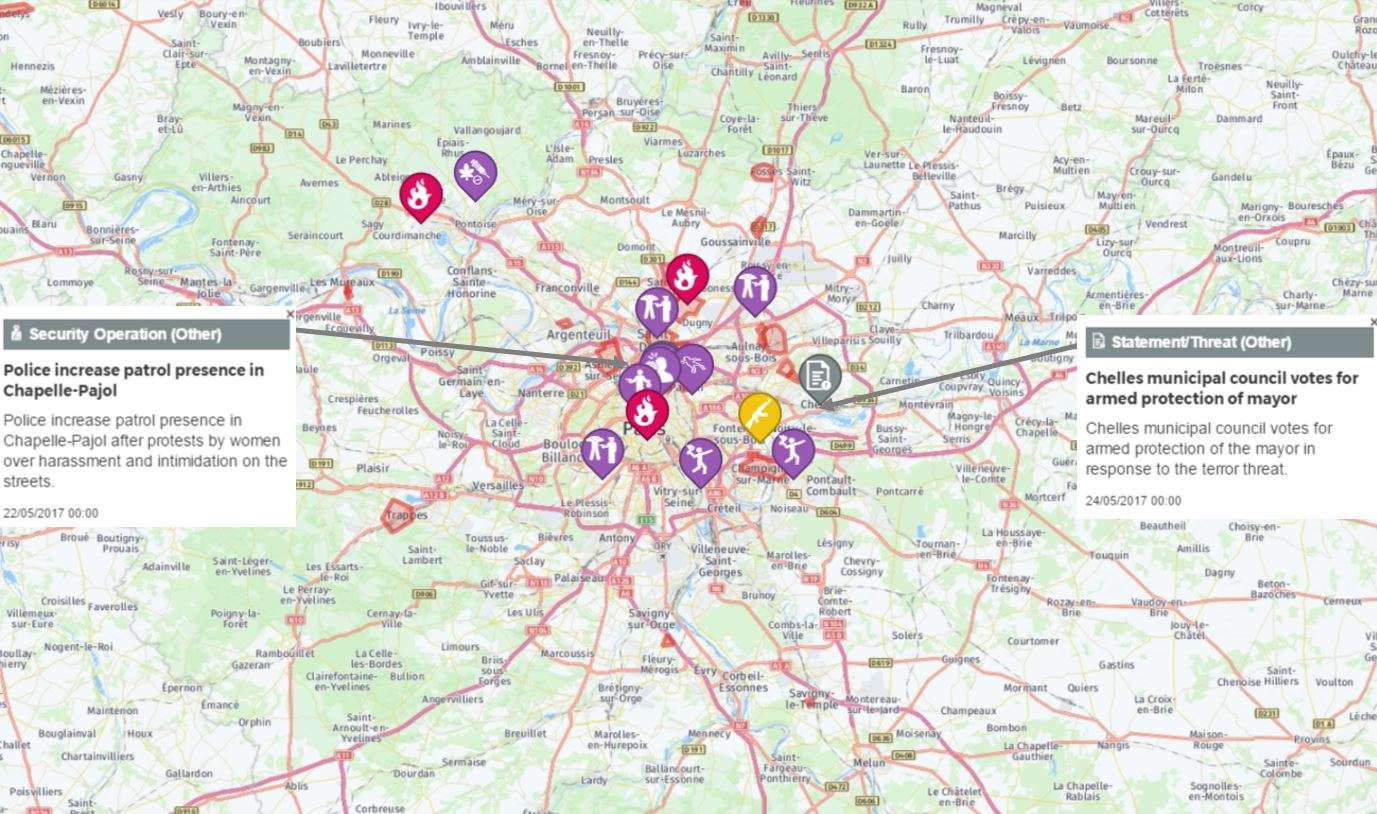 Paris, France: Click on above image to expand.
France
In Paris, police increased patrolling in the neighbourhood of Chapelle- Pajol from 22 May after local women demonstrated previously over increased harassment and intimidation in the area. Chelles municipality also voted for armed protection of their mayor in response to an increased terror threat. Multiple arson attacks were also carried out in the Parisian suburbs. 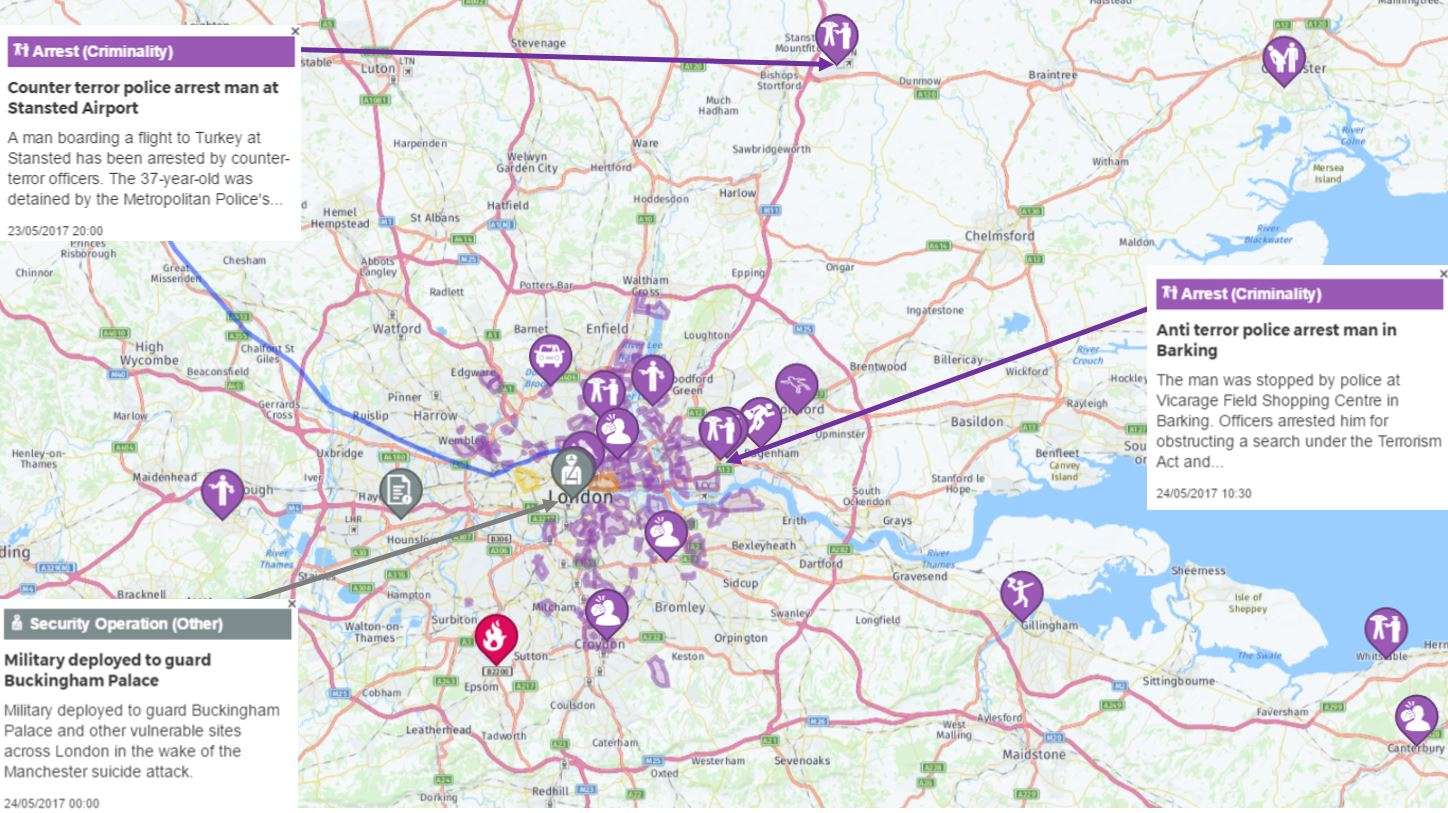 London, United Kingdom: Click on above image to expand.
United Kingdom
In London, counter- terrorism police made two significant arrests at London Stansted airport on 23 May and on 24 May in Barking. Both incidents are not believed to be connected to the Manchester attack on 22 May. A post incident report on the Manchester suicide attack is available on this site and updated incident reporting is available to subscribers. As a response to this incident the military has been deployed to guard important critical locations across London including Buckingham Palace and 10 Downing Street. 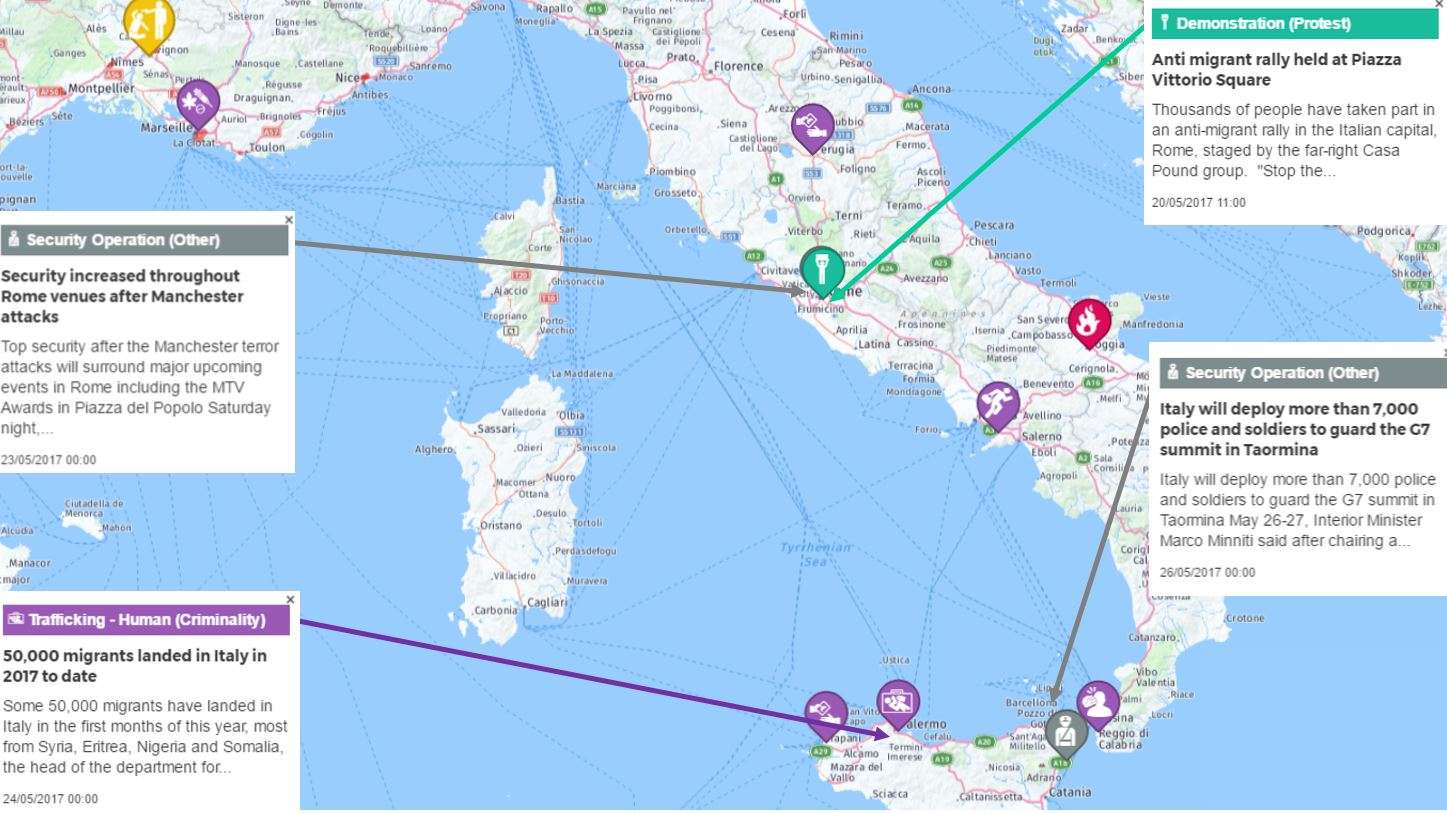 Italy: Click on above image to expand.
Italy
In Italy it has been revealed that at least 50,000 migrants have arrived in the country to date in 2017. This has broken previous records. An anti migrant rally was held in Rome on 20 May and police stated that they would increase security across the capital after the Manchester attack. The G7 summit in Taormina beginning on 26 May has also led to a huge security operation involving more than 7,000 security personnel. Further similar Europe wide incidents including countries such as Germany, Spain, Austria, Sweden and Belgium are available to subscribers. In the past 7 days, we have collated nearly 300 significant incidents for Europe alone.
Back to Reports & Resources