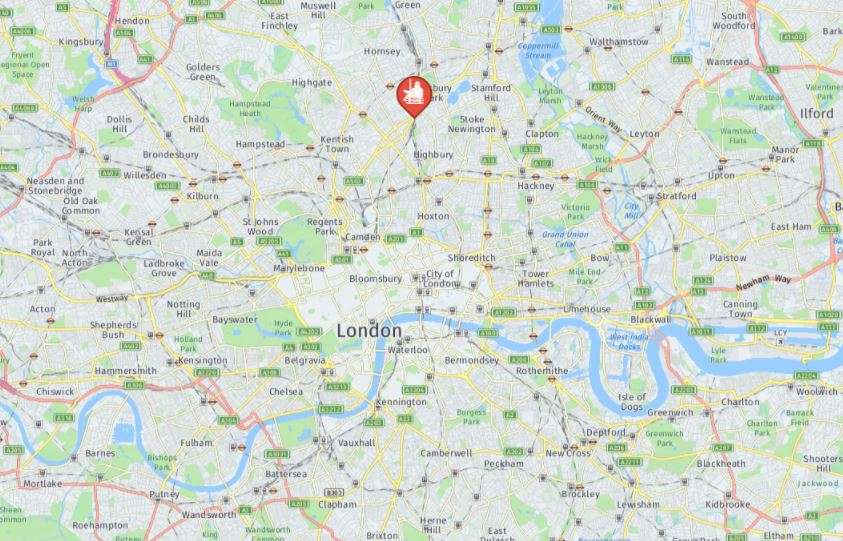 Location of Finsbury Park Mosque, Islington attack
A vehicle has struck pedestrians resulting in a number of casualties in north London. One person was arrested following the incident near Finsbury Park Mosque on Seven Sisters Road, Islington. Officers were called at 00.20 BST and remain at the scene, the Metropolitan Police said, describing it as a “major incident”. London Ambulance Service said it had sent “a number of resources”. Witnesses said the area was busy because worshippers had been attending evening prayers. One fatality was confirmed at the scene, while a further eight are being treated across three London hospitals and two victims were cared for at the scene.
Eyewitnesses reported seeing bystanders wrestle the suspect, a 48 year old white male, to the ground and pin him down until officers arrived. Some social media reports describe the attack as “Islamophobic”, and described the attack as a van “randomly swerving off the main road and running over several Muslim men.” The police operation is being handled by counter-terrorism units, while the suspect has been taken to hospital and will be detained once released before undergoing a mental health assessment. The attacker allegedly was heard to say ” I want to kill all Muslims” at the scene by local witnesses. At least one eyewitness also states that at least one man was stabbed although at the time of reporting this was unconfirmed. The vehicle used appears to have been rented from a company based in Wales, Pontaclun Van Hire.
Back to Reports & Resources