Turning Tides: The Philippines’ relationship with the United States 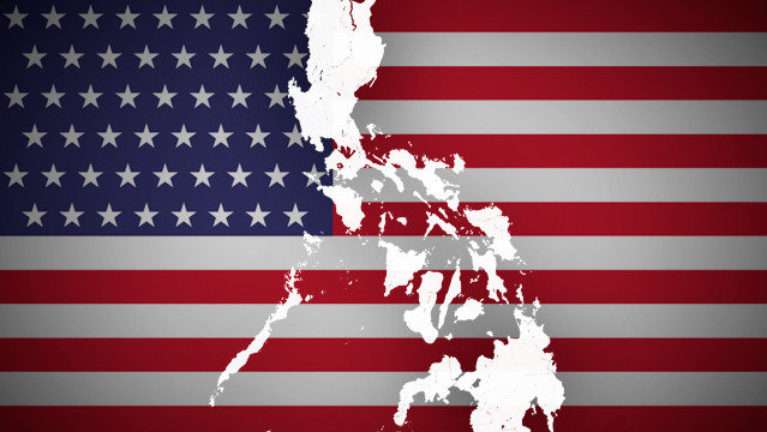 The foreign policy of the United States has been focused strongly in recent years in the Middle East particularly due to the war in Iraq, the recent conflicts in Yemen and Syria and the internal displacements of populations it has caused, but also its alliances with Israel and Saudi Arabia, and the recent Iran Deal. When President Obama assumed office in January of 2009 though, a shift in foreign policy occurred. In U.S. Secretary of State John Kerryâs Cabinet Exit Memo, it was reiterated that âsince 2009, we have rebalanced our foreign policy to reflect the growing importance of the Asia-Pacific region to U.S. interests. With nearly half of the worldâs population, one-third of global GDP, and some of the worldâs most capable militaries, the Asia-Pacific is increasingly the worldâs political and economic center of gravityâ¦Over the last eight years, we have strengthened the regionâs institutional architecture to reinforce a rules-based order, including in the maritime arena.â
Also, mentioned in the memo was talks that positive strides were made in the relationship with China, seen as their biggest bilateral relationship in the world today. Yet, it was also mentioned the continued disagreements in regards to topics such as human rights, cyber security, and disputes in the East and South China Seas. These challenges and disagreements have only been exacerbated by the continued push between the countries to become the leading power within the region. U.S. military assets in Japan, South Korea, and the Philippines among others have pushed China to build up its strategic assets in other parts of the region, most notably with a series of territorial claims in the South China Sea, and the buildup of its maritime capabilities. In recent months, a hitch in Obamaâs Asian foreign policy has been the tension between the administration in Washington and the newly elected President of the Philippines, Rodrigo Duterte.
President Rodrigo Duterte of the Philippines took office on June 30th, 2016 with promises of suppressing the drug trade and ridding the country of drug-lords, ending corruption in government, and an overall suppression of crime by bringing in his famous law and order style that he employed as Mayor of Davao City on the Southern Island of Mindanao. A style that has been riffled with controversy with talks of vigilantes and death squads employed by the Mayor to rid the city of drugs and criminals.
Since his presidency started, so has his âWar on Drugsâ which has garnered fiery opposition from abroad such as the United States, as well as domestically, for its violations of human rights and the number of deaths of alleged drug pushers and criminals, with some gunned down in broad daylight by vigilantes. This opposition to his policies regarding how to handle the domestic policy of his country by the United States was the beginning of what seems to be a shift in the Philippinesâ relationship with the United States.
Prior to President Duterte taking office, President Benigno Aquino III had maintained a cordial relationship with the United States, one of their strongest allies particularly to push back against Chinese influence in the region, most importantly in the matter of territorial claims in the South China Sea, where economic and geopolitical gains were at play. A court case brought to Permanent Court of Arbitration in The Hague by the Philippines, in regards to Chinaâs territorial claims in the South China Sea, had the court rule in July 2016 that China had âno legal basisâ, therefore giving a victory to the Philippines who had brought about the case. This will also be a victory for other claimants of portions of the South China Sea, such as Vietnam, Malaysia, and Brunei. 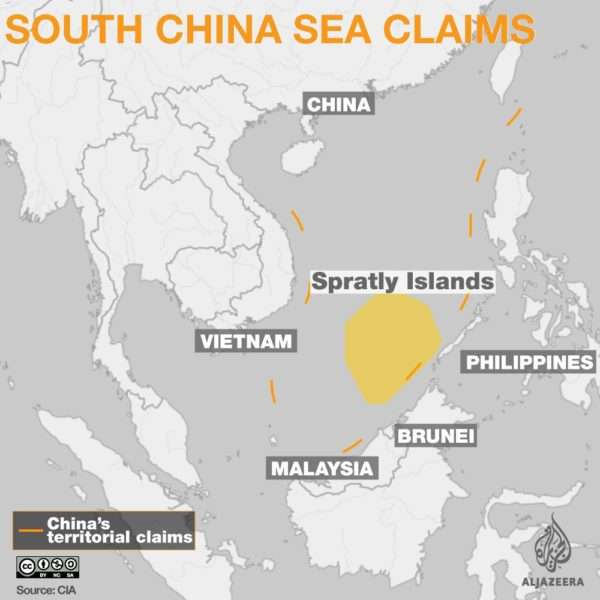 Additionally, a few months before President Aquino III would leave office, the Philippines âagreed to allow the United States to use five military bases where U.S. troops and supplies can be stationedâ agreed under the Enhanced Defense Cooperation Agreement (EDCA), in March 2016. This agreement would allow the U.S. military to make use of the Antonio Bautista air base, the Basa Airbase, Fort Magsaysay, the Lumbia Airport, and the Mactan-Benito Ebuen Airbase. The EDCA sets the terms of the relationship between the Philippines and the United States regarding mutual military cooperation, but in short allows for an increase in U.S. military assets in country through a rotation of various ships and planes for various missions, be them humanitarian or maritime security combating piracy or undertaking military drills. 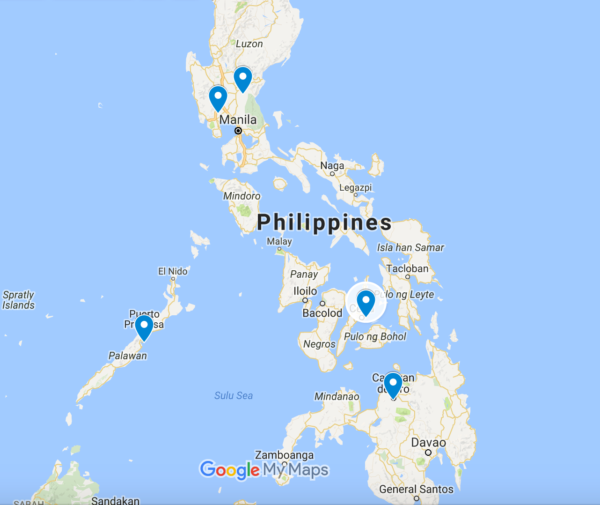 A few months after being sworn into office, President Duterte, in September of 2016, reversed some his predecessorâs work after he demanded the departure of U.S. military personnel from the southern island of Mindanao where they serve as advisers, as he said they were a target for the terrorist group Abu Sayyaf, and saying their presence would only keep the conflict going longer with separatist groups in the South. These remarks continued a trend of Duterte pushing back against U.S. influence within the Philippines and Asia, particularly after earlier having called President Obama a âson of a wh*reâ. The relationships between the two countries has continued to be on tender ground since, particularly with President Duterteâs relationship with some of the U.S.âs biggest strategic adversaries turning into potential long term projects.
Beginning of January 2017 has already seen relations between the Philippines and Russia and China to be more friendly, with China backing the Philippines for the ASEAN rotating presidency, particularly as China pushes for stronger ties with ASEAN. The relationship with China improving particularly after the victory scored by the Philippines and the U.S. regarding the territorial claims in South China Sea, may be because Duterte has flip-flopped regarding the dispute and has said he would like to be less confrontational with China.
In January of 2017, Russia sent two military warships to Manila on a goodwill visit. While visiting the Russian ships on January 6th, President Duterte said he hoped that Moscow could become a vital ally and protector of the Philippines. Russia seeks to hold maritime drills with the Philippines to combat terrorism and piracy. This comes a few months before President Duterte is due to visit Moscow on invitation of President Putin in April. Russia has stated that they are ready to supply the Philippines with sophisticated weapons including aircraft and submarines, as they aim to become a close friend to the Philippines. This only a couple months after the U.S. State Department stopped the sale of 26,000 assault rifles to the Philippinesâ National Police, after Senator Ben Cardin said he would oppose it on grounds of the human rights violations he perceived regarding President Duterteâs âWar on Drugsâ.
What does this change of foreign policy for the Philippines mean for the United States, and for the region? Will a new administration in Washington in mid-January change the perception that President Duterte has towards the U.S, or will the anti-American rhetoric continue? With no set foreign policy yet for President-elect Trump, it would be important for him to consider the Philippines as one of the first countries he may choose to visit, as it could reverse the downward spiral in which the relationship has gone these last few months. The Philippines have been a strategic foothold for the U.S. within the region particularly for patrolling the South China Sea to ensure rules and laws are upheld regarding navigation and territorial claims, but if the reduced dependence from the U.S. that President Duterte seeks is accomplished, it would be a blow to the U.S., and would certainly pave way for China to accomplish its goals in the South China Sea.
Orâ¦is Duterteâs change in foreign policy a legitimate play on strategy rather than just rhetoric. With no clear plan in regards to the South China Sea by the U.S., could Duterteâs diversification of partners approach be more appropriate rather than to just relying on the U.S. as its protector against Chinese influence. This approach of diversification, while getting closer to China and distancing the U.S. could be beneficial to the Philippines if ever a confrontation between the two powers were to occur over certain issues such as the South China Sea territorial claims. The Philippines could let the superpowers battle it out while reaping the advantages from both sides.
Back to Reports & Resources