The TAPI Pipeline: An Impossible Dream?

The TAPI (Turkmenistan-Afghanistan-Pakistan-India) Pipeline represents an ambitious attempt on behalf of the projects belligerents to create a 1,814km long gas pipeline across the participants territory. Often referred to as the âpeace pipelineâ in political discourse surrounding the project, there are high hopes that TAPI could bring an element of stability to the region through economic prosperity when it starts transporting gas in 2022.
Such hopes are well founded and are largely fitting with pre-exisiting international relations arguments which advocate that increased economic interdependence inevitably increases mutual cooperation. In a TAPI specific context, it is hoped that the pipeline may help to provide incentives for Afghanistan, India and Pakistan to begin to seek improved cooperation after years of mutual distrust and at times open military conflict. In addition to Turkmenistan gaining access to global markets and the warming of relations between regional powers, war torn Afghanistan serves to gain from the project. Afghanistan is set to receive approximately US$400 million annually in transit fees which could theoretically go some way in redeveloping the country. TAPI has also gained the approval of western powers, who are keen to see the project develop as it avoids both Iranian and Russian territory, loosening their monopoly on gas exports from the region.
However, despite the broad conceptual benefits that the belligerents may gain from the TAPI Pipeline and its western political backing, the project remains largely a virtual project. In other words, the likelihood of the project being completed is still under question, the main reason for this being due to significant security threats along the pipelineâs route as well as broader regional challenges. For example, historic conflicts involving Pakistan, India and Afghanistan over the exact location of borders have lead to frequent incidents in which tensions have been high, often culminating in border closures and at times skirmishing.
At a more local level, it is unclear how the TAPI Pipeline will fair in Afghanistan in the face of major security challenges presented by the Taliban. Whilst it should be stressed that the Taliban have singled out TAPI as a project they are willing to protect, this analysis will question the validity of this claim and how likely it is that such a claim will be adhered to fully. In Afghanistan, the provinces the pipeline intends to travel across host a significant Taliban presence and at times minimal security forces presence. Therefore, without a decisive change in the counter-insurgency efforts of the Afghan NUG (National Unity Government) the project will be at the mercy of the Taliban. Similar security concerns persist along TAPIâs route, and the volatile province of Baluchistan in Pakistan also raises serious questions as to how TAPI will be protected for a prolonged period of time.
Lastly, it is becoming increasingly evident that Turkmenistan, Afghanistan, Pakistan and India may be in different mindsets regarding the TAPI Pipeline. Both Turkmenistan and Afghanistan are keen to continue with the project, and construction in Turkmenistan has already begun. Turkmenistanâs determination is largely forced by their relative isolation from international markets since the collapse of the Soviet Union. Pakistan and India on the other hand are preoccupied with other similar regional economic projects, which face less security challenges and promise similar returns. Pakistan for example is increasingly distracted by the CPEC (China-Pakistan Economic Corridor,) and in turn India is concerned over the CPECâs proposed use of the disputed Gilgit Baltistan region and ongoing disagreements over how to approach Afghanistanâs redevelopment.
This analysis will focus on the security threats facing the TAPI Pipeline and the way in which these security challenges, if unaddressed, may derail the project in its early stages. In doing so, economic and financial challenges facing TAPIâs development such as concerns with the Turkmen led consortium of companies involved will not be the focus of this piece. For further analysis of this area of the project, further bespoke analysis specific to the project is recommended. In focusing purely on the security threats, whether they be local security threats or broader regional concerns, this piece will aim to add to the discussion surrounding the TAPI pipeline as to whether the security threats are surmountable, or whether they have the ability to render the TAPI pipeline as a failed project paved with positive yet naive intentions.
Turkmenistan
Turkmenistan possesses 4% of the world global gas reserves and has long since desired to expand into broader markets. However, whilst part of the Soviet Union, Turkmenistanâs infrastructure was geared largely towards supplying Moscow and Turkmenistan therefore lacks pipelines designed for its own unique needs. Turkmenistanâs isolation is worsened by Chinaâs refusal to increase imports in Turkmen gas. As part of Turkmenistanâs attempt to convince China to increase imports, Turkmenistan took part in the âLine Dâ pipeline between the two countries. However, the project has fallen through, with construction of the Line D pipeline being postponed indefinitely[1]. The stall of the construction of the Line D pipeline has only served to place additional importance on the TAPI pipeline from a Turkmen perspective, and this is reflected by Turkmenistanâs $25 billion US Dollar investment in the project. Of this $25 billion, Turkmenistan is investing $15 million into the development of its own gas field, and the remaining $10 billion into funding the pipelines construction. If TAPI were to prove successful, it would serve to be Turkmenistanâs only pipeline connecting the country to markets further abroad, and Ashgabatâs consequent urgency is notable. Therefore, the stakes are high for Turkmenistan, who desperately seek an opportunity to transport their significant gas reserves along routes which would negate both Russia and Iran.
Construction of the TAPI pipeline in Turkmenistan begun in 2015, starting in the Galykynysh Gas Field in Mary Province (pictured.) Turkmenistan is currently constructing 214km of the pipeline across its territory and is expected to reach the Afghan border by January 2018.[2] However, despite the early start, progress was delayed when the Turkmengaz Company missed the deadline for a financial close which was intended to take place in December 2016. 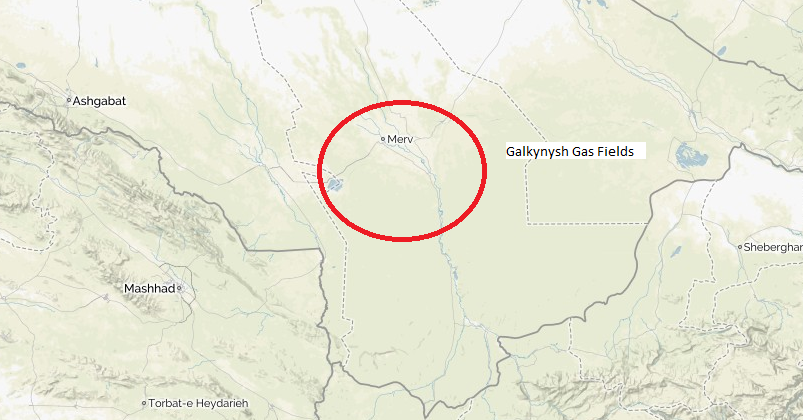 Investment and Funding
As expected, TAPI is an expensive project, and in order to fund the progress so far, Turkmenistan has borrowed US$700 million from the Islamic Development Bank (IDB). To compound potential financial worries, the appeal of the project to foreign investors, particularly US investors, may have been dampened somewhat by the US State Departmentâs declaration regarding Turkmenistan that âthe current investment climate is not conducive to US investment. Due to heavy official limitations on data sharing, official economic figures can not be verified.â[3] The State Departments cites Ashgabatâs failure to respect contract law and an inability to convert local money into hard currency as explanations for their position regarding Turkmen investment. The volatile security situation in the Afghan stage of the pipeline (which will be addressed in later sections) also poses as a potent deterrent to potential international investors, with countries such as Saudi Arabia and Qatar being more conservative with their spending due to a global slump in oil prices during 2016.
Security Challenges in Turkmenistan 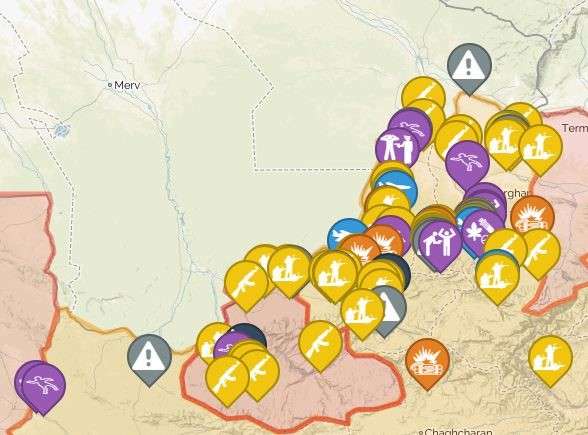 Figure 1: Security Incidents on Afghan Side of Turkmen-Afghan Border Since July
Security challenges facing the construction on the Turkmenistan side of the border are fairly limited, although fears do exist that the instability on the Afghan side of the border may spill over. In this respect, most security related incidents on the Turkmen side of the border are related to the drugs trade, in which Afghan Opium is being transported out of Afghanistan. Regardless, the security situation in Turkmenistan is deemed relatively stable by the British Foreign Office, which states that âThe political situation is calm. Nonetheless, there is traditionally a high level of security in Turkmenistan.â[4] Fears that the fighting in Afghanistan may spill over have so far not been realised. With this threat in mind, the Turkmen side of the Afghan-Turkmenistan border sees a significant security presence already, and the border areas are designated restricted zones.
For Turkmenistan, the challenges they face are mostly economic and related to their broader regional political concerns. For example, 78% (approximately US$7 billion) of Turkmenistanâs exports are destined for China, rendering Turkmenistan reliant upon Chinese trade. The TAPI project therefore represents an attempt by Turkmenistan to significantly reduce their reliance upon China and to compete with Iran and other regional gas providers by opening themselves up to the growing markets of South Asia.
Turkmenistan Summary
Turkmenistanâs concept of a pipeline which will avoid China, Russia and Iran was bound to catch the attention of US policy makers and as a result has received support from the USA. However, this support is far from extensive and remains largely moral support with limited financial backing. Regardless, Turkmenistanâs desire to expand into the markets of southern Asia and the rest of the world is a powerful driving force behind the TAPI Pipeline. In the absence of major security threats in Turkmenistan, it is reasonable to assume that Turkmenistanâs construction of TAPI will continue at pace to the Afghan border, where the major security problems will begin.
[1] https://thediplomat.com/2017/03/the-central-asia-china-gas-pipeline-network-line-dead/
[2] http://www.tolonews.com/index.php/business/tapi-gas-pipeline-reach-afghanistan-january
[3] https://www.state.gov/e/eb/rls/othr/ics/2017/sca/270033.htm
[4] https://www.gov.uk/foreign-travel-advice/turkmenistan/safety-and-security
Back to Reports & Resources