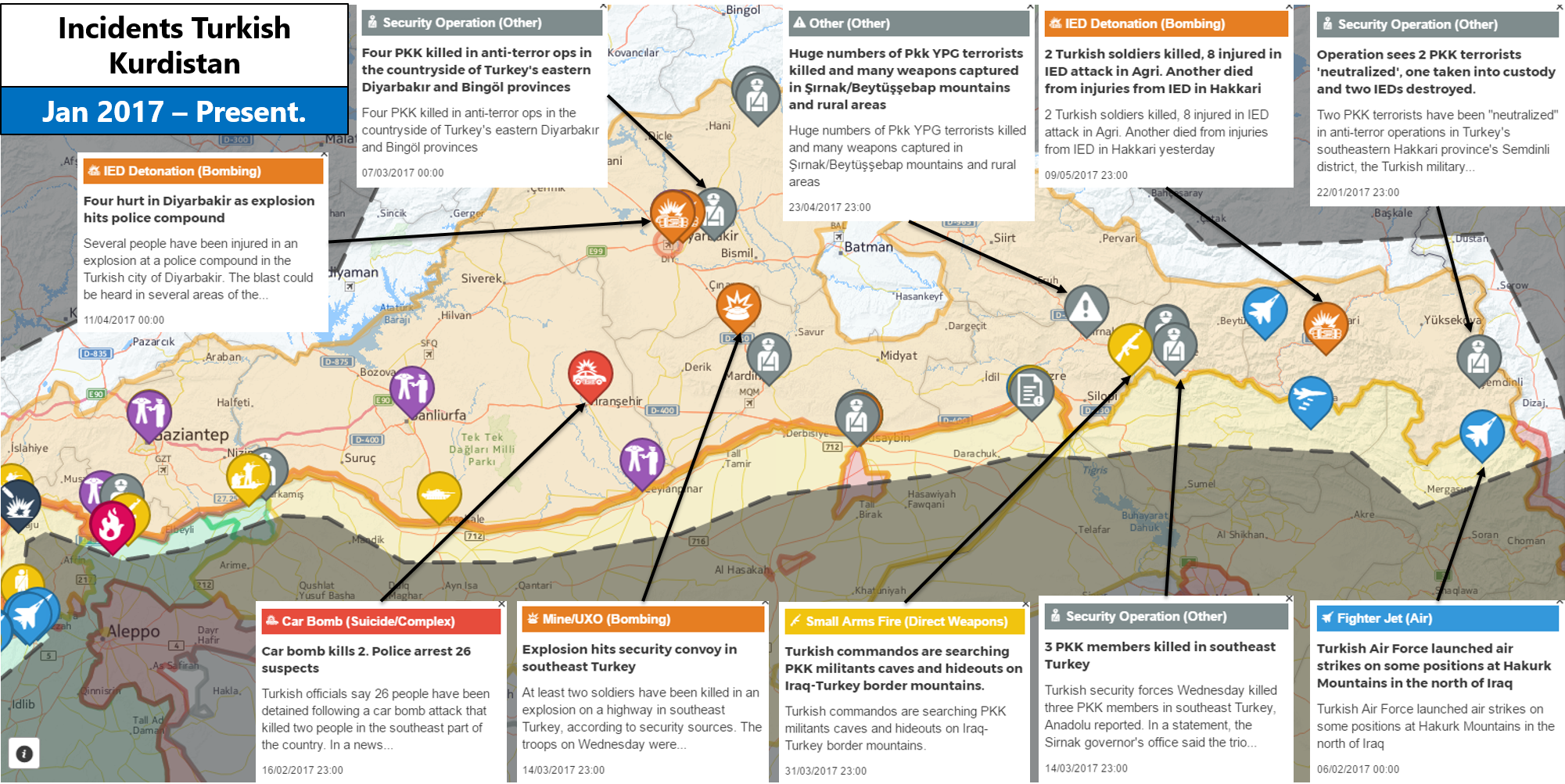 Click on above image to expand.
The current situation in the Eastern Kurdish-majority part of Turkey has seen an escalation in arrests and military operations over the last few months, as the above image shows. The events are of particular importance given the threat the Kurds represent for President Erdoganâs administration.
The Kurds have played an important role in the northern area of Iraq in the fight against the Islamic State. It is fundamental to acknowledge the possible consequences of it, considering the political legitimisation they may gain and which could, in a post-ISIS Middle East, boost their demand for independence. Iraq’s Kurds plan to hold a referendum on independence this year to press their case for “the best deal” on self-determination once ISIS is defeated.
The Turkish administration has already taken many steps to marginalise the Turkish Kurds, by starting again the internal war against the PKK and YPG and by intervening directly in 2016 in the northern parts of Iraq and Syria under the excuse of challenging the jihadist presence in the area
The 2017 Turkish Referendum was fundamental in the light of the possible internal legitimisation and political power and control Erdogan will be able to exercise over the Kurds. For instance the possibility to impose Martial Law and the State of Emergency without the approval of the Parliament.
Once ISIS is effectively militarily defeated, it is in the interests of Turkey, Iraq and Syria to work together, in order to prevent Kurdish independence, and regions of these states breaking away. The Kurds, to their advantage control vast swathes of territory which they have taken from Islamic State, which could be used as a bargaining chip for greater autonomy or even independence. The Kurds have also played a large role in the U.S. backed campaign to defeat Islamic State, they will therefore expect America’s support in their quest for independence. This will be critical if the request is to be successful. The risks are that the Kurds are emboldened and regional government’s with a Kurdish presence are defiant, leading to the risk of conflict.

Area in yellow shows Kurdish controlled areas of Iraq and Syria.
Back to Reports & Resources