Turkey is geographically central, lying between Europe and Asia, between the Black Sea and the Mediterranean, and between Russia and Africa. It also finds itself at the centre of events, involved in the Syrian Civil War, the migrant crisis, and a Cold War recrudescence. Finally, it finds itself caught between trends: authoritarianism, secularism, nationalism and secessionist movements pull the country in all directions, the EU, NATO and Russia clamor for its support while remaining wary of getting too close. There is an opportunity for a resurgent, dominant Turkey, with its neighbours in Europe being stable and peaceful, while its rivals in the Middle East are weak and divided, however, there are also threats, such as Russians in the Black Sea and Caucasus, internal disagreement and the zombie state of Syria on its border. 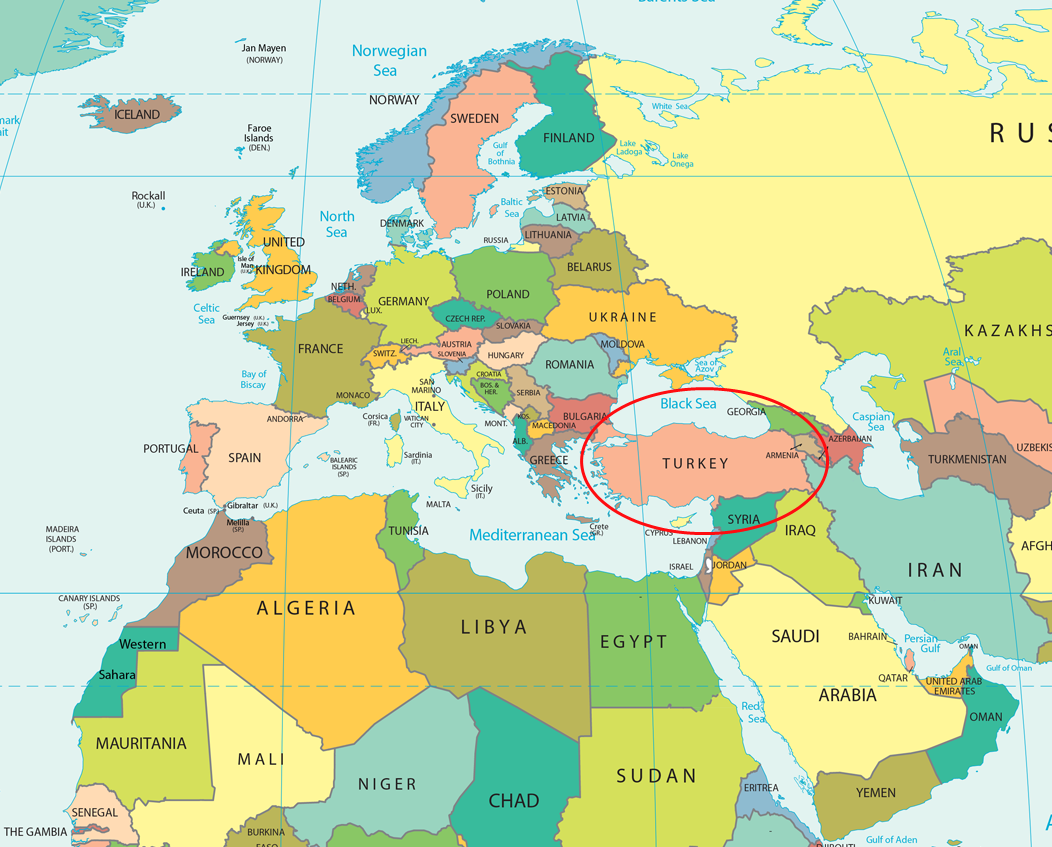 Turkeyâs security issues begin internally, with Kurdish separatism, Islamist violence, and an increasingly authoritarian leadership. Next door, Syria, combining the problems caused by living next to a failed state and one run by a vengeful dictator with a battle-hardened army and Russian support all at once. Further afield ISIS is about to be pushed out of Iraq, its remaining thousands of adherents instructed to take the fight to the cities of its enemies. Then we will look at Russia, surrounding Turkey in the Caucasus, the Black Sea, and Syria. Finally, we will examine the symbiotic dependency Europe and Turkey have on each other.
Strongman Erdogan
On the night of 15 July 2016, a cabal within the Turkish armed forces launched a coup against the government of President Erdogan. They claimed they were defending the state from authoritarianism, in the style of previous Turkish military coups. The coup nearly succeeded, but popular opposition, failure to capture the president himself and the strange timing of the coup (it occurred at ten oâclock in the evening local time, allowing civilians to take to the street en masse and in resistance). The coup was foiled by morning. Erdogan blamed Fethullah Gulen, a former ally now living in the USA, and began reprisals, rooting out those alleged to have been involved.[1]
However, with the coup defeated, Turkeyâs greatest threat to its own national interest is arguably its own leader, President Erdogan. Turkey has had an admirable democratic history compared to many of its neighbours but its current president is diminishing his countryâs reputation daily. Following the coup, thousands were rounded up by the Turkish police, intelligence and military. So many, and so rapidly, were they rounded up that it has been suggested Erdogan was exploiting the coup to remove those who threatened his power, notably followers of Gulen, the âGulenistsâ, regardless of their involvement in the coup. Erdogan has capitalised on the coup so efficiently that some have suggested he orchestrated the coup himself.[2] 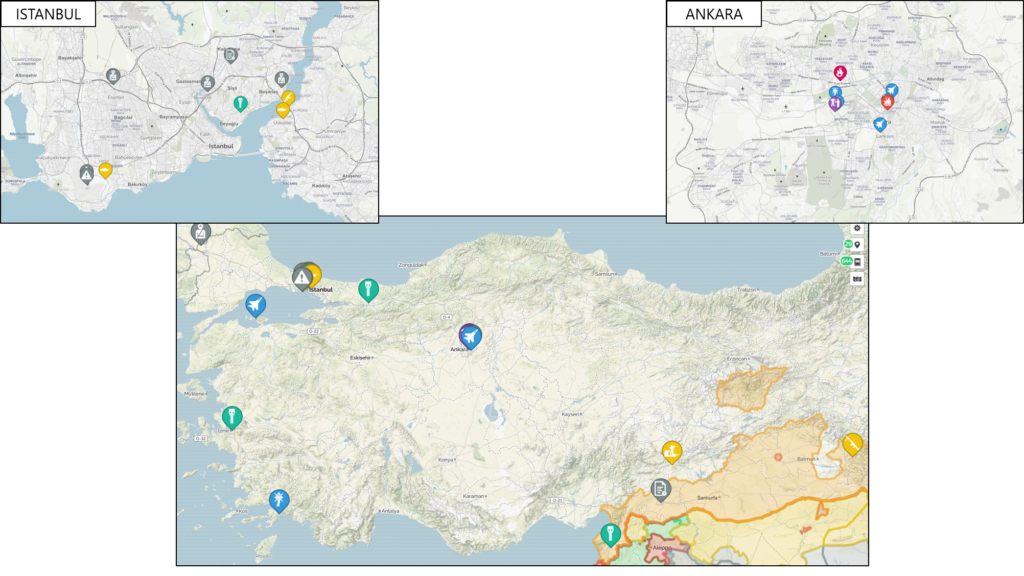 Turkey will hold a referendum on 16 April on a range of constitutional matters, many of which will dramatically increase the power of the presidency.[3] Unsurprisingly, Erdogan is in favour. Furthermore, the state of emergency instituted after the coup has made opposing the referendum difficult for opposition parties.[4] All this is compounded by attacks on press freedom in the country.[5]Finally, Erdogan has proposed reintroducing the death penalty, rarely a sign of improving governance. He is far from the first leader to take advantage of instability to increase his power.
Erdogan appears to have little interest in giving up power. 2021 will mark the centenary of the Turkish state, and it seems likely the current president is interested in eclipsing Ataturkâs reputation as the father of the country, even as he undermines his predecessorâs legacy.[6]
All this is not to say Erdogan is operating in a vacuum. The country has suffered a spate of terror attacks from Kurdish groups, ISIS and far-left organisations, with dozens being killed in late 2016 and early 2017 in several separate incidents. ISIS and Kurdish separatists have threatened to attack tourist sites.[7] In this context it is easy to see why many Turks are happy to have a strong leader. This does not mean Turkey should jettison its liberty for its security. As we will see, Erdoganâs behaviour is alienating his country from Europe and the US at a time when Turkey needs friends.
Bad neighbours
These domestic problems will only be exacerbated by the Syrian civil war and the collapse of ISIS in Iraq. Mosul will soon be captured by the Iraqi army, all but snuffing out the territorial Islamic State. Soldiers of the Caliphate have a choice: a fruitless last stand in strategically insignificant Raqqa or martyrdom in âcrusaderâ states. This includes Turkey. As we have seen, ISIS is encouraging domestic attacks in the cities of its enemies in order to compensate for its failure on the battlefield.[8] It is likely Turkey will bear the brunt of this. There is a long and permeable border between Turkey and Iraq and Syria, and a spate of ISIS terror attacks reveal the ease with which terrorists can operate and recruit.[9] Furthermore, jihadists from Central Asia have been able to enter Turkey from the north en route to the Caliphate. They could head for Ankara instead of Mosul in pursuit of martyrdom. Exemplifying both risks, one of the men who attacked Istanbul Ataturk airport in June 2016 was a Chechen who had entered Turkey from Raqqa.[10] 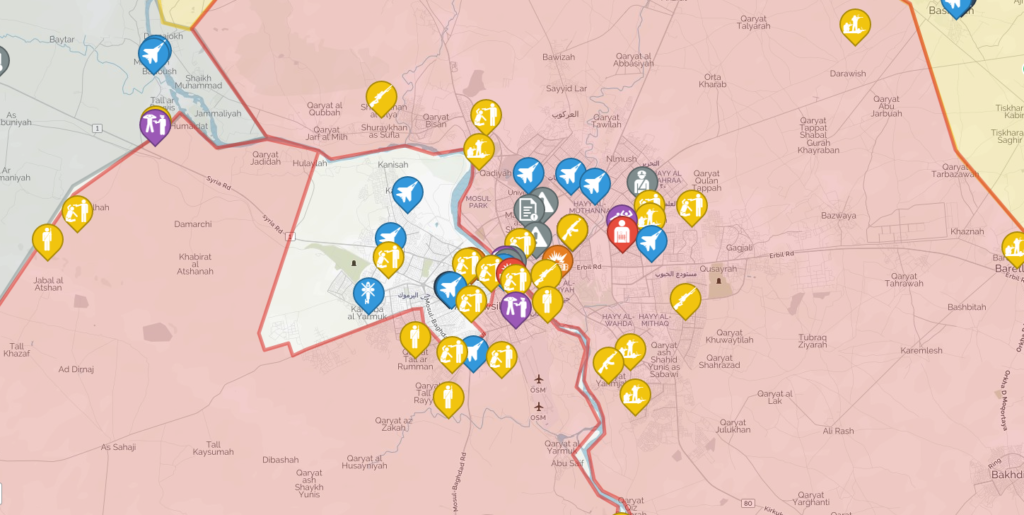 Turkeyâs involvement in the Syrian civil war has been disastrous. It has intervened enough to anger those it opposes, and not enough to win any friends in the conflict. It has repeatedly stated that it wants Assad ousted, something which seemed highly likely before the arrival of the Russian cavalry. In the future, Erdogan must deal with a Russian-backed dictator with an axe to grind, rather than a weakened but stable ânewâ Syria or one too paralysed by civil war to act maliciously against Turkey. While the weakened Syrian Army is obviously no threat to Turkeyâs, this does not mean that a Putin-backed Assad will not cause problems for his northern neighbour. As discussed above, border control would go a long way to improving Turkeyâs terrorism problem, but that is not Assadâs problem. Russian armed forces in Syria, in addition to those in Crimea and Georgia, are also not good news for Turkey.
The question posed by the regionâs Kurds will also affect Turkeyâs future. Turkish forces are currently fighting the terrorist PKK in Turkey, which in turn is fighting the Islamic State (as are the Turks). Turkey is also shelling the Kurdish YPG, which it claims is affiliated with the PKK (something the YPG denies).[11] The YPG has claimed the US has offered arms to support their campaign against the Islamic State, which has enraged Ankara, fearing arms in Syria would make their way into Turkey to be used by the PKK.[12] Regardless of the degree of connection between the PKK and the YPG, both groups are interested in establishing an autonomous âKurdistanâ on Turkish territory, and it seems implausible that some members of YPG, battle-hardened by Syria, will not join the fight in Turkey itself. More generally, conflict zones such as Syria and Iraq tend to suck in weapons, and when the fighting ends, these weapons are sold to those who want them. Turkey, with its long land borders and domestic insurgency, will make an appealing market.

The Crimean War
Though the Crimean War of Florence Nightingale and Charge of the Light Brigade fame remains prominent in the British imagination, the origins of the war are less well known. British and French military support was intended to prevent Russian dominance of the Black Sea in the face of Ottoman decline. A century and a half later, Russia is in total control of Crimea with a navy which threatens to eclipse Turkeys.[13] Russian expansion in the Caucasus is also problematic for Turkey; the two countries battled along their shared border during the First World War and the Turks are unlikely to be happy with a new Russian presence between the Black and Caspian Seas. Turkey shot down a Russian jet in late 2015, early in the Russian intervention in Syria. In December 2016 the Russian ambassador to Turkey, Andrei Karlov, was murdered by a Turkish policeman. These two incidents reflect the wider tension between the two powers. There has been a recent rapprochement between Turkey and Russia as Erdogan looks for friends who will be less critical of his authoritarian governing style and Putin looks to court a NATO member. However, those who are nearest Russia tend to be most wary of it, and Erdogan, the arch-nationalist, will not welcome an increase in Russian influence north, east and south of Turkey.
Refugees and referenda
Finally, to the west, we see Turkeyâs fraying relations with Europe and the US. Turkey has been waiting to join the European Union for decades, not European enough to be welcomed into the club, but too European (and powerful, and close) to be rejected out of hand. Erdoganâs planned reinstatement of the death penalty shows waning patience: corporal punishment was suspended in order to be accepted into the European fold.[14] The coming referendum has also damaged relations, with Erdogan calling the Dutch and Germans âNazisâ and apparently threatening violent reprisals for not allowing his delegates to campaign for a yes vote in the looming constitutional referendum.[15] 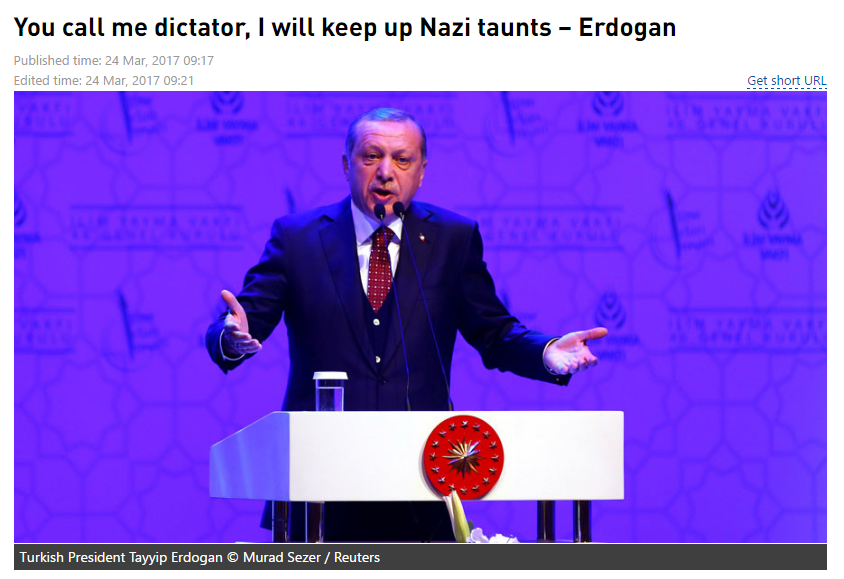 Turkey is important to the European Union: in exchange for money, European countries are allowed to send migrants from the Middle East back to Turkey to be housed in camps.[16] The recent Dutch election, as well as French and German partiesâ ongoing campaigns, have involved forceful rhetoric around the migrant crisis, as populists capitalise on public concern about migrant and refugee numbers.[17] Furthermore, Turkey has the second largest military in NATO after Americaâs. Trumpâs dubious support of NATO and Russian revanchism increase the value of the Turkish armed forces.[18]
It should be noted though that Erdogan does not hold all the cards. Europe is rich and an important trading partner. There are also millions of Turks living in Europe who would not appreciate a self-inflicted deterioration of relations making their lives harder. Turkey also benefits from NATO membership, with some of the rowdiest neighbours of any alliance member. Finally, European goodwill is important in the ongoing Cyprus dispute. If bridges are burned, Turkish Cyprus will not benefit.
Eastern Questions
Crises bring opportunity, but Turkey is failing to capitalise. It has failed to help anybody in the Syrian Civil War or to advance its own interest. Domestic terrorism (though only partially the result of blowback from the Syrian intervention) has increased, as has political instability and accompanying repression. Impressively, tensions with both Russia and the West have increased. Erdogan should reaffirm Turkeyâs friendship with the West, of which it has been a part for millennia. As a NATO member and neighbour, it is in everyoneâs interest that Turkey can participate in managing what comes next in Syria and Iraq. Out of self-interest, Erdogan cannot go it alone, especially in his part of the world. Turkey is in the middle, without friends, Turkey is surrounded.
[1] http://www.aljazeera.com/news/2016/12/turkey-failed-coup-attempt-161217032345594.html
[2] http://www.aljazeera.com/news/2016/12/turkey-failed-coup-attempt-161217032345594.html
[3] http://www.bbc.co.uk/news/world-europe-38883556
[4] http://www.middleeasteye.net/columns/second-coup-turkey-imminent-1877794688
[5] https://freedomhouse.org/report/freedom-press/2016/turkey and https://www.theguardian.com/world/2016/aug/29/stop-the-press-turkey-crackdown-journalists-overdrive-since-coup
[6] http://www.politico.eu/article/recep-tayyip-erdogan-new-ataturk-turkey-coup-eu/
[7] https://www.gov.uk/foreign-travel-advice/turkey/terrorism
[8] http://intelligencefusion.co.uk/2016/12/12/just-terror-attacks-what-can-rumiyah-magazine-tell-us-about-isiss-plans-for-domestic-terror/
[9] http://www.al-monitor.com/pulse/originals/2017/01/turkey-why-country-becomes-exclusive-target-for-isis.html
[10] http://www.telegraph.co.uk/news/2016/06/30/chechen-islamic-state-fighter-named-as-one-of-istanbul-airport-s/
[11] http://www.bbc.co.uk/news/world-middle-east-33690060
[12] https://www.theguardian.com/world/2016/sep/29/syria-us-arms-supply-kurds-turkey and https://foreignpolicy.com/2017/03/21/the-race-to-raqqa-could-cost-trump-turkey/
[13] http://www.eurasianet.org/node/80636
[14] http://www.independent.co.uk/news/world/europe/turkey-death-penalty-erdogan-reintroduce-debate-consider-turkish-parliament-a7386591.html
[15] http://www.independent.co.uk/news/world/europe/turkey-erdogan-germany-netherlands-warning-europeans-not-walk-safely-a7642941.html
[16] https://www.amnesty.org/en/latest/news/2017/02/eu-human-rights-cost-of-refugee-deal-with-turkey-too-high-to-be-replicated-elsewhere/
[17] http://intelligencefusion.co.uk/2017/01/26/european-populism-2017/
[18] http://www.salon.com/2017/03/21/germany-pushes-back-on-trump_partner/