Southern Thailand: Instability in Patani, a Threat to the Greater Region 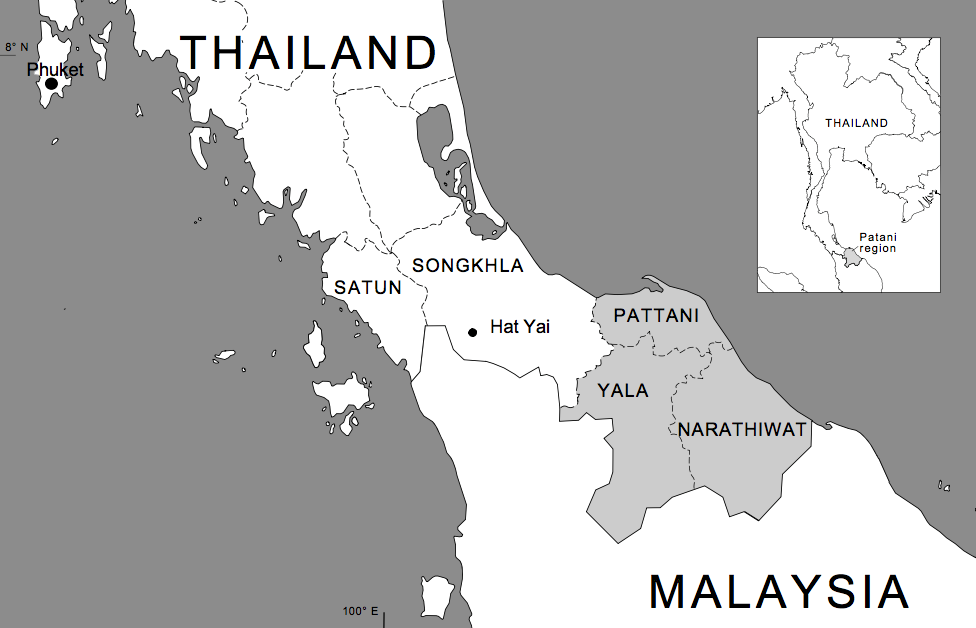 An area of the world which has been under-reported so far in 2017 has been the southern provinces of Thailand, on the border with Malaysia. Multiple violent events have occurred, but because of its local nature, limited reporting has been dedicated to it. Since the late 1950âs, an insurgency against the Buddhist-majority led government has been ongoing in the region of Patani and its provinces, and violence since the beginning of 2017 has been significant.
The Patani region, located in the northern part of the Malay peninsula, is made up of the provinces of Pattani, Yala, Narathiwat, and parts of Songkhla. It used to incorporate the province of Kelantan, which is now part of north-eastern Malaysia. Because of its proximity to Malaysia, the region has historically been predominantly made up of those of Malay ethnicity. Malay are primarily Sunni Muslims, and religion has played a large part of the conflict, as those seeking to secede from Thailand, were looking to do so to form an Islamic Republic.
Insurgency began due to continuous refusal by the Thai government to see those living in Patani as an ethnic minority. In 1959, the first Malay rebel group, the Patani National Liberation Front (BNPP) was formed. In 1968, the Patani United Liberation Organisation (PULO) was established, who are now identified more as a political wing, and both organisations had secession as their goal in this conflict. Secession was meant to be achieved through armed conflict by fighting the Thai government. In the late 20th Century, new groups emerged in the south, all with a proclivity for violence, but were ineffective due to fighting among themselves.
These ineffective groups were replaced in the early 2000âs by groups waging war against the government using guerrilla style tactics. One of the main difference of these groups and those previously in existence is that these new groups remain silent about their attacks, not claiming credit, and do not have the typical structures of traditional groups who had set leaders. This type of structure makes it difficult for the government to dismantle them, as a lack of structure means there is nothing to dismantle. Of these new groups, the two that have been identified as leading the insurgency since 2005 have been the BRN-Coordinate and their armed wing, the Runda Kumpulan Kecil (RKK).
Barisan Revolusi Nasional Melayu Pattani- The group was founded in 1963. It is a Patani independence movement located in northern Malaysia and Patani in southern Thailand. It is the most powerful group in the region and began as an independence movement, but evolved as time went by, and a sub-group, the BRN-C, became its most active wing leading the insurgency in the south. The BRN-Koordinasi (BRN-C) is currently the largest, most active, and most organized of the BRN subgroups. The BRN-C favors a more radical ideology and is involved in mosques and Islamic schools in the region, with its main recruitment target being youth. The immediate aim of the group is to ensure chaos reigns leading to weak Thai governance in the region. The BRN-C is thought to be at the origins of the Runda Kumpulan Kecil.
Runda Kumpulan Kecil (RKK) – founded in 2002, it is one of the most active violent groups in the southern provinces of Thailand. As an offshoot of the BRN-C, some do not consider them totally independent. The group works as a loosely organized system of cells. Because of its mobility, and the fact that not much is known about them, it is very hard for the Thai government to infiltrate their structure. It is reported that they have received their training in Indonesia.
Pattani Islamic Mujahedeen Movement (GMIP) – founded in 1995, the GMIP is like the RKK is violent and has a penchant for not taking credit for its attacks. There is a belief that the group has links to Al-Qaeda, and has for a goal to establish an Islamic State in Pattani.
The first few months of 2017 have seen a large amount of attacks by insurgent groups in the southern provinces of Thailand. These have included ambushes and attacks using improvised explosive devices and vehicle-borne explosives. While most targets have been against policemen and soldiers, the groups have also targeted civilians and infrastructure in some of their attacks. The month of April was particularly busy with several days of large scale coordinated events taking place. 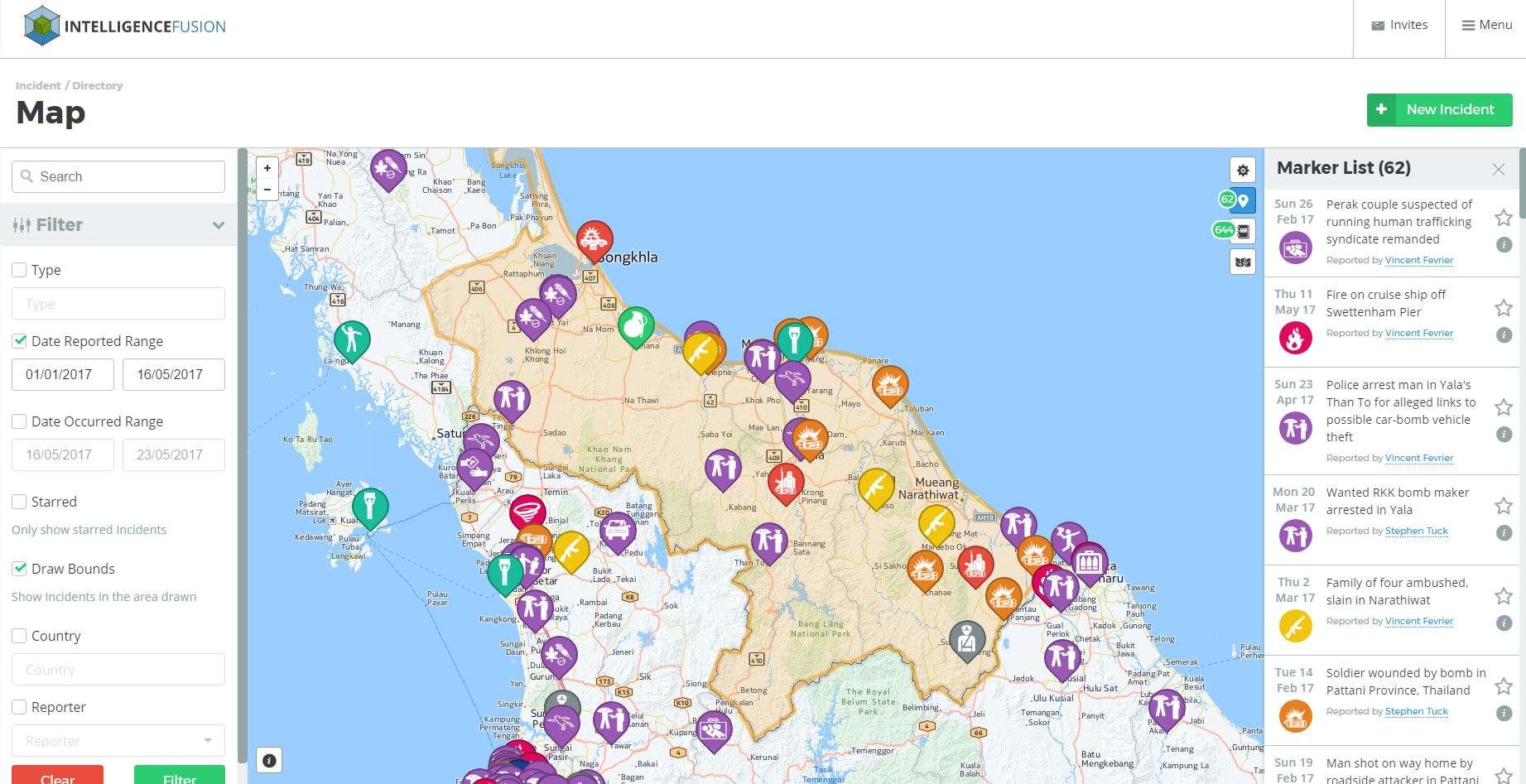