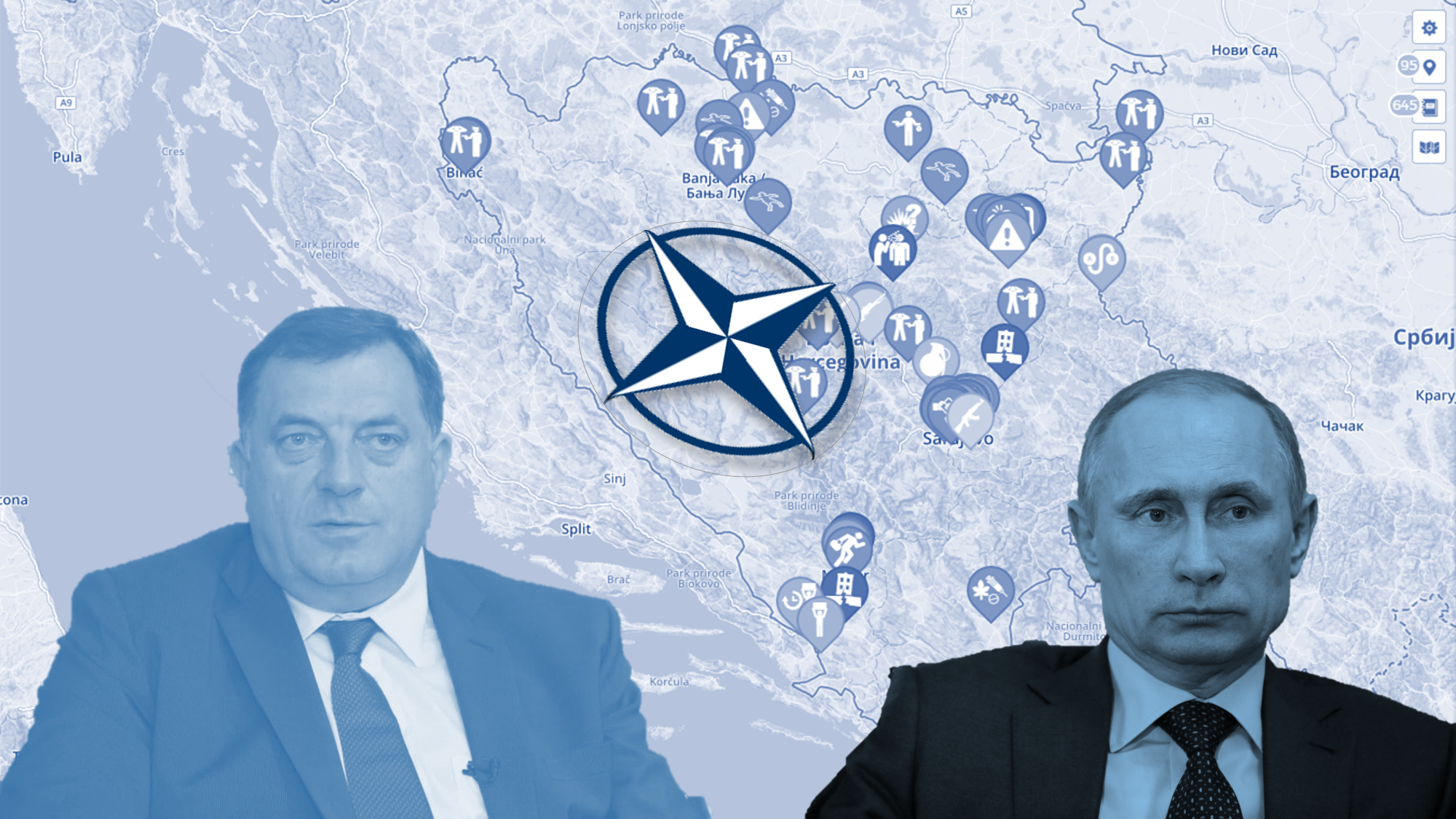 by Chris Hourihan
On the 17th January 2017 the U.S. Treasury Department imposed sanctions against Republika Srpskaâs leader, Milorad Dodik, stating that he was actively trying to block the implementation of the 1995 Dayton agreement which ended the Bosnian Civil War. The sanctions allow U.S. authorities to deny access by Dodik to any of his property or assets held in U.S. jurisdiction[i]. 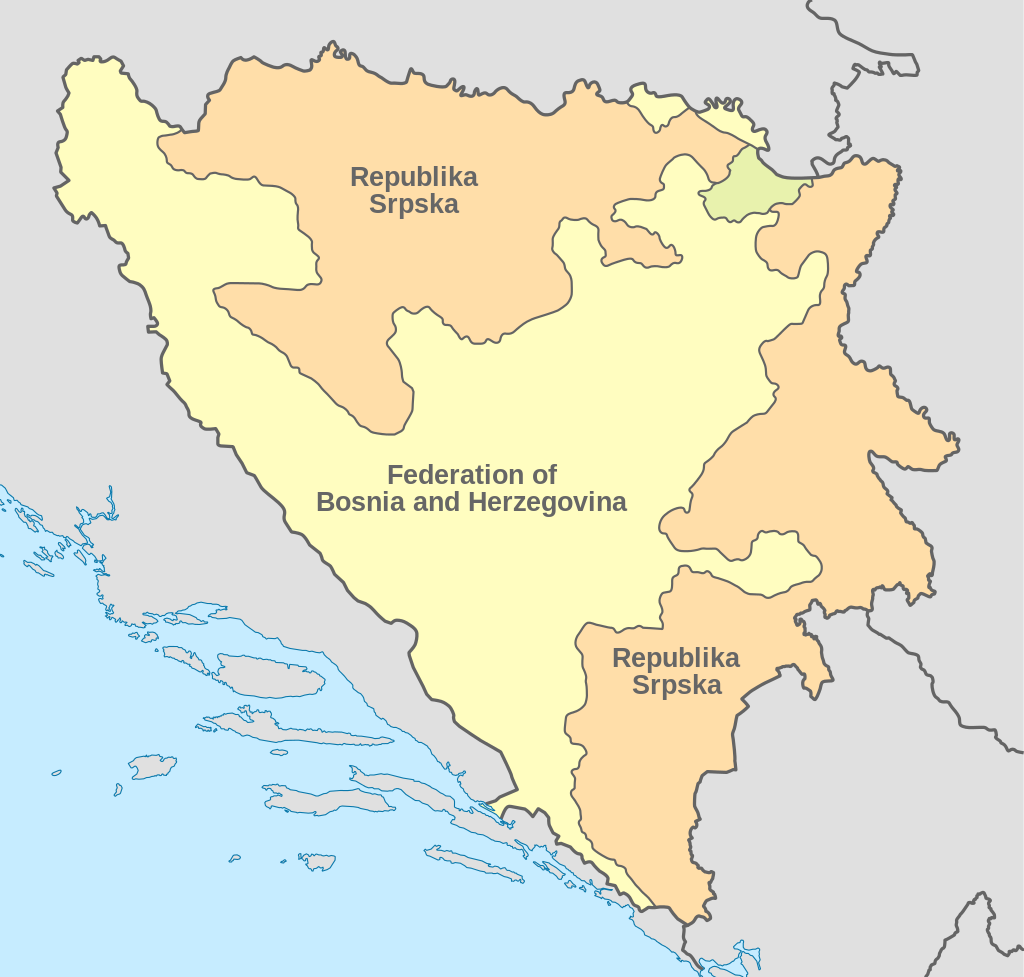 Location of the Republika Srpska.
Their reasoning was Dodikâs implementation of a referendum on 25th September regarding whether or not âThe Day of Republika Srpskaâ on January 9th should be celebrated. This was in defiance of a Constitutional Court ruling banning the vote for discriminating against non-Serbs. Internationally the United States and the European Union opposed the referendum, however, the vote was praised by Russia, with which Dodik advocates closer ties.[ii] 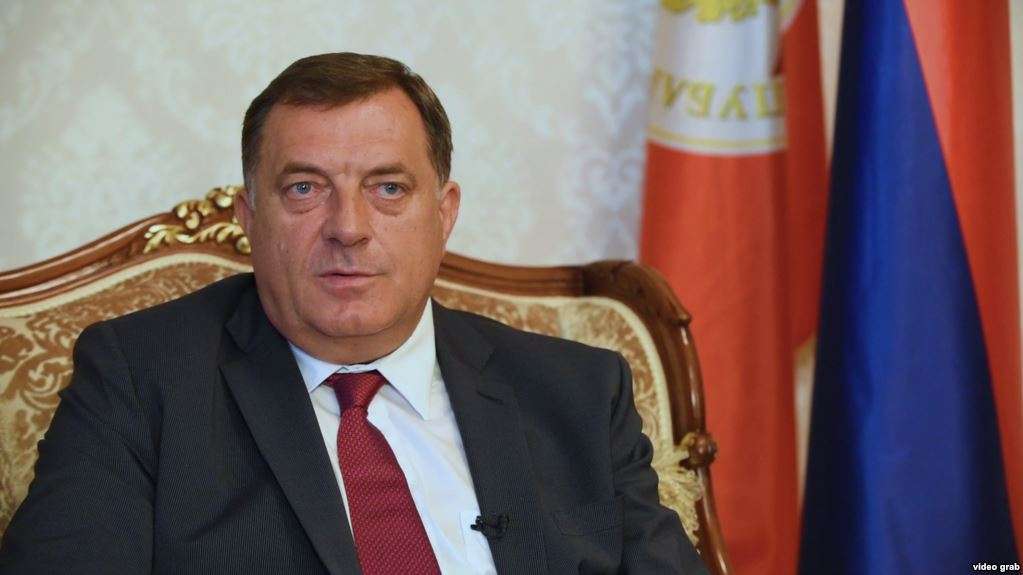 Milorad Dodik, the president of Republika Srpska.
Significantly Milorad Dodik met with Russian President Vladimir Putin just two days prior to the referendum. The Republika Srpska is not an independent state, it is an âentityâ set up by the Dayton accords and although autonomous it is still part of the Federation of Bosnia and Herzegovina. By defying the constitutional courtâs ruling, Dodik is directly challenging the Federation of Bosnia and Herzegovina on the one hand and indirectly challenging NATO and the EU on the other. The meeting between Putin and Dodik two days before this challenge can hardly be a coincidence. Dodik and Putin last met on June 2nd, on the margins of the International Economic Forum in St. Petersburg, where Dodik has been a regular guest for the past several years.[iii] This was their sixth meeting in three years.
It is highly unlikely that Dodik would have deified the government in Sarajevo, the High Representative and the international community unless he had been given encouragement from Russia. It certainly suits Russiaâs purposes to cause trouble for NATO and EU in Bosnia as it does for the rest of the Balkans. There is currently a âgreat gameâ being played in the region between Russia and NATO, which Russia is losing. Montenegro joined NATO on 5th June 2017, much to Russiaâs displeasure. The one time friends fell out when Montenegro blamed Russia for allegedly being behind a plot to assassinate its prime minister last October which officials said was aimed at blocking its entry into NATO[iv]. Russia has hit back, with a recent Russian ban on imports of wine from Montenegro was most likely being linked to its NATO membership; Moscow said it had discovered banned pesticides in the wine.
Another one of Bosniaâs regional neighbours has also reason to be wary of Russian interference. A recent report in the Guardian claimed that Russia had been actively stoking discord in Macedonia since 2008 and even had leaked intelligence documents obtained by the Organised Crime and Corruption Reporting Project and shared with the Guardian. They also show Serbian intelligence support for pro-Russian and anti-western nationalists in Macedonia[v]. It is in this context that Dodik is pushing at the boundaries set by Dayton. By blocking its implementation he is destabilising the Federation of Bosnia and Herzegovina and he is challenging the regional hegemony of the EU and NATO. A loss of credibility for NATO and the EU in Bosnia plays into Russiaâs hands, which, after Montenegro and Macedonia, Russia would warmly welcome. If the Balkans continue to tilt towards the west, Russian actions may become more desperate and unpredictable, particularly, if they believe their own security interests are threatened.
[i] Rferlorg. (2017). RadioFreeEurope/RadioLiberty. Retrieved 18 June, 2017, from https://www.rferl.org/a/dodik-republika-srpska-united-states-sanctions/28239895.html
[ii] U.S. imposes sanctions on Bosnian Serb nationalist leader Dodik. (2017, January 17). Retrieved June 18, 2017, from http://www.reuters.com/article/us-usa-sanctions-bosnia-dodik-idUSKBN1512WI
[iii] Putin-Dodik Comradeship Causes Uncertainty for Bosnia. (n.d.). Retrieved June 18, 2017, from http://www.balkaninsight.com/en/article/putin-dodik-comradeship-causes-uncertainty-for-bosnia-06-07-2017#sthash.4BRcrGWH.dpuf
[iv] Sekularac, I. (2017, May 22). End of the affair: Montenegro jilts Russia by joining NATO. Retrieved June 19, 2017, from http://www.reuters.com/article/us-montenegro-nato-idUSKBN18I0W3
[v] Harding, L. (2017, June 04). Russia actively stoking discord in Macedonia since 2008, intel files say. Retrieved June 19, 2017, from https://www.theguardian.com/world/2017/jun/04/russia-actively-stoking-discord-in-macedonia-since-2008-intel-files-say-leak-kremlin-balkan-nato-west-influence
Back to Reports & Resources