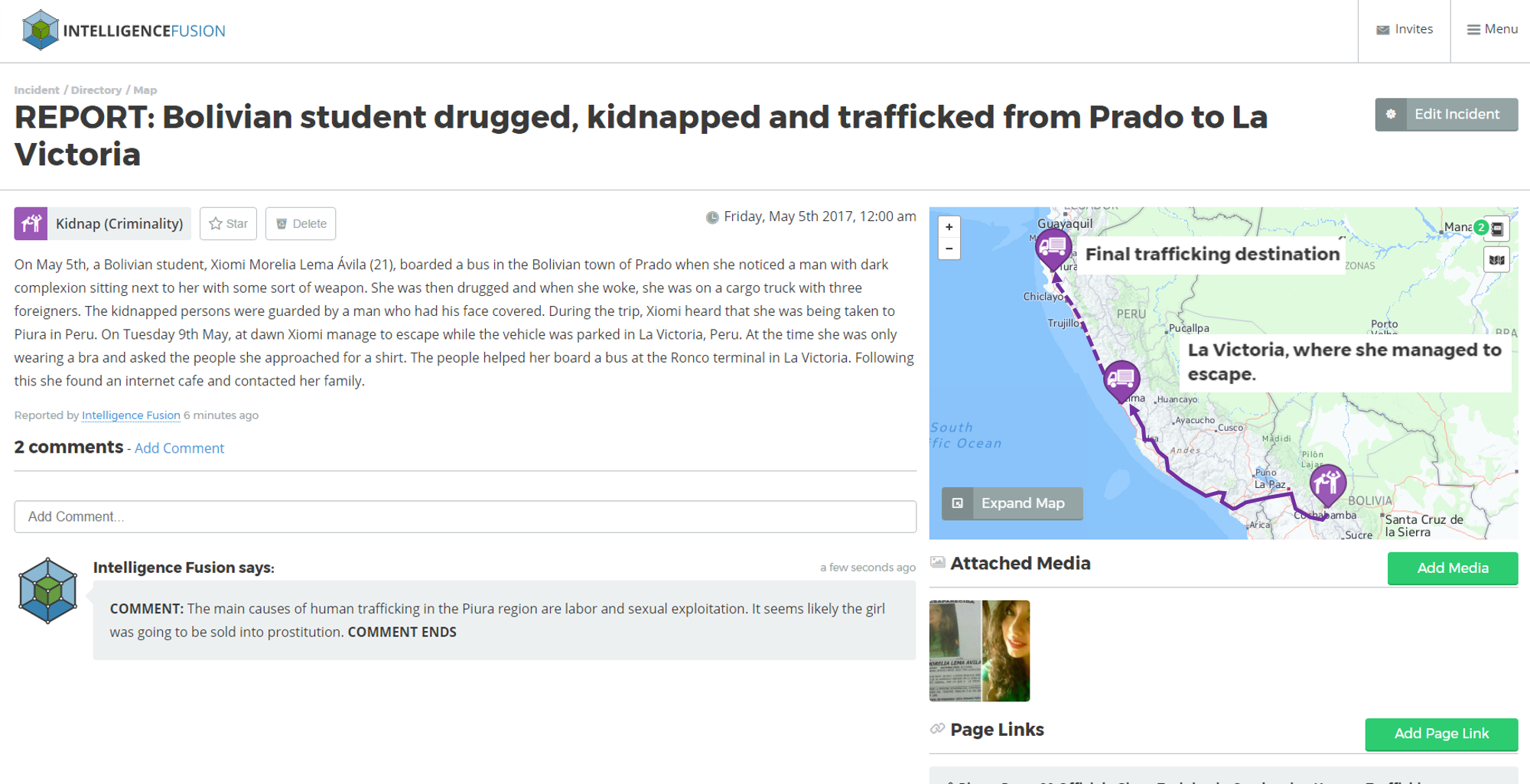 On May 5th, a Bolivian student, Xiomi Morelia Lema Ãvila (21), boarded a bus in the Bolivian town of Prado when she noticed a man with dark complexion sitting next to her with some sort of weapon. She was then drugged and when she woke, she was on a cargo truck with three foreigners. The kidnapped persons were guarded by a man who had his face covered. During the trip, Xiomi heard that she was being taken to Piura in Peru. On Tuesday 9th May, at dawn Xiomi manage to escape while the vehicle was parked in La Victoria, Peru. At the time she was only wearing a bra and asked the people she approached for a shirt. The people helped her board a bus at the Ronco terminal in La Victoria. Following this she found an internet cafe and contacted her family. COMMENT: The main causes of human trafficking in the Piura region are labor and sexual exploitation. It seems likely the girl was going to be sold into prostitution. COMMENT ENDS
Back to Reports & Resources