Explosion at Manchester Arena during Ariana Grande concert, fatalities reported.
Reports indicate an explosion occurred during an Ariana Grande concert at Manchester Arena. Several people have reportedly died. Protocols enacted by Greater Manchester Police are those usually enacted for a terrorist incident. A person attending the concert stated the explosion occurred when the event finished and ‘five or six bangs’ possibly gunshots.
Reported by Intelligence Fusion a few seconds ago 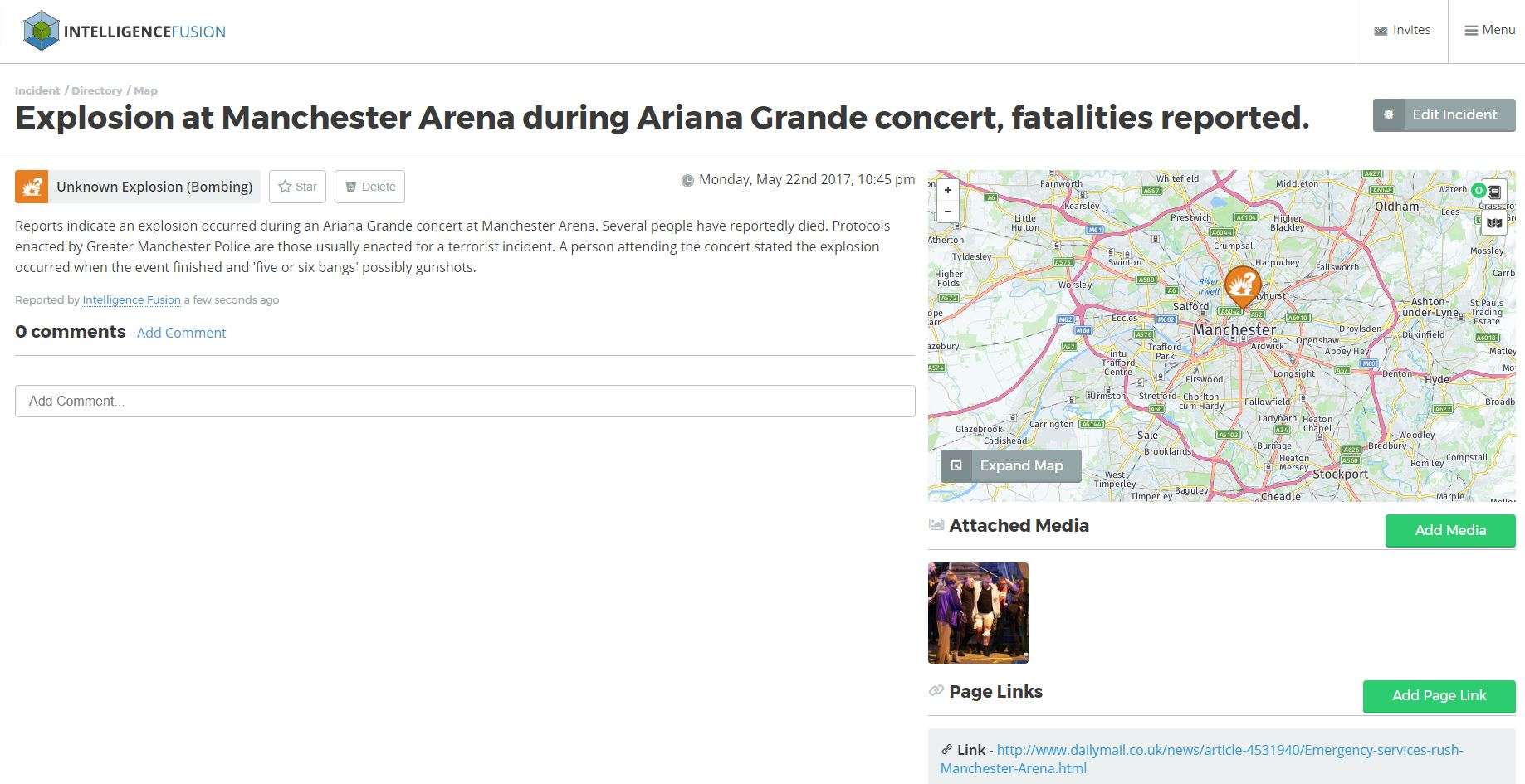 – Reports that the explosion centred around the foyer of the arena. (Sky News) 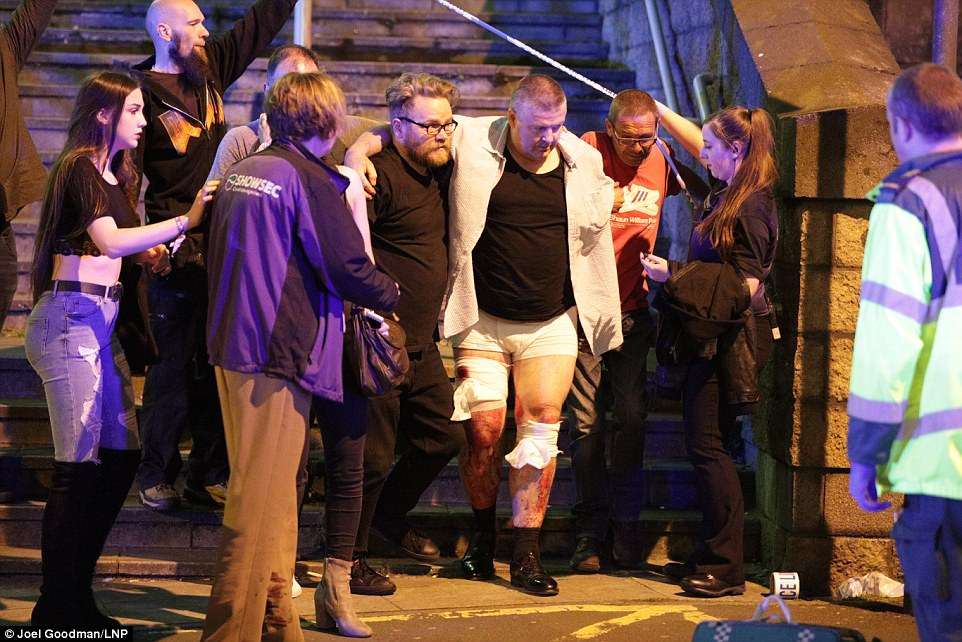 Image shows injured people being led out of the arena. 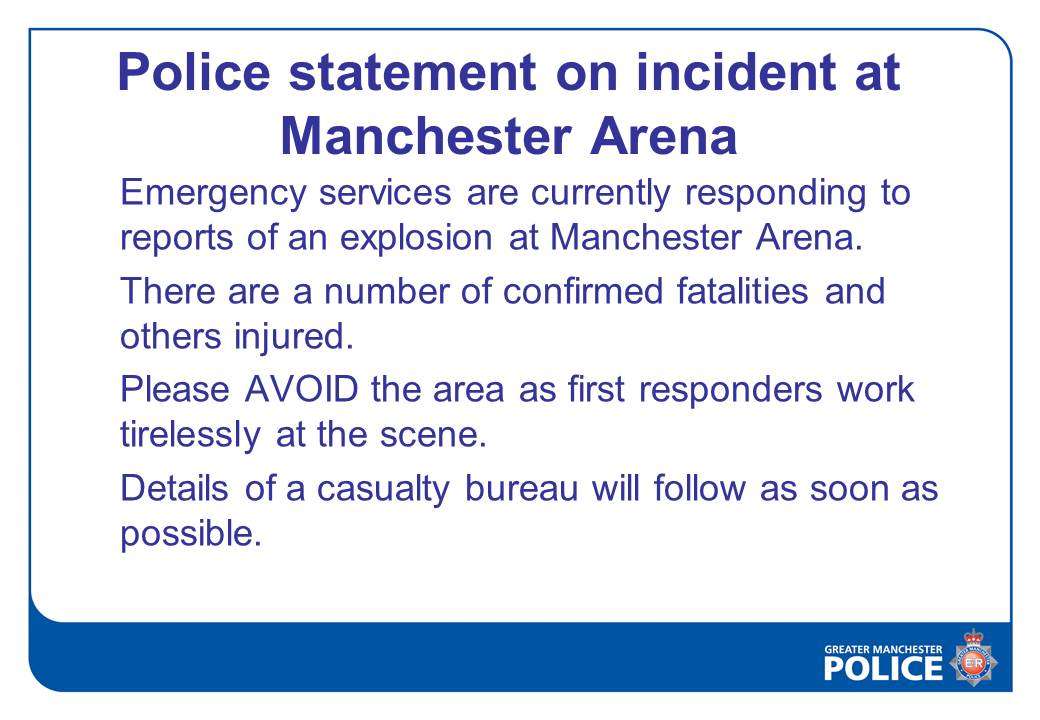 Statement by Greater Manchester Police regarding the incident. (https://twitter.com/gmpolice/status/866786909544230912)
– Link to Twitter video showing people fleeing the event. LINK
– Twitter user stated that a gun shot went off int he arena and there was blood on the floor.

https://twitter.com/quitleavin/status/866769419841789953
– Greater Manchester Police are confirming via their Counter Terrorist Unit that they are investigating this incident as a possible terrorist attack.
Recent Notable Incidents – North West England 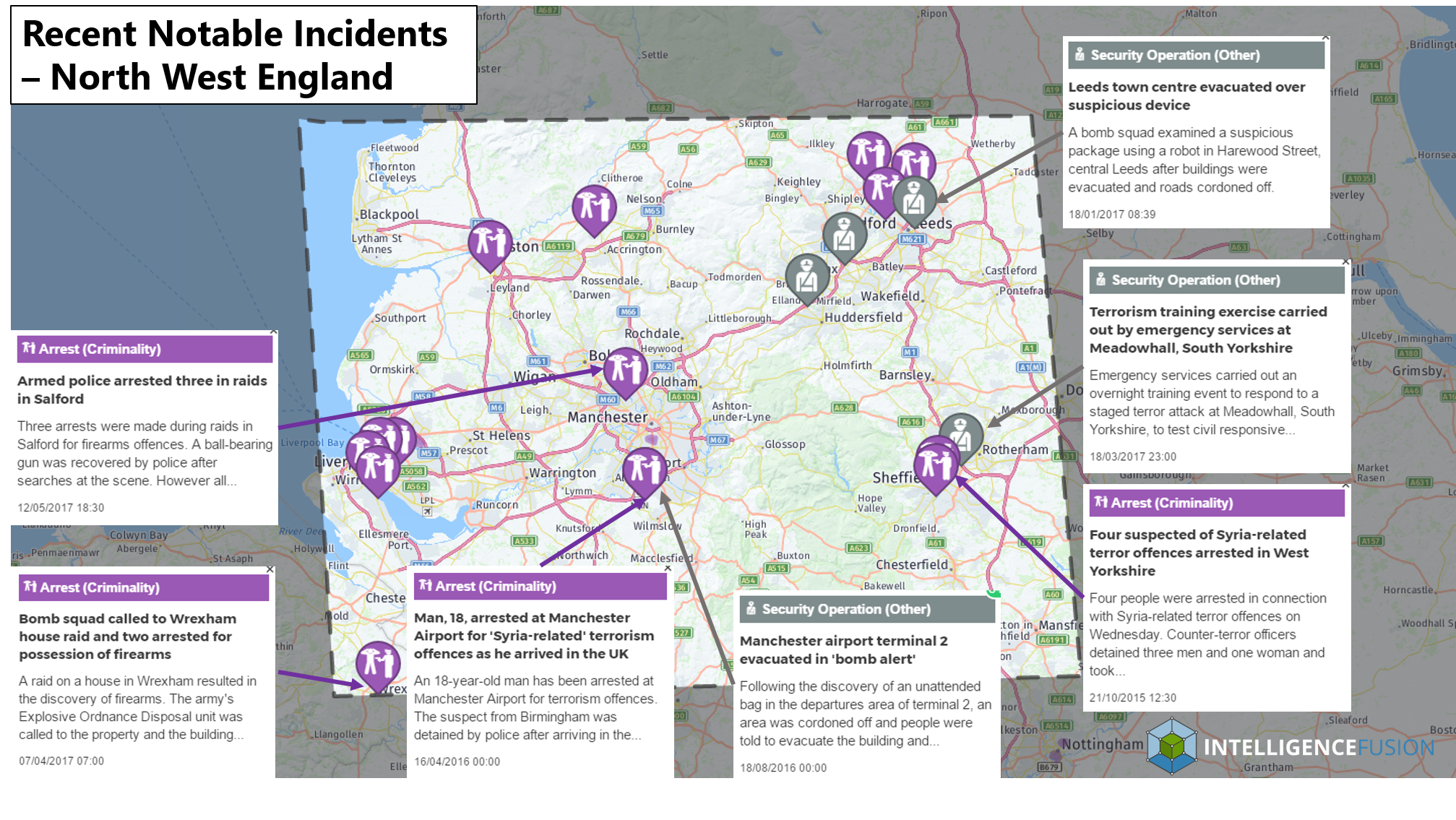 Click on above image to expand
– Police are investigating a silver Audi estate outside the venue. They have set up a cordon as they inspect what appears to be a suspicious vehicle. Armed police had arrested a man who was in the car. The following Twitter video shows the arrest. LINK
– 19 people have died in an explosion that occurred at 1035pm. This is being treated as a terrorist incident.

– Video of people fleeing the event.
– Footage of emergency services responding.
– Footage of people fleeing the incident.
– Eyewitness Andy Holey describes the immediate aftermath of the explosion incident at the Manchester Arena.
COMMENT: This witness statement matches the police report stating that the incident occurred in a public space not inside the venue. COMMENT ENDS
– US officials briefed on Manchester explosion say UK authorities investigating arena incident as possible suicide bombing. SOURCE
– Report that there will be a controlled explosion of a suspicious device in Cathedral Gardens, 100m south of Manchester Arena.
– U.S. Embassy issue statement regarding incident. 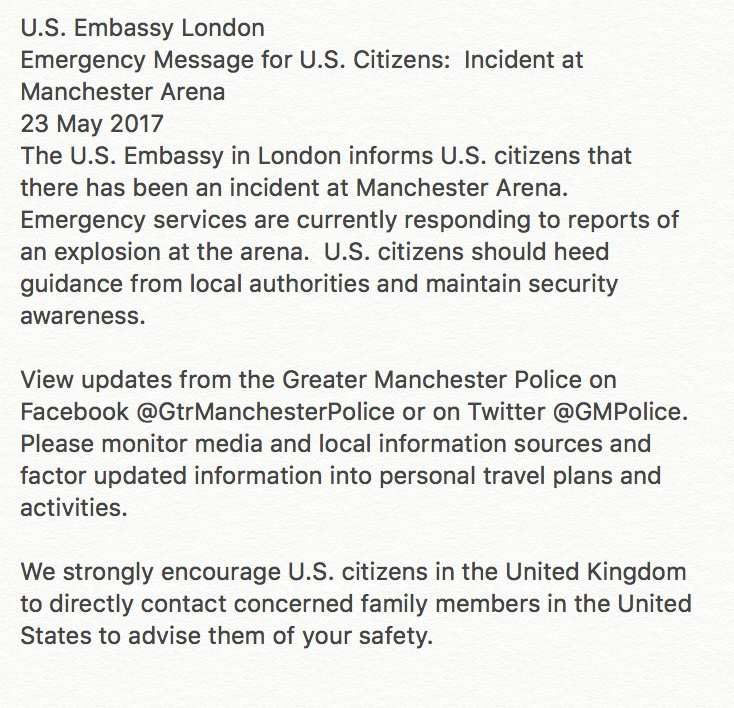