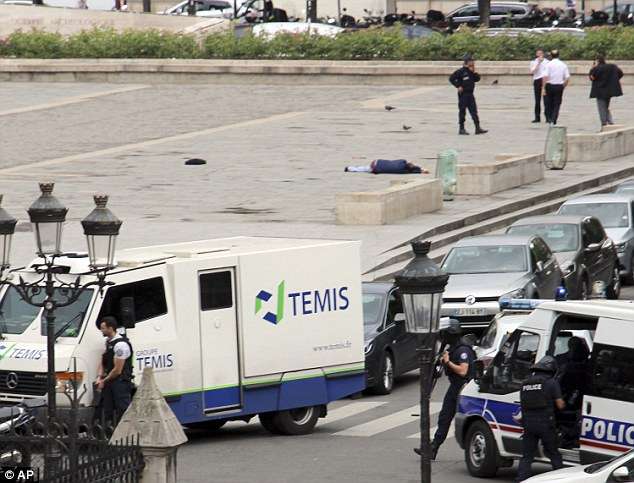 Executive Summary
– On 6th June 2017 at 1620hrs, 40 year old, Ikken Farid attacked a police officer with a hammer, before being shot and injured by another police officer in the square of Notre Dame, Paris.
– In addition to the hammer, Farid was also armed with two kitchen knives.
– During the attack, Farid shouted, “This is for Syria” and claimed to be a soldier of Islamic State.
– The 22 year old police officer received minor wounds and was taken to hospital for treatment.
– Farid was shot and injured in the chest, and was also taken to hospital for treatment.
Incident Map

Click on above image to expand incident map.
Timeline of Incident
– 6th June 1620hrs LT: Ikken Farid armed with two kitchen knives and a hammer approached a 22 year old police officer in the square of Notre Dame, Paris. He then attacked a police officer using a hammer, before he was shot in the chest twice by another police officer. On examining video footage, Farid walked through a crowd of people to get close to the three police officers, who appear to be stood chatting, before Farid jumped through the crowd and struck an officer three times before he was shot by another officer. After Ikken was shot, he is said to have claimed to be a soldier of Islamic State.
Video of the attack.
– 6th June: Immediately after the attack and gunshots, it caused a panic and people nearby to flee.
– 6th June 1635hrs LT: After the attack several hundred people were secured inside Notre Dame Cathedral as police conducted a search of the area to ensure there was just one attacker. 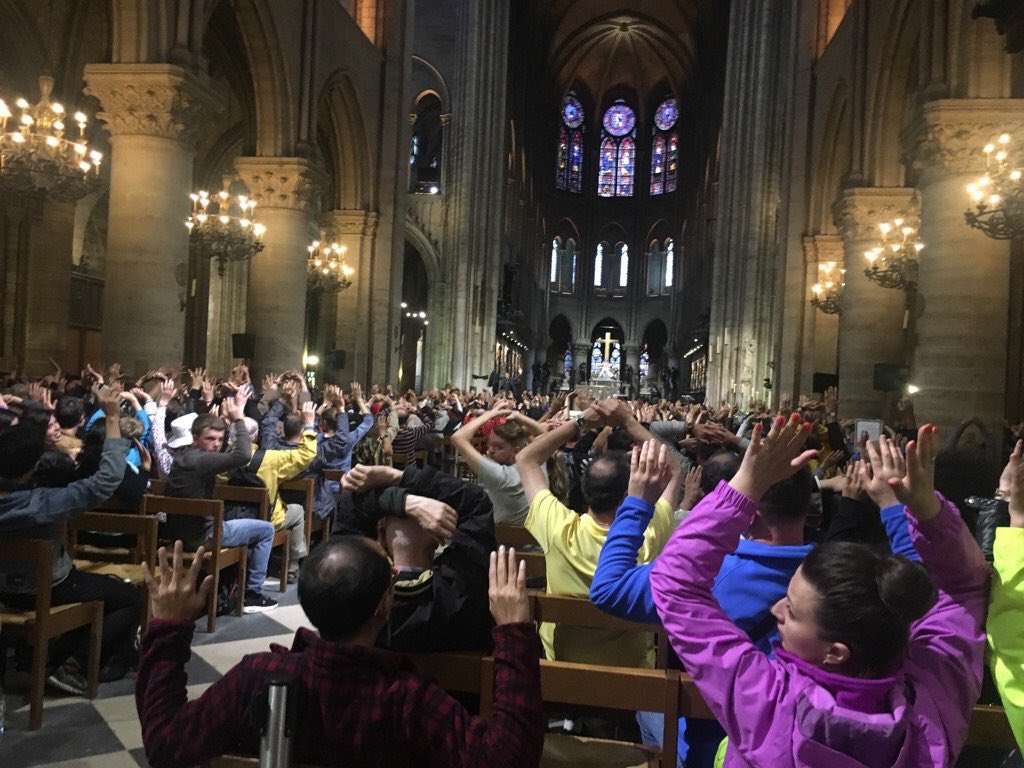 – 6th June: The police officer sustained minor injuries and the terrorist was taken to hospital for treatment.
– 6th June 1730hrs LT: An hour after the attack, people inside the cathedral were let out.
– 6th June: During a search of Farid’s rented accommodation in Cergy-Pontoise (Val-d’Oise), northwest Paris, police found a Daesh allegiance video. Tenants stated Farid was a private man, who lived at this location for about two years.
Profile of Attacker

Name: Ikken Farid.
D.O.B.: 18th January 1977 (40 years old).
Nationality: Algerian.
Occupation: Doctoral student since 2014 at UFR Humanities and Social Sciences-Metz, University of Lorraine, located in eastern France.
Additional Information: His research topics included, New Media, Arab Spring, Election and Media, Media and Public Opinion and Internet and Public Opinion. University supervisors stated that he showed no signs of radicalisation. He had no criminal record, but had regularly expressed his interest in jihad on the Internet, and had covered terrorism while working for various news outlets in his native Algeria. Farid studied in Stockholm and is believed to have married a Swedish woman during his time there.
His LinkedIn bio – “I am currenttly a doctoral student in information and communication science at the University of Lorraine. I expect to finish my doctoral studies, hopefully in three years. My research project is focusing on new media issues in the Maghreb region and the covering of presidential elections in time of instability. The Arab spring as a major political event, these last years in the area is given an important place in my research.”
Assessment
Once again the location of the attack, near a major Parisian tourist attraction with hundreds of cameras was intentional so as to maximise the propaganda impact of the attack. The attack was crude, using readily available weapons, therefore requiring little logistical efforts or planning. Recently, terrorist attackers in Europe have generally had criminal backgrounds that has led to a period of radicalisation and clear signs of extremism, however, in this instance, this is not the case. Ikken Farid was a professional, studying for a doctorate and therefore you would imagine had a promising future. This therefore raises questions regarding vetting. The London Bridge/Borough Market attackers, were clearly extremists and subversives who should have been rounded up prior to them being able to conduct their attack, however, there was no obvious sign at present that Farid was going to conduct this attack. He had lived and studied in Europe since 2006, apparently married a Swedish woman so was accustomed to Western culture, however, the events in Syria appear to have pushed him across the edge and to throw away his life for revenge against the West. Farid is likely to believe in Ummah, that the affairs of Muslims are linked irrespective of geographical distance or differences. With that in mind, it seems likely that with continuing western military intervention in countries with Muslim populations, we will see continuing terror attacks such as this. Although Farid claims to have been a soldier of the Islamic State, it seems likely that he was a lone wolf without a higher command. Any claim by Islamic State, will likely use images readily available of Farid and will give no additional details regarding the attack other than can be found on the World Wide Web. Farid is likely to have been pushed across the line from extremist views to action by the recent terror attacks in the United Kingdom and the propaganda they achieved.
Back to Reports & Resources