Navigating Counter-Narcotics in Mexico: A 2017 Appraisal of the Mérida Initiative

After a decade of aggressively confronting the problem of cartel violence from coast to coast, Mexico just endured its most homicidal month in over twenty years. Recently released government data provides the inevitably conservative figure of 2,234 homicides for June, which brings the rolling death toll of 2017 to 12,155 (31% higher than this time last year). Drug trade organisations (D.T.O.s) are expanding, and diversifying in their efforts to repress resistance to their illicit economies. They commit more frequent and more brutal crimes in spite of governmental crackdowns, leading to vigilantism among ordinary Mexicans who have witnessed little improvement in the ten years of expenditure. The MÃ©rida Initiative, which is merely co-piloted by Mexico in an increasingly tense partnership with the United States, has constituted the central programme of the counter-narcotics effort there. It continually fails to deliver on its intentions, and as it passes into its eleventh and potentially most lethal year of Congressional funding, effective alternatives seem as distant as ever.
Background to the Initiative
The MÃ©rida Initiative, sometimes known pejoratively as Plan Mexico, was formulated in 2007 under Presidents Felipe CalderÃ³n and George W. Bush. It spanned the presidencies of CalderÃ³n and Obama, and continues, albeit at a slower pace, under their successors Enrique PeÃ±a Nieto and Donald Trump. As a U.S. assistance package to Central America, it is comprised of four interlinked âpillarsâ: disrupting organised crime; strengthening the rule of law; tightening and modernising border control; and fostering preventative community cohesion. At its core, it is a bilateral national security programme to dismantle the illicit drug trade in North America, and with it, the industries and violence that arise from it. It has been widely criticised because of its ecological, social, and legal footprints, but moreover the recent homicide figures of last month suggest that as long as it continues on course, it will fail to uphold national security too.
Between Financial Years 2008 and 2017, the project received $2.8 billion from Washington. This has included $100 million in inspection equipment, $146 million in police counter-narcotics training, $75 million in border biometrics, $22 million in software and finance intelligence units, and over $590 million in aircraft and helicopters. Four hundred new canine teams have been deployed across the country, and new screening centres monitor airport migration. Intelligence, surveillance and reconnaissance (I.S.R.) drones have been launched along Mexicoâs northern border, while in the south, new naval bases overlook the waters close to Belize and Guatemala. 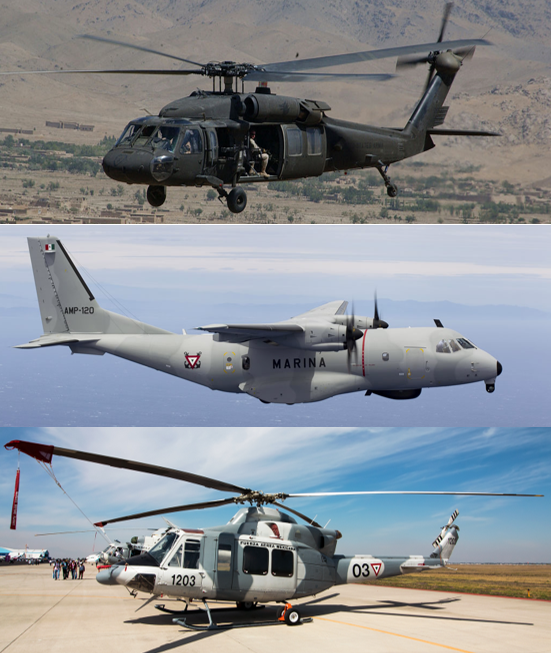 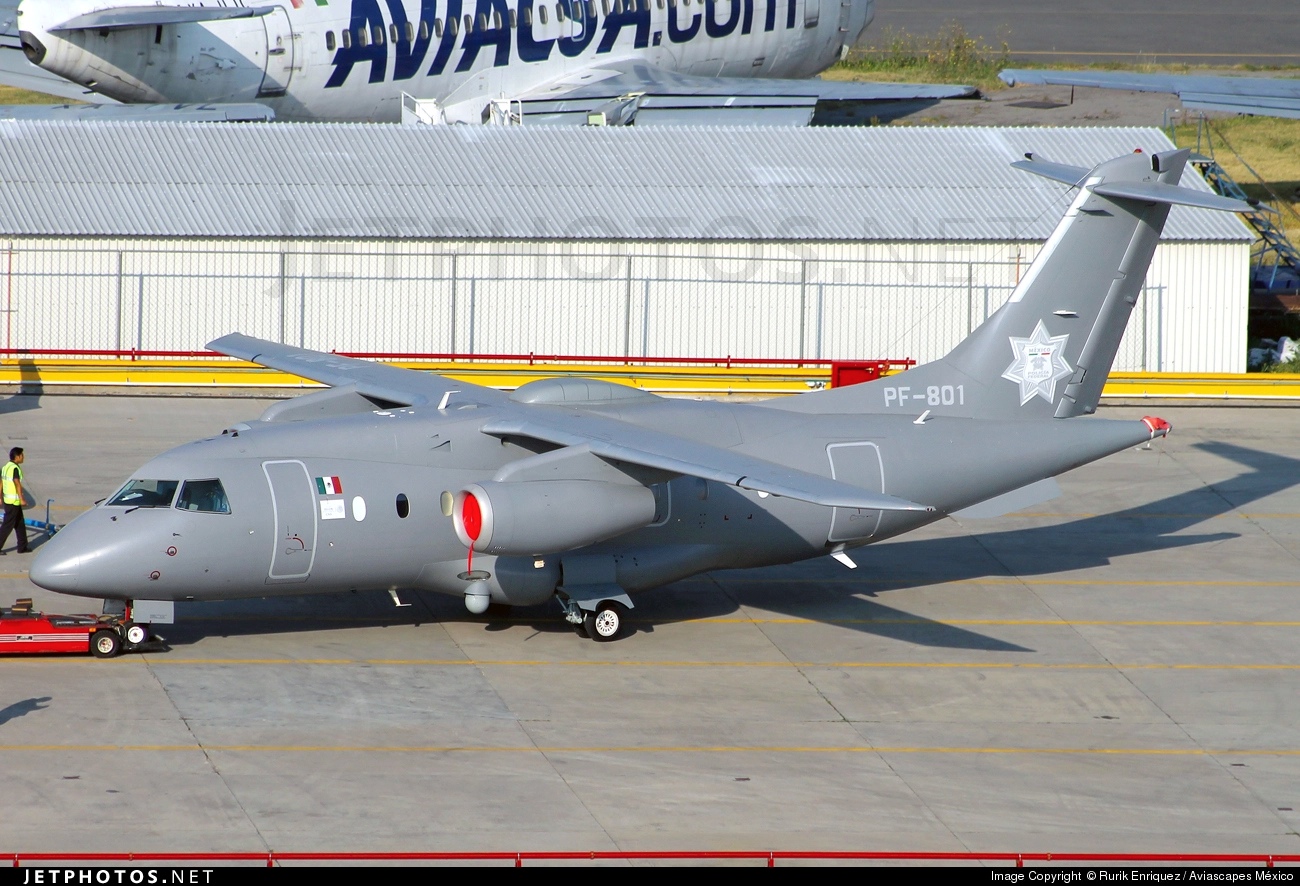 Figure 1: Military/Police aircraft funded by the Initiative. Top to bottom: nine UH-60 Black Hawk helicopters, four CASA-235s aircraft, eight Bell-412 helicopters, and one Dornier-328 ISR jet. Images from WikiMedia Commons and JP JetPhotos.
These provisions are indicative of both the main intention and the fundamental miscalculation of the MÃ©rida Initiative: the over-militarisation of an already widely mistrusted Mexican police force. Crackdowns have been extremely costly, and have dealt mainly with the by-products and symptoms of criminal competition, whilst greatly increasing the workload of an over-stretched judiciary.
Adaptations of Organised Crime
While bilateral operations have taken place with varying intensity over the ten year period, a number of recent trends can be identified that bode badly for the counter-narcotics record. In spite of high-profile cartel arrests and corruption trials, some D.T.O.s are conducting more diverse and damaging operations than before.
One trend is geographical. Tourist destinations within Mexico (such as CancÃºn and Mexico City) have in the past been regarded as generally safer environments, perhaps due to more visible security, denser populations, or an exploitable and relaxed consumer market for narcotics. However, violent cartel-related crime has begun to infiltrate such âsafe zonesâ more than usual, forcing security services to spread out beyond the well-established fault lines of cartel activity (for example the Californian and Texan border regions and the south-western coastal stretch). International networking and expansion, which is a longer-term trend, has also been clear in southern Texas and as far away as London; the UKâs National Crime Agency has reported Sinaloa Cartel presence in Romanian gang activity within England. This proliferation may be a result of the well recognised âballoon effectâ, a lesson unlearned from Plan Colombia:
when gang activity is suppressed at one location, it will surge elsewhere if the market itself is not addressed.
2017 trends in recruitment are also noticeable. The larger cartels are finding new personnel in ways that reach out to vulnerable sections of the wider public rather than remaining focused on the established criminal resource pools. Incidents of forced cannibalism have been recorded in recent weeks, most likely to coerce uninitiated individuals into a career of culpability. Much more sophisticated are new cartel efforts to recruit using social media. The Office of the Attorney General (P.G.R.) has publicised the detection of false employment advertisements that are distributed to those looking for work via Facebook. Unsuspecting civilians have attended fictitious meetings, and have been kidnapped and forced into joining. While this demonstrates an online capability that is to be expected of modern and complex crime, it also shows a fundamental base layer of the entire problem: the absence of legitimate working opportunities for the young people most at risk.
Adaptation is also noticeable in the two industries that fuel most organised crime in Mexico: the export of narcotics, and the import of firearms. With regards to drugs, consumption in the United States in particular is relatively high at the moment, as domestic services attempt to deal with an opioid addiction epidemic. Cocaine has given way to heroin, and heroin to fentanyl as the drugs of choice in several U.S. states, and cartels have adapted accordingly. Considering previous instances of anti-drug laws, the current federal efforts to âscheduleâ (criminalise) fentanyl and its precursor chemicals are unlikely to curb the pattern at all. Furthermore, in reaction to tighter monitoring of goods at the border, weaponry has started to be transported southwards in separate constituent parts, almost eliminating declarations and making firearm tracing far more difficult for the authorities. After ten years of aggressive policy making, 70% of all confiscated firearms in Mexico are still imported from the United States.
The deliberate targeting of journalists has also characterised the time frame of the MÃ©rida Initiative (see examples in Figure 2). In the ten years preceding implementation, 12 Mexican journalists were murdered in probable or confirmed gang-related incidents. Since 2007, that figure has more than doubled to 27, and resulted in just three criminal convictions. 75% of Mexican journalists surveyed by Freedom House have no faith in the protection mechanisms afforded to them, and the country is now one of the deadliest operating environments for the media. This is another example of the diversification of cartel aggression following militarised counter-narcotics crackdowns.

Figure 2: Journalists murdered in gang attacks 2010-2017
Successes and Failures
The metrics by which the United States and Mexico measure the success of the Initiative are vague, and those achievements that have been highlighted are minor, relative to the overall problem. These include, according to a recent Congressional evaluation, the withholding of a $50 million human rights dividend in order to emphasise an ethical approach, and the arrest of âEl Chapoâ Guzman of the Sinaloa Cartel. These purported successes in fact point to some serious limitations of the Initiative. As a proportion of the total budget, $50 million is a small sum and the use of such penalties may only prove counter-productive. The decapitation of the Sinaloa Cartel, too, has only served to heighten internecine tensions and spur criminal competition. In that particular case, the arrest of the kingpin led to an immediate leadership war between Guzmanâs children, his godson, and the Cartelâs chief of trafficking. If U.S. counter-insurgency experiences elsewhere in the world have demonstrated anything, it is that targeting the leadership of a decentralised criminal network can have little to no effect on the problem at hand.
Nearly every counter-narcotics operation in Mexico monitored by Intelligence Fusion analysts has involved Mexican Marines in some capacity (see Figure 3 for examples). The military-police partnership fostered by the MÃ©rida Initiative has caused significant unease among Mexicans, and has arguably led to a steady increase in both official corruption and human rights abuses. Between 2011 and 2016, 3,139 abuses were reported against human rights defenders alone, and Initiative aid is often released without standards being agreed upon or met.
The Mexican judiciary is the biggest recipient of MÃ©rida funding. Solicitors, judges, professors and bar associations are supported, however the benefits are yet to materialise because of the backlog created by law enforcement. Without greater emphasis on the Initiativeâs fourth pillar (long-term, preventative community action), the judicial infrastructure will remain unable to withstand the sheer volume of violent criminal cases, and any effective work will at best cause temporary disruption to organised crime. This overstretch contributes to the 78.6% impunity rate for homicide perpetrators, for instance.
That fourth pillar is where the Initiative must draw its praise, however. Community projects in places such as Tijuana, Baja California Sur, Ciudad Juarez, Monterrey and Nuevo Laredo have engaged thousands of young people and helped direct them into legitimate industry (so far 70% of them have entered work or higher education). A âCulture of Lawfulnessâ programme has been added to the curriculum of 10,000 schools, which may prove a far more consequential approach. It avoids the balloon effect of purely responsive, militarised counter-narcotics operations, and tackles one of the root causes of lucrative drug sales. While both production and consumption of scheduled drugs are higher than pre-Initiative levels according to the National institute on Drug Abuse, this inter-generational dimension may prove the most important in years to come. 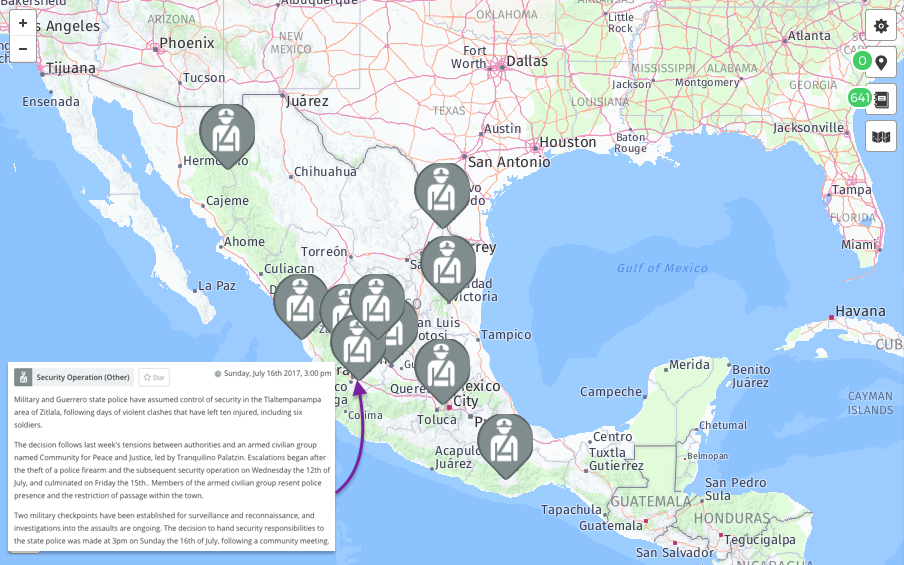 Figure 3: High profile military police operations involving the UH-60 Black Hawk helicopter, 2016-17
Moving Forward
The MÃ©rida Initiative is part of a wider hemispheric effort to combat organised crime. It constitutes one of the central features of Americaâs international âwar on drugsâ that pursues national security objectives at the cost of other values. It is frequently criticised for its ecological, legal, and social ramifications, but even with the metric of national security, it has failed to perform.
First and foremost, the drug war in Mexico affects ordinary Mexicans. A fortified police force coupled with adaptive cartels has evidently fuelled a social environment of violence, official mistrust, and impunity. Even with the best intentions, Mexicoâs actions in the areas of law enforcement and judicial processing have made few dents in organised crime, to which the rising homicide rate attests. Far more emphasis on the Initiativeâs laudable fourth pillar may begin to reverse the scenario in the long-term.
The implications for the Mexican experience are increasingly international in scope, however. Its most immediate effects may be felt in the neighbouring states of Guatemala, Belize, and the United States (the largest consumer market of narcotics). But even as far away as the Philippines, lessons may be learned from short-sighted militarised counter-narcotics.
As the addiction epidemic in the U.S. grows more serious, American decision makers may come under increasing pressure from constituents and representatives to tackle it. Changes in the consumption trends (e.g. from cocaine to heroin) and ânewâ highs such as fentanyl will require pre-emptive action before cartels adapt. Nevertheless, the Trump administration seems to be pursuing a narrower, more security based approach, involving less American assistance and more Mexican responsibility. $85 million has been requested for FY2018, which is 39% lower than last yearâs provisions.
The problem transcends borders, and dual responsibility is imperative. A move away from community action and lower funding, may prove regressive in terms of cartel strength. While no silver bullet exists, of course, the MÃ©rida Initiative may already contain the most effective tools with which to address North American organised crime. A re-arrangement of priorities and an acceptance of the socio-economic roots of cartel violence appear to be essential in lowering the dramatic homicide figures in future.
Back to Reports & Resources