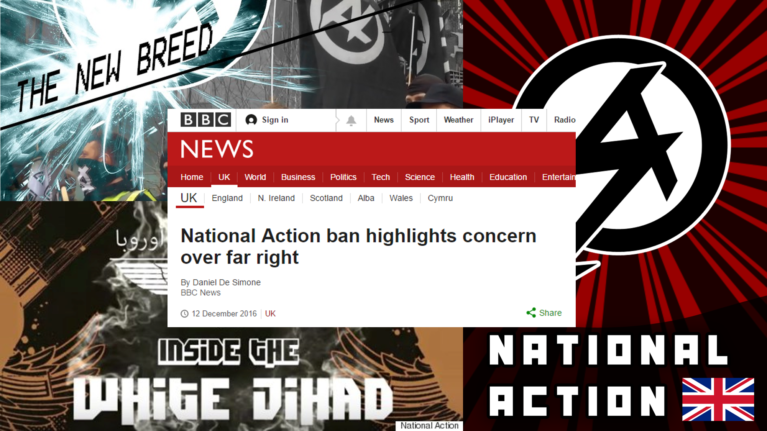 National Action, a British extreme far-right (plausibly neo-Nazi) organisation, has been proscribed as a terrorist organisation. It joins 70 other banned organisations, the majority of which are Islamist in nature, though several are Irish Republican organisations, including the IRA. National Action has the dubious honour of being the first extreme British nationalist group to be proscribed under the Terrorism Act of 2000.
National Action has undertaken marches and demonstrations. National Action leaflets have been distributed, for example in Newbury, as reported by Intelligence Fusion. Its website, before it was taken down, stated it participated in demonstrations, publicity stunts, and other activities. The organisation was also involved in spreading hate speech online, notably following the murder of Jo Cox. According to the Home Office, the promotion and/or encouragement of terrorism, including the unlawful glorification of terrorism, is grounds for proscription. National Action can certainly be considered guilty of this. Ben Wallace, Minister for Security discussed their language after Jo Coxâs murder: âOne stated: âOnly 649 MPs to goâ. Another, containing a photo of Thomas Mair, reads: âdonât let this manâs sacrifice go in vain. #Jo Cox would have filled Yorkshire with more subhumans!â 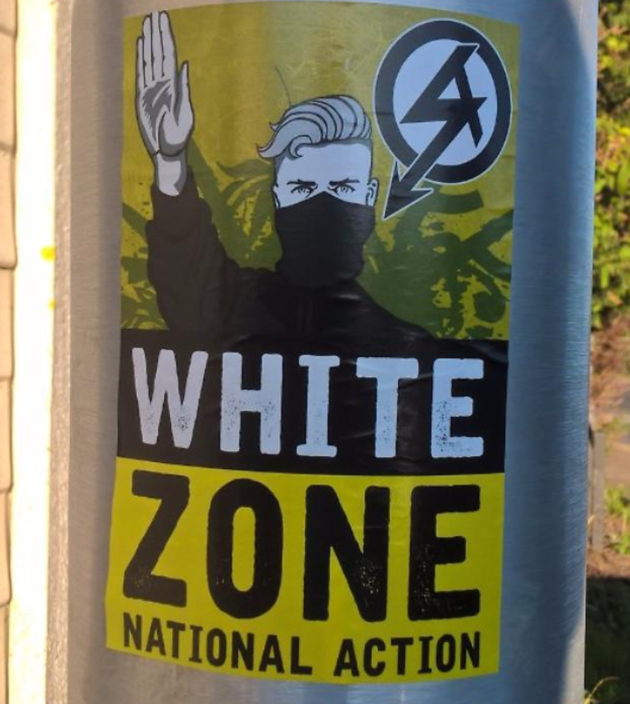 What does proscription mean in practice? Its website and twitter accounts have been taken down, though its YouTube channel currently remains. The Home Office states proscription allows âencouraging the removal of online materialâ though it is more likely National Action has done all this itself. Membership of National Action is illegal, though presumably membership of the group prior to proscription will not be a legal matter. Inviting support for National Action or organising National Action meetings even without being a member is also illegal. Finally, wearing any form of National Action insignias is illegal.
Should National Action have been criminalised? It is hard to argue that it has not displayed support for the actions of Thomas Mair, whose murder of Jo Cox was terrorism â violence applied to create fear leading to political change. In this sense the Home Office is entirely justified. However, does the threat posed by National Action diminish the threat it poses to Britain? This seems less certain.
National Action was only linked to the murder of Jo Cox in the sense that occupies a similar political position to Mair. Therefore, rather than being viewed as a criminal actor it is instead viewed as a mental pollutant, an organisation which spreads poisonous ideas driving others to commit crimes. Wallace again: âProscribing this neo-Nazi group will prevent its membership from growing and prevent it from spreading propaganda, which allows a culture of hatred and division to thrive. It will also help to prevent National Action from radicalising people who may be vulnerable to extreme ideologies and at risk of emulating the terrorist acts it glorifiesâ.
Criminalising the organisation will not eradicate these ideas. National Action has thrived by presenting itself as a guardian of a Britain betrayed by successive governmentsâ immigration and multiculturalism policies. Its proscription may be viewed by members and potential members as a badge of honour rather than a convincing repudiation of their abhorrent ideas. National Action members can hardly have been labouring under the misapprehension their ideas were wildly popular with the British people, so proscription will not have shaken their worldview. If anything it vindicates it: who would ban an idea which did not pose a threat, they may wonder.
Secondly the proscription will make it harder to monitor those who genuinely pose a criminal risk. National Action has historically been a secretive group. It has issued warnings that it does not use Facebook and groups on Facebook claiming to represent National Action are fakes. Its committed members are estimated in the low hundreds but the milieu in which they can operate online is much wider. The National Action members who go on marches represent the far end of a long spectrum of Britons interested in ethnonationalism. Commitment to National Action was a clear distinguishing feature marking out active extremists which will now be shed by members to avoid prosecution.
National Actionâs Scottish twitter account, before its removal, had followers with names like âSY Fashy [fascist] Britâ and âUnserKampfâ (âOur Struggleâ, with a Nazi medal profile picture). They describe themselves overtly as white supremacists and national socialists. Swastikas abound. There are also several examples of coded racist language, for example the use of brackets to indicate the discussion of Jews, for example âPromoting White Interests, agitating Antifa, Commies & (((them))).â These people, following National Actionâs proscription, have not gone anywhere. Proscription will not have destroyed their worldview. It is into this morass of people, committed National Action members can retreat, using coded language and innuendos to continue to spread their message while also being harder to monitor. One follower describes himself as a âFar-Right âTerroristâ. âWe will struggle and fight, and never slacken, never tire, never lose courage, and never lose faith. Proscription will not kill the ideaâ, he writes. However, he has also renounced affiliation with National Action, changing his language just enough to avoid prosecution without having changed his mind.

This is likely happening to many âformerâ members. They will speak with more guarded language in public, while believing their ideas sufficiently dangerous to merit proscription, and therefore potent enough to be worth pursuing. Some may be deterred but others will be spurred on, believing that, judged by the strength of their enemies, they are powerful.
The effectiveness of proscription is an important issue. We have focused on National Action here because its criminalisation is recent. However, there are 70 other organisations also under proscription. Therefore, its effectiveness is a question of national security. If its effectiveness is limited in the ways we have discussed for National Action it may well be limited in the same way for other groups â legitimising ugly worldviews in the minds of adherents while making them harder to monitor. In short, is proscription the most effective way to keep Britain safe from ideas the state deems dangerous? National Action will be an interesting case study. Proscription may serve to stamp out its repugnant ideas but the alternative is plausible: it might force National Action ideas underground to fester without dying, growing more extreme and, as Ben Wallace fears, persuading people to commit violent acts, rather than just belonging to criminal organisations.