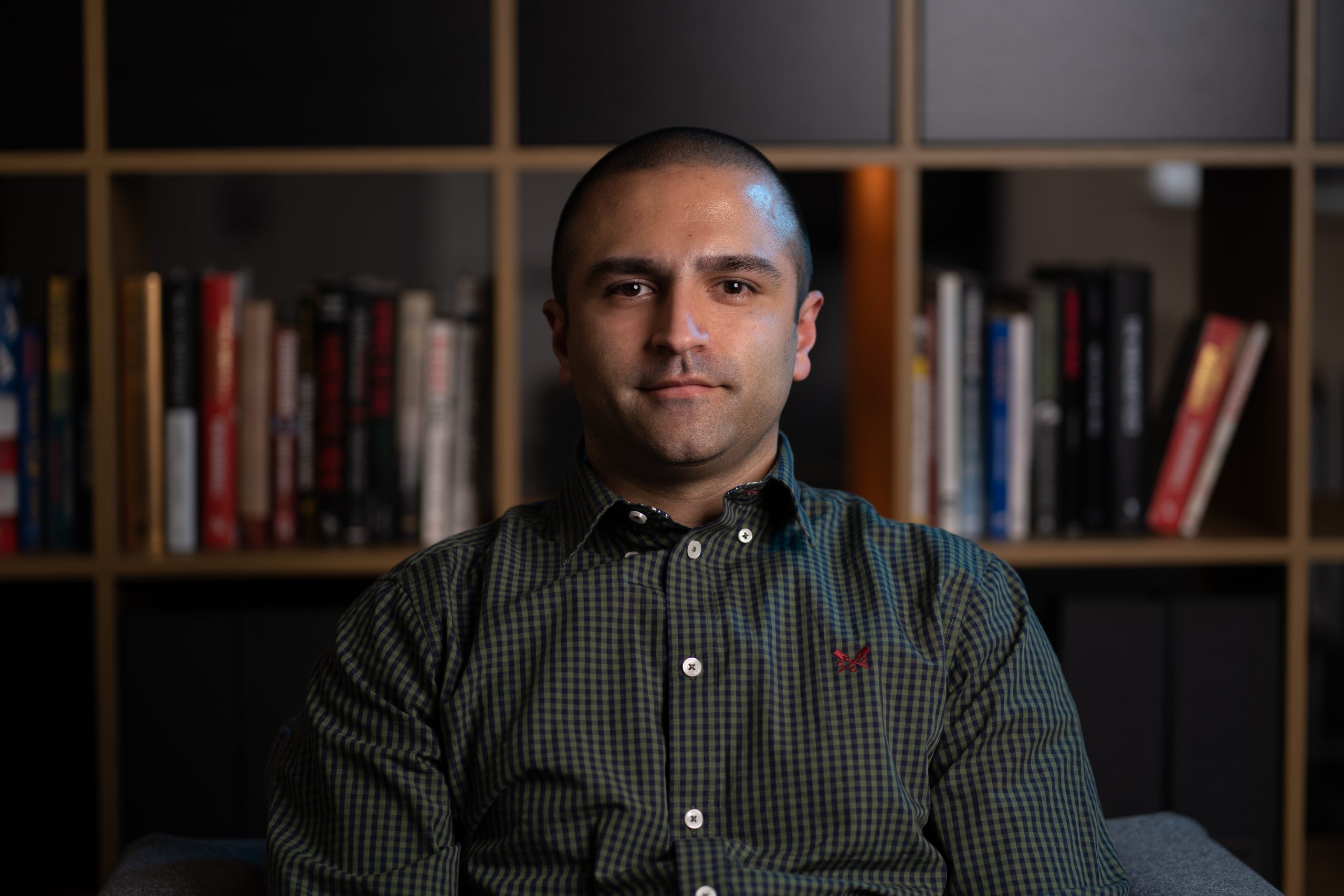 On 6th May, Khalifa Haftar gave orders for the LNA to take control and ‘liberate’ Derna from MSCD (Mujahideen Shura Council of Derna). Since then, the LNA claim to have launched a three-pronged operation to take control of Derna, attacking Derna from the east, west and south. The Saiqa Special Forces and LNA forces (the Tareq Bin Zayid Battalion being one of at least a dozen other battalions) are taking part in the operation. On 11th May, the head of the MSCD, Ateyah Al-Shaari, announced the dissolution of MSCD and the creation of the Derna Protection Force to replace it. 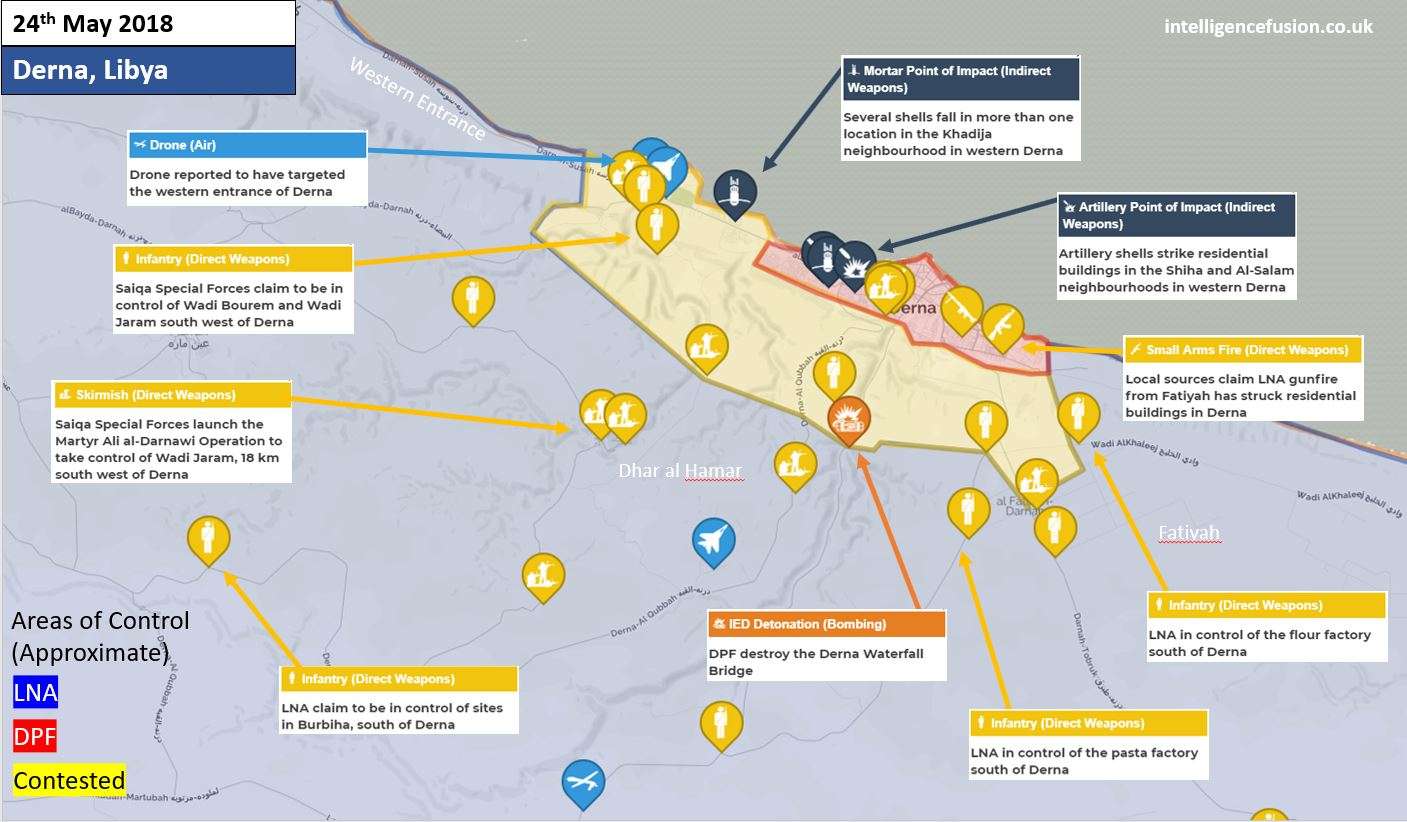 At present, fighting is focused in areas around the western entrance, Wadi Jaram, Wadi Naqa, Dhar al Hamar, Wadi Derna and Fatiyah. While it is difficult to accurately assess areas of control, the LNA are likely to be in control of most key strategic checkpoints/locations on the outskirts of the city such as Burbiha. Additionally, they are likely to have considerable control of Dhar al Hamar, and Wadi Jaram and Wadi Naqa (both east and north east of Dhar al Hamar). Still, control of areas is not yet absolute and while the LNA are the stronger force, the terrain, particularly on the outskirts, means there will be an ebb and flow in some areas. For instance, on the 17th of May, an LNA reconnaissance unit briefly entered the Shiha neighbourhood of Derna. Once the LNA take control of upland areas surrounding the city, the DPF will find it difficult to wrest back control because of territory alone. The presence of mines especially in the valleys is likely to slow LNA progress, however.

According to the UN, at least 300 to 500 families have been displaced from the Fatiyah area, the most populated area of those where fighting is currently taking place. On 22nd May, OCHA reported that between 300 and 800 families have been displaced from the Saida Khadija neighbourhood and a further 60 families displaced from other neighbourhoods such as Al Salam neighbourhood. The LNA claim the DPF are firing shells from residential areas and that snipers are located in government buildings. Several times LNA shells have hit residential areas (as shown on the map). Humanitarian access is severely restricted with severe shortages of food, medicine and fuel as well as other commodities. LNA-controlled checkpoints are intermittently open. Furthermore, fighting in at least one instance caused power outages in three of five districts. The High Council of State in Western Libya has called for the Red Crescent to deliver aid and figures from across the political spectrum have denounced both the DPF and LNA.