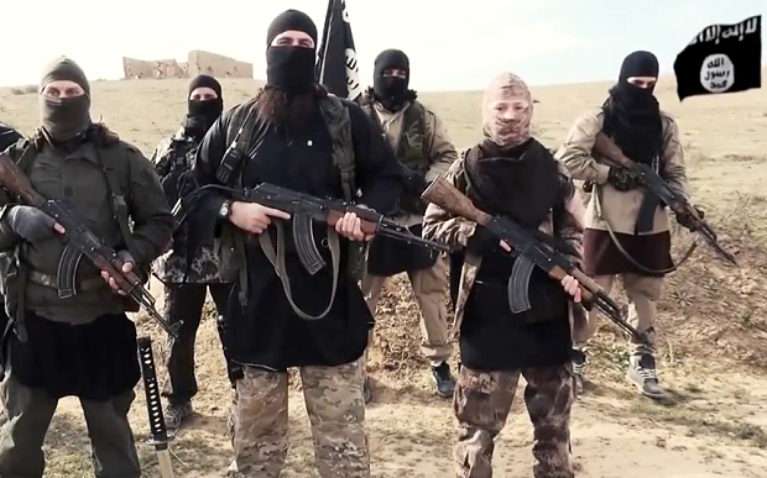 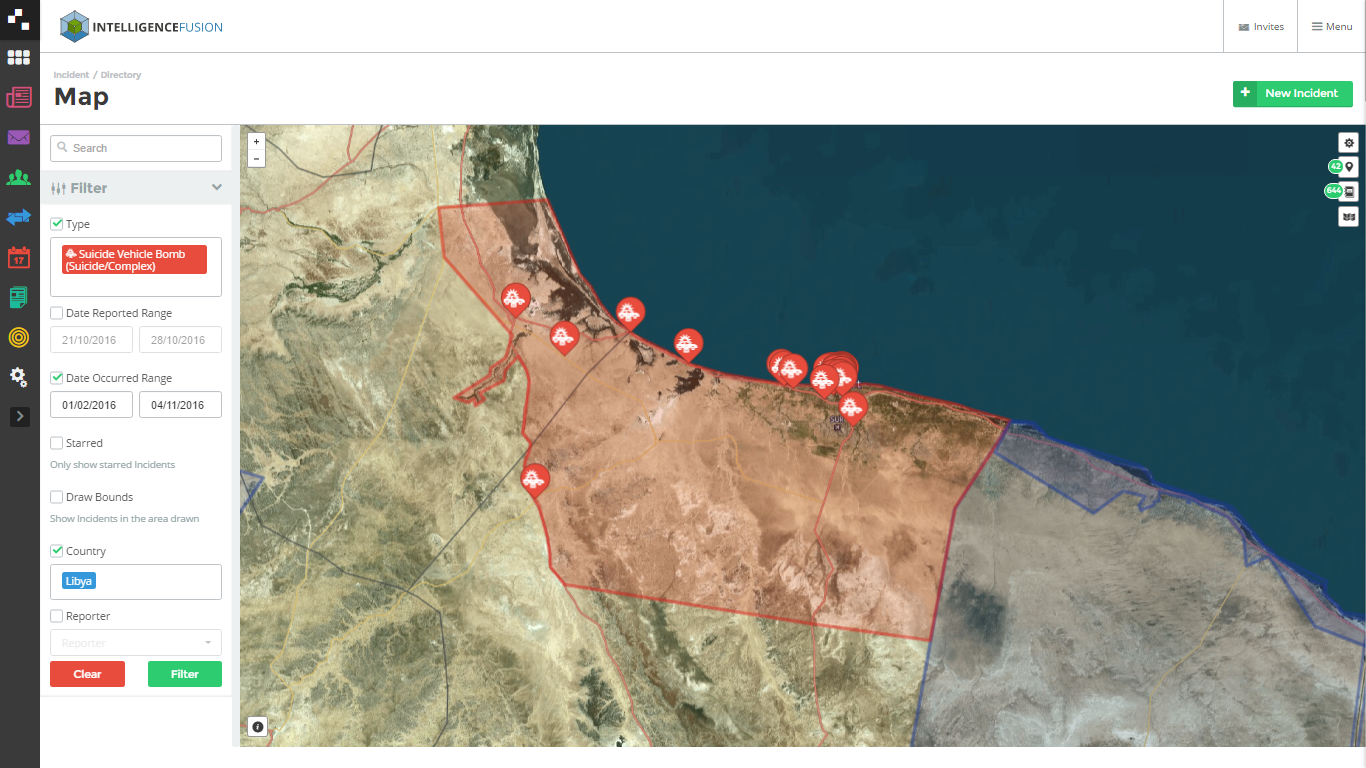 According to our research, since 1st February 2016 to 31st October 2016, IS have attempted, intended or detonated approximately 114 SVBIEDs. This figure includes truck bombs that have been discovered and dismantled by Al Bunyan Al Marsus (BAM) on at least two occasions. US airstrikes have also destroyed 37 SVBIEDs and 3 VBIED factories as part of Operation Odyssey Lightning since 1st August 2016. BAM ground forces have discovered 6 bomb making factories (approximate locations provided where geo-location information available). On at least one occasion, IS SVBIEDs disguised themselves with families fleeing Sirte. 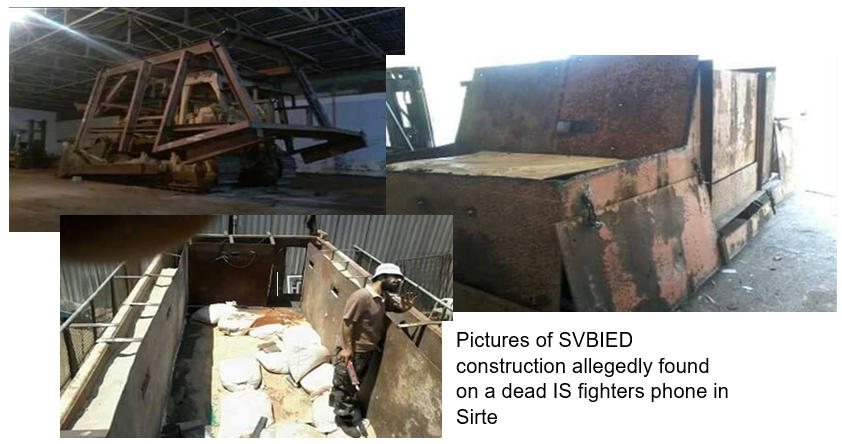 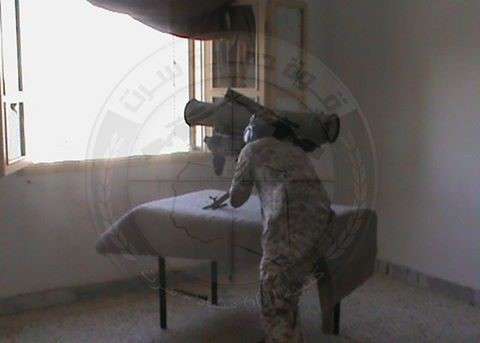 A 604 Battalion soldier using an ATGM. ATGMs are often used to destroy IS VBIEDs and heavily armoured vehicles in Syria and Iraq. BRSC, IS and BDB are known to possess and in some cases use ATGMs in Benghazi and elsewhere against the LNA. A plethora of factors determine their efficacy such as city layout and elevations; visual obstructions; number of VBIEDs and their size, armour, distance, speed, direction of travel and skill level of ATGM operator.
BAM is composed of various individuals and groups who possess little or no military training. Roughly 20 percent are officers and soldiers with military experience under the previous regime, the rest are civilians, many of which who fought during the civil war. BAM forces also lack modern weapons and equipment (there is an arms embargo currently in place in Libya). American and British special forces are thought to be playing an ISR and logistical role. Countries such as Italy and Tunisia have provided medical assistance to BAM forces, the former recently opened a hospital in Misrata.
Airstrikes in Sirte â 1st April 2016 to 1st November 2016. 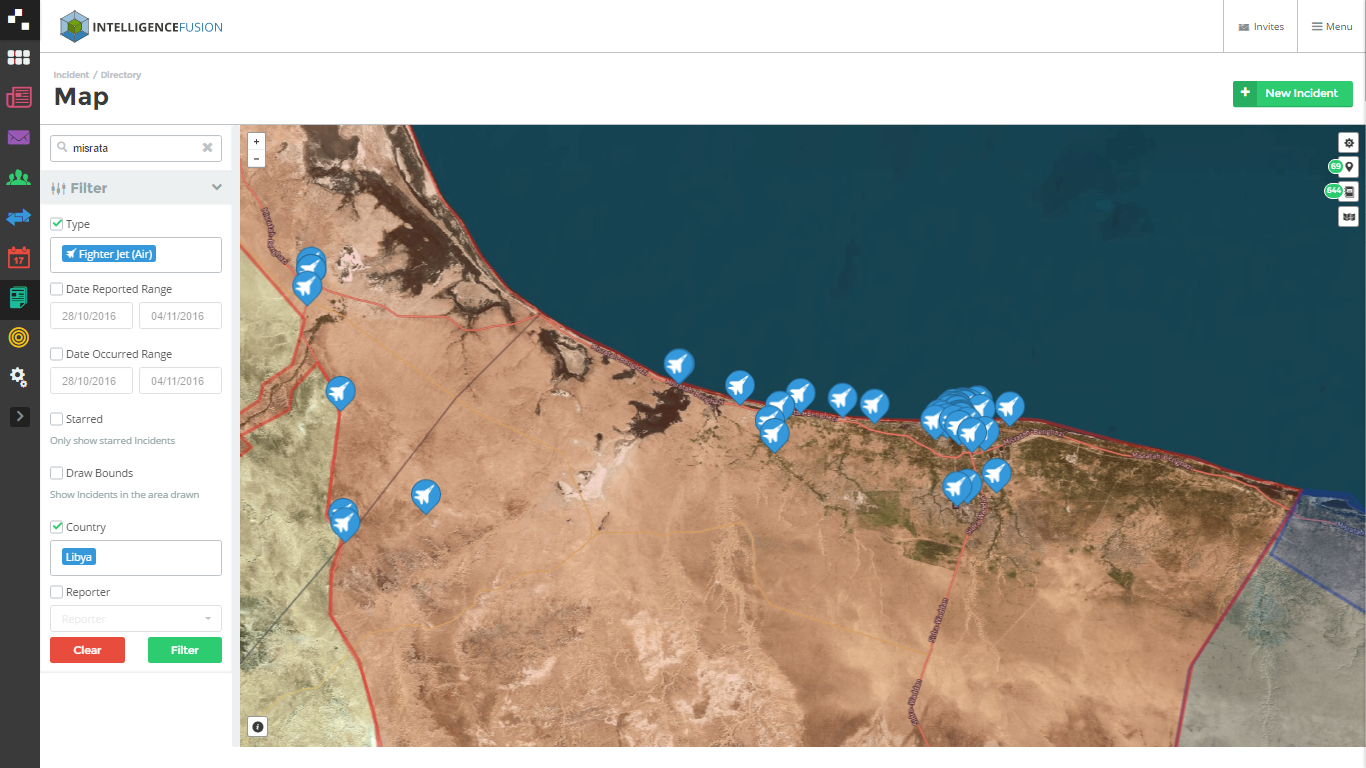 Misratan aircraft destroyed IS vehicles and convoys in the early stages of the conflict (see video below), and though details of strike targets are not always clear, they are known to have targeted SVBIEDs. On a number of occasions, however, IS have successfully detonated SVBIEDs near Sadada and Abugrein during the early stages of the operation against IS. IS also detonated an ambulance SVBIED near a field hospital on the Sirte â Abugrein coastal road. It was very clear early on that SVBIEDs posed the biggest threat to local forces.
The Misratan air force lack the resources and infrastructure on the ground as well as precision munitions to strike IS SVBIEDs and fighting positions at a sustained, accurate and intense pace in urban environments. The US has undoubtedly played a crucial role in isolating IS to Giza neighbourhood (also known as Giza al-Bahriya neighbourhood).
Infographic released by BAM ops room 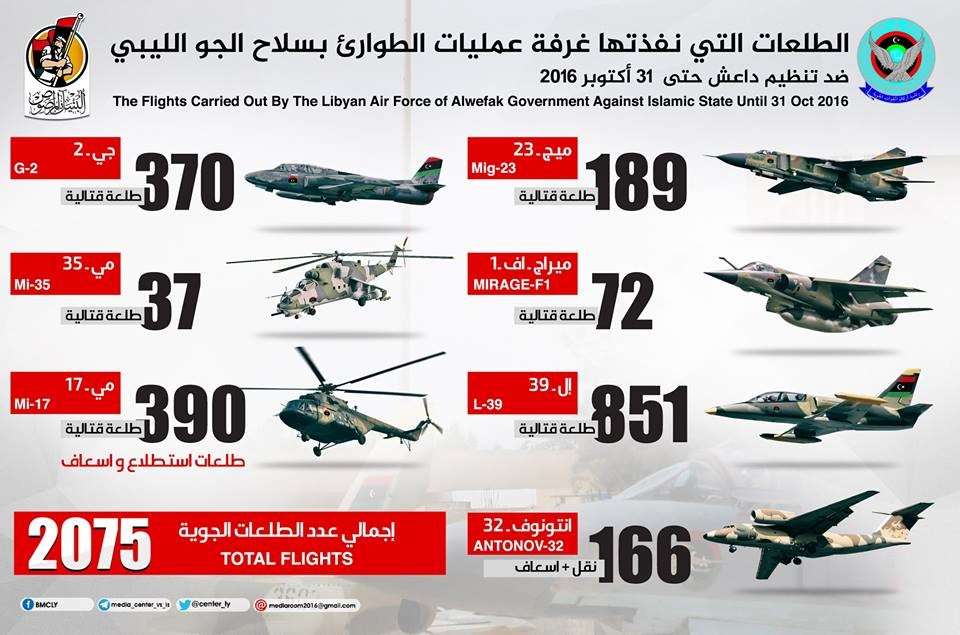 Remnants of IS remain around Sirte. IS have laid IEDs and booby traps along the Abugrein â Sirte coastal road (around Sakir and Naklah approximately 50km west of Sirte), and detonated SVBIEDs as far as Abu Grein. Recently, there have been reports of checkpoints set up by IS on the Abu Nujaiym crossroads. Indeed, it is thought that IS made the pre-emptive move to take the town of Abugrein in part to extricate IS personnel and resources out of Sirte. There is also concern that IS sleeper cells remain in areas west of Sirte such as Wadi Jarif.
Many if not all the targets are stationary. Geolocation of airstrikes (where precise location can be determined) is provided below. 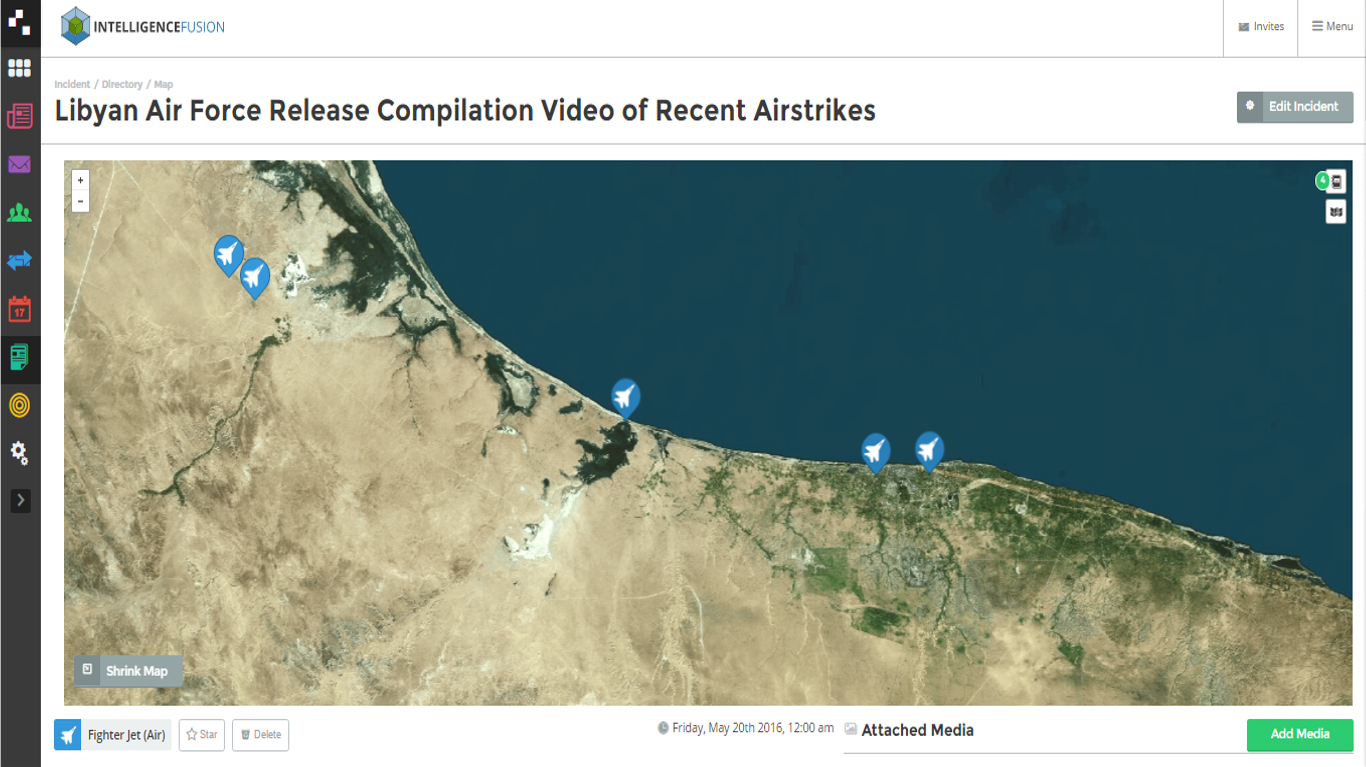 Islamic State Snipers
BAM have consistently mentioned IS snipers, mines and IEDs as major impediments to progress. There have also been consistent claims of IS using human shields in Sirte. US airstrikes have destroyed 730 enemy fighting positions so far. 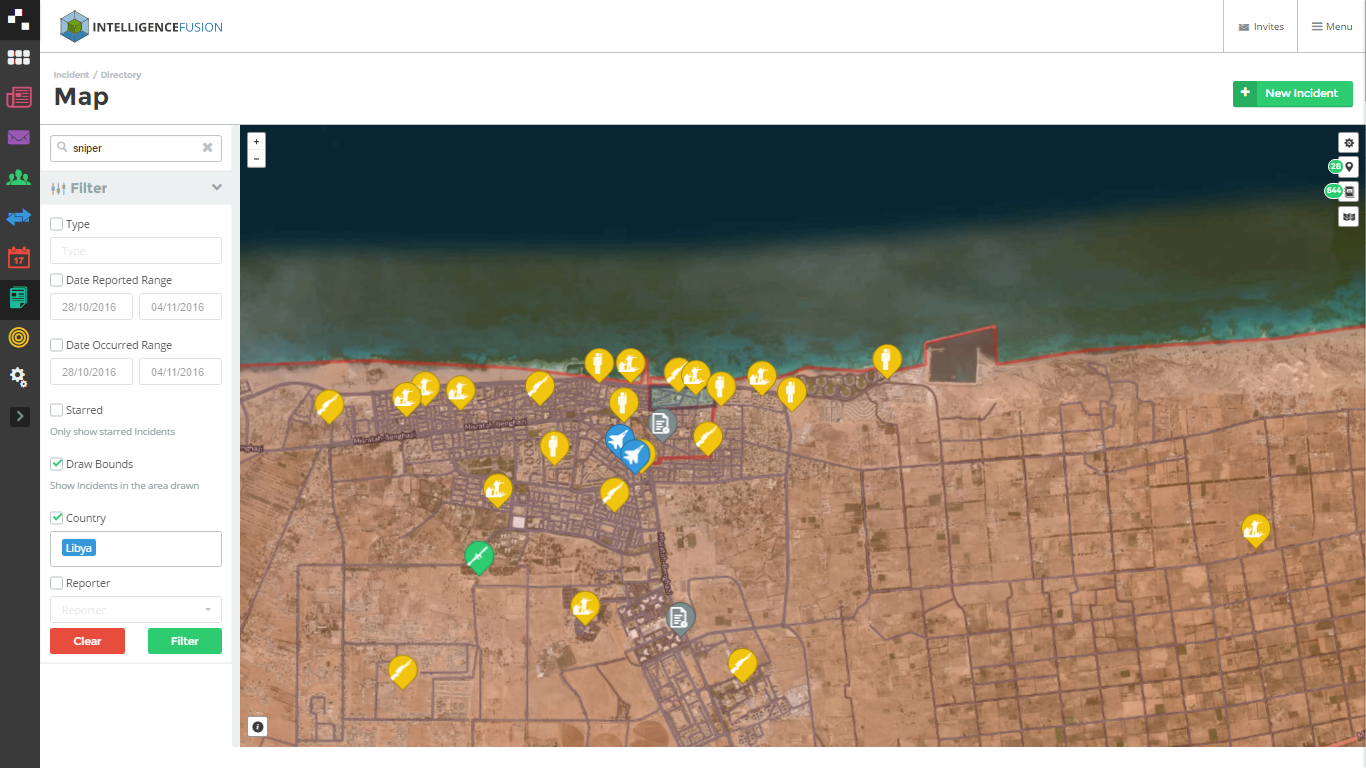 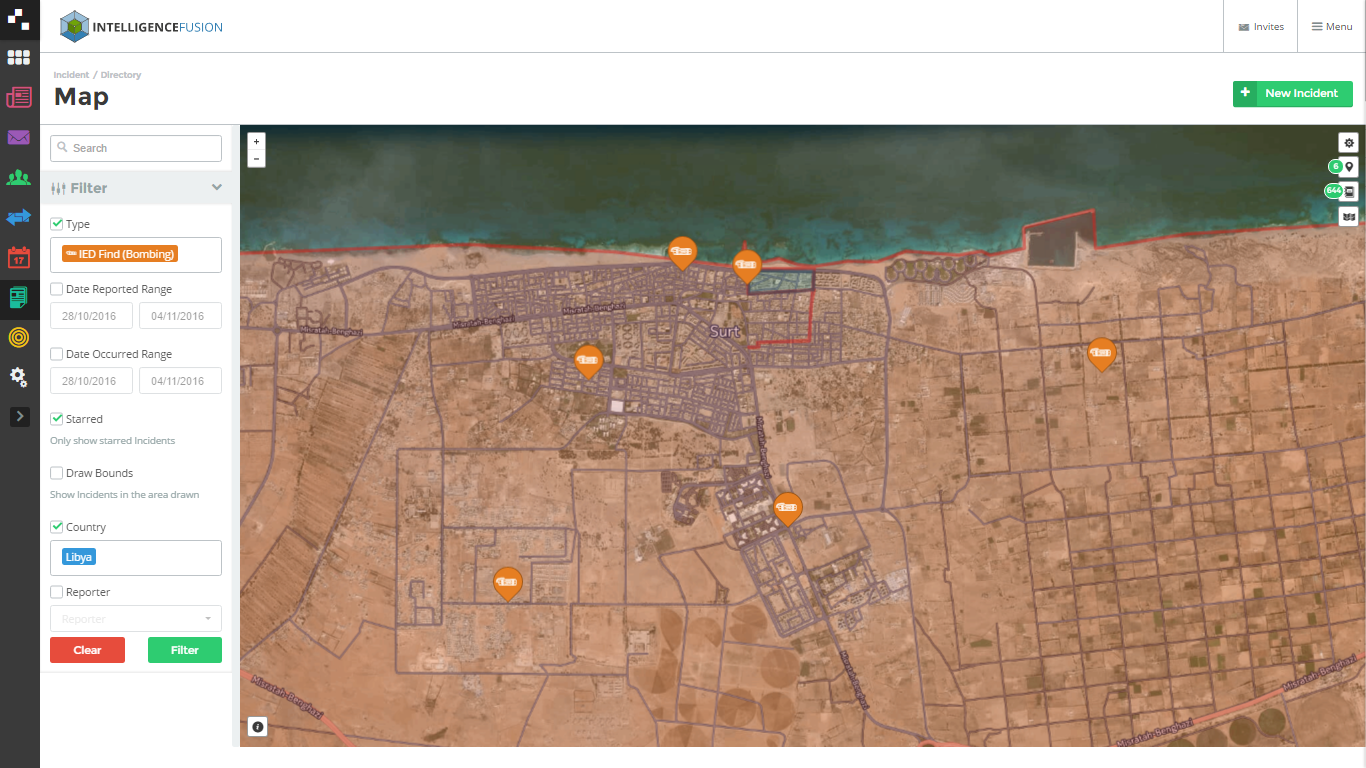 BAM have discovered bomb factories (geolocated where information is available) 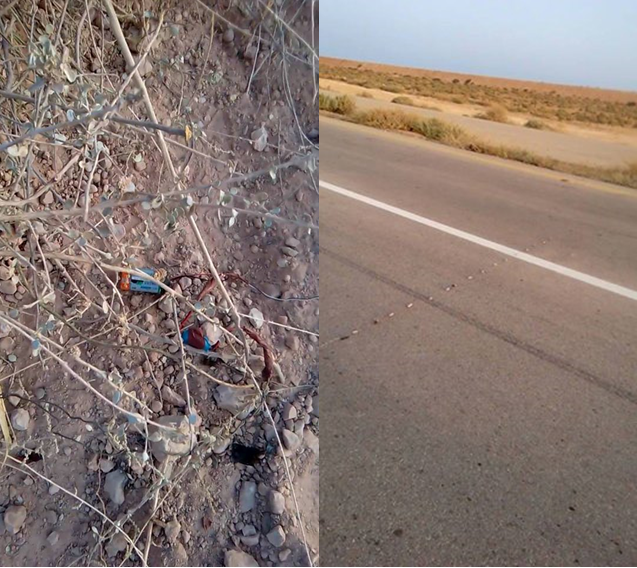 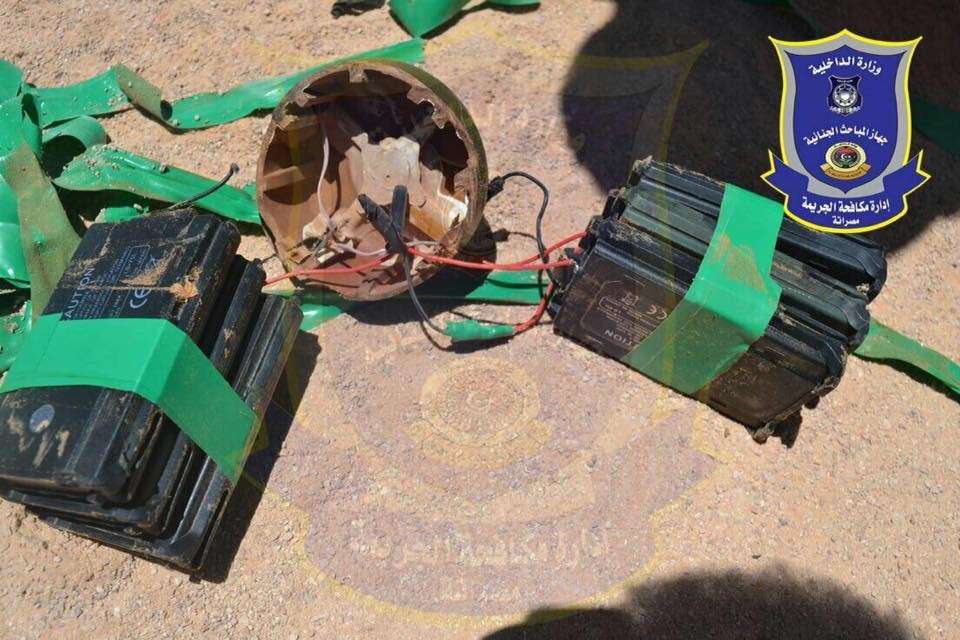 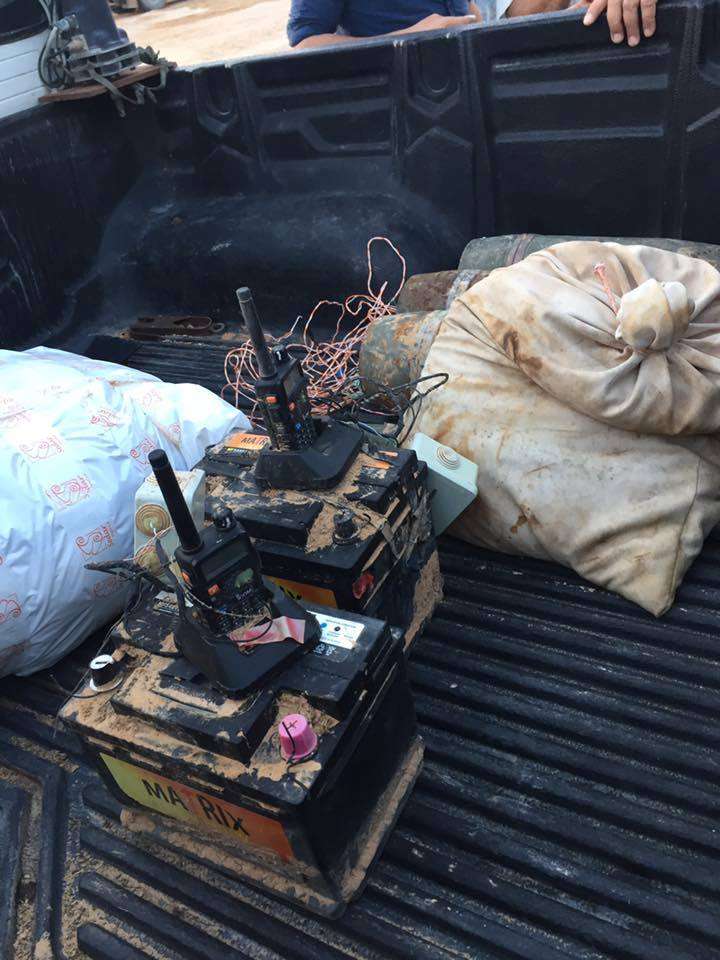 Amaq statement claiming IS in Sirte destroyed BAM vehicles. Though the statement above may well be an exaggeration, IS are certainly planting IEDs on the Sirte-Abugrein coastal road as evidenced by pictures shown above. BAM recently released photos of construction trucks clearing areas besides the road to prevent or make more difficult for IS to disguise roadside bombs/IEDs. 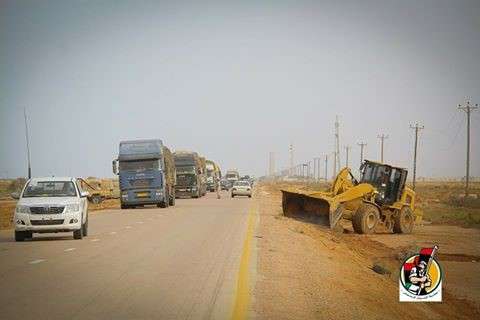 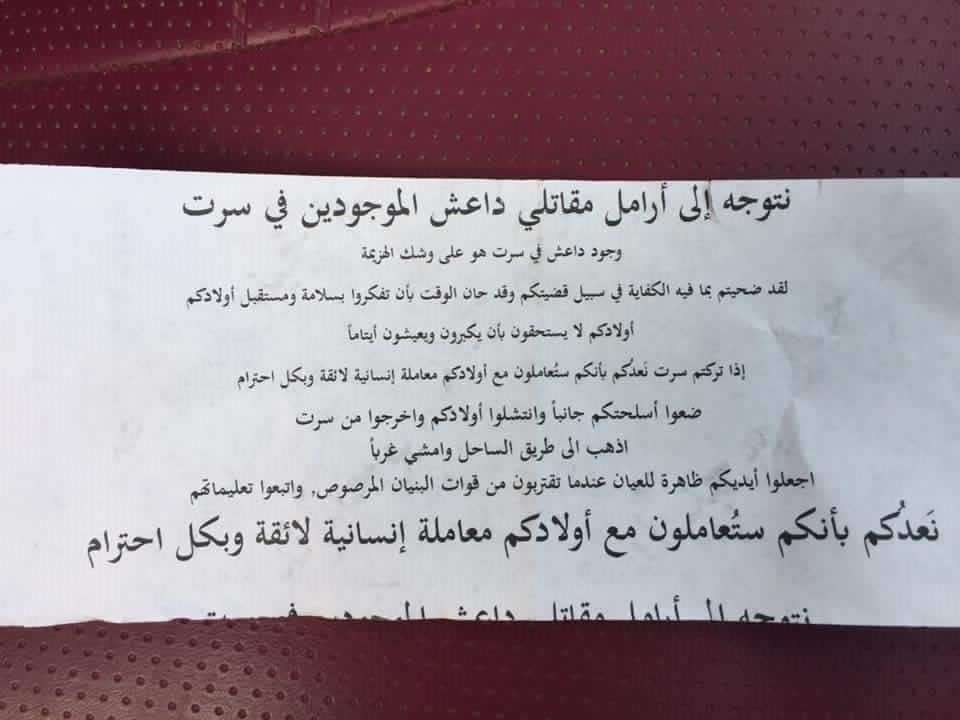 Source: BAM ops room
A Misratan fighter jet dropped the following leaflets over IS held areas in Sirte urging civilians to identify themselves so BAM forces can guide them to safety. 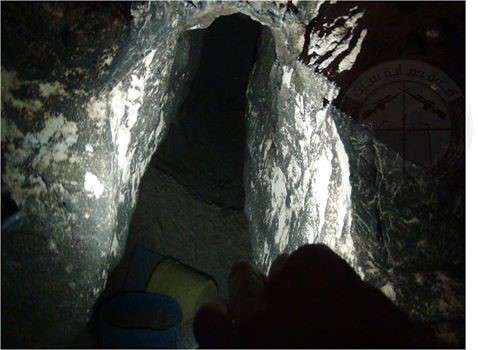 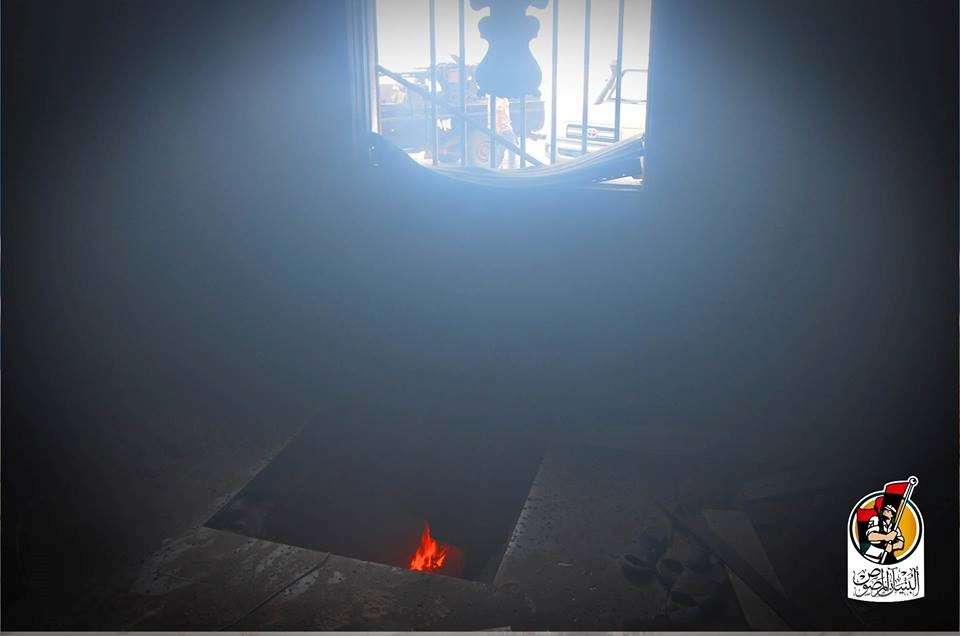 IS fighters have been using such tunnels and bunkers as ways to move around to avoid detection and to protect themselves against airstrikes.
Back to Reports & Resources