Hizbul Mujahideen: a cross-border proxy actor that has prolonged the Kashmir conflict?

In Kashmir, one terrorist organisation that has frequently come into friction with Indian security forces since 1989 is Hizbul Mujahideen (HM). 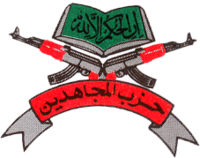 Logo of Hizbul Mujahideen.
Some of the recent noticeable activities of HM in the past few months are:
8 March – three HM militants hailing from Jammu division were arrested in Srinagar.16 March – Enforcement Directorate filed a complaint against 2 HM operatives under Prevention of Money Laundering Act. 27 March – HM cell was arrested by police in Kulgam district; which led to a further six being arrested and arms and ammunition recovered. In April, intelligence suggested that HM has joined with Lashkar-e-Taiba, and Jaish-e Mohammad to wage ‘United Jihad’ in Kashmir.5 May – Three Over Ground Workers (OGWs) of HM were arrested in Shopian.17 May – HM terrorists were involved in the killing of young army officer in Shopian district of Kashmir. 12 May – HM warns Hurriyat leaders that they will chop off their heads and hang them in Lal Chowk, Srinagar.26 May – Burhan Waniâs successor Sabzar Bhat was gunned down in Tral by security forces and a huge haul of arms and ammunition was recovered from the site where Bhat was killed. Although, security forces have had some success in targeting HM militants from the 2015 cadre and in controlling the activities of HM; the group still has considerable grip on Kashmir and recently released a new photo of the 2017 cadre of militants. 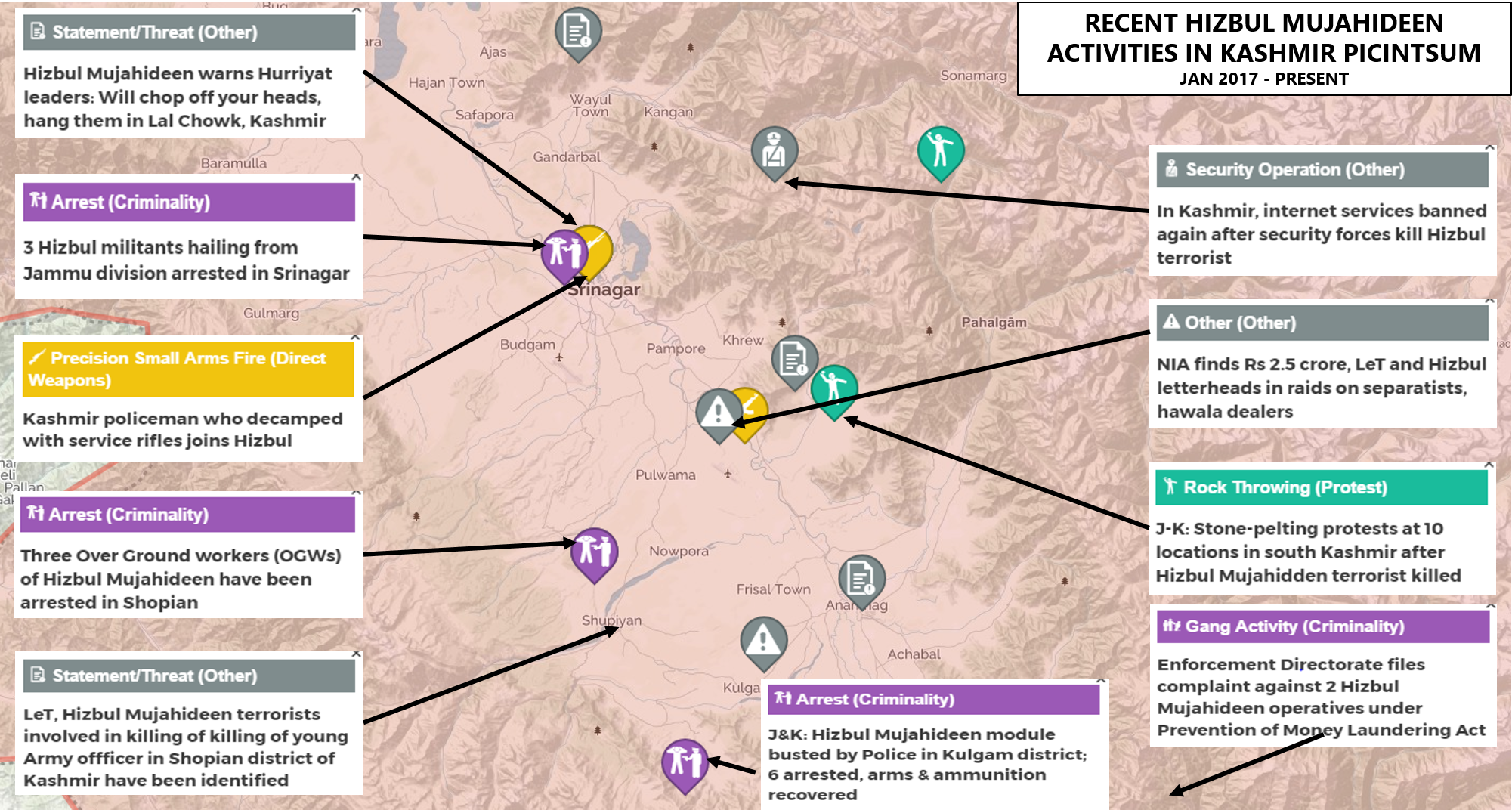 Click on above image to expand.
HM is one of the largest pro-Pakistan unification ideology terrorist outfits operating in the state of Jammu and Kashmir (J&K). It is proscribed under Indiaâs Prevention of Terrorism Act, 2002.[1] It has been designated as a terrorist organisation by India[2], the European Union,[3] and the United States.[4] Its cadres are drawn from indigenous and foreign sources that make it highly effective in perpetrating violence across the state. 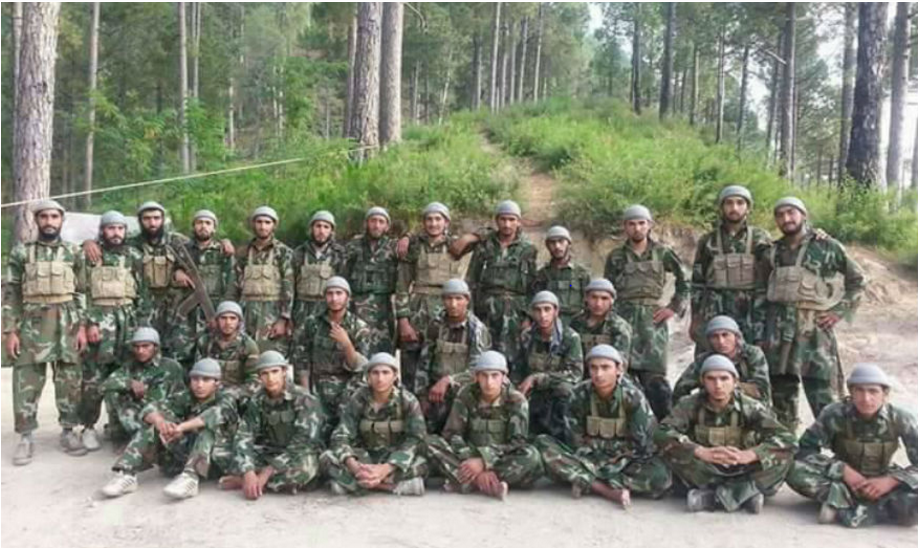 Latest batch HM terrorists in Muzaffarabad. Image: News18[5]
HM was founded by Ahsan Dar in 1989. It was formed as a militant wing of the Jamaat-e-Islami, an Islamist organisation in Pakistan. However, there are reports that allege Jamaat-e-Islami set up HM at the behest of Pakistanâs Inter-Services Intelligence (ISI) to counter the Jammu and Kashmir Liberation Front (JKLF), that was advocating complete independence of J&K rather than integration with Pakistan.[6] HM supports the liberation of Kashmir and its accession to Pakistan. HM also campaigned for the Islamisation of Kashmir,[7] which was further witnessed in one of the HM commanders, Zakir Musaâs provocation to Kashmiri youth to pelt stones in the name of Islam; and not in the name of nationalism. In the mid-1990s HM operated in Afghanistan and trained alongside the Afghan Hizb-I-Islami Gulbuddin (HIG) until the Taliban takeover.
HM is currently led by Syed Salahuddin (Mohammad Yusuf Shah)[8] the supreme commander. Its headquarters is reported to be based in Muzaffarabad in Pakistan occupied Kashmir (PoK). The estimated cadre strength of the HM is around 1500 in Kashmir. However, a report suggests that its cadre strength in 1990 on the both side of Line of Control (LOC) was above 10,000.[9] In the Kashmir Valley, its chief commander of operations is Ghazi Nasiruddin and the group is divided into five divisions across the state. It has been alleged that Pakistanâs Inter-Services Intelligence (ISI) has provided training and funding to HM.[10] 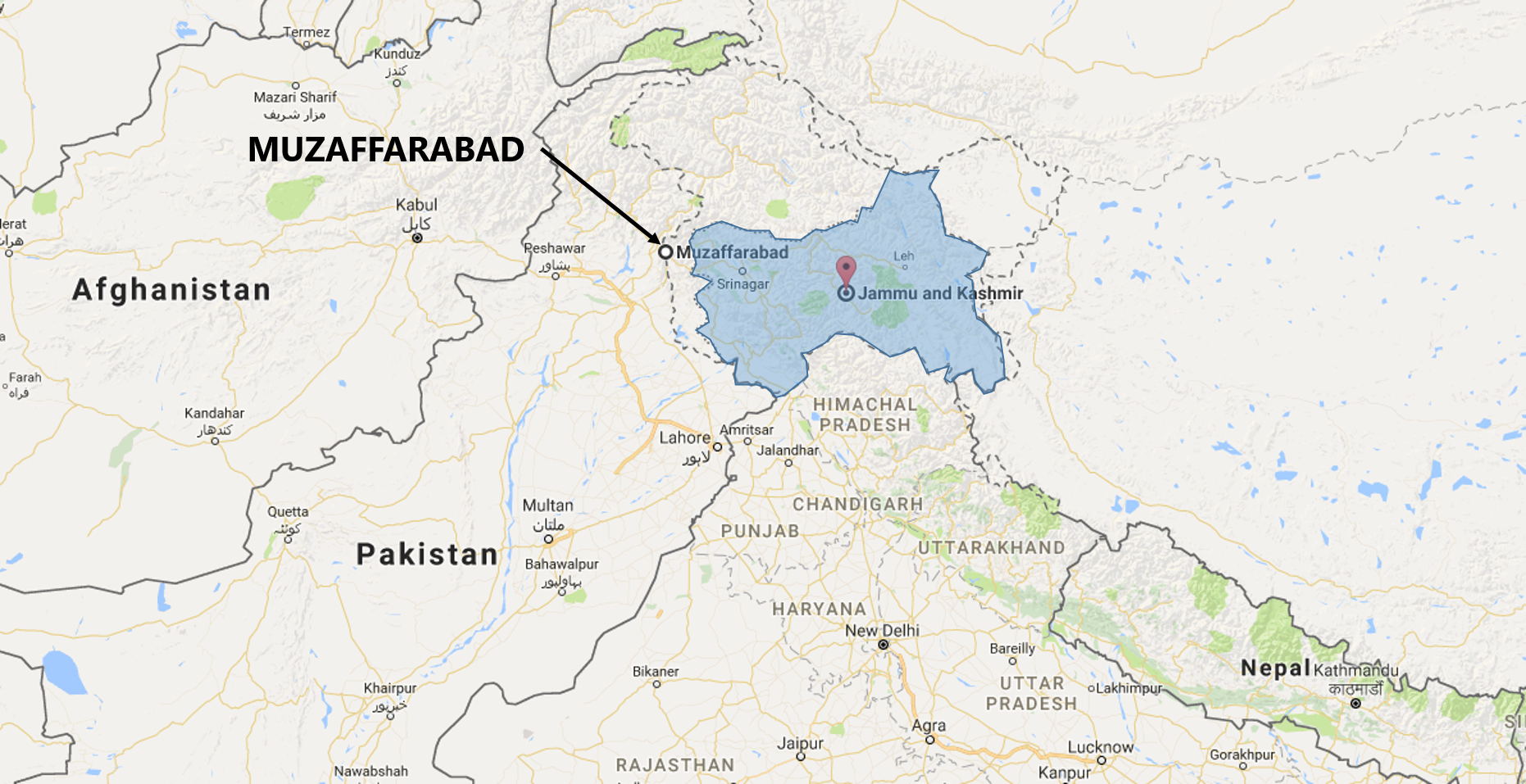 Hizbul Mujahideen uses standard tactics of coercion and targeted killings in order to purge pro-independent activists and leaders. It has adopted an aggressive approach from the outset with communal postures to shield its activities. HM is responsible for an estimated 65% of violence in J&K.[11] It has its own news agency, Kashmir Press International, Rawalpindi.[12] 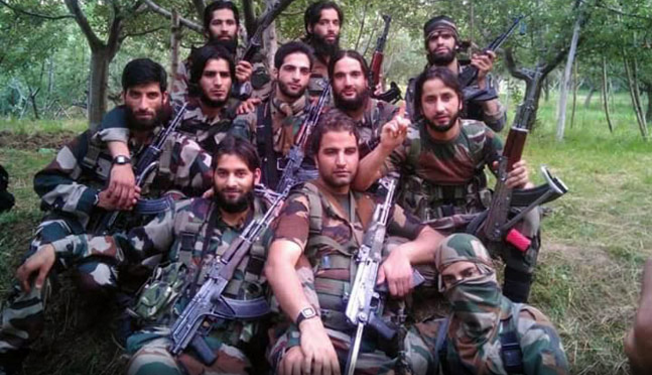