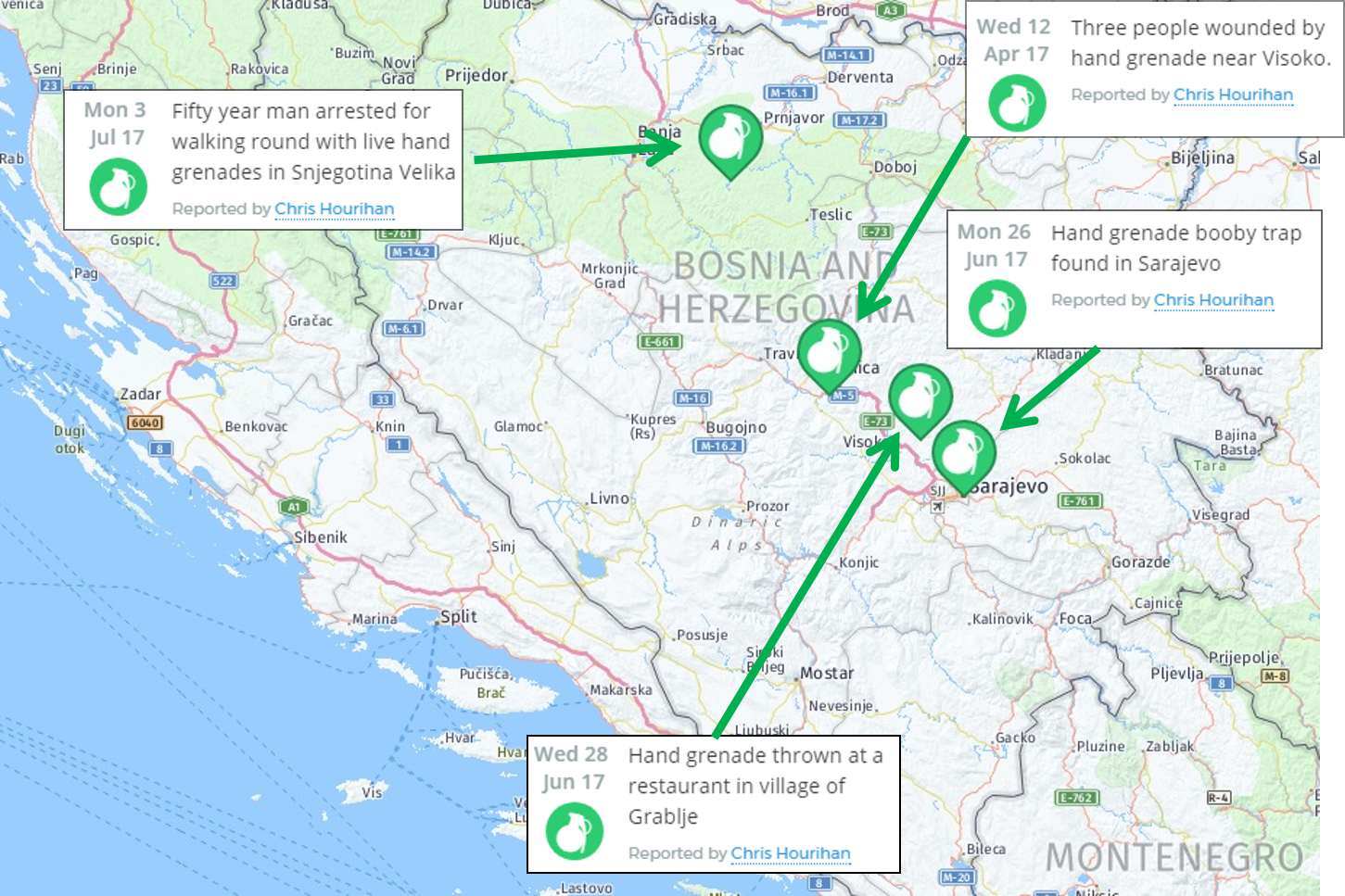 by Chris Hourihan
From April to July 2017 there were four hand grenade related incidents recorded in Bosnia and Herzegovina. This number of hand grenade incidents is a legacy issue from the civil war. When grenades were given to the civil population, including children, it was highly unlikely that any detailed records were kept. With this in mind, there must be thousands of undocumented grenades, mines and other ordinance still in circulation.
The picture below was taken by Chris Hourihan while serving as a United Nations peace keeper in Bosnia in 1993. The children in the picture were from a Bosnian Muslim area. When asked why they had hand grenades they stated that they were given two grenades each in case the Chetniks (Serbs) attacked. 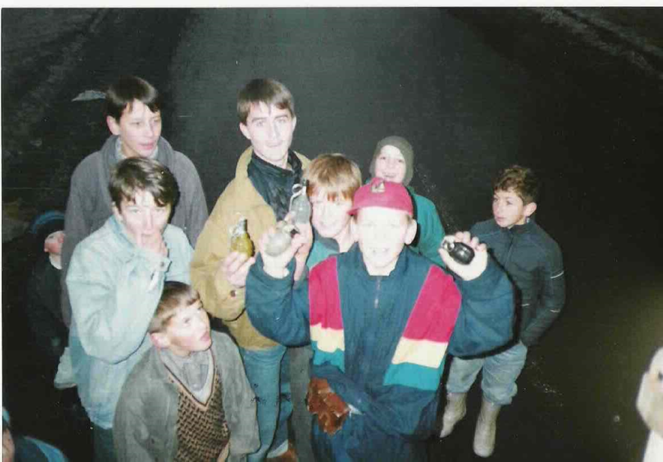