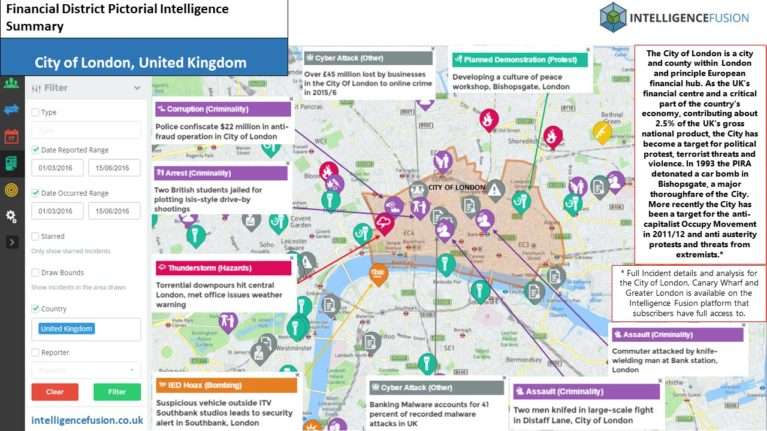 Overview: The City of London is a city and county within London and principle European financial hub. As the UKâs financial centre and a critical part of the countryâs economy, contributing about 2.5% of the UKâs gross national product, the City has become a target for political protest, terrorist threats and violence. In 1993 the PIRA detonated a car bomb in Bishopsgate, a major thoroughfare of the City. More recently the City has been a target for the anti-capitalist Occupy Movement in 2011/12 and anti-austerity protests and threats from extremists. Full Incident details, mapping and security analysis for the City of London, Canary Wharf and the rest of the UK is available on the Intelligence Fusion platform that subscribers have full access to.
Back to Reports & Resources