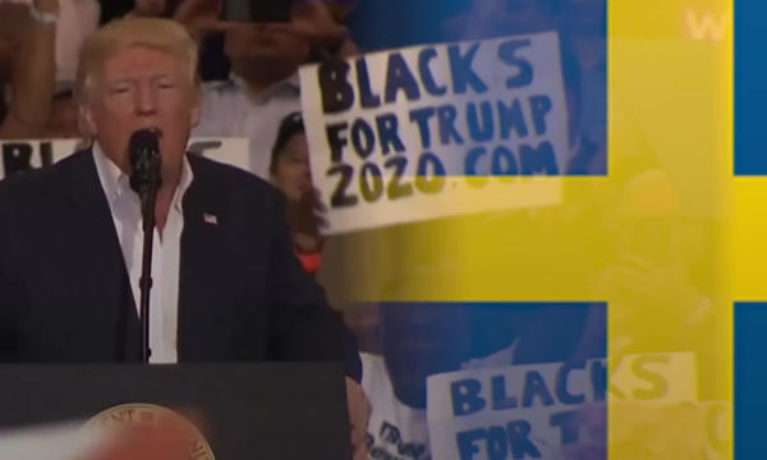 Following President Trumpâs comments regarding the security situation in Sweden, which has ignited furious debate, we are reposting this analysis on Europeâs No Go Zones â Fact or Fiction, which in part looks at Sweden.
Originally posted on June 3, 2016.
Introduction
There is much argument in the media regarding âno go zonesâ and whether or not they exist in Europe. In Jan 2015, Fox News issued an apology in relation to a statement they made regarding Muslim no go zones in England and France.
âTo be clear, there is no formal designation of these zones in either country and no credible information to support the assertion there are specific areas in these countries that exclude individuals based solely on their religion.â
In this post I want to explore this issue further. Are no go zones fact or fiction in Europe?
The first thing I must address is the term âno go zoneâ. A âno-go areaâ or âno-go zoneâ is an area barricaded off to civil authorities by a force, or barred to certain individuals or groups. During the Troubles, the term was applied to urban areas in Northern Ireland where the Royal Ulster Constabulary (RUC) and British Army could not operate openly. 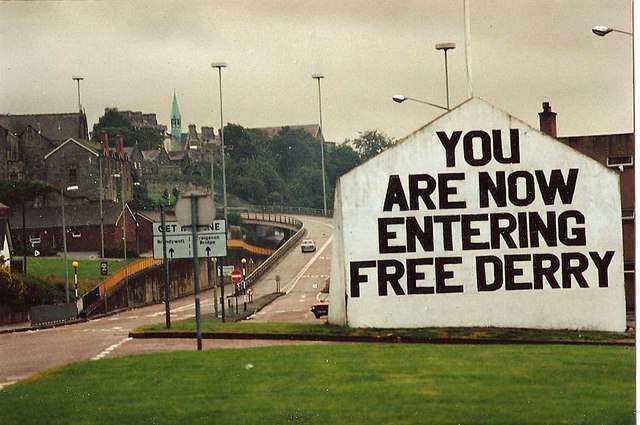 The most notable no-go area was Free Derry. The areasâ existence was a challenge to the authority of the British government. On 31 July 1972, the British Army demolished the barricades and re-established control in Operation Motorman. It was the biggest British military operation since the Suez Crisis. Although the areas were no longer barricaded, they remained areas where the British security forces found it difficult to operate and were regularly attacked.
So do these no go zones exist in Europe, remembering that the definition we are using is an area that is barricaded off to civil authorities by a force, or barred to certain individuals or groups, where security forces can not operate openly?
SWEDEN
In a report produced by Swedenâs National Criminal Investigation Service, 52 areas of the country have been put on a âblacklistâ which are then divided into three categories from ârisky areasâ to âseriously vulnerableâ. Intelligence Fusion analysts have marked these areas on our mapping, which can be seen on the image below. They stretch from Malmo in the south to areas north of Stockholm. 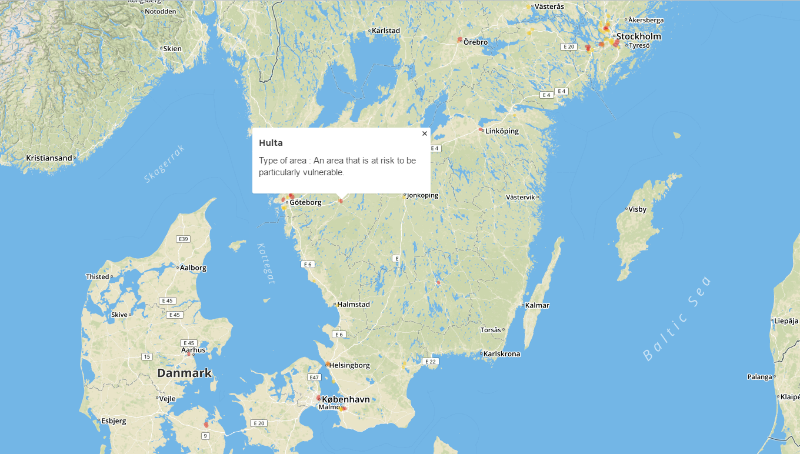 Seriously vulnerable areas are described by police as areas where threats, violence and extortion are common. Residents do not dare speak to police for fear of violence. Drug sales are conducted in open and children can be seen carrying firearms. An example of one of these seriously vulnerable areas is the Rinkeby/Tensta area in north west Stockholm. 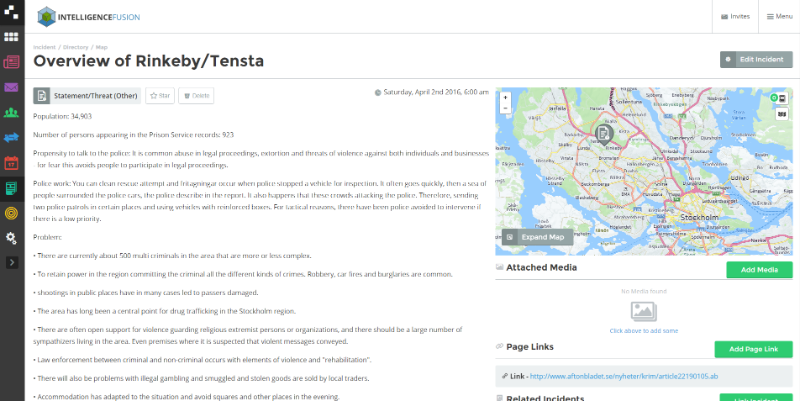 The problems of this area are described as:

Regular traffic stops lead to people surrounding and attacking police cars. As a result police have to operate in joint patrols with reinforcements strategically placed for support.For tactical reasons police wonât respond if it is a low priority crime.In an area with a population of 34,903, there are approximately 500 regular offenders.Robberies and car fires are common.Shootings in public places have led to passers-by being injured.The area is a central point for drug trafficking in Stockholm.Criminals will dispense their own justice in the area.There is a market of stolen goods in the area.Jewish people are advised to avoid the area.âChristian women are advised to avoid central area to avoid being harassed by Muslim menâ.

There is open support for violent extremists and radical organisations with a large number of sympathisers living in the area. Source
The following video is of the Australian TV programme 60 Minutes entering the Rinkeby area. Of note is not only the violence, but the policeâs fear of causing provocation.
So is it a no go zone? To say no would be quibbling over semantics. It is an area where the rule of law is not being enforced effectively, criminality and radicalism are rampant, police have had to amend their tactics meaning they have ceded power to criminal elements. Police advise Jewish people to avoid the area, therefore it is essentially barred to certain individuals or groups. Ask yourself, would you like to wander around this area on your own at night? If the answer is no, then I would argue this is a no go zone.
Is it just Sweden who has an issue with no go zones?
FRANCE
A law passed November 14, 1996 created sensitive urban zones (ZUS) and urban tax-free zones (ZFU). ZUSs are neighbourhoods which are disproportionately poor, lacking in formal education, reliant on social housing and have high levels of unemployment. That is a key aspect that I will come to in my conclusion. The law of November 14, 1996 (which implements a renewed urban policy) distinguishes three levels of intervention:
Sensitive urban zones (Zones urbaines sensibles, ZUS)Urban renewal zones (Zones de redynamisation urbaine, ZRU)Urban tax-free zones (Zones franches urbaines, ZFU)
The three levels of intervention (ZUS, ZRU and ZFU), characterized by fiscal and social measures of increasing importance, target the difficulties encountered in these districts with differing degrees of response.
A 2010 study found that:
African immigrants are the only residents whose number rose in the sensitive neighbourhoods from 1990 to 1999. They are nearly three times as numerous proportionately in ZUSs than in metropolitan France as a whole (21% compared with 7%).

Over 30% of the North African population is to be found in sensitive neighbourhoods, although the ZUSs contain less than 8% of the total French population.French nationals were 6.6% of ZUS residents in 1990 and 5.9% nine years later, suggesting âwhite flightâ leading to further segregation and division in society.

Marseille
Historically heroin was trafficked through the city to the rest of the world because of its ideal geographical location. Heroin is generally trafficked from Afghanistan to Turkey by land and then by boat to Marseille. In addition, cocaine from South America and cannabis from Africa will also be trafficked through Marseilleâs port.There is a phrase in Marseille, âLiving the Kalashnikov dreamâ. This means anyone can rise from the bottom to the top if they use a Kalashnikov.There are numerous gangs attempting to get a share of the lucrative drug industry which leads to gang warfare. In estates with high criminality there are reports of 3-4 drug gangs in operation per estate.Weapons are readily available in the city.
Example ZRU: La Castellane Estate, Marseille

La Castellane is an estate in northern Marseille which resembles a fortress. The estate has a series of âchoufsâ (Arabic for lookouts) who monitor the external perimeter for police. When police conduct operations in this area they do not hang about, they strike and withdraw due to the hostility they face on the estate. Police are conducting at least two operations a day into estates like La Castellane and often recover weapons.