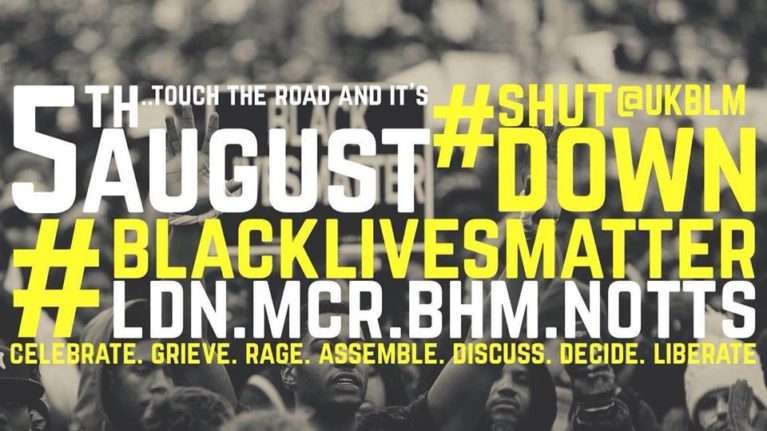 Black Lives Matter (BLM) UK intends to mark the 5th anniversary of the death of Mark Duggan with a national Day of Action. Mark Duggan, a black man killed by police in 2011, started the infamous London summer riots in August 2011. BLM UK has stated that they will hold actions in Nottingham, London, Manchester and Birmingham to âcelebrate, rage, assemble, discuss, decide and liberateâ. The demonstrations are scheduled to occur simultaneously with the specified locations identified as Altab Ali Park in London, Alexandra Park in Manchester, St. Peterâs Gate in Nottingham, and a to-be-announced location in Birmingham (TBC as of time of writing). See below: 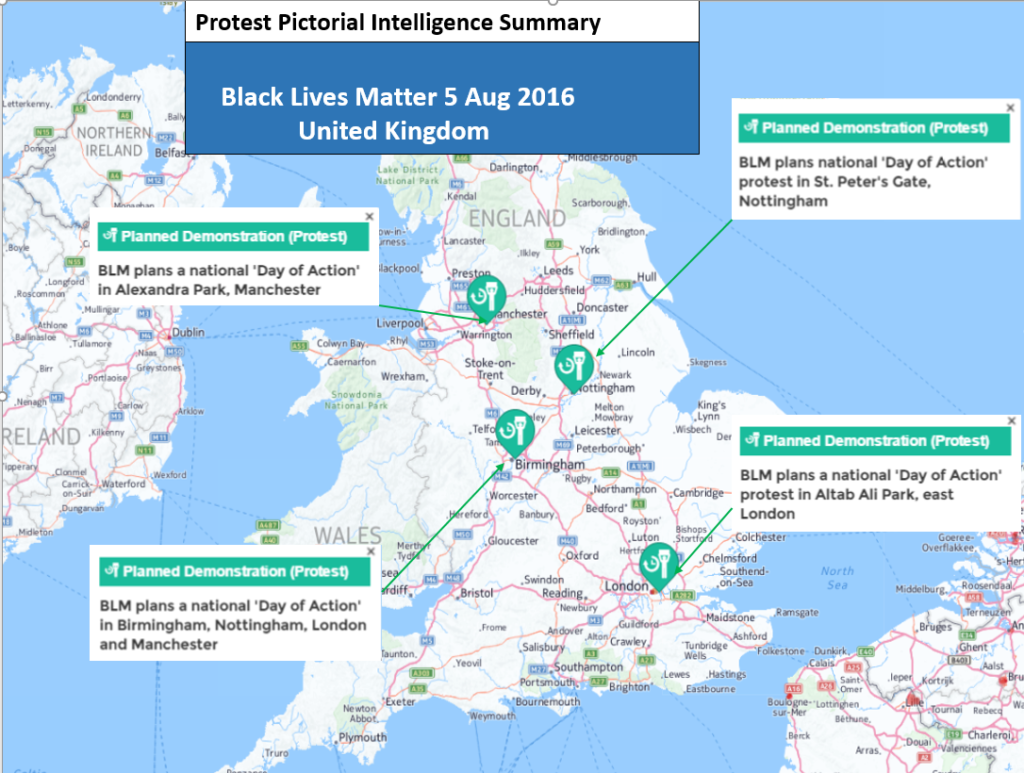 On the BLM Facebook page for the event organisers wrote: â5 years ago. 1 day after they killed Mark Duggan. 1 day before the riots. A moment for rage, reflection and rebuilding. A moment for coordinated nationwide action.ââ
âWe hold up the names of those lost to state violence here. Sarah Reed. Mzee Mohammed. Jermaine Baker. Mark Duggan and 1,562 others since 1990. Where is justice for Sean Rigg, Leon Patterson and Kingsley Burrell?â
With many prominent left wing supporters or sympathisers affiliated with BLM gathering in Nottingham over the period for the protest there is possible concern that an EDL march scheduled in central Nottingham the following day may lead to confrontation or trouble.
Black Lives Matter (BLM) is an activist movement, originating in the African-American community, that campaigns against violence toward black people. BLM regularly organises demonstrations around the deaths of black people in killings by law enforcement officers, and broader issues of racial profiling, police brutality, and perceived racial inequality in the United States criminal justice system. Following the shootings of two black men in the US, the mobilisation of Black Lives Matter in the UK context has been at its strongest after a series of well-coordinated protests earlier this summer. A recent riot in Hyde Park London on 19 July in which a policeman was stabbed was initially associated with the BLM movement as many involved began chanting âBlack Lives Matterâ although the BLM movement denied any association with this incident. This riot was described as the worst outbreak of youth violence since the 2011 riots. Previous BLM UK protests: 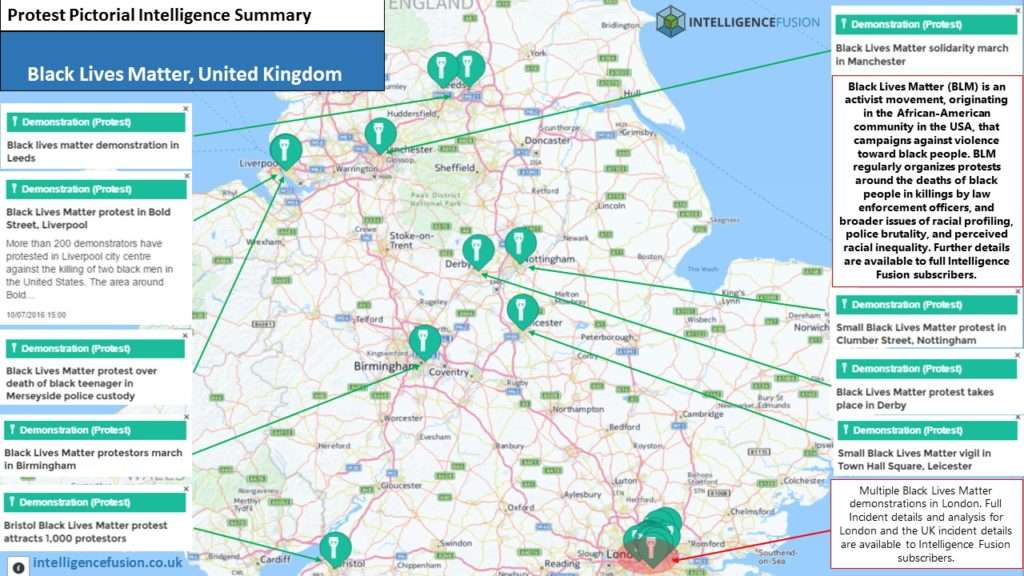 Until the Spring of 2016 there was no organised UK equivalent of BLM. However, the 2011 police shooting of Mark Duggan in London led to widespread riots that were racially tinged. The initial protests fed off existing tensions between the black community and police. Much of this tension was due to the alleged disproportionate police use of stop-and-search, the perceived large number of black deaths in police custody and the stated lack of any successful prosecutions of police even when juries returned verdicts of unlawful killing. The riots that followed involved both white and black rioters (as well as some South Asians) and was successfully used by extremist groups of both sides to incite further racial tensions during the period. In May 2016 BLM founder Alicia Garza visited the UK and spoke to various groups since establishing BLM chapters in the UK. As of July 2016 there are chapters or groups in Nottingham, London, Birmingham, Bristol, Leicester, Liverpool, Manchester and Derby. Further information can be accessed by Intelligence Fusion subscribers who have access to the âSocietyâ webpage containing further more detailed information about the group and its history and objectives.
Back to Reports & Resources