On Friday 6th April, a Resolute Support airstrike targeted and killed Qari Hekmat, the commander of Islamic State – Khorosan Province (IS-KP.) The strike targeted Hekmat whilst he was in the Mughul village in the Darzab district of Jowzjan Province (pictured below.) Reports of the death of local level IS-KP commanders proliferate Afghan and foreign media, however the death of Hekmat stands out from the majority due to the seniority of Hekmat and his past as a commander. With the full repercussions of Hekmat’s death yet to be revealed, this assessment aims to highlight potential consequences of the strike both at an Afghan level and a regional level. 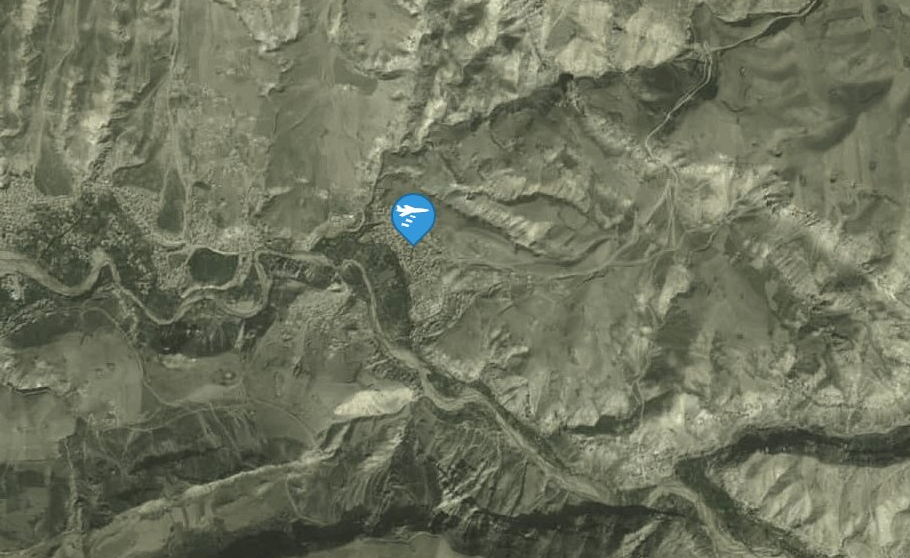 Hekmat’s Background as an IS-KP Commander

Hekmat was originally a Taliban commander in the area and was serving as a shadow district governor for the Darzab district. After a series of disagreements over taxation and land control Hekmat defected to IS-KP in 2015, bringing his fighters with him. Disputes over taxation amongst Taliban commanders in the north had existed long before Hekmat’s defection to IS-KP, however the emergence of the Islamic State within the region gave Hekmat, and other disgruntled militant commanders across the country an umbrella organisation from which they could claim to be part of, lending them an air of legitimacy.

The Taliban attack did gain some initial traction, forcing IS fighters out of villages in the area but Taliban fighters were soon forced to retreat back to the Taliban controlled Astana area of the Dowlatabad district. Realising that Hekmat was now well and truly entrenched, the Taliban attempted to negotiate with Hekmat and convince him to return to the group, with no avail. The Taliban, who had recently been able to gain some support from local Uzbek community correctly feared that Hekmat’s defection (also an Uzbek) would draw Uzbek support away from the Taliban.

Since the Taliban attacks on Hekmat’s IS-KP positions, the group has focused on becoming self sufficient. It seems logical to assume that the majority of their funding comes from their extensive involvement in the drugs trade. A report by the Afghan Analysts Network revealed that 98% of the opium being produced in Jawzjan Province was coming from the 2 IS-KP controlled districts[1], suggesting a major increase in poppy cultivation as a financial resource.

It is difficult to tell what the potential ramifications of Hekmat’s death may be, and therefore no specific judgements can be made. However, Hekmat’s personality and personal credentials as a commander appear to have accounted for a lot of his success as a commander in the area, leaving his successor in a difficult position. Hekmat’s replacement was immediately announced in the form of Malawi Habib-ul-Rahman, but how well Habib-ul-Rahman can maintain IS in the north is yet to be seen. Whilst Hekmat was able to establish himself into a position of strength, the IS enclave was also incredibly isolated. How much support Habib-ul-Rahman can expect from IS-KP in the east of the country in his early days as the new commander is likely to be fairly limited, mostly due to the Taliban’s encirclement of the area.

It is unlikely that IS-KP will simply let the enclave in the north collapse; however how much they can actually do to prevent this is hard to gauge. Hekmat’s relationship with the Islamic State in Iraq and Syria, or ‘Central ISIS’ is also unclear, but it is not know if Hekmat ever actually swore allegiance to Central ISIS. Therefore, it is unlikely that Habib-ul-Rahman can expect extensive support from Central ISIS either.

IS-KP’s position in the north may still be strengthened by the arrival of foreign fighters from Uzbekistan and Tajikistan, which have made up some of the northern enclaves strength. Foreign fighters from elsewhere in the world such as Europe and the Middle East make up a small proportion of fighters in the area and for the time being, this will likely remain the case.Recent reports of 8000 militants from Iraq and Syria moving to fight in Afghanistan have featured heavily in commentary regarding Afghanistan, and these stories stemmed from Russian governmental claims. The figures quoted in this reports are highly disproportionate and are often influenced by broader political concerns. Russia has with some merit long feared the presence of the Islamic State on the borders of Central Asia, and has used this fear to justify increased interaction in the area. This article is written under the assumption that these claims are based on faulty information.

Hekmat did not appear to have the international ambitions that Russian media portrayed him to have, and instead was likely more concerned with local level issues. This is reflected by the way in which his defection was based on factors local to the area, rather than broader ideological beliefs and his lack of public allegiance to Central ISIS. It is not clear if Habib-ul-Rahman will continue this relatively localised approach or if Habib will pursue a broader strategy involving expanding into Central Asia.

The death of Qari Hekmat is a major blow to IS-KP in Afghanistan, especially to the isolated enclave in the northern Jawzjan Province. However, IS-KP still has the potential to survive as a strong force in the area, the group is well funded by the drugs trade and its fighters have proven themselves to be resilient in the face of Taliban attacks. Security forces presence in the area has typically been low, allowing Hekmat’s fighters to prosper to some extent, but the strike was not an isolated strike, and it came as part of a general offensive in the area aimed at eradicating IS-KP in Jawzjan. With these pressures in mind, IS-KP in the north faces a tough period, in which it can rely on little support from external IS-KP or even Central ISIS support.