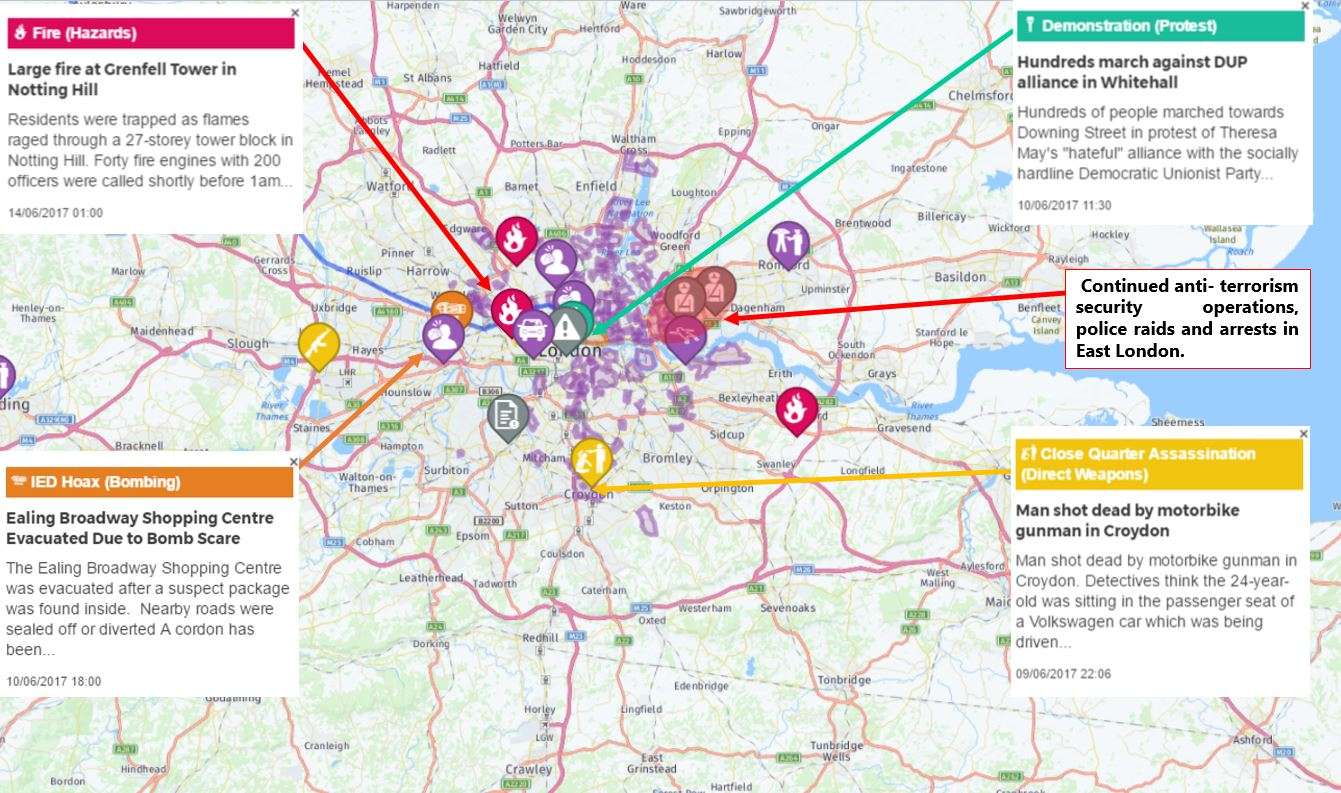 London, United Kingdom: Click on above image to expand.
London, United Kingdom
Police arrest operations carried on in the wake of the London Bridge attack with continued raids in east London. Dominating news this reporting period was a tower block fire at Grenfell Tower in Notting Hill in which potentially dozens of people were killed when an allegedly faulty refrigerator set fire which quickly spread throughout the building on 14 June. A protest against a proposed DUP alliance with the Conservative party was held in Whitehall on 10 June and on the same day Ealing Broadway Shopping Centre was evacuated over a suspect package. On 9 June a man was shot dead by a motorbike gunman in Croydon. 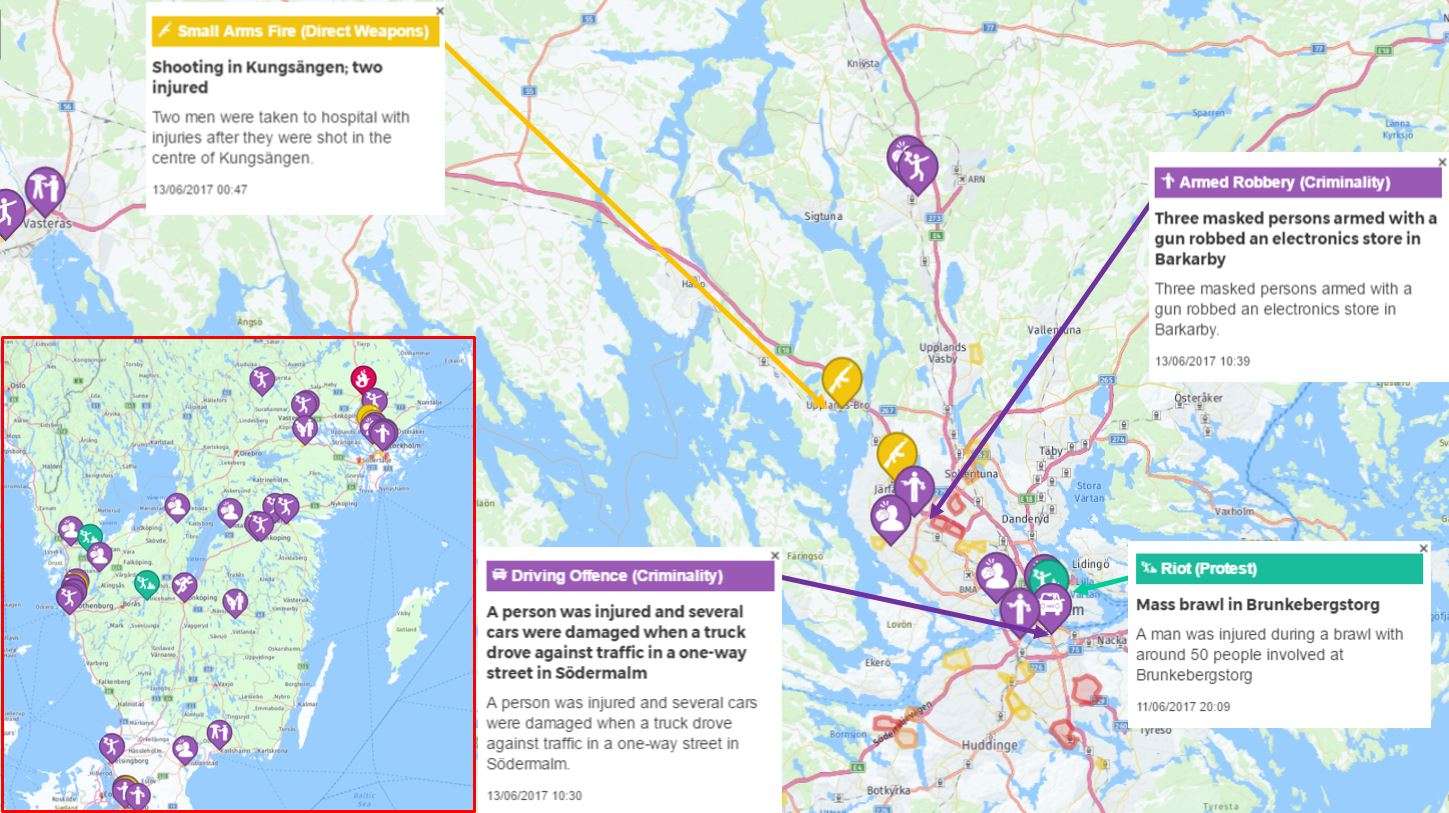 Stockholm, Sweden: Click on above image to expand.
Stockholm, Sweden
A series of shooting incidents and armed robberies were reported in Stockholm including a shooting in Kungsangen on 13 June and an armed robbery of an electronics store in Barkarby on the same day. A mass brawl erupted into a riot in Brunkebergstorg on 11 June and at least one was injured when a truck drove against traffic into a one way street hitting several cars on 13 June in Sodermalm. Over 50 significant incidents were reported in Sweden during this reporting period. Full details of all incidents are available to subscribers. 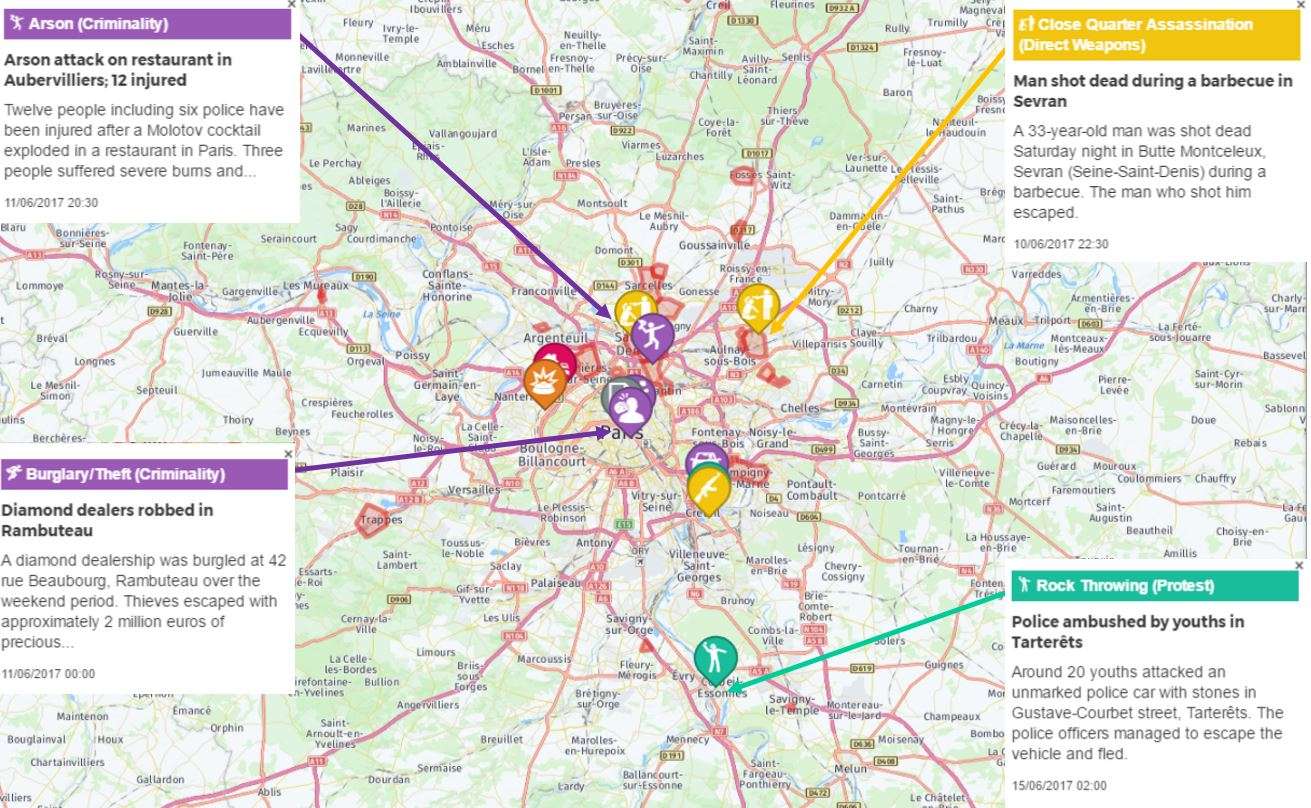 Paris, France: Click on above image to expand.
Paris, France
At least 12 people, including six policemen, were injured in an arson attack on a restaurant in Aubervilliers on 11 June. A prominent diamond dealership was robbed in Rambuteau on 11 June and a man was shot dead during a BBQ on 10 June. A police car was ambushed by 20 youths throwing rocks on 15 June in Essonnes. The police officers managed to escape. 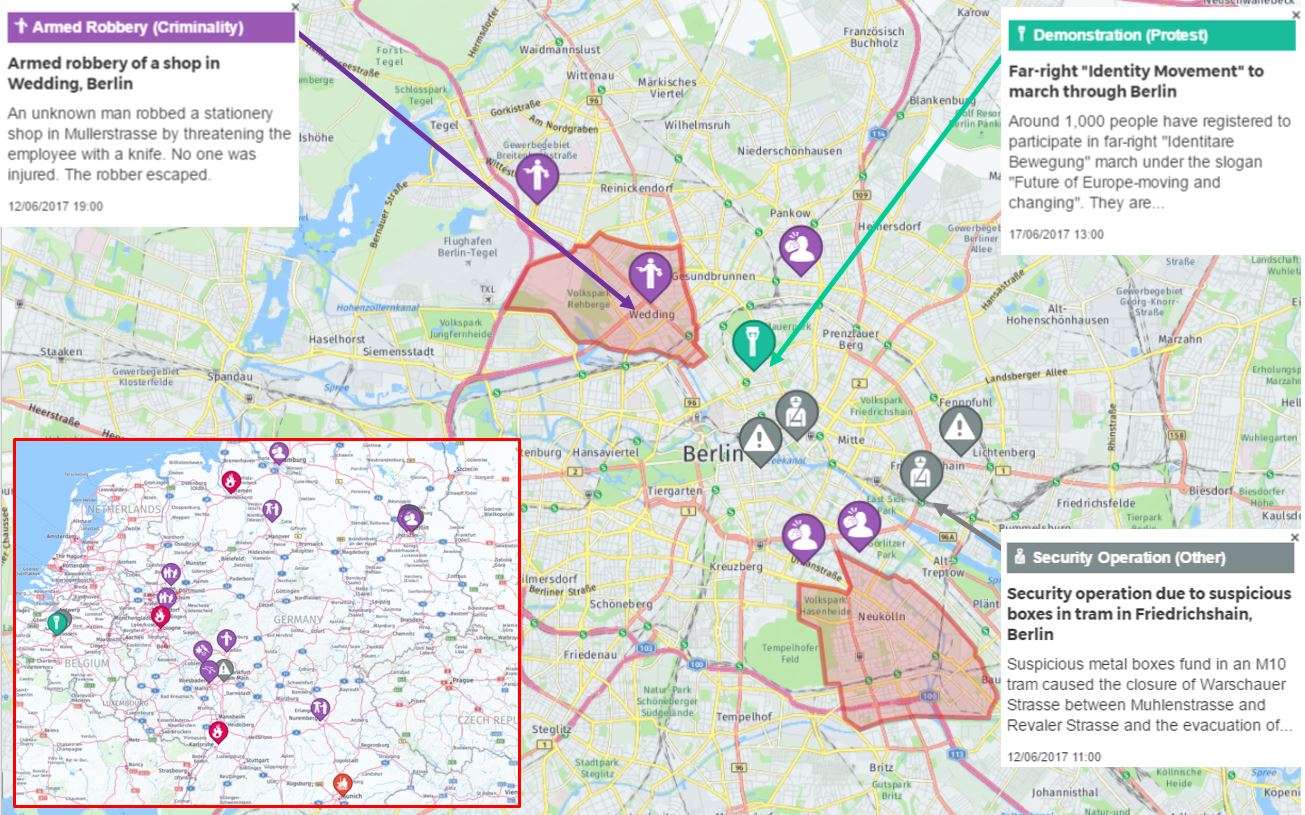 Berlin, Germany: Click on above image to expand.
Berlin, Germany
The Identitarian Movement planned a march through Berlin on 17 June. A security operation was launched by police on 12 June to search suspicious boxes in a tram in Friedrichshain which led to traffic closures. A series of armed robberies and assaults occurred across Berlin including the robbery of a business in Wedding on 12 June. Full details on all incidents are available to subscribers. 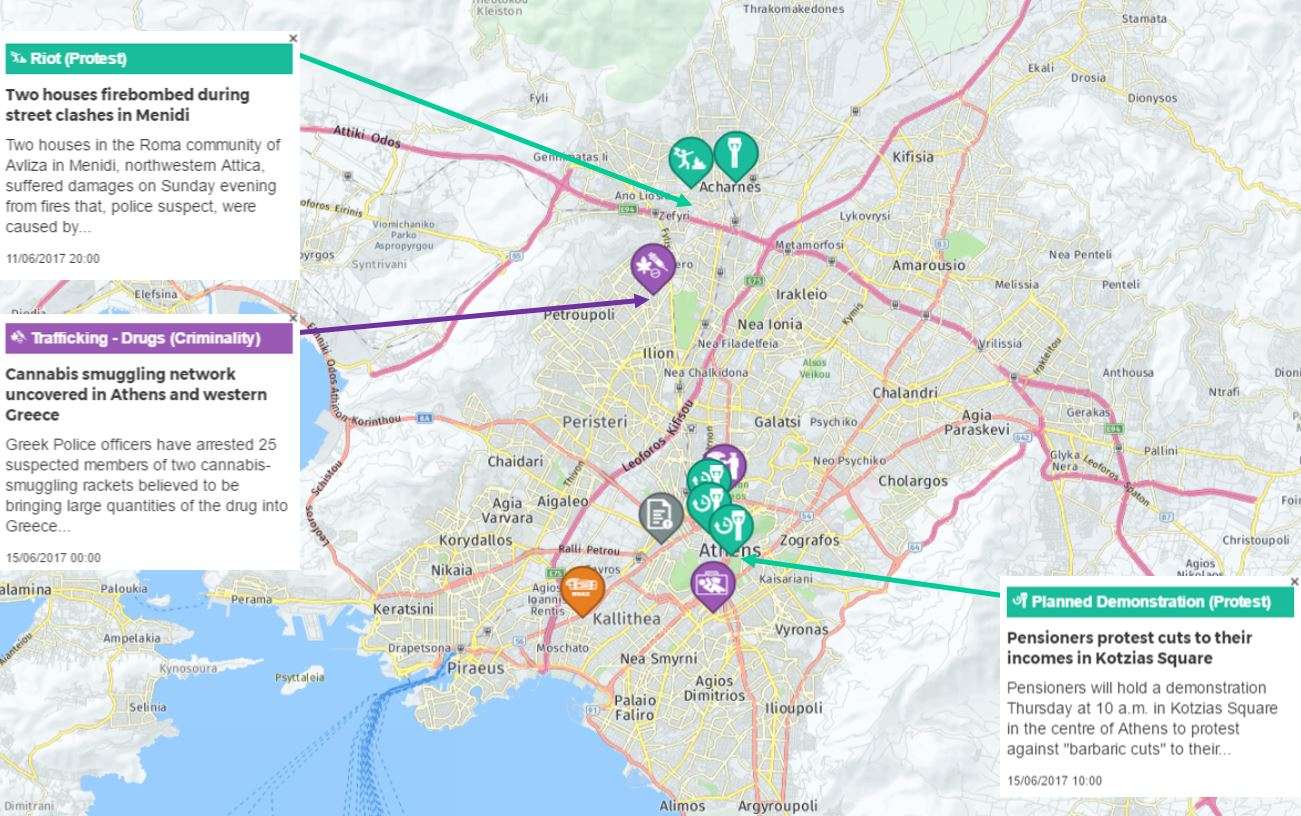 Athens, Greece: Click on above image to expand.
Athens, Greece
Two houses were firebombed in Menidi on 11 June as well as a series of protests that occurred during the week over the issue. An Albanian linked Cannabis smuggling network was uncovered in Athens and western Greece and reported on 15 June. A series of demonstrations and strikes occurred in central Athens including a protest held by pensioners on 15 June.
Back to Reports & Resources