Period: Monday October 16th, 2017 – Monday October 30th, 2017
This report will present and examine the significance of major security incidents that occurred in Turkey from Monday October 16th, 2017 to Monday October 30th, 2017. The incidents are arranged in the following categories: Terrorism (IS, PKK, FETÃ), Narcotics and Military.
TERRORISM
Islamic State
Large scale counter terrorism operations in Erzurum, Bursa, Izmir, ÃankÄ±rÄ±, Hatay, Istanbul and Ankara resulted in a high number of IS suspects arrested. Most of them were of Iraqi and Syrian nationality and they were preparing to travel to Syria and Iraq and join the armed conflict there. COMMENT: It is not known if they were expatriates living in Turkey, or had perhaps received training in Turkey and were not returning to their home countries. COMMENT ENDS A number of them were detained for further questioning and the rest of the detainees were deported. In BayrampaÅa/Istanbul 4 IS members were detained over a foiled car-bomb attack. In Ankara, the facilities of an educational institute run by the Tevhid magazine were raided and six people were arrested accused of promoting radical Islamic preaching and IS ideology to children.
Islamic State Incidents

(Click on above image to expand)
Significant Incident
28/10/2017. 16:30.
4 IS members arrested over foiled car-bomb attack in BayrampaÅa/Istanbul
4 IS members were arrested at a shopping mall in BayrampaÅa/Istanbul shortly before carrying out a car-bomb attack. One of them was shot while trying to escape the scene outside the shopping mall. A car loaded with explosives and a bomb-laden motorcycle were found in the shopping mall’s parking lot. “Home-made explosives that have remote control set ups, suicide vests, two firearms and many bullets were confiscated from the motorcycle and the car,” police said. The police located the terrorists after investigating explosions in two apartments located in Esenyurt and ArnavutkÃ¶y districts. 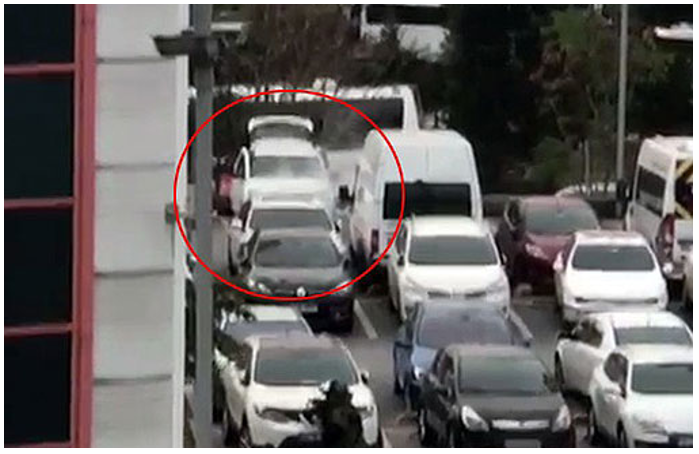 Bomb disposal expert conduct controlled explosions at the suspicious vehicles. Source:Yeni Åafak
Related incident
27/10/2017. Two explosions in ArnavuktÃ¶y and Esenyurt districts of Istanbul
19:30 hrs: Explosion on the top floor of a 4-storey building in ArnavutkÃ¶y/Istanbul. 30 minutes later an explosion occurred at the entry level of a 4-storey building in Esenyurt/Istanbul. 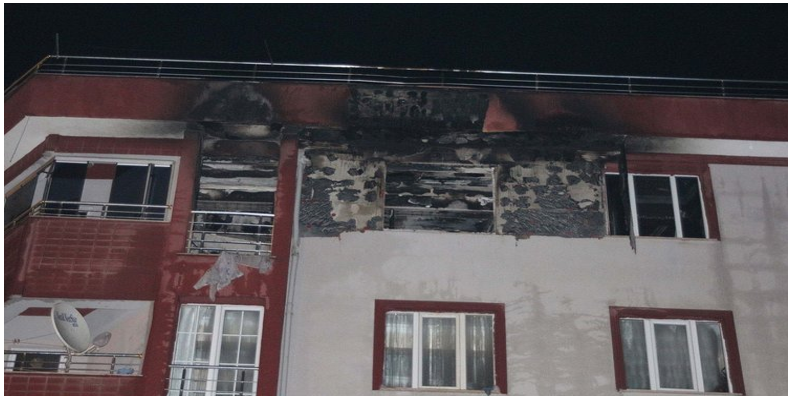 The destroyed apartment in ArnavutkÃ¶y. Source:Yeni Åafak
COMMENT – The explosions at two different districts of Istanbul were most likely intended to act as a diversion for the authorities but it might have been a test for the explosivesâ assembly to be used in the attack in BayrampaÅa. The materials found after the explosions at the apartments in ArnavuktÃ¶y and Esenyurt, such as chemicals, metal marbles, nails, screws, a remote control, electronic circuits, cables and batteries led the security authorities to the IS members in BayrampaÅa preparing to carry out an attack at a shopping mall in the area. That was achieved by tracking the position of the registered vehicles belonging to the individuals linked to the two apartments. But it is often the case that IS suspects are using false IDs during their interaction with the Turkish State meaning that the security authorities in Istanbul, as in other large urban centers in Turkey, do not only face the challenge of detecting and dismantling active IS cells but also of intercepting the networks providing them the much needed anonymity to sustain their activities such as, recruiting, training, and transferring IS members within and outside the Turkish territory. On 19/10/2017 two people were arrested during an operation in Fatih/Istanbul for forgery. Numerous fake passports, identities and driver’s licenses were seized. Such forged identity documents are interchangeably used by IS members to confuse the authorities and help them either safely remain in Turkey, enter the European borders or join the battlefields in Iraq and Syria. The identity verification of IS members becomes even more difficult if they come from countries Turkey has limited intelligence sharing agreements with, so they can easily claim an unverifiable identity either during their entry at the border or when questioned by the authorities in Turkey. Earlier in October, an Iraqi senior IS official was arrested in Ankara having 40 false identifications at his house, a fact showing the importance of forgery networks for IS activities in Turkey – COMMENT ENDS
PKK/KCK
The Turkish security authorities arrested a large number of PKK-linked individuals accused of either directly operating for PKK or assisting and promoting its ideology via their social media accounts. PKKsâ Patriotic Revolutionary Youth Movement -YDG-H- was targeted in Ardahan and Istanbul with several of its members detained. At the south-eastern PKK front, the Turkish Armed Forces carried out several ground and air operations against PKK insurgents neutralizing many of them. Turkish military on foot and vehicle patrols were hit by road-side placed IEDs or were ambushed by PKK insurgents suffering casualties and injuries. A high number of PKK explosives and IEDs were found in PKK caves and underground hideouts.
PKK Incidents Country View 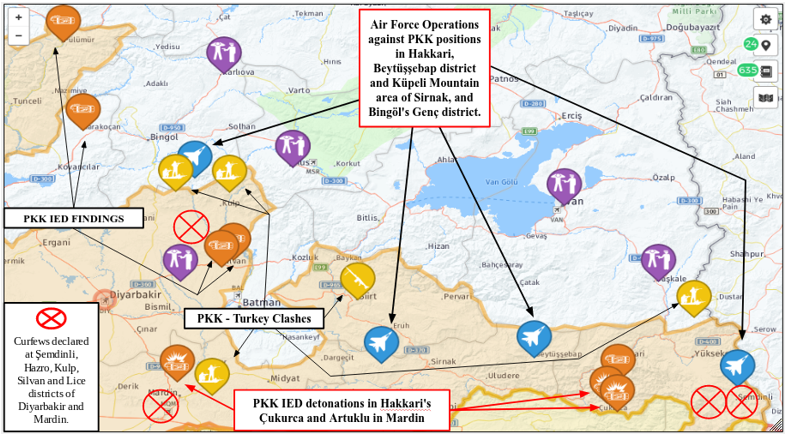 Significant Incident
17/10/2017. 17:20 Bomb attack on vehicle carrying police officers in YeniÅehir/Mersin
The explosives, possibly placed on a motorcycle parked at the side of the road, were detonated by remote control during the passage of the police service vehicle. The blast injured 18 people. 17 of them were police officers. Security sources said that Kurdish militants are behind the attack. 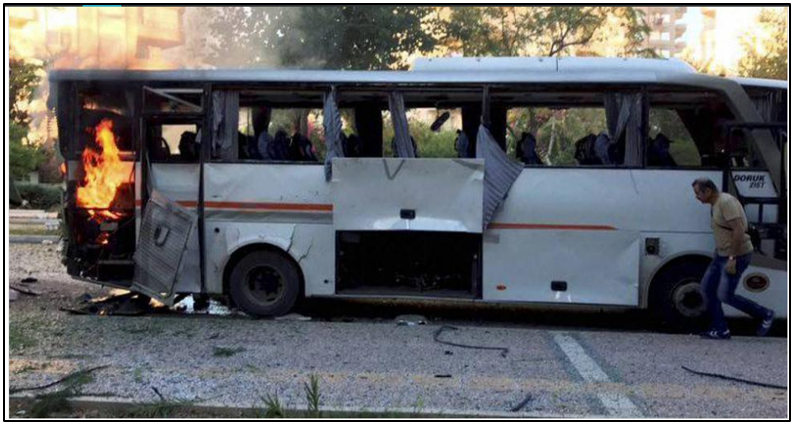 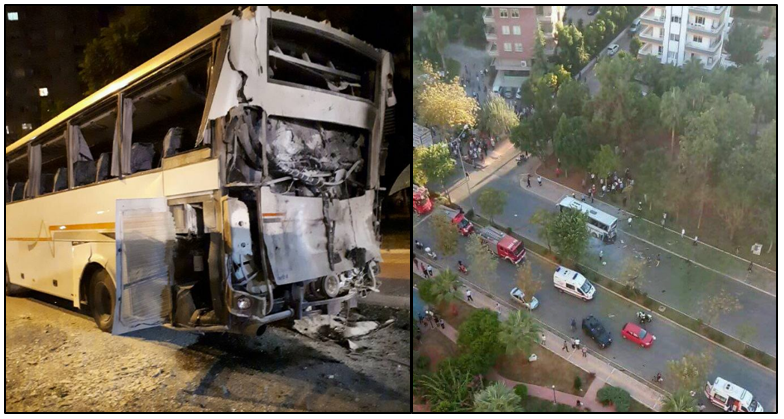 Turkish security authorities continue the investigations on individuals connected to the GÃ¼len movement and carry out a high number of operations against civilians, active and retired military and police personnel. The majority of the arrested individuals are accused of using the encrypted communication app ByLock.
COMMENT – Most of the operations are conducted simultaneously in multiple districts, if the operation takes place in a populous city, or even in multiple cities across Turkey. That happens because Turkish authorities proceed to the arrests following the revealed connections between FETÃ suspects after decrypting and examining their communications held with the messaging app ByLock. That process is enabled by people who confess to the authorities complete FETÃ structures, as it happened in Konya where an individual revealed the names of 700 active members of the Turkish Armed Forces – COMMENT ENDS

NARCOTICS
Summary
Turkish counter narcotics police forces carried out operations against drug dealers throughout Turkey and intercepted heavy loads of heroin at the southeastern Van and Bitlis provinces. In Istanbul, special police forces raided multiple addresses in many districts resulting to a high number of arrests. At the Turkish-Bulgarian border, 408 kilograms of acetic anhydride were seized at the KapÄ±kule border crossing in Edirne.
Narcotics Incidents 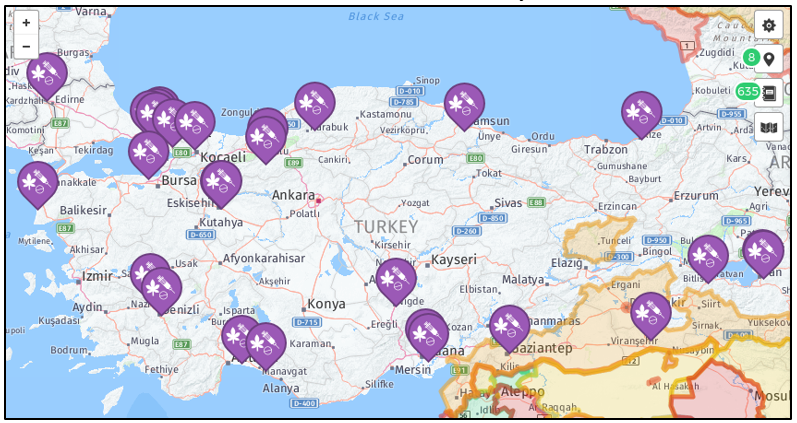 (Click on above image to expand)
Large quantities of heroin were seized in Van, Bitlis and Mardin. The central city of Van is continuously recorded in the Intelligence Fusionâs Database as a location of high drug trafficking activity, especially heroin. The Van and Hakkari Provinces border Iran to the east. Van, compared to the southern province of Hakkari, is an area of low Turkish military operations against Kurdish insurgents, providing a safer passage for incoming heroin loads from Iran into Turkey.
Heroin Incidents

MILITARY
Idlib Operation
Turkish Armed Forces continued their deployment into Idlib/Syria. Convoys of armored vehicles, artillery, radars and special forces soldiers entered the northern Syrian province and deployed to strategic positions overlooking the Kurdish-held Syrian city of Afrin. As it was officially announced Turkish forces will establish 8 military posts including taking control of two air bases. Two of the military posts have officially announced as âestablishedâ. Meanwhile, additional Turkish armored vehicles are deployed in Reyhanli, close to the Syrian border. On October 24, Turkish President Erdogan stated that the âIdlib Operation is nearly completed and the Afrin issue is ahead of usâ. UN convoys of humanitarian help and trucks from Turkey with food assistance passed into Idlib via the Bab al-Hawa border gate, as Turkey has fully re opened the border crossing.
Idlib Operation Timeline 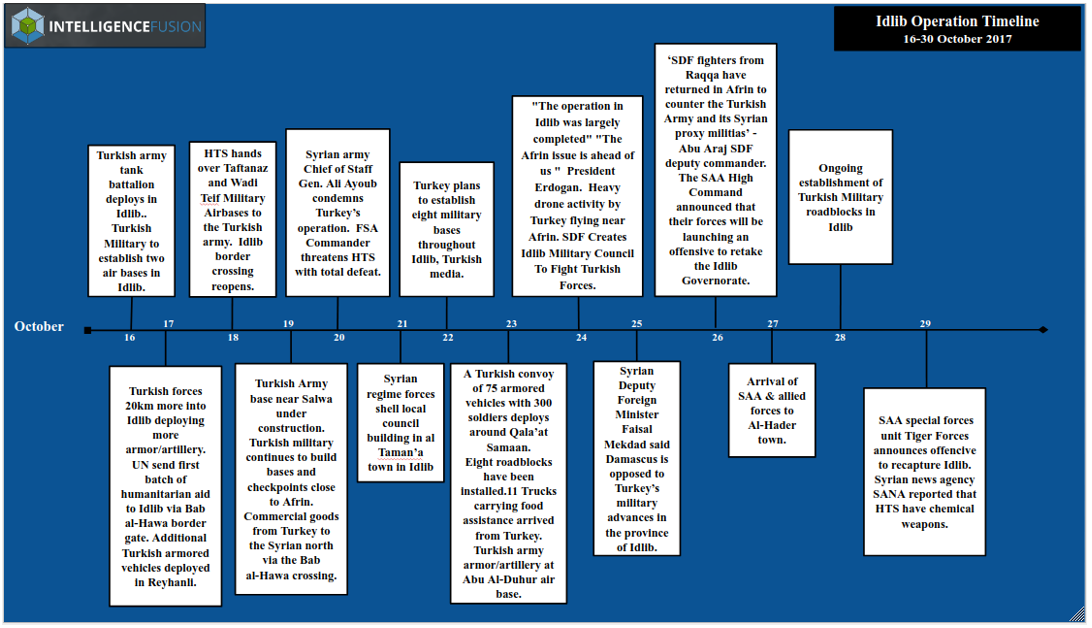 (Click on above image to expand)
COMMENT – Until now, Turkeyâs military deployment in Idlib have caused no hostilities. Although, the announcements of the Syrian Defence Forces, the Syrian Arab Army, and the Free Syrian Army indicate that none of the aforementioned actors in the Syrian Civil War is willing to tolerate the current or any further Turkish occupation of Syrian territories. As we have previously reported, one of Turkeyâs main objectives in Idlib is to disrupt the expansion of the Kurdish-led Syrian Defence Forces to the north east of Syria and prevent the formation of a Kurdish united front stretching throughout Turkeyâs South eastern borders with Iraq and Syria. Having that in mind and based on Presidentâs Erdogan statement that âthe Afrin issue is ahead of usâ it is highly likely that Turkeyâs territorial aspirations in Idlib and a probable operation to capture the Kurdish-controlled city of Afrin will cause further unrest in Northern Syria and force Turkey to be involved in long term hostilities with powerful regional actors – COMMENT ENDS
References
Department of Foreign Affairs and Trade, Australia,Canberra. 2017. Turkey. http://smartraveller.gov.au/countries/europe/southern/pages/turkey.aspx
Foreign and Commonwealth Office 2017, UK. Turkey. https://www.gov.uk/foreign-travel-advice/turkey McCabe, M. & Harrington, D. 2017. Intelligence Fusion Platform [Online]. London: Ambix. Available: https://www.intelligencefusion.co.uk Ministry of Interior. Republic of Turkey. October 2017, https://www.icisleri.gov.tr/02102017-09102017-tarihleri-arasinda-yurutulen-operasyonlar Panagiotis Vasilias, September 10, 2017, Islamic State Threat to Turkey, Intelligence Fusion,https://www.intelligencefusion.co.uk/single-post/2017/09/10/Islamic-State-Threat-to-Turkey Panagiotis Vasilias. October 2017. Intelligence fusion. Turkey Intelligence Report 4-18 September 2017. https://www.intelligencefusion.co.uk/single-post/2017/09/22/Turkey-Intelligence-Report Turkish armed forces, October 2017, http://www.tsk.tr/YurticiOlaylar
Report written by Panagiotis Vasilias
Back to Reports & Resources