Topics Areas â Political | Military | Social
EXECUTIVE SUMMARY
The upcoming verdict on Friday 25 August 2017 will PROBABLY attract a large crowd outside the Supreme Court of Thailand. A guilty verdict will POSSIBLY result in unrest occurring as Yingluck supporters will PROBABLY see the verdict as continuing efforts by the military to degrade the influence of the Shinawatras and political parties that support their interests. However, it is POSSIBLE that unrest may occur even before the verdict is handed down due to Red Shirts members POSSIBLY willing to disobey current laws on political gatherings and carry out large demonstrations, prompting the police to respond and crack down on the activity.
INTRODUCTION
On 25 August 2017, the Supreme Court of Thailand will hand down its verdict against former Prime Minister Yingluck Shinawatra over charges relating to the rice pledging scheme she and her government implemented prior to being ousted in 2014. If found guilty, she could face up to 10 years in prison and be banned from running for Prime Minister ever again. The upcoming verdict is expected to draw a large crowd to show the former Prime Minister moral support. The expected crowd will see a joint police force of around 2,550 officers will be stationed at the court’s Criminal Division for Holders of Political Positions (McCabe and Harrington, 2017). 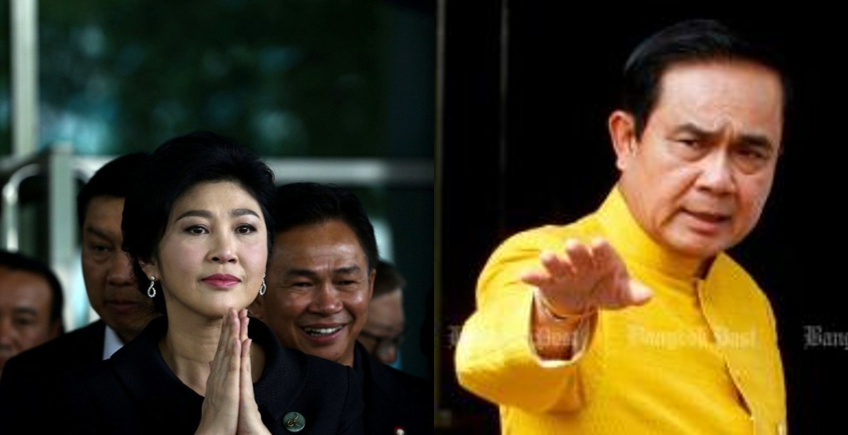 Figure 1. Former PM Yingluck Shinawatra and current PM General Prayuth Chan-o-cha (Source: The South China Morning Post & The Bangkok Post)
Yingluck Shinawatra (pictured above) was ousted by a military coup in 2014. The snap election she called after dissolving parliament saw electoral violence by the opposing Peopleâs Democratic Reform Committee (PDRC) that was worse than what happened during the 2006 and 2011 elections. Furthermore, it saw a change in how the violence manifested. Previously, political violence in Thailand had consisted of targeted killings of among rival candidates. During the 2014 election, it transformed into mob violence aimed at disrupting the processes of the election and the institutions overseeing them (Kongkirati, 2014).
The impact of the PDRCâs violence and continued activities by the PDRC demanding the military step in not just resulted in the election being deemed invalid, but saw the ousting of Yingluck and creation of the National Council for Peace and Order (NCPO) led by former Army chief and now Prime Minister General Prayuth Chan-o-cha (pictured above). Since ousting Yingluck and her Pheu Thai Party government, the NCPO has made political gatherings of more than five people illegal in Thailand in order to prevent the sort of violence which saw them take charge in 2014 (McCabe and Harrington, 2017, Kongkirati, 2014).
This snapshot aims to assess the likelihood and severity of violence erupting in Bangkok when the verdict against Yingluck Shinawatra is handed down. It will outline the significance and influence of Yingluck Shinawatra, the capability of the Pheu Thai Party and what it could mean for the countryâs return to democracy.
YINGLUCK SHINAWATRA
Yingluck Shinawatra was Thailandâs first female Prime Minister and is the younger sister of former Prime Minister Thaksin Shinawatra. Thaksin was ousted as Prime Minister in 2006 by a military coup and has since fled the country, living in exile. During both their times as Prime Minister, they introduced ârice-pledging schemesâ that were extremely popular with rural voters. In Yingluckâs case, she oversaw a scheme that bought rice from farmers at 50% above market prices. The measure helped sweep Yingluck to power in 2011. However, the scheme distorted global rice prices and helped fuel the PDRC protests that led to her removal from power in 2014 (Lefevre and Wongcha-um, 2017).
The Shinawatra family has become a major influence in Thai politics. In addition to Thaksin and Yingluck being Prime Ministers, the Shinawatra family has also been able to ensure its influence indirectly through family connections. In particular, former Prime Minister Somchai Wongsawat is Thaksinâs brother-in-law (Associated Free Press, 2017).
While policies like the rice pledging schemes had a negative impact on the economy, people living in the North-East are very supportive of the Shinawatras and the political parties they are involved in. They have been able to establish power bases in rural areas which guarantee support from voters and their policies have often ensured that farmers gain a reliable income. Such policies and appeal have been at odds with Thailandâs military, the populist appeal of the Shinawatra family has often led to electoral violence that required the military to respond; and when it did, they were prevented from the heavy-handed approach they thought necessary (Lefevre and Wongcha-um, 2017).
COMMENT. Weekly Intelligence Reports and Post-Incident reports in these areas have shown that farmers in the North and North-East reporting regions have been continuously subject to floods that occur during the monsoon season. The effect it has on their crops, particularly rice, is a constant threat to their income. Rice pledging schemes that guarantee an income for them would therefore generate a lot of support from voters in these areas (PRATTEN 2017g, PRATTEN 2017e, PRATTEN 2017f, PRATTEN 2017a).
Consequently, the Shinawatra family has gained a large number of supporters from the rural areas of Thailand. These people have come to view the current legal case against Yingluck Shinawatra as a tactic of removing the influence of the Shinawatras from Thai politics.
THE CAPABILITY OF THE PHEU THAI PARTY
While the Pheu Thai Party is predominantly the political party for the Shinawatra family and enjoys a huge level of support from rural voters, the Pheu Thai Party is bolstered by an activist group which has been able to carry out mob violence, disruptions and even bombings. This creates an ability for the Pheu Thai Party to carry out acts of political violence from its activists if political processes do not work in their favour.
This activist group is the United Front for Democracy Against Dictatorship â UDD â which has come to be known as the âRed Shirts.â Members of the Red Shirts were able to shut down the 2009 ASEAN summit in Pattaya City, Bang Lamung district, Chonburi. Beginning with a demonstration outside the venue, enough members attended to storm the meeting. Despite all leaders being imprisoned for this activity, the group has been able to continue as an organisation, even with continued imprisonment of leaders that replace imprisoned ones â the latest being Jatuporn Phromphan (McCabe and Harrington, 2017).
In addition, its members have shown a willingness to carry out activities on their own. From 01 May â 21 July 2017, a number of bombings occurred in Bangkok that showed a greater level of sophistication than attacks in the south. The majority of these bombings were carried out by one person who was arrested on 20 June 2017; Wattana Pummares (pictured below). Pummares was a retired electrical engineer and Red Shirts member who carried out the bombings out of his dislike of the Thai Military. He targeted the National Theatre, the Old Government Lottery Office and also the Phramngkutklao Military Hospital (McCabe and Harrington, 2017, PRATTEN 2017c).

Figure 2. Bombings across Bangkok 01 April – 30 June 2017 and Wattana Pummares. (Click on above image to expand)
COMMENT. The bombings by this Red Shirts member appeared to be carried out alone. However, there appeared to be a lack of condemnation from the leadership of the UDD. COMMENT ENDS.
With regards to Yingluck Shinawatraâs trial, both members of the UDD and the Pheu Thai Party have been very willing to show their public support for Yingluck by gathering outside the Supreme Court. On 01 August 2017, when Yingluck delivered her closing statement, 1,000 supporters turned up outside. This public support has been of great concern to the government as their current policies ban all political gatherings of five or more people.
Statements by UDD and Pheu Thai members have indicated that since the public show of support, the government has been trying to discourage them from turning up to the courthouse when the verdict is handed down on 25 August 2017. Among the statements has been encouragement for Red Shirt members to show support for Yingluck outside the Supreme Court as well as veiled warnings of unrest if efforts by Red Shirts members are hindered by authorities (Sattaburuth and Nanuam, 2017, The Bangkok Post, 2017, The Sunday Nation, 2017).
COMMENT. Demonstrations, political events, rallies, processions and large-scale public gatherings can easily turn violent in Thailand. These statements and the high chances of a large crowd of Pheu Thai and Red Shirts members gathering outside the court would have the chance of creating anti-government sentiment even before the verdict is handed down. If any unrest occurs at the Supreme Court, this would add to the issues being experienced from the floods in the north and the recent attempted vehicle bombings by insurgents in the south (PRATTEN 2017d, PRATTEN 2017b, PRATTEN 2017f) (Department of Foreign Affairs and Trade, 2017). COMMENT ENDS.
ASSESSMENT