EXECUTIVE SUMMARY
Drug Trafficking in Thailand is POSSIBLY the most frequent crime in in the country. Drug trafficking activities are PROBABLY at their highest in Chiang Rai, Nong Khai, Nakhon Phanom, Phra Nakhon Si Ayutthaya, Satun and Songkhla provinces as these PROBABLY serve as the major entry/exit points as well as the storage/distribution areas for drug traffickers. These areas of Thailand are PROBABLY the areas that pose the highest threats which can arise from drug trafficking and the drug use that spills over from it.
INTRODUCTION
An examination of incidents in Thailand over a three-month period has begun to provide indications on activities which affect stability and thus safety and security in Thailand. Table 1 below shows a three-month breakdown of incidents across Thailand which Intelligence Fusion tracks via its incident platform. The purpose of this report is to identify the most frequent type of incident occurring in Thailand, break it down into what is the highest contributor to this activity, how it occurs and what the outlook is for the future.

Table 1. Incidents Across Thailand (Intelligence Fusion, 2017) (Click on above image to expand).
As shown above, incidents involving criminal activity in the country have consistently made up just over half of the incidents recorded. These incidents of âCriminalityâ in Thailand are broken down into 14 sub-categories. They are arson, arrest, assault, burglary, corruption, driving offence, murder, sexual offences, drug trafficking, weapons trafficking, human trafficking, armed robbery, gang activity and kidnapping. Collected data on these sub-categories (shown in Figure 1 below) indicates the vast majority of âCriminalityâ incidents occurring in Thailand are incidents of Arrests â taking first place out of all incidents at 45% â and Drug Trafficking â a distant second place at 19%. 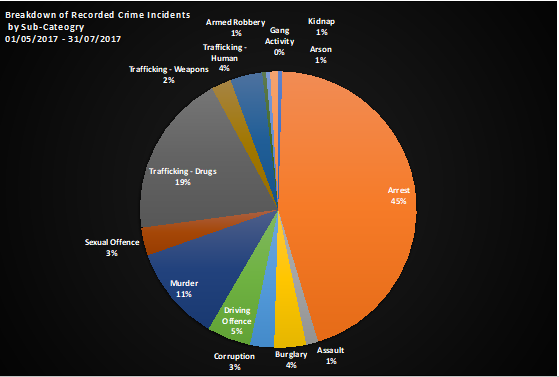 Figure 1. Criminality Incidents in Thailand by Sub-Category. (Click on above image to expand)
COMMENT. âArrestâ incidents relate to events of criminal activity that do not fit into any of the other sub-categories or are incidents where police have arrested suspects who carried out any of the other types of crime incidents (the arrest of some murder suspect or police making a suspect re-enact their crime for example). Many of these incidents relate to what has been published in Travel Advisories by the American, British, Australian, Canadian and New Zealand Foreign Ministries:
Jet ski and motorbike hire scams – travellers continue to report harassment and threats of violence by jet-ski operators on tourist beaches, particularly in Phuket, Pattaya, Koh Samui and Koh Phangan. After returning hired jet-skis, tourists have been confronted by gangs claiming that the tourist damaged the jet-ski and demanding a large sum of money in compensation. In some cases, gangs have threatened violence, including at knifepoint. Jet ski operators and businesses that hire out motorcycles may request your passport as a deposit or guarantee. If there is a dispute about damage to a rented jet-ski or motorbike, rental operators may try to keep your passport until they receive compensation.Credit card and ATM fraud – Credit card and ATM fraud, including the use of ‘skimming’ machines which can store card data, occurs in Thailand.Shopping scams – Many travellers fall victim to scams after accepting offers from people recommending or offering various goods or services, particularly when shopping for jewellery and gems.Investment scams – Travellers have lost large sums of money through bogus investment, property rental and time share schemes, card game scams and other fraudulent activity. Several Australians have fallen victim to investment scams for properties in Phuket (Department of Foreign Affairs and Trade, 2017).
In addition, âArrestsâ have also included incidents of counterfeit currency, smuggling of animal goods, illegal lotteries and phone scams. Given the breadth of types of crime under the âArrestsâ sub-category, this would suggest that drug trafficking is the most frequent type of crime occurring in Thailand as the âArrestsâ would appear to be an amalgamation of various other crimes which do not fit other sub-categories (Intelligence Fusion, 2017). COMMENT ENDS

DRUG TRAFFICKING
Based on the recorded incidents of drug trafficking in Thailand, there are four types of drugs being transported throughout â and through â the country. They are Methamphetamine pills â aka âYaba/Ya Bahâ â Crystal Methamphetamine â aka âIceâ – Marijuana and Kratom. Each drug is pictured in Figure 2 below.

Figure 2. Left to Right: Yaba, Ice, Marijuana & Kratom Leaves (sourced from Google)
Yaba and Ice are categorised are amphetamine type stimulants (ATS). According to the United Nations Office on Drugs and crime (UNDOC), these two forms of methamphetamine portray different trends in their geographic spread and trafficking routes. Yaba is intended for markets within South East Asia. However, there have recently also been some indications of an emerging market for methamphetamine tablets in the Republic of Korea, Malaysia and Singapore. Unlike Yaba, Ice has become a geographically wide-spread drug trafficked across East and South-East Asia (UNDOC Regional Office for Southeast Asia and the Pacific, 2015). Marijuana has long been a popular drug around the world while Kratom is a new psychoactive substance (UNDOC Regional Office for Southeast Asia and the Pacific, 2015).
Incidents relating to the trafficking of these substances are shown below in Figure 3. Weekly Intelligence Reports on Thailand have continually featured large amounts of all the drugs mentioned above; quantities Yaba have often been in the hundreds of thousands at least, Ice shipments have often been measured in kilograms and Marijuana shipments have rarely been below 400kg. Kratom however has been in smaller amounts by comparison but nonetheless large for the kind of drug it is. Also of note from Weekly Intelligence Reports has been an absence of any manufacturing facilities being discovered or raided by Thai authorities; leading to the assessment that Thailand is a destination/transit country for drugs (PRATTEN 2017b, PRATTEN 2017c, PRATTEN 2017d, PRATTEN 2017e, PRATTEN 2017f). 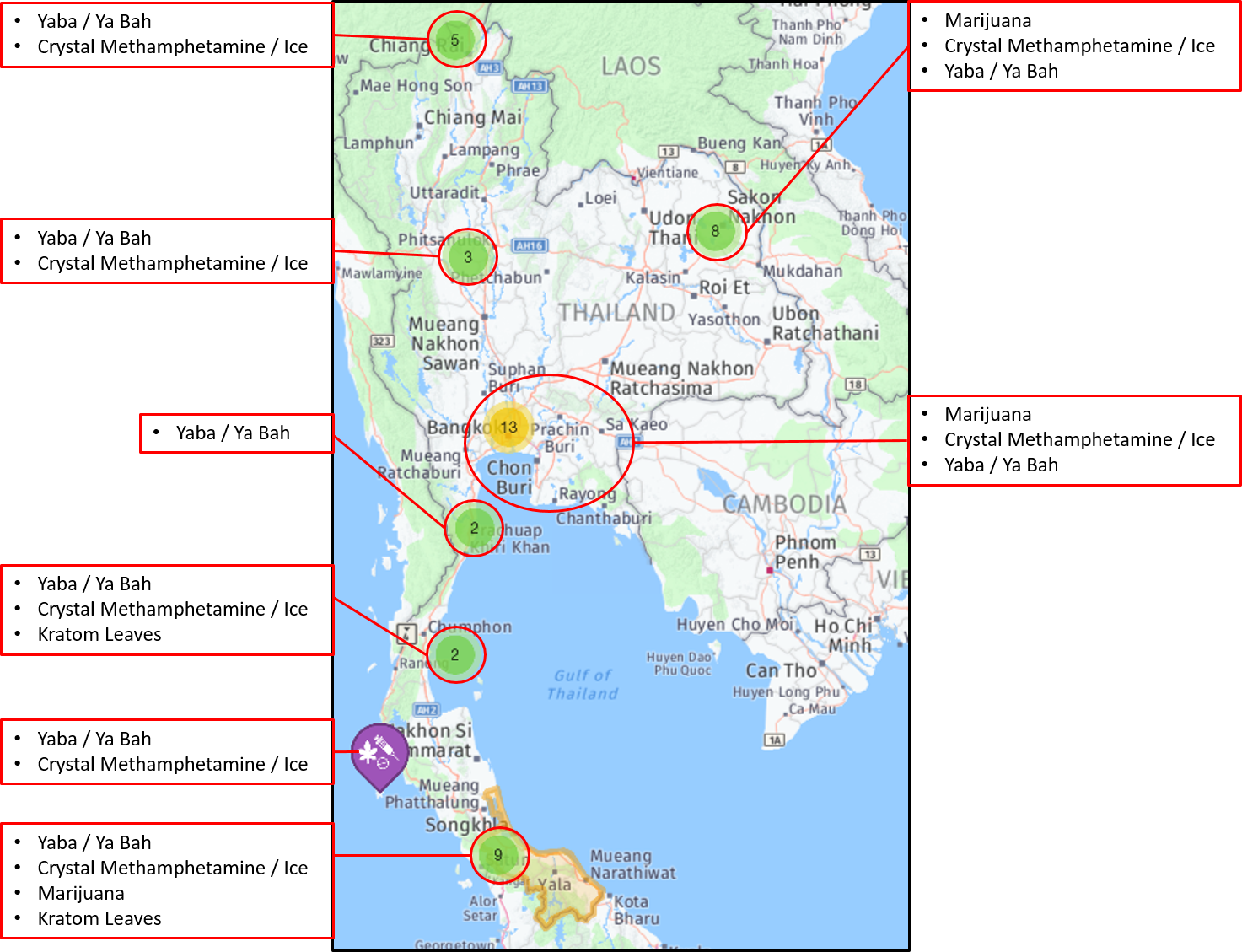 Figure 3. Locations of Trafficking Incidents in Thailand, 01/05/17-31/07/17 (Intelligence Fusion, 2017) (Click on above image to expand)
COMMENT. These incidents are concentrated in Chiang Rai on the border with Myanmar, the North-Eastern provinces bordering with Laos, the Central and Bangkok reporting regions and the South and South-eastern reporting regions that border Malaysia; those being Phattalung, Trang, Satun and Songkhla provinces. Interestingly, these incidents do not go further south into the provinces of Pattani, Yala and Narathiwat; these areas have long been unstable areas due to the long-running insurgency (PRATTEN 2017a). Also of note is that Thailandâs location acts a bridge between Central and East Asian countries and to the South East Asian countries of Malaysia, Singapore and Indonesia. COMMENT ENDS.
The clusters of trafficking incidents shown above appears to point out the main routes for drug traffickers entering and passing through Thailand. A closer look at information contained in recorded trafficking incidents as well as additional open source reporting has provided the following on how drug trafficking in Thailand appears to occur; pictured in Figure 4: 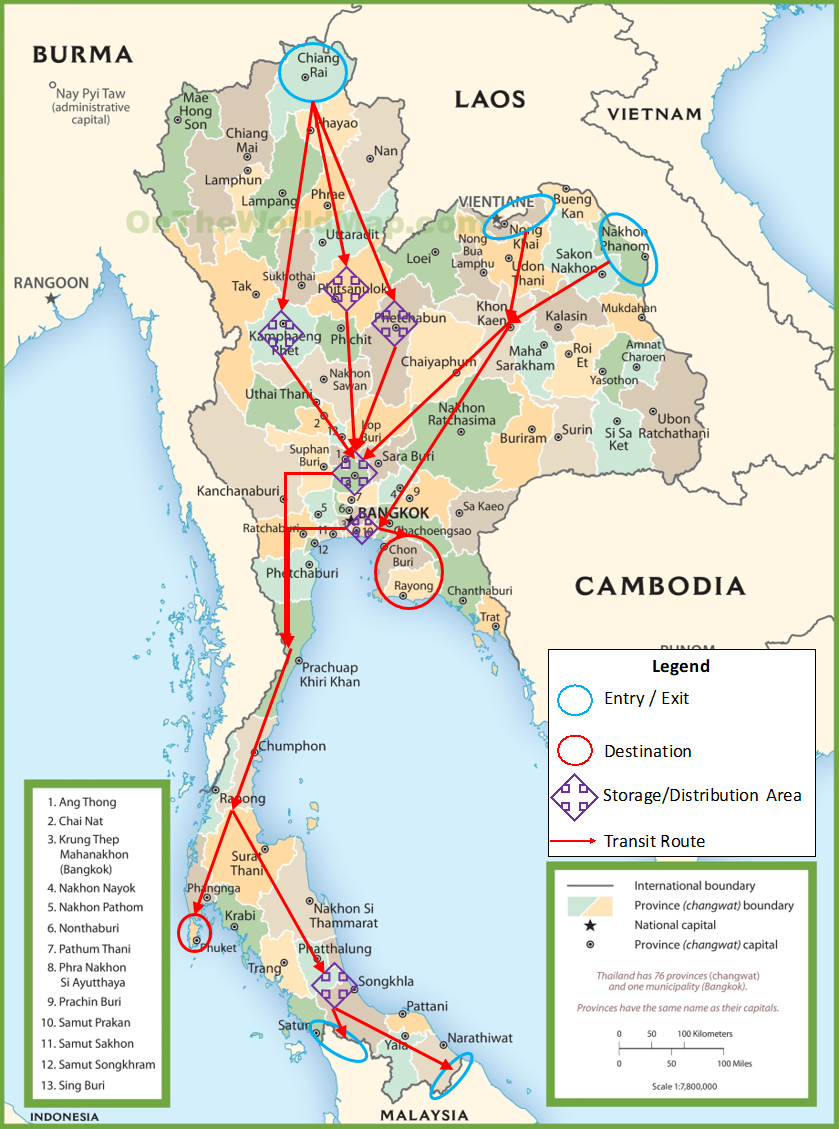 Figure 4. Assessed Trafficking Routes into and through Thailand. (Click on above image to expand)
The main source countries are Myanmar â in the âWaâ tribal region near its border with China – and Laos. Myanmar is a source country for Yaba and Ice while Laos supplies Marijuana in addition to Yaba and Ice.
From Myanmar, the drugs cross the border into Chiang Rai province where traffickers go to storage/distribution areas of Kamphaeng Phet, Phitsanulok, Phetchabun but more so to Phra Nakhon Si Ayutthaya and Bangkok. From these provinces, the drugs are sold to throughout surrounding areas and shipments to go south are re-packaged into smaller amounts in order to mitigate any losses from seizures by police. Re-packaged drugs are then sent to Phuket where they can be sold to tourists and onto Hat Yai district in Songkhla province. From here, the drugs are re-packaged into smaller packages again and sent into Malaysia via Sadao district in Satun province and or Sungai Golok district in Narathiwat. Once in Malaysia, the drugs are sold throughout provinces along the Thai-Malaysia border but Ice is also sent to Penang where the ports provide the means to distribute it throughout South East Asia, Oceania and Australia.
Drugs from Laos appear to come into Thailand via crossing the Mekong River in Nong Khai and Nakhon Phanom provinces. Based on arrests further inland from these provinces, Yaba, Ice and Marijuana are sent to Phra Nakhon Si Ayutthaya and Bangkok via Khon Kaen province for wider sale and distribution to the south via similar routes to Ice and Yaba coming from Myanmar.
Seizures of Kratom indicate this drug comes into Thailand form Malaysia via Sadao district (Malay Mail Online, 2017).
While the recorded incidents of drug trafficking have provided the majority of indications of trafficking routes, a major development with regards to drug trafficking in Thailand was the intention expressed by Thai authorities â during a meeting in Chiang Rai on 05 July 2017 between Thai and Malaysia Counter-Narcotics police â to deploy an inter-agency taskforce to Penang, Malaysia. The purpose of the task force is to investigate a Penang-based company which has been accused of being a front for a transnational crime syndicate. This company is suspected to have established a foothold in Thailand several years ago with operations in property, entertainment, theme parks and restaurants (PRATTEN 2017e).
COMMENT. Several trafficking incidents recorded since 05 July 2017 have served as the major contributors of information on trafficking routes displayed in Figure 4. COMMENT ENDS
ASSESSMENT