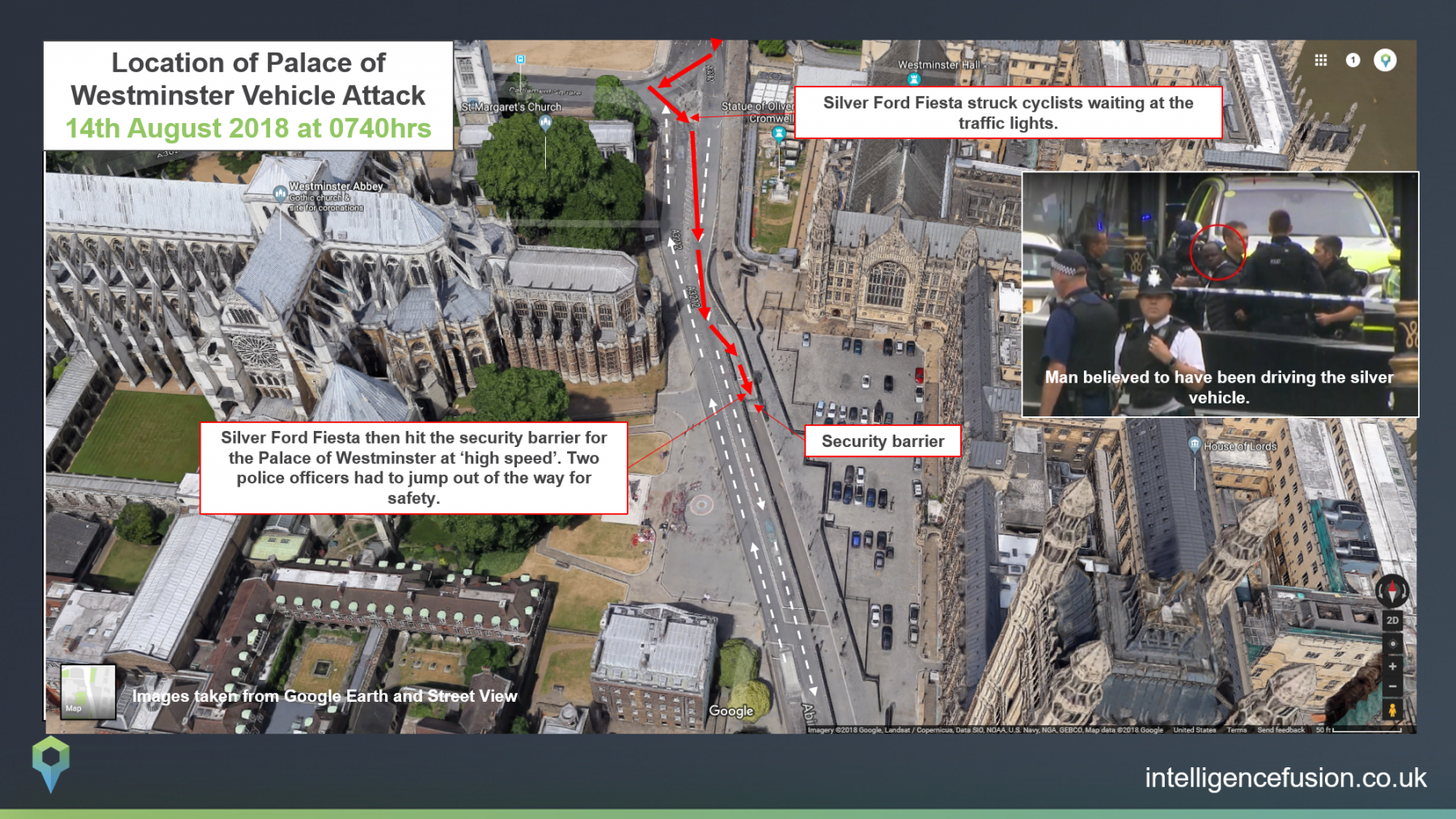 At 07:37hrs on 14th August 2018, a silver Ford Focus drove southwards on the A3212 turning on to Parliament Square. As the vehicle turned it then veered on to the northbound lane of the A3212, hitting a number of cyclists who were waiting at the traffic lights in what was believed to have been a deliberate act.

The vehicle then rejoined the A3212 going southbound before entering the security entry lane for the Palace of Westminster at speed and hitting a security barrier, forcing two police officers to jump out of the way for safety.

After crashing into the security barrier the driver did not get out of the vehicle. Armed police responded and arrested the man driving the vehicle who is described as being a black male in his late 20s. The arrested man was taken to a South London police station where he is currently not cooperating with police.

No other weapons have been found in the vehicle and no other suspects are believed to be involved. The Metropolitan Police have not yet formally identified the man and they are treating the incident as likely terrorism.

COMMENT: Based on the low level sophistication of the likely terror attack, it appears to have been conducted with limited planning and the suspect is likely not involved with a wider cell of terrorists. The threat, which has been witnessed previously with terror attacks in Europe, is that this incident may encourage copycat incidents, not just in the UK but wider Europe.

14th August 2018 1730hrs UPDATE: The man who conducted the attack travelled to London from his Midlands home in a Ford Fiesta bought two months ago Scotland Yard said today. The man was not known to counter-terrorism officers or MI5 but security sources say the suspect, from the Birmingham area, was known to police in the West Midlands.

14th August 2018 2030hrs UPDATE: The attacker is believed to be a 29 year old British citizen of Sudanese origin who lived in the Sparkhill district of Birmingham. 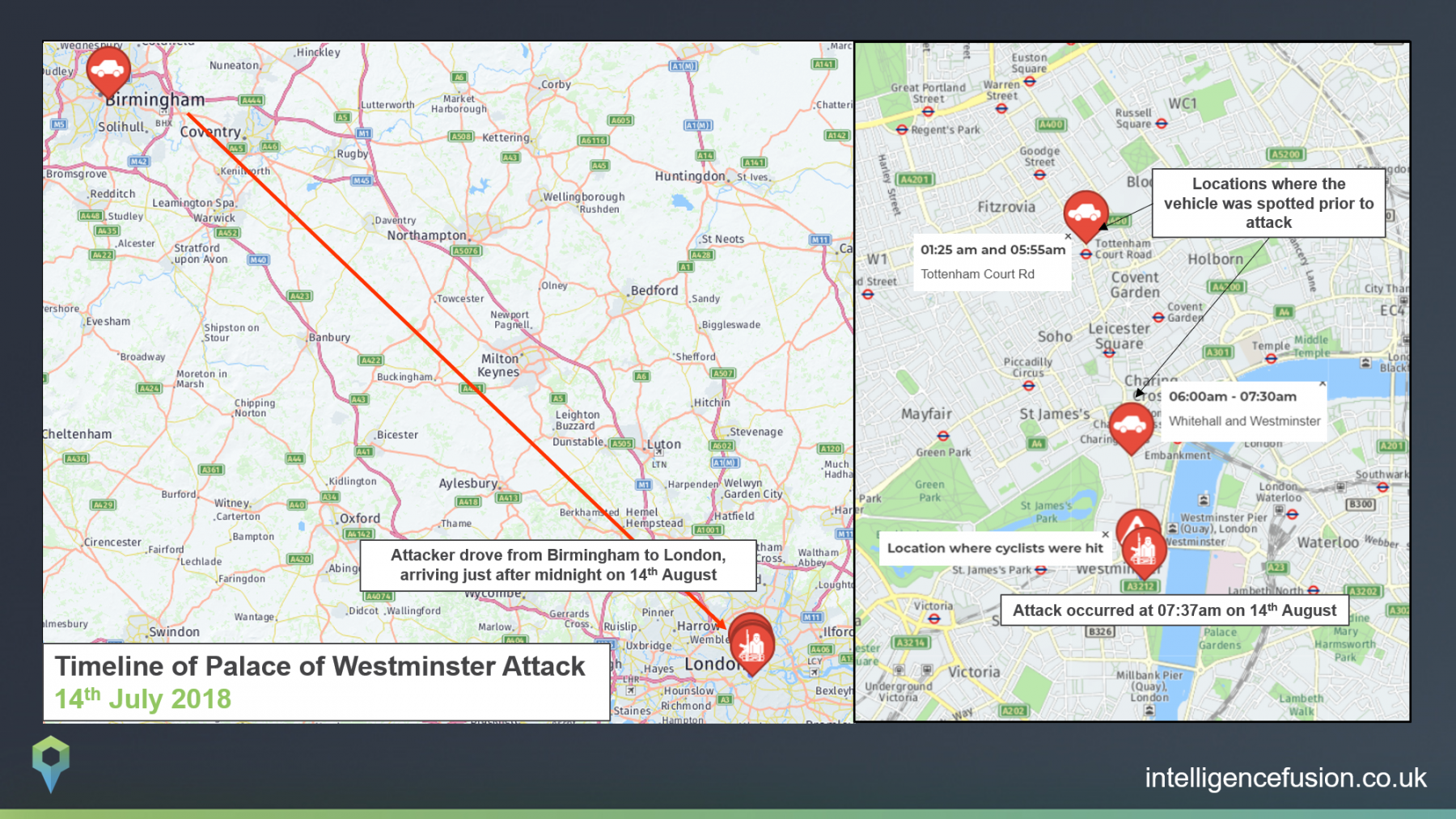