THREAT WARNING:
AS OF 23:45HRS 17 AUGUST 2017 (GMT +7HRS), THE BRONZE MAZDA THUNDER PICKUP TRUCK (LICENCE PLATE BOR NGO 8378) HAS NOT BEEN LOCATED. THEREFORE, ONE PROBABLE VBIED IS STILL ACTIVE.
EXECUTIVE SUMMARY
It is PROBABLE the raid on the Wangto Car Centre was for the purpose of carrying out multiple VBIED attacks across Pattani province. Based on previous reports, these attacks would have PROBABLY occurred against the Big C Super Centre as well as numerous police and military bases. Given the 3 major case updates provided by the Army and the SBPPO on 13 August 2017, it is POSSIBLE one of the targets would have been the location this briefing was given; the ISOC Region 4 Forward Command.
INCIDENT DETAILS

(Click on above image to expand)
The last four days have seen a period of intense insurgent activity in Southern Thailand, culminating in a vehicle borne improvised explosive device (VBIED) attack on police in Mayo district, Pattani and as of the time and date of this report, one VBIED still to be located or detonated. The sequence of events is as follows:
1. 13 August 2017 â Army and SBPPO Provide Updates On 3 High Profile Cases in Yarang District, Pattani:
The Chiefs of the 4th Army â LTGEN Piyawat Nakwanich â and the Southern Border Provinces Police Operation Centre (SBPPO) â POL LTGEN Ronasilp Phusara â provided updates on the progress in three high-profile security cases at a press conference at the Internal Security Operations Command’s (ISOC) Region 4 Forward Command. These cases that were briefed are:
Case 1: 10 suspects were allegedly involved in a drive-by shooting carried out in front of the Rangae district police station in Narathiwat on 30 March 2017 that left one police officer dead and four other officers injured. The police investigation team had recommended the indictment of 10 suspects arrested recently. Four other suspects facing warrants in the same investigation are still on the run. Case 2: 33 suspects facing warrants had been detained in connection with a complex attack at a security checkpoint in Ban Krong Pinang in Krong Pinang district, Yala and at a military ranger base in Ban Rano in Bannang Sata district on 03 April 2017. At least 27 other suspects are on the run, including three who were injured during a clash with authorities. They were believed to have escaped into neighbouring Malaysia.
COMMENT. These attacks are pictured in Figure 1 below. Further details on the complex attack in Yala indicate a high level of planning and resources on the part of the attackers. An intelligence official was quoted at the time saying these insurgents used road spikes, several pipe bombs, felled trees and burned tyres to obstruct officers’ pursuit. This group was probably a Runda Kumpulan Kecil (RKK) unit.
An inspection of CCTV recordings showed that a team of as many as seven men opened fire at the checkpoint from the roofs of nearby houses while another armed group of eight men ran across the street to fire at the checkpoint. As more police officers came to reinforce the checkpoint, resulting in one attacker being injured, the assailants retreated into a nearby wooded area.
The attackers were probably led by insurgent suspects Abus Jeh-ali and Amad Leubaesa, known to be active in Krong Pinang and Bannang Sata districts commanding at least 30 fighters (McCabe and Harrington, 2017).
This kind of planning and coordination was evident in a recent complex attack in Chanae district, Narathiwat. Insurgents in this incident carried out a complex attack similar to an infantry style ambush, indicating the groupâs members had a military background (PRATTEN 2017a).COMMENT ENDS. 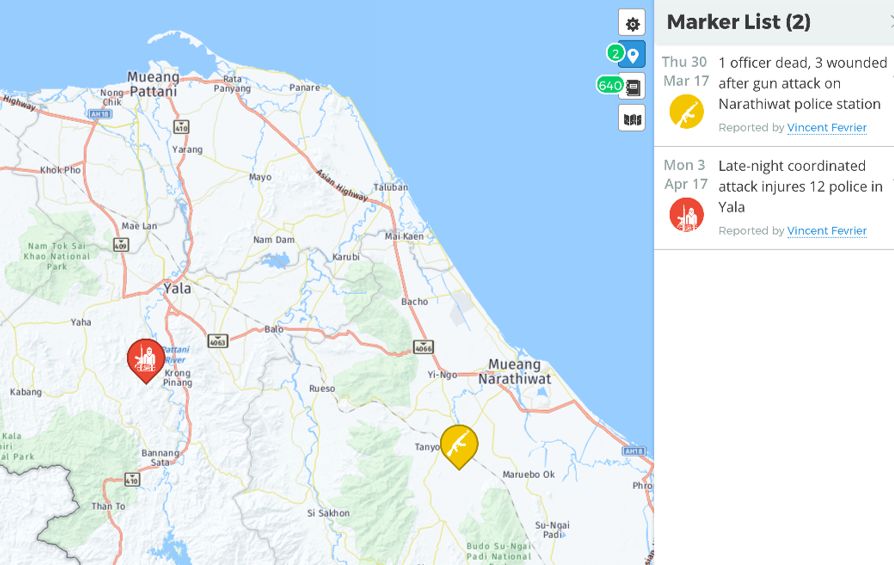 Figure 1. Case 1 and Case 2 incidents. (Click on above image to expand)
Case 3: DNA samples taken from a light dropped at the scene of an IED attack in Pattani’s Thung Yang Daeng district on 19 June 2017 were identified as belonging to a suspect who has committed at least four other violent attacks in the South. The suspect was identified as Mahama Sa-i.
COMMENT. This attack is pictured in Figure 3 below. This IED attack killed six soldiers and wounded four. The IED destroyed the vehicle transporting the troops. A combined force of soldiers, police and administration officials checking the scene found pieces of the black Isuzu pickup truck within a 50m radius of the explosion. The impact created a 1.5m-deep and 2m-wide hole in the road. 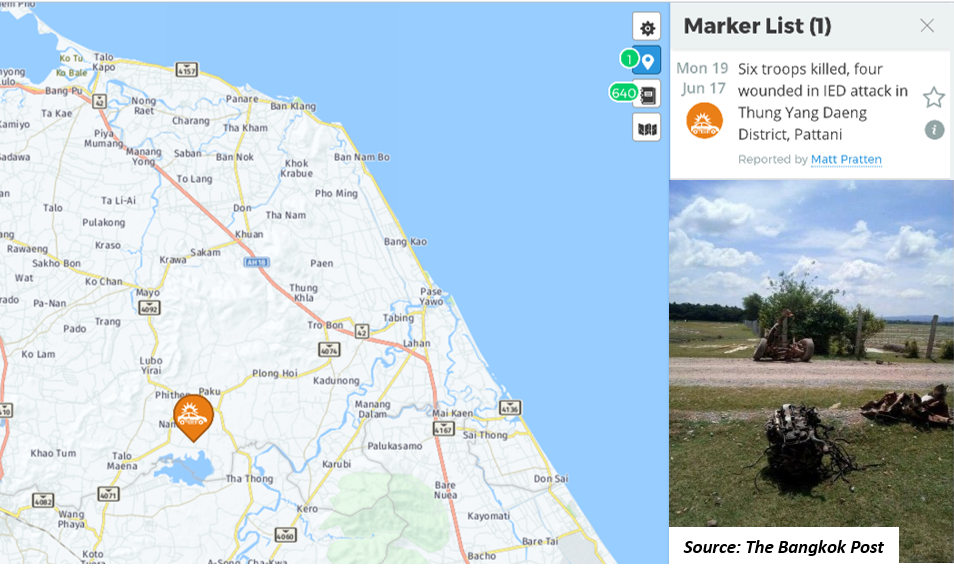 Figure 2. Case 3 incident. (Click on above image to expand)
According to the explosive ordnance police, pieces of 15kg cooking gas cylinders found at the scene indicated the explosive must have been no less than 80kg. It was buried underground and detonated when the vehicle passed, tearing it in two and sending pieces of it several metres from the spot. COL Pramote Promin, chief of public relations division of the Internal Security Operations Command Region 4 said the bomb had been planted underground in the area frequented by patrol soldiers (McCabe and Harrington, 2017). This kind of attack would have also required detailed planning and reconnaissance to identify this location as a frequently used route. COMMENT ENDS.
2. 04:30hrs, 16 August 2017 â 10 Insurgents Steal Mazda Pickup Truck for Na Thawi Raid in Yarang District, Pattani:
10 armed men posing as security officers men held up a married couple and stole their Mazda Thunder pick-up; licence plate BOR NGO 8378.
3. 11:00hrs, 16 August 2017 â Insurgents Steal Six Vehicles for VBIED Use, Taking Hostages in Na Thawi, Songkhla:
The insurgents who stole the Mazda Thunder pickup truck in Yarang district then drove to the Wangto Car Centre in Tambon Na Thawi, Na Thawi district at 11:00. This group broke into the car centre, stealing six pick-up trucks â a Mitsubishi Triton, a bronze Isuzu space cab, a black Isuzu Space Cab, a grey Isuzu D-Max, a black Toyota Vigo and a white Isuzu pickup â and took four hostages. This group then drove off in different directions towards Pattani province.
COMMENT. This incident led to a threat warning being sent out via Intelligence Fusion. Initially, reports stated that five pickup trucks were stolen. Further reporting discovered after the Threat Warning later corrected prior information, saying six pick-up trucks were stolen (McCabe and Harrington, 2017, PRATTEN 2017f). COMMENT ENDS.
Five of the six vehicles were found or stopped around Songkhla and Pattani. Their assessed or known locations are shown in Figure 3 below. Of note, bomb disposal officers examined the black Isuzu Space Cab at the Ko Mokaeng checkpoint, Nong Chik district and found a 15kg gas cylinder packed with explosives inside it. 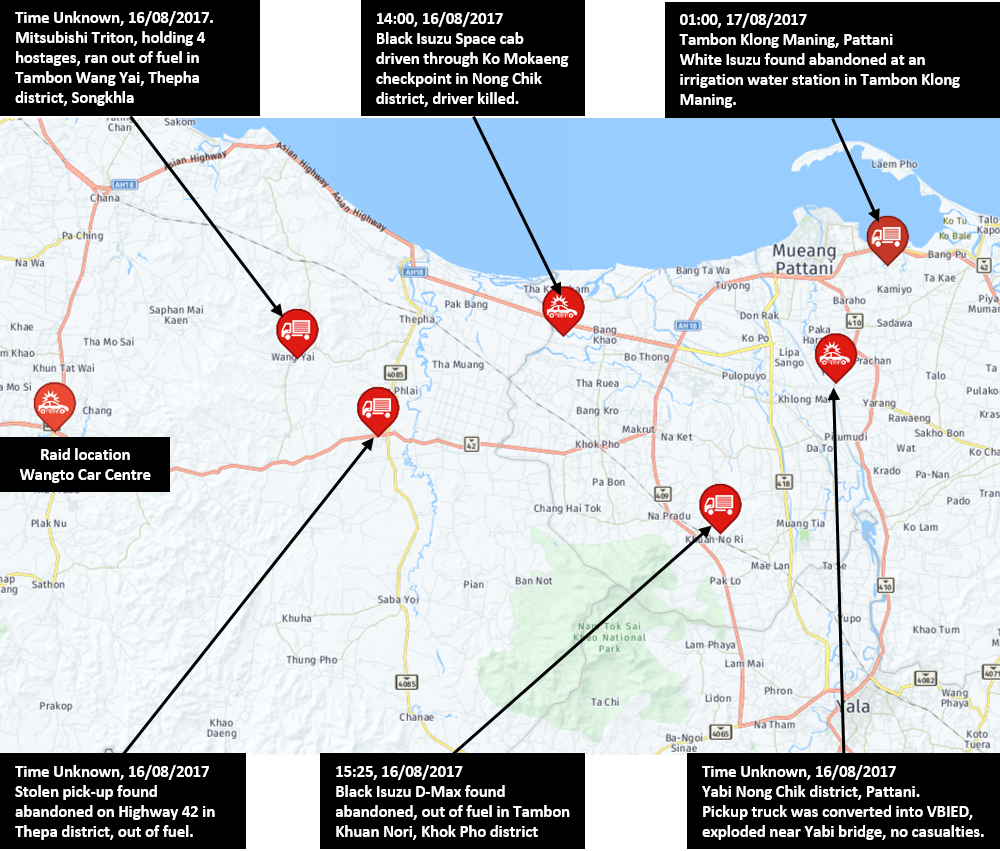 Figure 3. Locations of vehicles stolen from Wangto Car Centre, Na Thawi. (Click on above image to expand)
COMMENT. These vehicles appeared to have been heading to Mueang Pattani. In this area, a group of insurgents had previously carried out a VBIED attack on the Big C Super Centre on 09 May 2017. No one was killed but the attack wounded 52 people. This VBIED attack utilised a pickup truck packed with explosives. These explosives consisted of cooking gas cylinders that were stolen locally (PRATTEN 2017d). This kind of VBIED had been used in Case 3 mentioned in point 1 and had also been used in IED attacks shortly after the Big C Super Centre bombing.
However, after the death of Lukman Mading, the absence of these kind of incidents indicated this kind of IED capability had been removed from insurgent groups (PRATTEN 2017d, PRATTEN 2017e, PRATTEN 2017b, PRATTEN 2017c, PRATTEN 2017a). That prior assessment has now been shown to be incorrect. The same previous reports had shown that incidents in Pattani were carried out indiscriminately â police, soldiers and civilians had been targeted â and consisted of multiple attacks being carried out over a short space of time. COMMENT ENDS.
4. 17 August 2017 – Sixth Stolen Pickup Truck Explodes Outside Police Houses in Mayo District, Pattani:
The sixth pickup truck stolen from Songkhla was to carry out a VBIED attack against a row of police residences in Mayo district, Pattani at 03:50hrs. No-one was injured but extensive damage was caused to the houses. A policeman on guard duty asked noticed the parked vehicle and asked the drivers to move it. Instead, the two men in the truck got out and ran away. Less than two minutes later the bomb went off.
COMMENT. This vehicle was assessed to be used within 12-24 hours after the raid of the car dealership in Songkhla (PRATTEN 2017f). This means all the vehicles stolen form Songkhla are now accounted for. However, the Mazda Thunder pick-up â licence plate BOR NGO 8378 â has not been found and thus poses a VBIED threat.
Considering all these incidents in the context of the insurgency in Southern Thailand, previous reports had assessed that there were three insurgent groups that were active in the area. However, these reports now link the activities of the Pattani group and the Narathiwat/Yala group (PRATTEN 2017e, PRATTEN 2017b, PRATTEN 2017c, PRATTEN 2017a). COMMENT ENDS.
ASSESSMENT

Given one vehicle is still yet to be found, it is PROBABLE this vehicle will be made into a VBIED and used to attack another police or military base. This means the prior threat warning of a VBIED attack occurring remains relevant, but for a different vehicle. Considering previous reports and what these insurgents have available, the attack could POTENTIALLY be a complex attack utilising their remaining VBIED backed up by small arms fire.
It is PROBABLE the raid on the Wangto Car Centre was for the purpose of carrying out multiple VBIED attacks across Pattani province. Based on previous reports, these attacks would have PROBABLY occurred against the Big C Super Centre as well as numerous police and military bases. Given the 3 major case updates provided by the Army and the SBPPO on 13 August 2017, it is POSSIBLE one of the targets would have been the location this briefing was given; the ISOC Region 4 Forward Command.
The motivation for this attack was to POSSIBLY strike at ISOC in order to cause casualties that would affect the progress of their 3 major cases and, in the case of the Big C Super Centre, carry out another attack that would have POSSIBLY been deadlier than the 09 May 2017 attack; an attack that would have resulted in civilian deaths. Doing so would have POTENTIALLY created an additional workload for ISOC, reducing the amount of resources they would be able to utilise to track down these insurgents.
Considering the similarities in tactics and equipment used, it is PROBABLE the group that has been active in Pattani, Yala and Narathiwat is actually a large group under the RKK rather than two separate groups.
While all but one of the insurgents in this group has evaded capture, the 33 suspects and DNA evidence from their major cases will POSSIBLY mean that the ISOC forces have detailed information to track down these remaining members. With this information now being public knowledge, these remaining RKK insurgents will POTENTIALLY be looking to evade capture by crossing the border into Malaysia for the purpose of reorganising after their remaining VBIED is used successfully or captured by ISOC.
References
ï¿¼
MCCABE, M. & HARRINGTON, D. 2017. Intelligence Fusion Platform [Online]. London: Ambix. Available: https://www.intelligencefusion.co.uk/ [Accessed 12 August 2017].
PRATTEN M. 2017a. Post Incident Report: Complex Attack On Thai Rangers In Chanae District, Narathiwat. Intelligence Fusion [Online]. Available: https://www.intelligencefusion.co.uk/single-post/2017/08/10/Post-Incident-Report-Complex-Attack-On-Thai-Rangers-In-Chanae-District-Narathiwat [Accessed 12 August 2017].
PRATTEN M. 2017b. Post Incident Report: Shooting Spree in Pattani Province, Thailand. Intelligence Fusion [Online]. Available: https://www.intelligencefusion.co.uk/single-post/2017/07/25/Post-Incident-Report-Shooting-Spree-in-Pattani-Province-Thailand [Accessed 26 July 2017].
PRATTEN M. 2017c. Post Incident Report: Southern Thailand IED Attacks. Intelligence Fusion [Online]. Available: https://www.intelligencefusion.co.uk/single-post/2017/08/03/Southern-Thailand-IED-Attacks—Post-Incident-Report-Analysis [Accessed 03 August 2017].
PRATTEN M. 2017d. Post Incident Report: Suspect in Big C Super Centre bombing killed in Paka Harang, Pattani. Intelligence Fusion [Online]. Available: https://www.intelligencefusion.co.uk/single-post/2017/07/13/Post-Incident-Report-Suspect-in-Big-C-Super-Centre-bombing-killed-in-Paka-Harang-Pattani [Accessed 13 July 2017].
PRATTEN M. 2017e. Thailand Fortnightly Snapshot: Armed Conflict in Thailand. Intelligence Fusion [Online]. Available: https://www.intelligencefusion.co.uk/single-post/2017/07/24/Thailand-Fortnightly-Snapshot-Armed-Conflict-in-Thailand [Accessed 24 July 2017].
PRATTEN M. 2017f. THREAT WARNING: Thailand – Possible Car Bomb in Songkhla or Pattani. Intelligence Fusion [Online]. Available: https://www.intelligencefusion.co.uk/single-post/2017/08/16/THREAT-WARNING-Thailand—possible-car-bomb-in-Songkhla-or-Pattani [Accessed 17 August 2017].
Back to Reports & Resources