On 12th August 2017, one person has died and 19 injured in an attack conducted by James Alex Fields Jr, on 4th Street SE, Charlotesville. Fields Jr was pictured protesting with right wing groups before the attack.

1. A grey 2010 Dodge Challenger was filmed approaching a crowd of people marching on 4th Street SE.2. The Dodge Challenger hits protesters marching on the road, before striking a silver car with a black soft top roof. It appears from the footage, that some protesters were pinned between the Dodge and the silver vehicle that was hit. In addition, the silver vehicle is then pushed forward and hits a maroon mini van, also striking pedestrians. Two seconds after the collision, the Dodge reverses to flee the area of the incident. 3. The driver of the Dodge Challenger reverses the vehicle at speed, back along the route they took on 4th Street SE, towards East Market St. 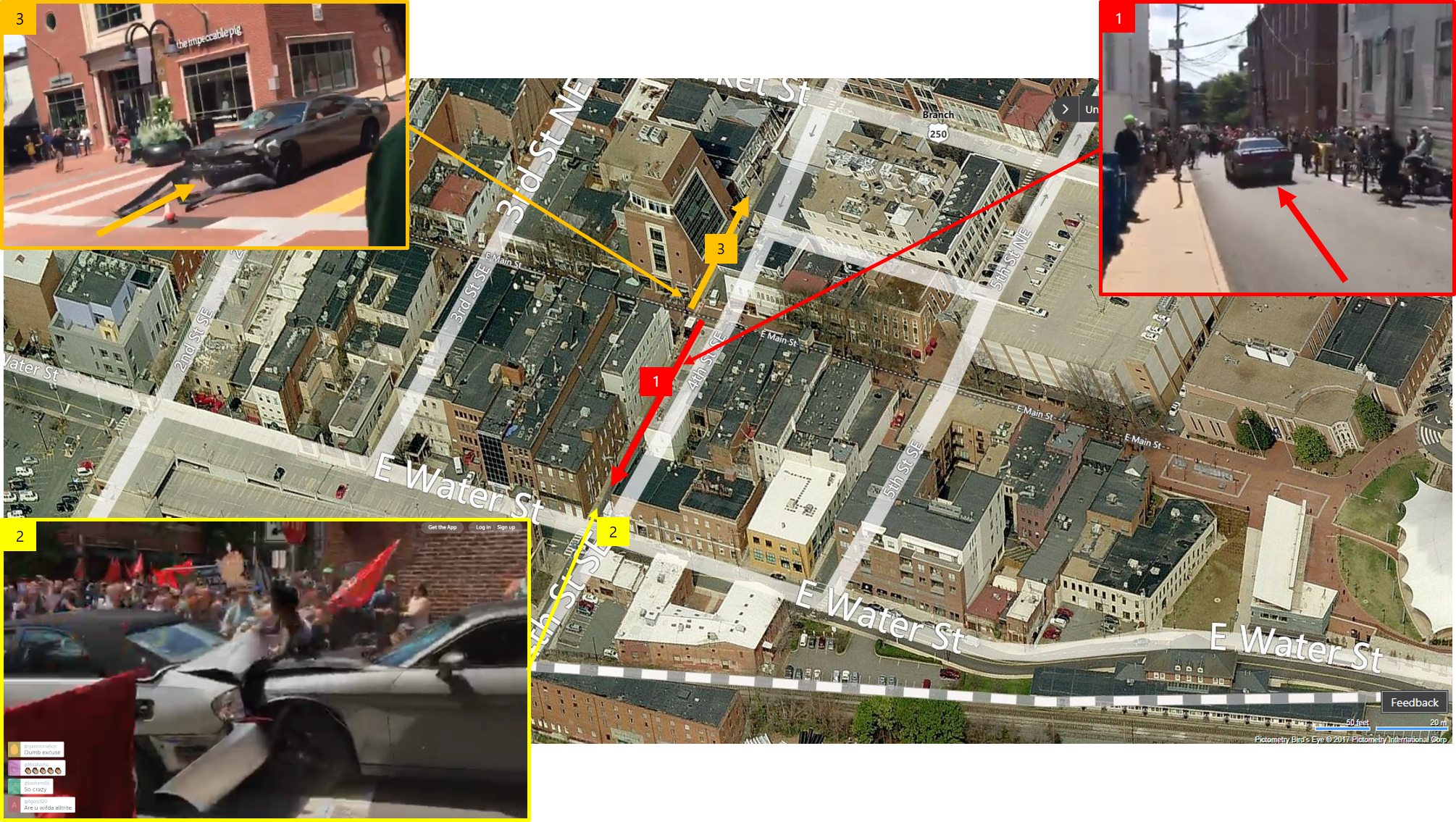 (Click on above image to expand)
4. The likely direction of travel to reach the location of the arrest. 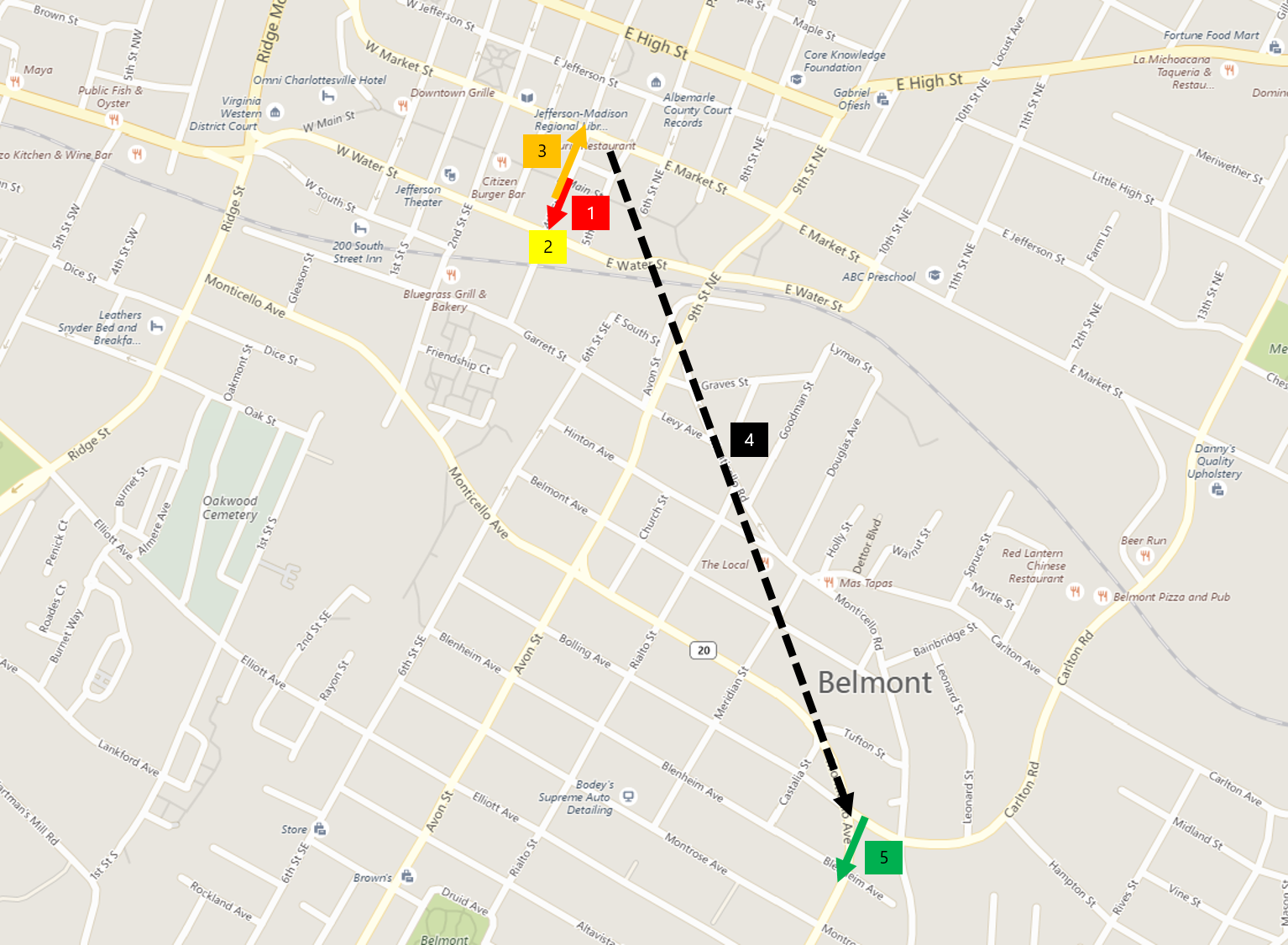 (Click on above image to expand)
5. The driver of the Dodge Challenger appears to have been pulled over by police and arrested at the corner of Monticello Avenue and Blenheim Avenue. 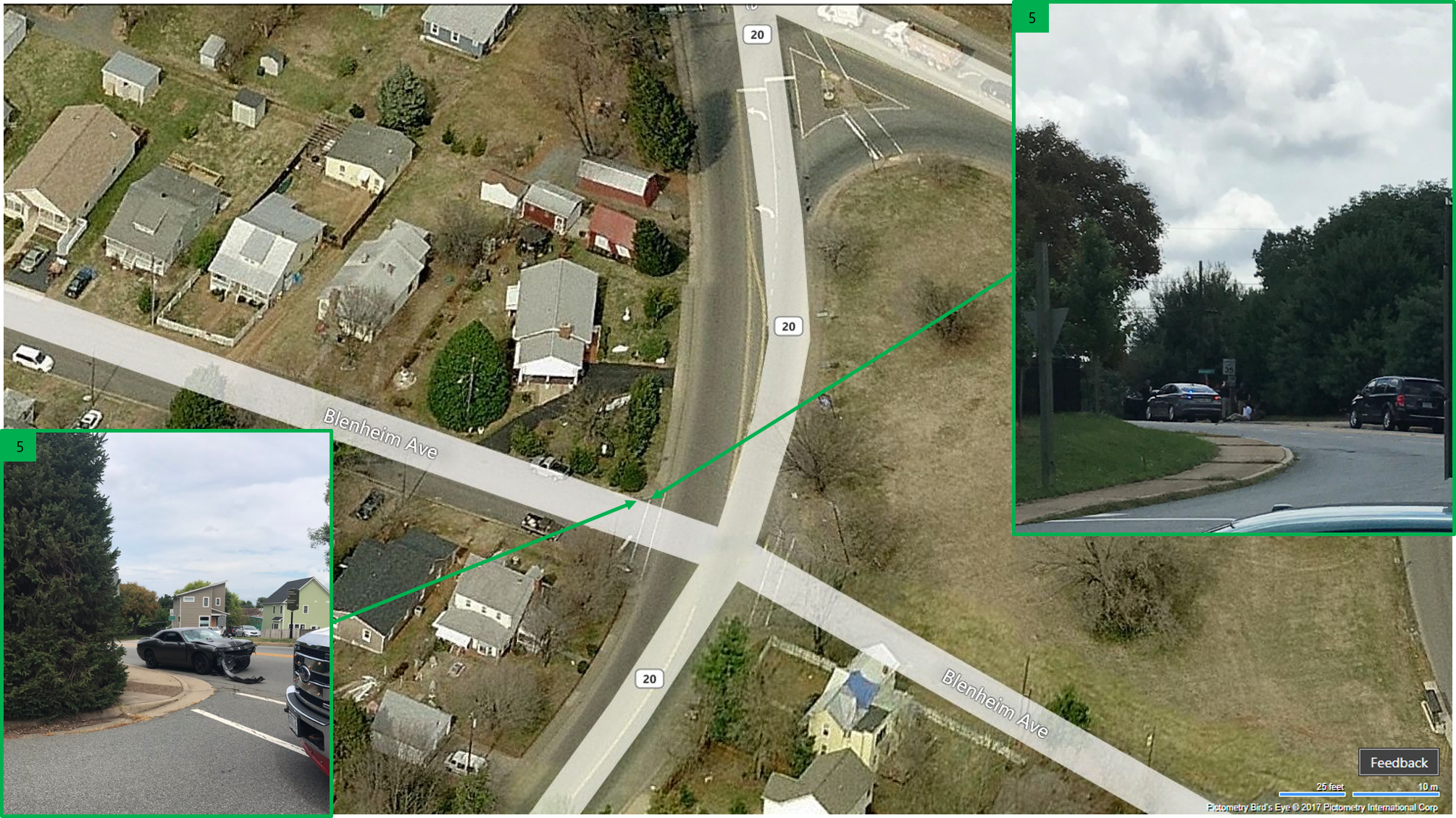 (Click on above image to expand)
Back to Reports & Resources