On 14 JAN 18, a Pakistani national was arrested for allegedly producing fake passports for transnational criminals, possibly including those joining Islamic State. According to an anonymous source for The Bangkok Post; Immigration, Police and Army personnel arrested Muhammad Iqbal, 51, at the Metro Condominium in Phasi Charoen district, Bangkok. A search found four Indian pasports, three Singaporean passports and equipment used for making counterfeit documents and passports.â¯ Deputy Prime Minister Gen Prawit Wongsuwan has stated to the media that Iqbal, “produced fake passports and fake visas in an attempt to bring Islamic State to enter Thailand. No, the Islamic State has not entered Thailand (Intelligence Fusion, 2017).” 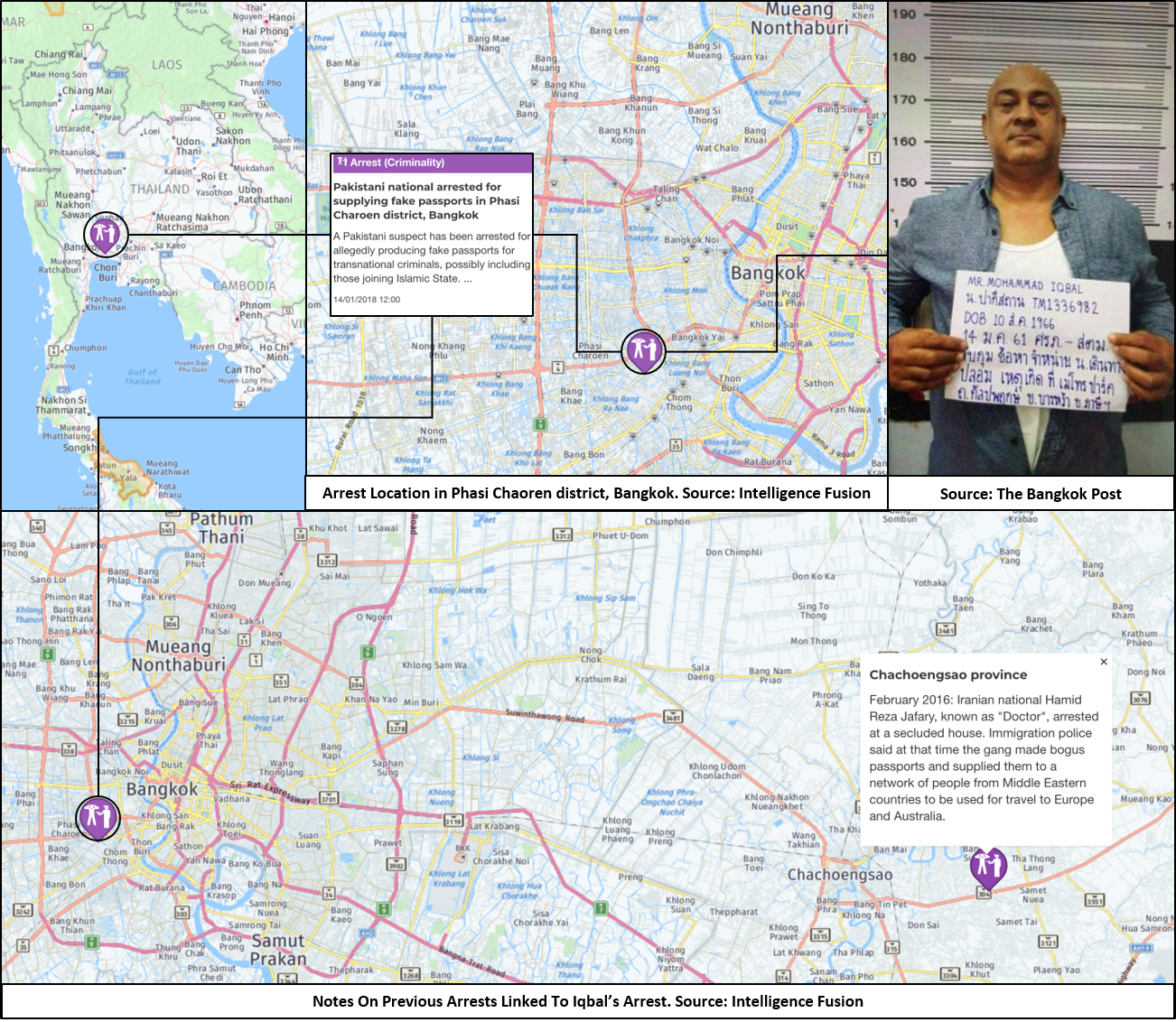 COMMENT. According to reporting used to log this incident, the arrest was made as a result of a probe beginning in February 2016 where an Iranian national Hamid Reza Jafary, known as “Doctor” was arrested in Chachoengsao province – shown in imagery above.â¯The arrest revealed that Jafary and his associates made fake passports and supplied them to a network of people from Middle Eastern countries to be used for travel to Europe and Australia. The same anonymous source for the Bangkok Post has said Iqbal is in the same network as Jafary along with many other Pakistani criminals who have been linked with counterfeiting documents to supply to Islamic State.

The government has always maintained Islamic State has not been active in any form inside the country. Since May 2017, no incidents relating to Islamic State being in Thailand have been recorded on Intelligence Fusion not even in the South of Thailand – shown below. Intelligence Fusions reports analysing the insurgency have not indicated Islamic State being present there either; despite this part of the country featuring many incidents – such as bombings and small arms attacks – similar to those seen in areas around the world where Islamic State is active. While there has been a group in this region with a somewhat similar aim – Pattani Islamic Mujahedeen Movement or GMIP – its policy of not taking credit for attacks like other insurgent groups in this area is contrary to Islamic State tactics. (Fevrier, 2017, PRATTEN 2017a, PRATTEN 2017b, Intelligence Fusion, 2017). 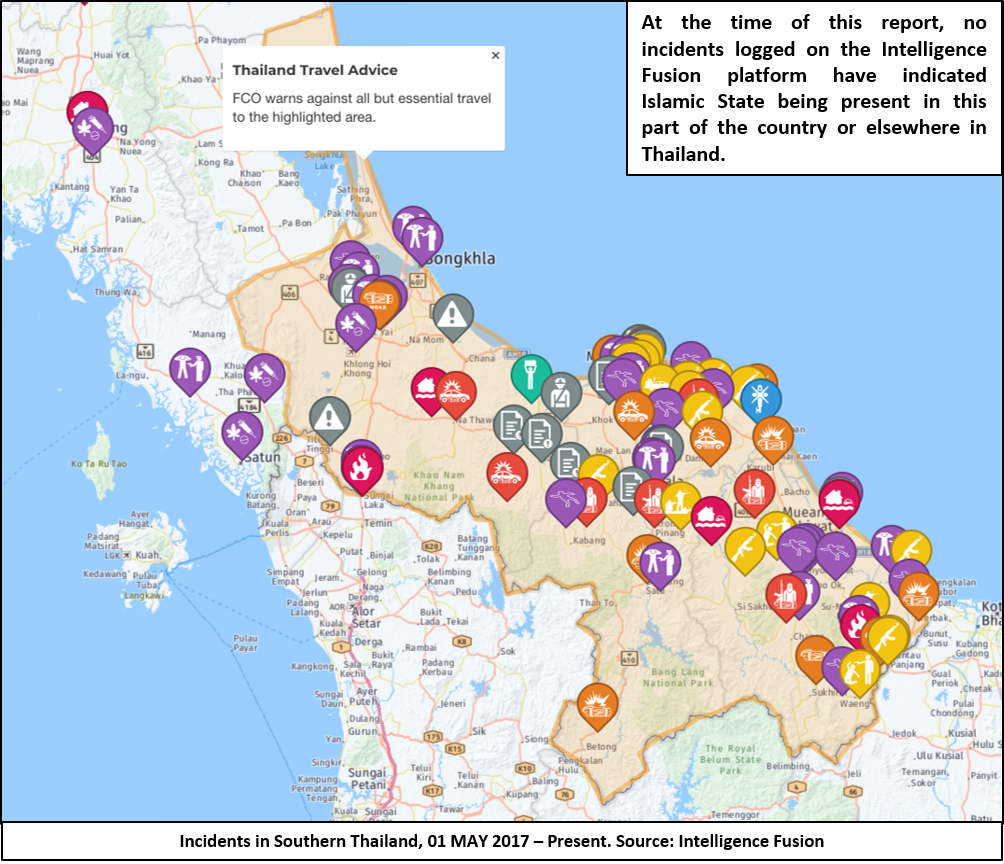 However, there have been many arrests relating to transnational crime in Thailand. Transnational criminal networks have a heavy presence in the country. These networks revolve around human trafficking, drug trafficking, scam operations, counterfeiting and illegal migration (Intelligence Fusion, 2017). COMMENT ENDS.

Based on what is known about this incident and prior analysis relating to terrorism and insurgency in Thailand, it is PROBABLE this arrest has been against a network providing forged passports for those wishing to travel under false names in order to avoid detection by authorities – mainly criminals fleeing authorities and would also include those linked to Islamic State. The Pakistani citizen is PROBABLY a member of a group that provides its services to Islamic State members but does not appear to be directly under Islamic State itself.

ï¿¼NB – To avoid potential misunderstandings surrounding plagiarism, references mentioning myself or the Intelligence Fusion platform are built upon the collection and logging of incidents based on the combination of numerous open sources such as mainstream media, social media and open source mapping tools (The Bangkok Post, The Nation, Thai PBS, Facebook, Google Maps, etc). Details of reports used are available on each incident logged on the Intelligence Fusion platform.