On Saturday May 12th, 2018, around 9 PM, a man armed with a knife, and reportedly yelling “Allahu Akbar”, attacked several individuals on the Rue Saint-Augustin, near Rue Monsigny in the 2em Arrondissement of Paris. During his assault on pedestrians, the man killed one person, severely wounded two others, and lightly wounded two more. Shortly after the attack began, the assailant came into contact with three members of the police. Police sources indicate that he told officers to kill him or he would kill them. Police officers first used non-lethal means, in the form of a taser, to subdue the assailant. However, the taser failed to have any effect, and a police officer subsequently shot the suspect twice with lethal rounds. The suspect was killed at the scene less than 10 minutes from when the first calls to police were made regarding the attack. Nearby streets and subway lines were closed while the investigation took place. In the process of the investigation, the home of the suspect has been raided, and his parents have been taken into custody for questioning. A couple of hours after the attack, the Islamic State’s Amaq News Agency released a statement claiming the perpetrator of the attack was one of their operatives. While the Islamic State has claimed the attack, authorities are still investigating to determine the extent of the connection. 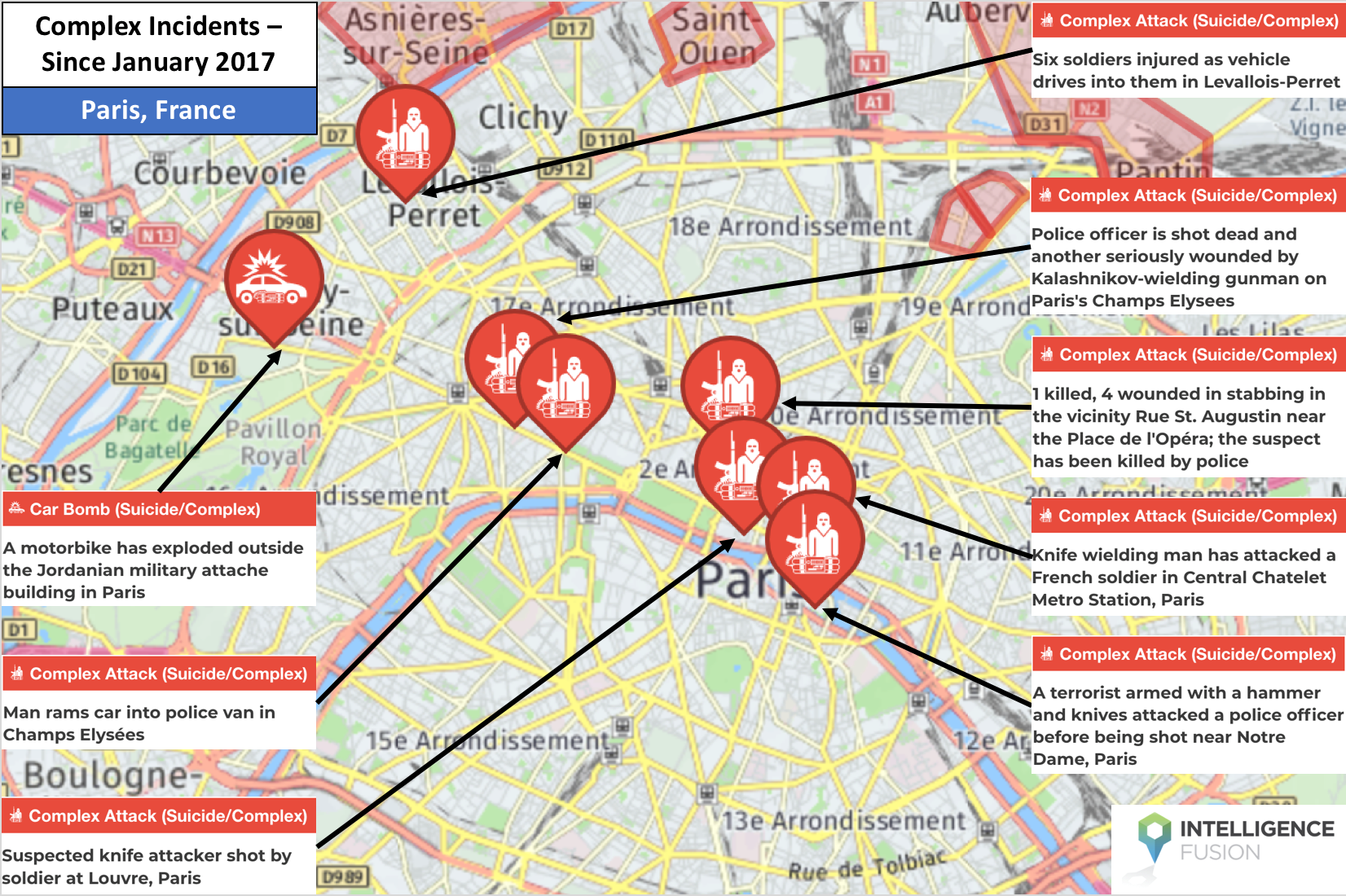 The suspect has been named as 20-year-old Khamzat Asimov. He moved to France with his parents the early 2000s, when they left Chechnya. He became a French citizen in 2010, at the same time as his mother, as he was a minor at the time. The suspect became known to the French intelligence services in 2016 because he was thought to have become radicalised and have ideological sympathies for a group of Chechens planning to leave for Iraq-Syria to fight with Islamic militants. Police have began conducting a follow up investigation and have reportedly made two arrests in Strasbourg as well as questioning relatives. The designation he received by the French intelligence services is the same as the man who committed the attack against soldiers and civilians near Carcassonne, in the south of France, in March 2018.

Comment: The attack fits the trend that has been witnessed across Europe of young radicalised individuals, often known to intelligence services, who commit attacks. The method of attack, the use of a knife, is one of two of the most common methods of attacks in Europe, the other being by ramming civilians or authorities with a vehicle. 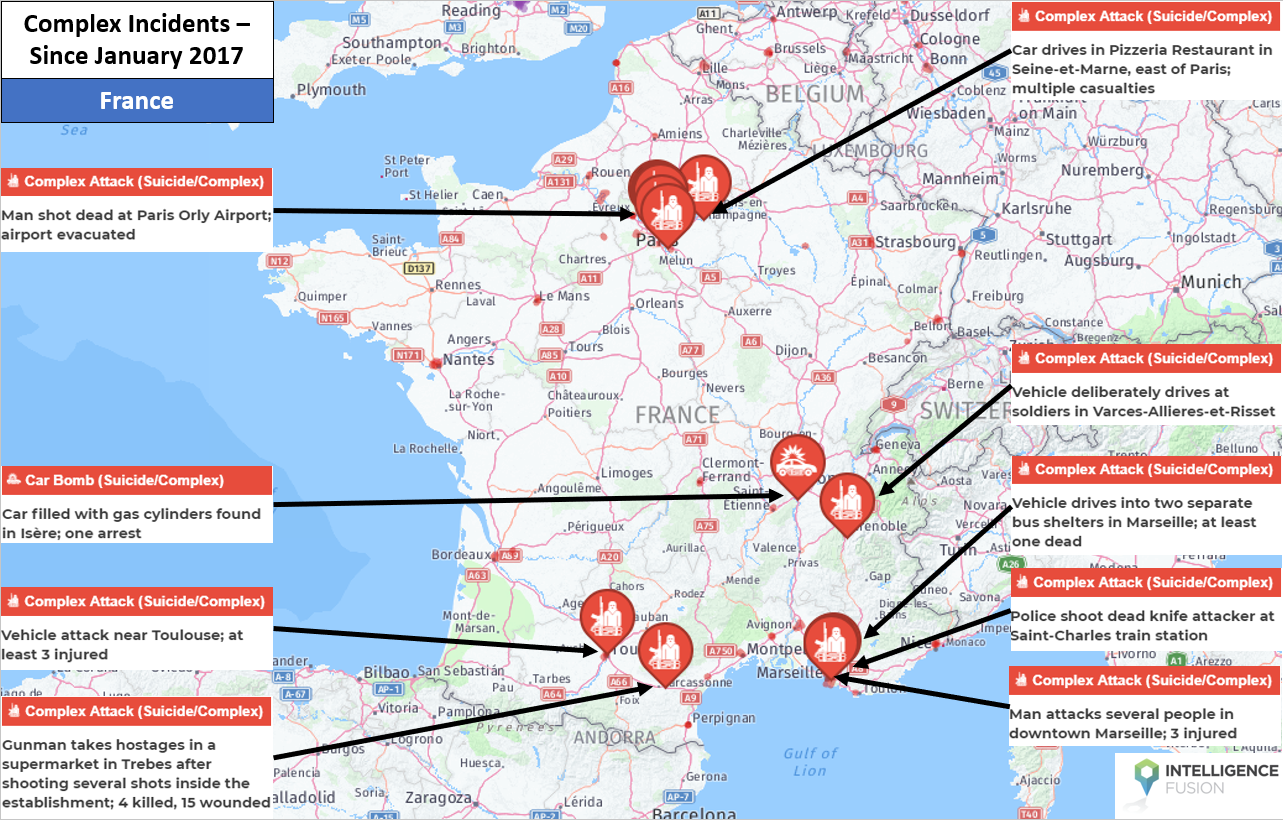