by Chris Hourihan
A Guardian article from June 2016 reported that gang violence was threatening Montenegroâs reputation as a tourist paradise[1]. One year on Montenegroâs organised crime problem has not gone away. It has been estimated that there are 700 documented organised criminals operating within Montenegro. The gangs are not limited to operating within one country but throughout Europe, mostly Serbia and Slovenia. The gangs tend to specialise in cigarette smuggling, narcotics and arms trafficking[2].
During July 2017 there were four recorded gang related incidents including assassination, a drive by shooting and a grenade attack. On the 1st August Milan Pekovic (24) and Bosko Bozovic (22) were killed while assembling an improvised explosive device which was most likely to have been a criminal enterprise rather than a terrorist one. In January there were a series of explosions in Podgorica, Montenegroâs capital which were attributed to gangland rivalry[3].
During 2016 twelve people were killed as a result of gang rivalry in a country with a population of just under 680,000. Montenegro has a murder rate per million people of 35.52 which compares to the UK at 11.68. 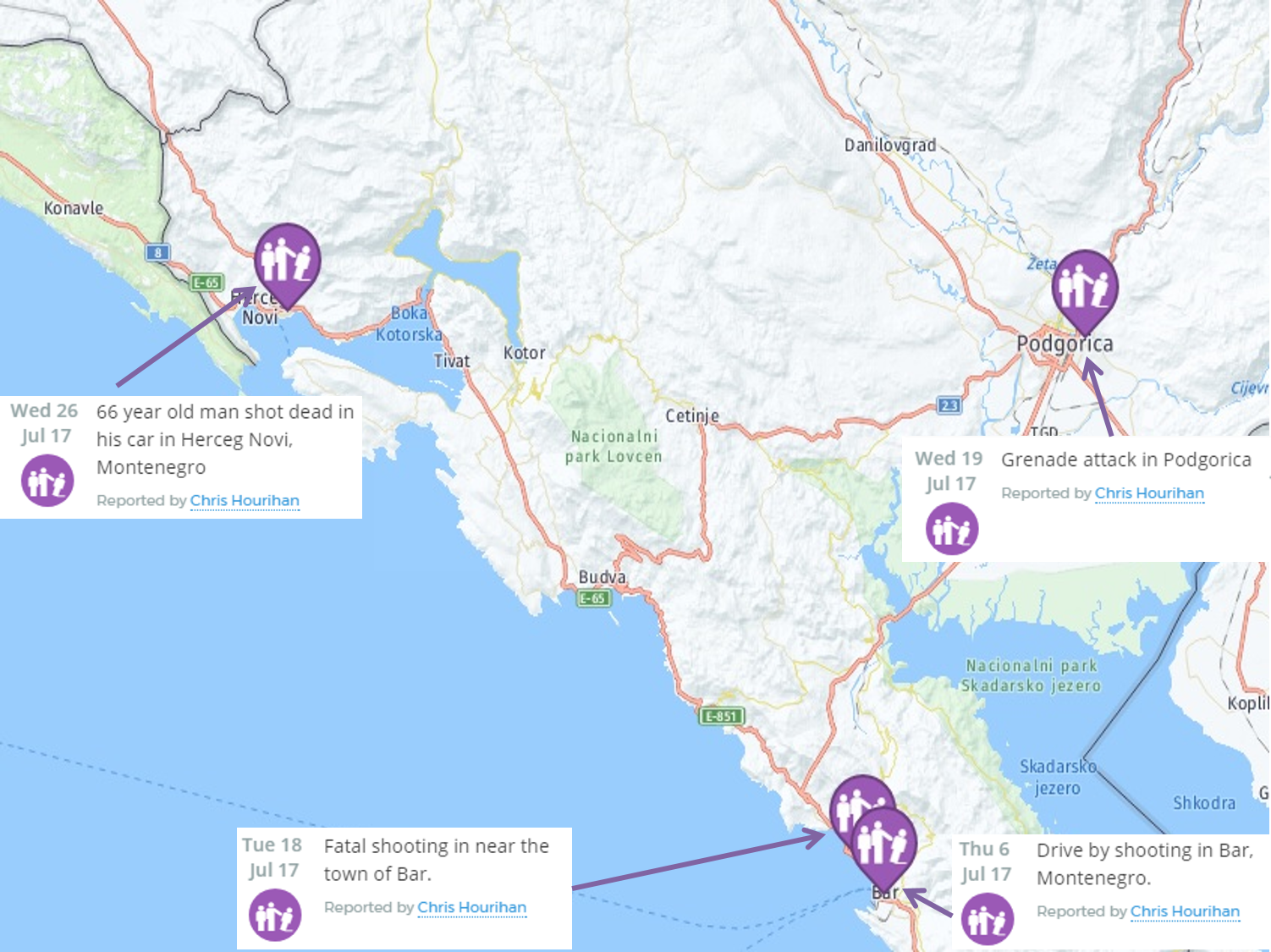