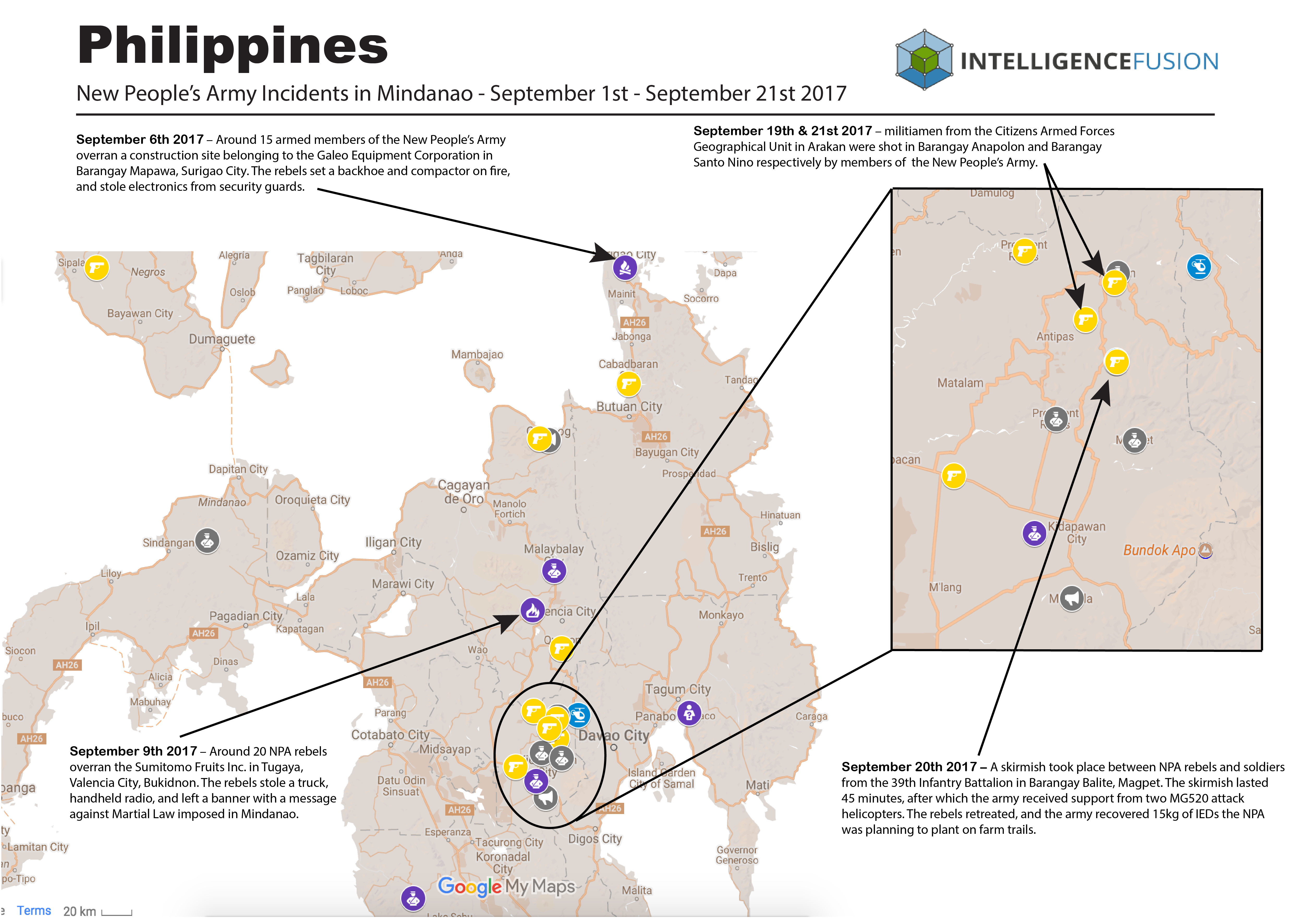 In early September, President Duterte made a statement that for peace talks to resume between the government and the Communist Party of the Philippines and New Peopleâs Army (NPA), the NPA would need to declare a ceasefire. With the activity of the New Peopleâs Army nationwide, it does not seem like a resumption of peace talks will be likely. The beginning of the month has seen thousands of civilians displaced around Kasibu, Nueva Vizcaya in northern Philippines. The area also saw the death of four soldiers as well as one wounded in skirmishes. Elsewhere in the north, nine NPA rebels were killed in a skirmish with the 84th Infantry Battalion in Barangay Burgos, Carranglan, Nueva Ecija on September 20th. Elsewhere, the NPA undertook an attack on the largest solar farm in southeast Asia, owned by Helios Solar Energy Corp on September 14th. The attack near Cadiz City led to 90 solar panels damaged from high powered rifle fire. While several incidents have been recorded in the north and mid Philippines, much of NPA activity remains in the south, on the island of Mindanao. The above infographic showcases the number of incidents related to the NPA in Mindanao. Of importance is the high number of incidents between September 18th and 21st in Cotabato province (circled within the image). The increased activity has led the 39th Infantry Battalion in the area to be on high alert and deploy troops in Arakan, Magpet, and President Roxas towns. There are reports that the army is preparing for an increased number of attacks by the NPA in retaliation for recent government successes in pushing them back. The near future will continue to see military detachments and national and international corporations be targets for the New Peopleâs Army.
Back to Reports & Resources