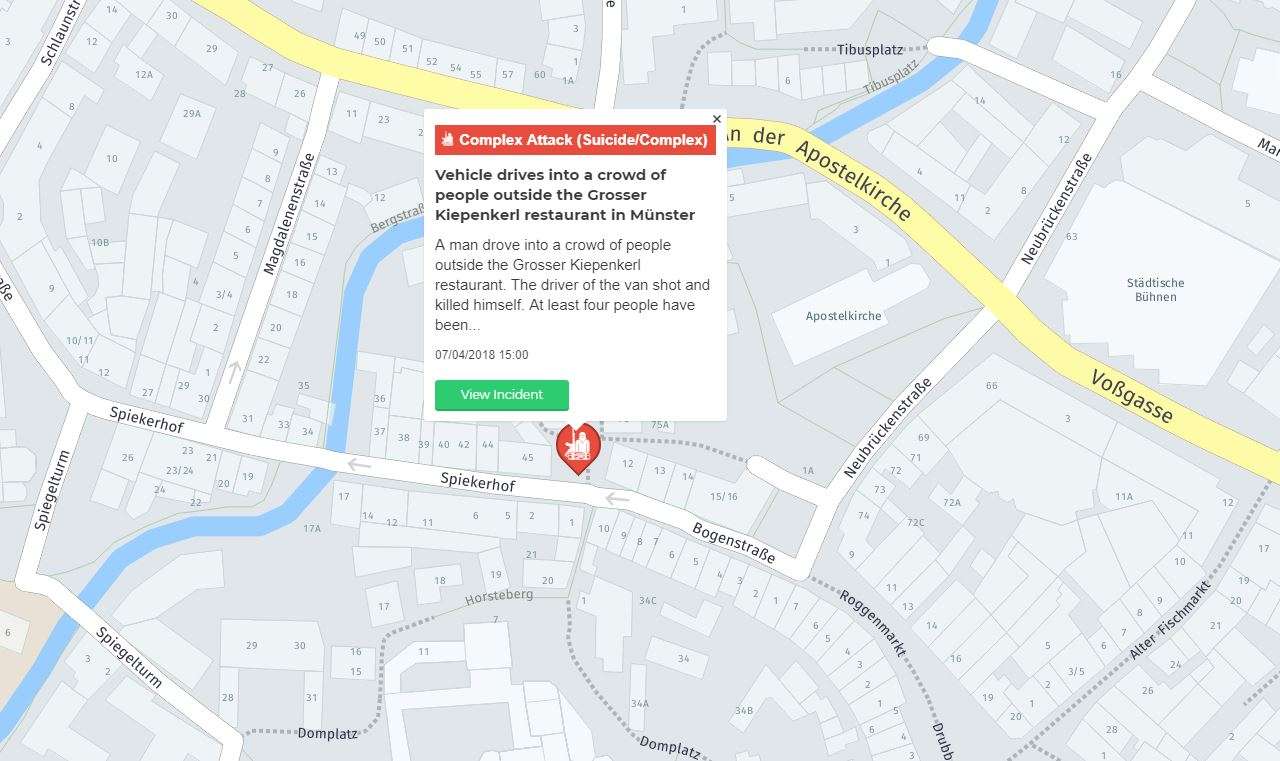 On 7 April 2018, four people were killed and at least 30 were injured after a man drove a grey minivan into a crowd of people outside the Grosser Kiepenkerl restaurant in Münster. Münster’s medieval old town, the location of the attack, is a popular tourist area. The street where the incident took place is also located in the vicinity of several major shopping centres. It is believed that the driver aimed his vehicle at diners sat outside the restaurant. Social media pictures of the incident show tables and chairs scattered outside the location.
Reports suggest that the perpetrator shot and killed himself in the vehicle immediately after carrying out the attack. Police then carried out a controlled detonation of a suspicious object within the van. It is still unclear as of the time of reporting if the object was an explosive device. Police have stated that there are no other suspects or perpetrators involved in the incident.
In the immediate aftermath of the incident, the area was cordoned off and local people were asked to avoid the city centre as police investigated witness reports that other perpetrators might have fled from the van at the scene of the crash. These reports were later dismissed by police.
Initial reports suggest that the perpetrator was allegedly a 48 year old German citizen named Jens R from Olsberg in Sauerland who had psychological health issues and that there is no evidence the attack was terrorist related. The man’s apartment was also subsequently searched by officers after suspicions of explosives were raised. If the incident is not terrorist related as police claim, then it is likely coincidental that the attack was carried out on the one year anniversary of the terrorist attack in Stockholm where a truck was hijacked and driven into a crowd of people at Drottninggatan shopping street. Automobile attacks are a signature method used by ISIS and other terror groups when carrying out terror attacks in Europe and America. The last major vehicle attack in Germany occurred when Tunisian Anis Amri, who had been rejected for asylum, rammed his truck into a Berlin Christmas market on 19 December 2016.
A pro- Kurdish Afrin demonstration was scheduled to take place in central Münster later on Saturday. The protesters planned to rally against the Turkish operation targeting Kurdish militias in northern Syria. Approximately 1,500 protesters were expected to take part. Following the incident, the demonstration was cancelled by the authorities.
Germany has been affected by several high profile acts of violence during the last two years including a number of ISIS or Islamic extremist inspired attacks that nationalist and right wing groups have blamed the Angela Merkel led government’s decision to open Germany’s borders to hundreds of thousands of refugees.
In March 2017 German police stated that there are over 600 Islamist extremists living in the country who could be capable of perpetrating a terrorist attack. Coupled with a growing far right movement, German authorities face increasing challenges and it is likely that similar attacks will continue to occur in the short to medium term. 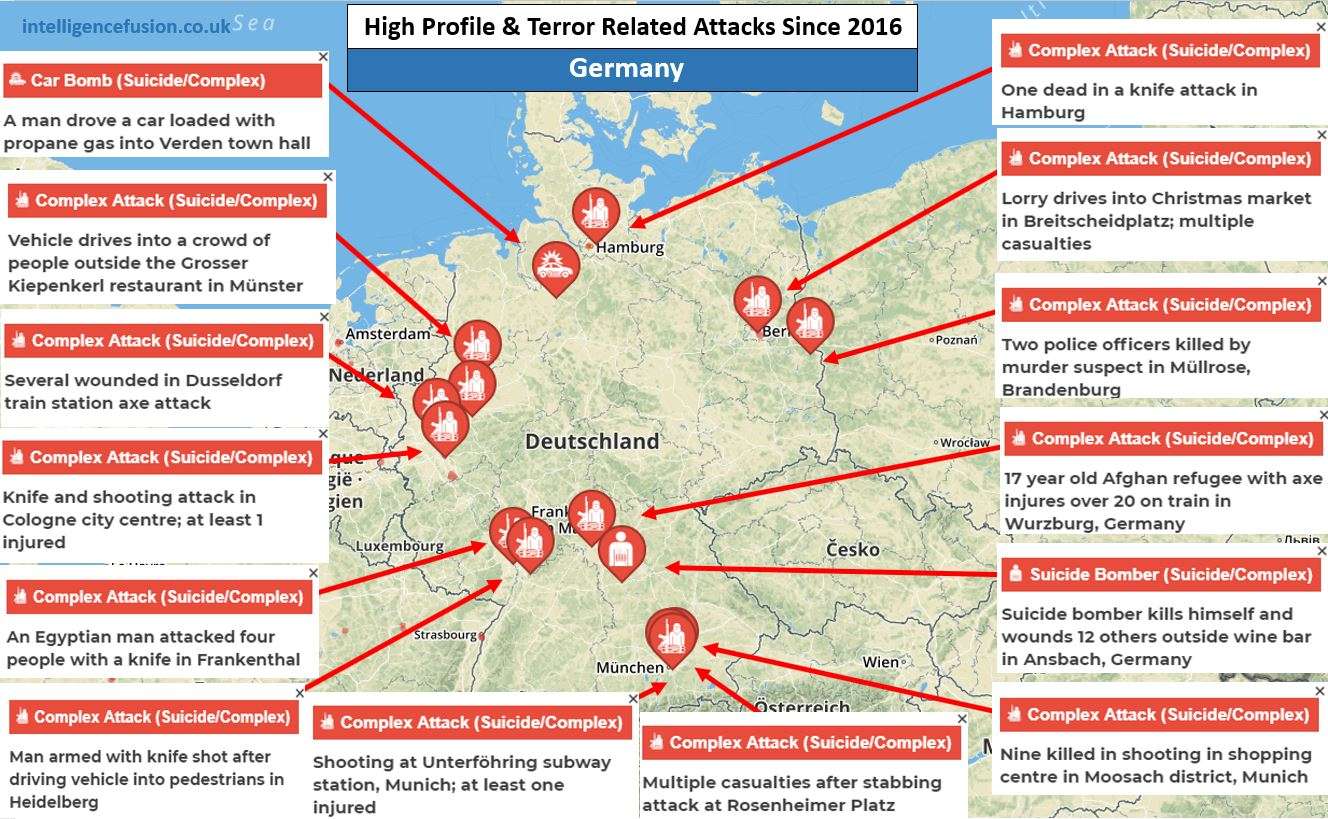