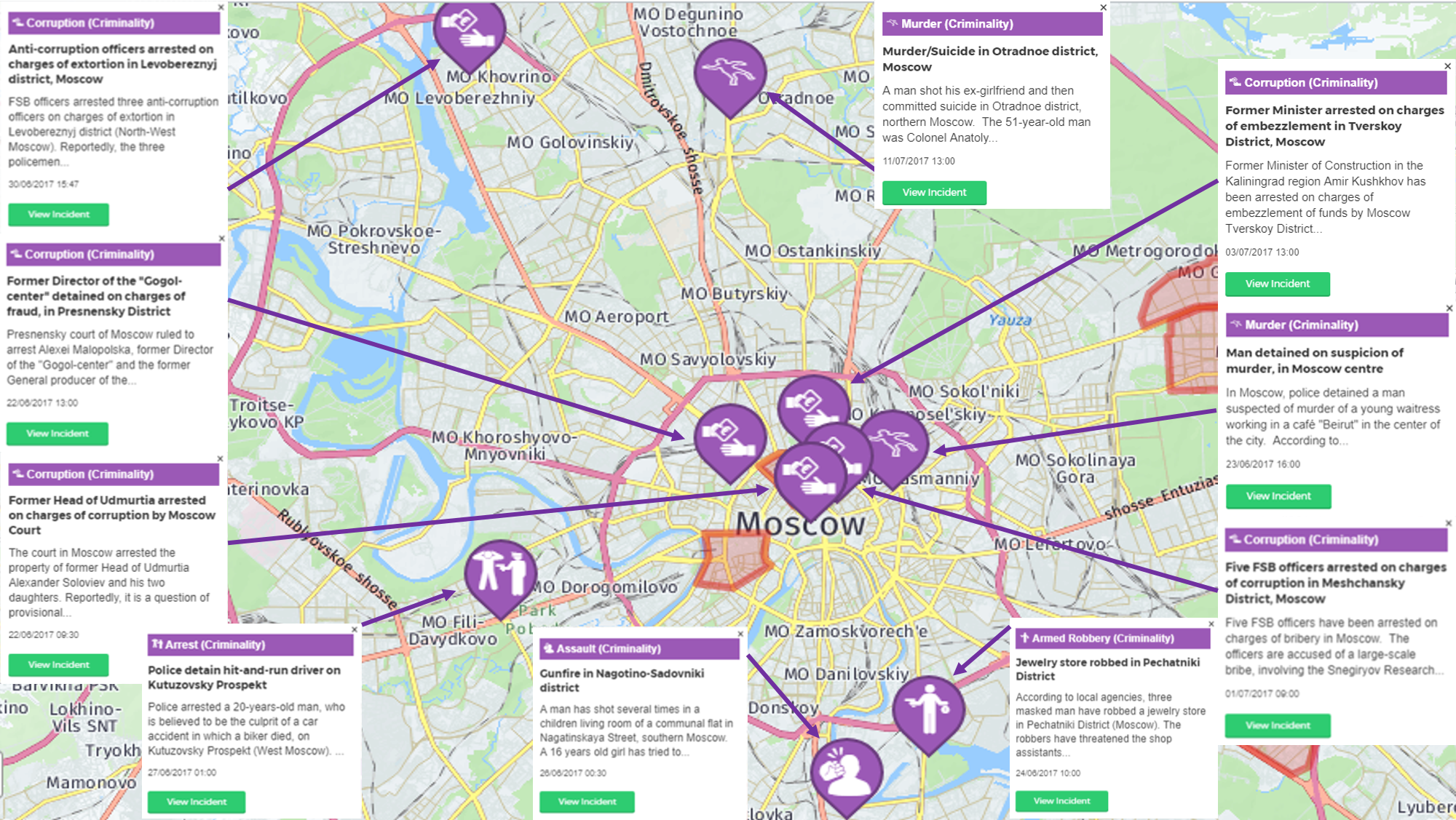 (Click on above image to expand)
There have been reported several cases of corruption in Central Moscow and the Greater Moscow Area, involving former politicians and anti-corruption authorities. Although the wave of arrests has led the Duma to strengthen the anti corruption measures, this reform is unlikely to effectively tackle corruption in the short/medium term. Other crimes include armed robberies, domestic violence and murders, which are often the result of the attackersâ alcohol poisoning.
Moscow Hazards – Last 50 Days 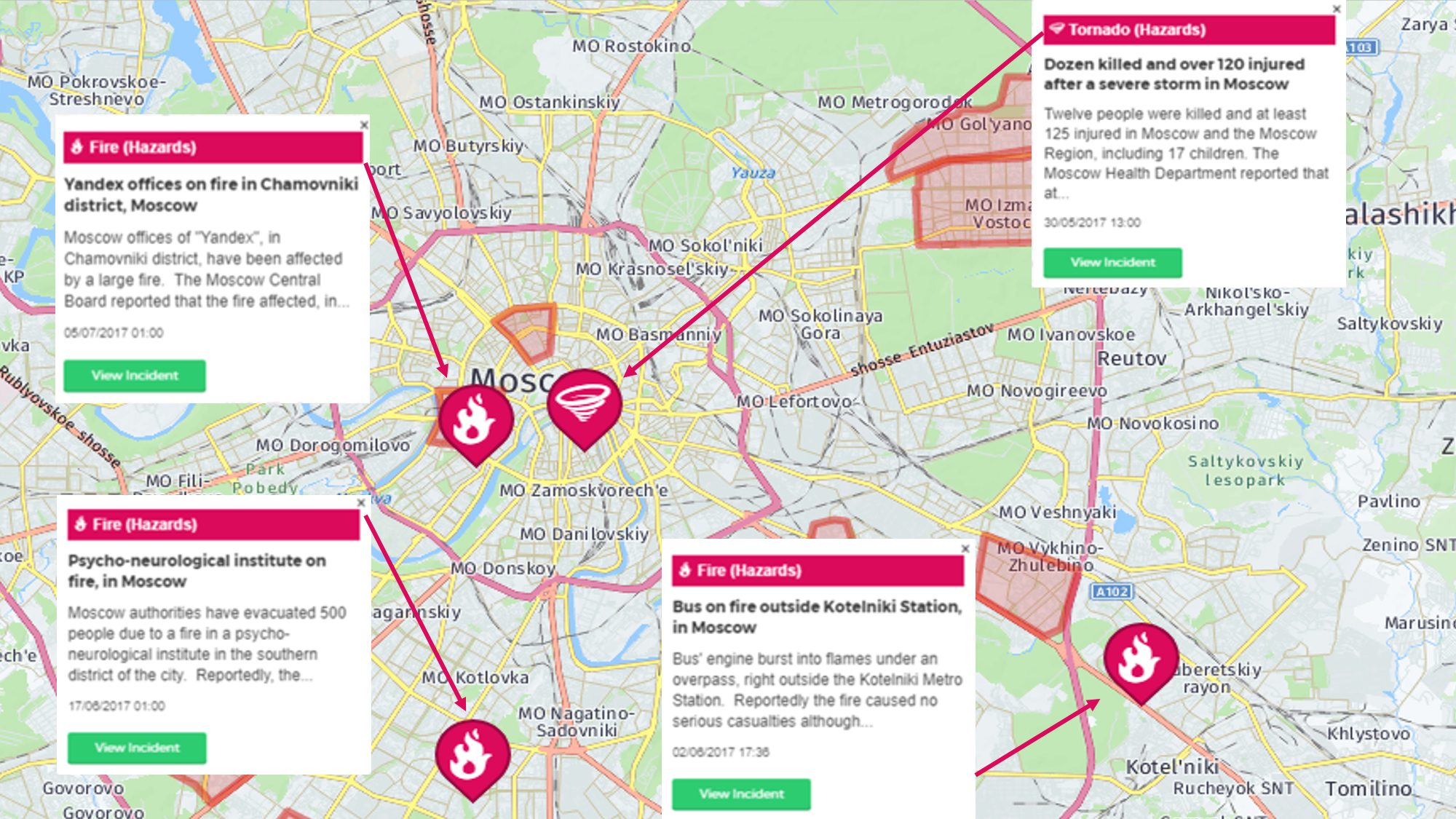 (Click on above image to expand)
Moscow was affected by medium-scale storms, which caused the death of dozens and significant flight delays throughout the major cityâs airports. Reportedly, these storms are likely to reoccur in the next few weeks causing further delays. There have also been recorded fires, which however caused minor damages to the public transportation.
Moscow Protests – Last 50 Days 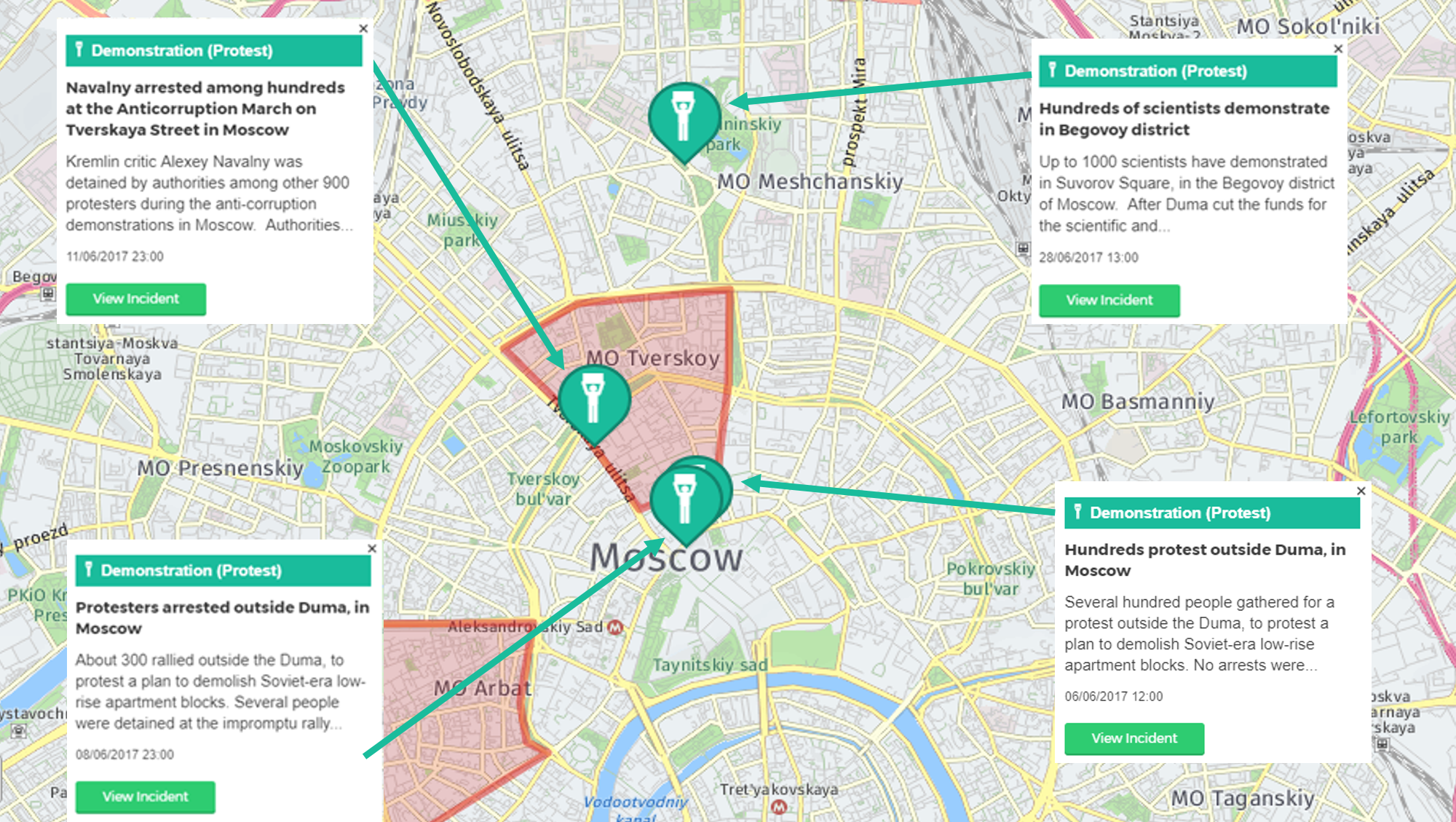 (Click on above image to expand)
A large demonstration led by the opposition leader Alexei Navalny marched through the capital to denounce the corruption in the government; as a result of the clashes with the police, hundreds were arrested, including Navalny. There have been other protests in the capitalâs centre, which were however peaceful and caused minor difficulties. As 2018 elections loom, Navalny and the opposition are likely to organise new demonstrations in the capital.
St Petersburg Incidents – Last 50 Days 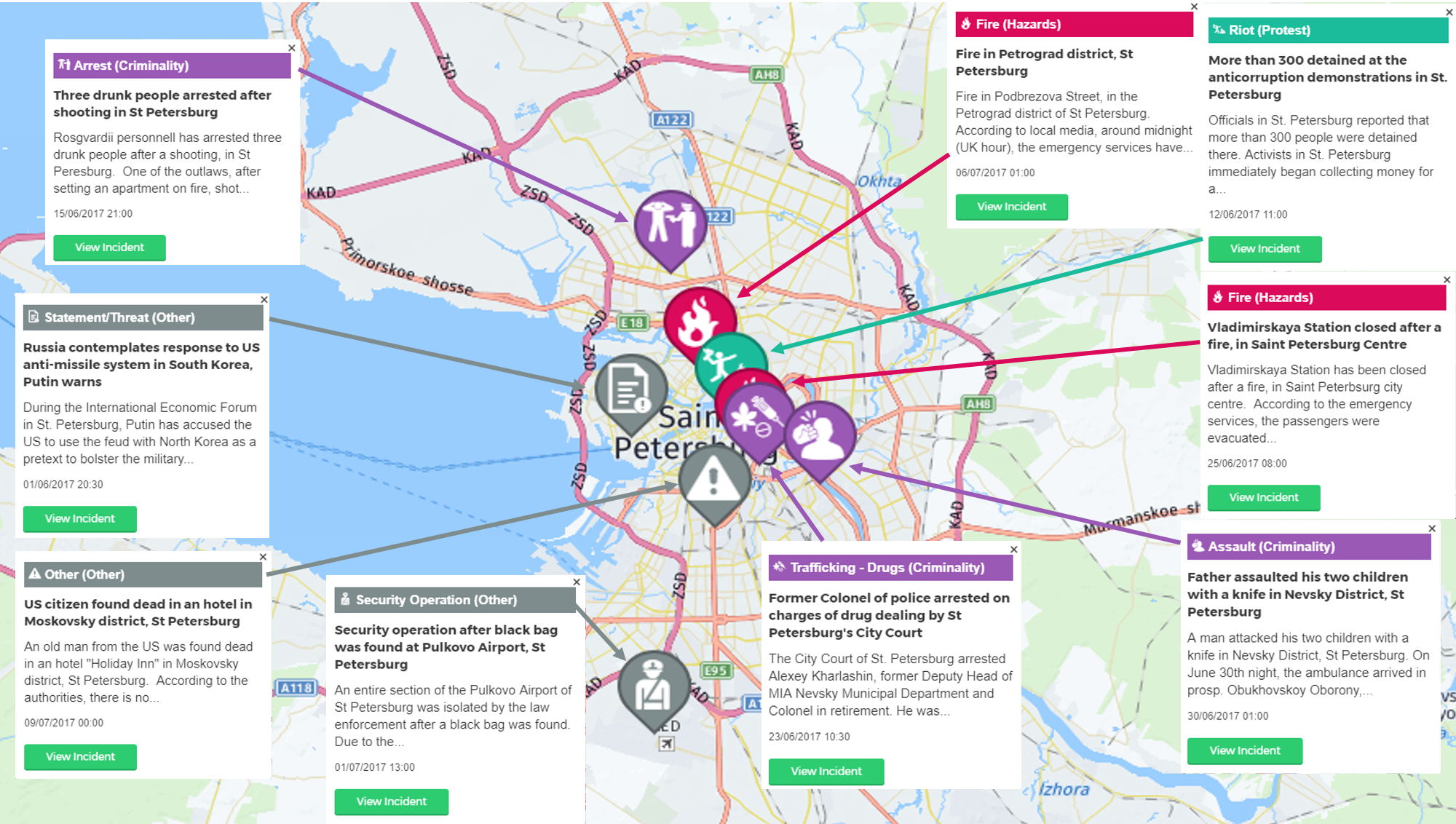 There have been arrests for assault in the city centre, detention for shooting in the northern district (mainly caused by drunk attackers) and police operations against a drug dealing market led by a former Colonel of Police. Among the minor incidents, there have been a couple of fires in the city centre, which caused delays to the public transportation, and a security operation in the Pulkovo Airport after an unidentified black bag was found. In June, St. Petersburg was concerned by the wave of demonstrations promoted by Alexei Navalny, during which hundreds were arrested. As the 2018 elections loom, Navalny is likely to organise new demonstrations against the government in the next few months, which are highly likely to disturb the public order. Moreover, the small-scale criminality is likely to continue affecting St. Petersburg.
Back to Reports & Resources