A gunman reportedly shot and killed two police officers at the Cafe des Augustins on Boulevard d’Avroy in Liege, Belgium. Graphic video on social media shows the corpses of the dead officers at the entrance to the cafe. A local prosecutor told a news conference that the man attacked the two officers from behind with a knife before taking one of their guns and shooting them dead. The gunman was alleged to have shouted “Allahu Akbar” during the incident.

The gunman then fled and entered the nearby Waha High School taking a member of staff hostage. During this time another person, a passerby in a vehicle, was also reported to have been shot dead by the gunman. Students at Waha High School were confined on the fourth floor of the school or evacuated to the Botanical Garden whilst counter terror PAB police surrounded the suspect and hostage at the scene. Police then shot and killed him when he resisted arrest. The suspect fired approximately 20 bullets during the incident. Another two people were also reportedly injured. A security perimeter was put in place during the incident and local bus routes diverted. All of the students at the high school are said to be safe and under police protection. The whole incident lasted approximately one hour. 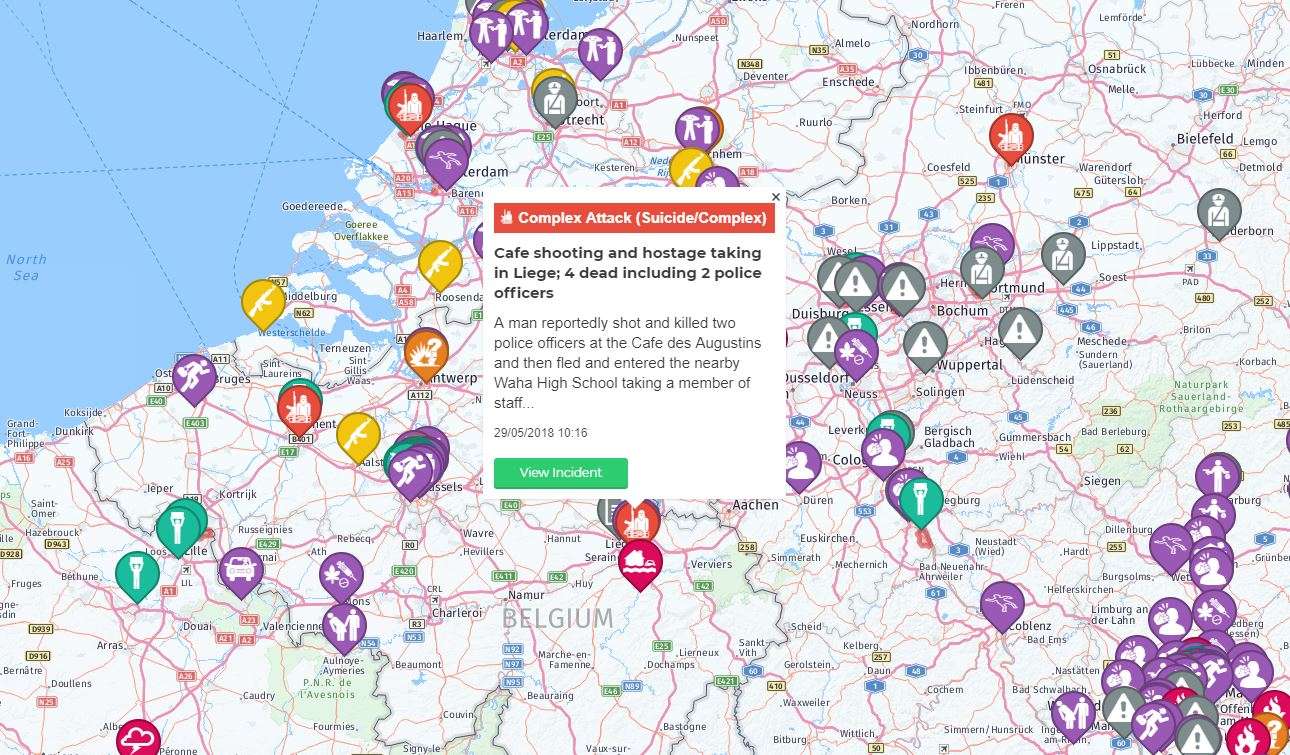 Police suspect the incident may be terror related. Local media also reports that the suspect has been initially identified as Benjamin Herman, 36, a man who was only released from Lantin Prison in Juprelle the day before the incident on 28 May. Reports suggest that the suspect, who was imprisoned for drug offences, was radicalised in the prison system. Belgium’s terrorist threat levels are not yet being raised in response to the incident. Belgium has witnessed several high profile terror related attacks in recent years. 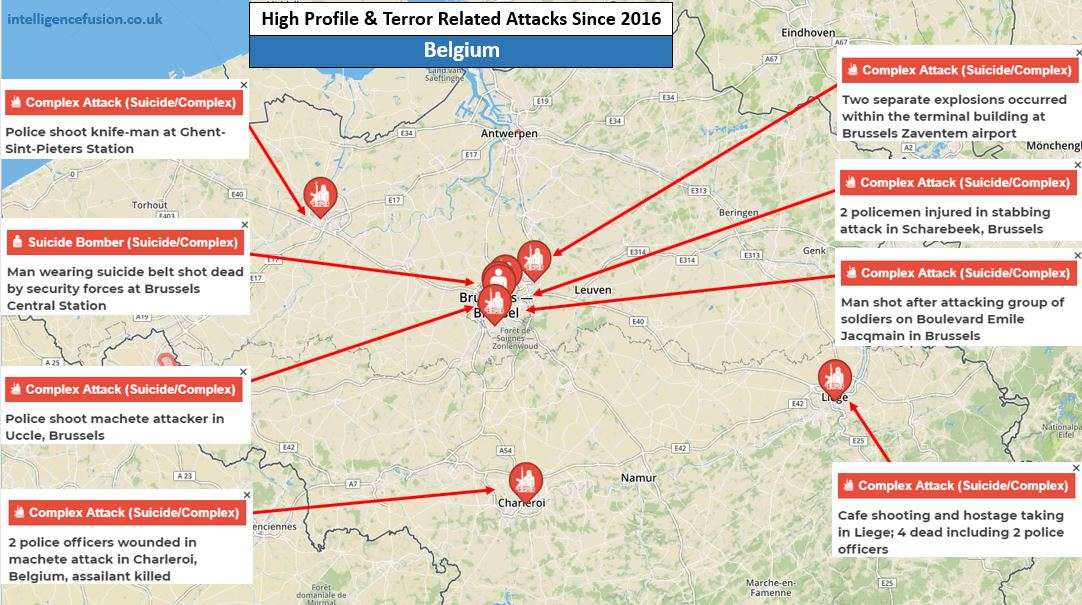 Full details of the above incidents are available to subscribers as well numerous related incidents within Belgium such as security operations, arrests and other incidents.