Has China’s Silk Road hit a roadblock in Baluchistan?

Chinaâs Belt and Road project is an ambitious $900 million infrastructure project involving 28 countries. It has been called the âproject of the centuryâ by its supporters and âlittle more than a colonial enterpriseâ by its critics, most notably the Indian government. Its first stage is the China -Pakistan Economic Corridor (CPEC) with the deep sea port of Gwadar in Baluchistan as its linchpin. Baluchistan is notoriously under developed but the Pakistani government claims CPEC will bring long overdue prosperity to this poverty stricken pocket of Pakistan. However CPEC opponents claim the project will have minimal benefits for the local population. Moreover, the CPEC seems to be exacerbating an already delicate security situation in the province as Chinese companies provide attractive targets for Islamic militants operating in the area.
Following the kidnapping and execution of two Chinese citizens in Baluchistanâs capital Quetta last month by Islamic State (IS), it seems that both China and Pakistan underestimated the impact that insecurity and the threat of terrorism will have on the CPEC. Faced with local opposition and a deteriorating security situation, will Chinaâs plan to develop a new silk road grind to a halt in Baluchistan?
âA Golden Age of Globalisationâ 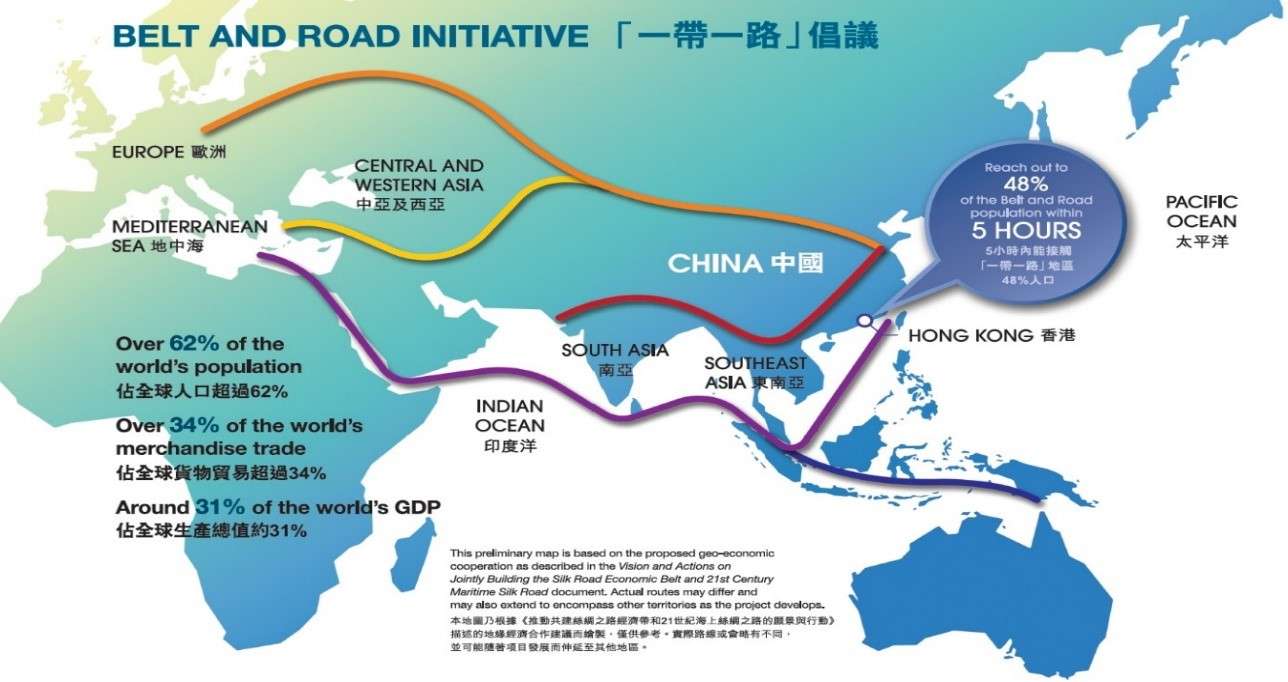 Based on the ancient Silk Road trading routes, the Belt and Road is the signature foreign policy initiative of Chinese President Xi Jinping. The idea was first introduced in 2013; the term âBelt and Roadâ refers to both a land based economic corridor and a maritime route linking Asia to the Middle East, Africa and Europe. According to the projects official website, the routes will ultimately cover more than 60 countries and account for some 30 per cent of global GDP as well as more than 35 per cent of the world’s merchandise trade. One of the projects aims is to contribute 80 per cent of global GDP growth by 2050 and advance some three billion people into the middle class.
The CPEC is the first major stage of this initiative and comprises a network of roads, railways and energy projects linking Chinaâs Xinjiang Uyghur province with Baluchistan in southwestern Pakistan, providing China with a land route to the Arabian Sea. Though the CPEC will touch virtually every corner of Pakistan in one way or another, Baluchistan is vital to the projectâs success. Its port Gwadar increases Chinese access to export markets and also provides China with a land route to Arab Gulf oil supply.
There are two major issues which could hamper the CPECâs progress in Baluchistan however; local resistance to the project and an insecure operating environment.
Baluchistan: Pakistanâs restive province
Often described as ârestive,â Baluchistan is home to approximately 13 million people- 70% of whom live in poverty. Although the province is rich in natural resources including gas, oil, coal and copper, it remains the least developed province in Pakistan. 1.8 million children in the province do not attend school and literacy levels are shockingly low- 38% of men in Baluchistan can read and just 13% of women. The maternal death rate is perhaps the most glaring example of the inequality facing Baluchistan compared to the rest of Pakistan; 785 out of every 100,000 mothers die giving birth in Baluchistan compared to 272 in the rest of Pakistan.
Pakistani officials claim the CPEC will serve to compensate for this previous under-development; government representatives have consistently repeated the line âa new and developed Baluchistan means a new Pakistan,â Studies by government linked think tanks have found that the CPEC will address the âvarious economic and social problems of Baluchistan,â How it plans to do so however has not been made clear.
In fact, the idea that the CPEC will somehow transform the provinces fortunes seems misguided; the majority of the profits and benefits from CPEC projects remain in the hands of the Chinese state or Chinese companies- in fact, China has leased the entire Gwadar port from Pakistan for forty years. Aside from PR spin, there is no indication that there will be any investment in developing Baluchistan, beyond the immediate concerns of the CPEC. 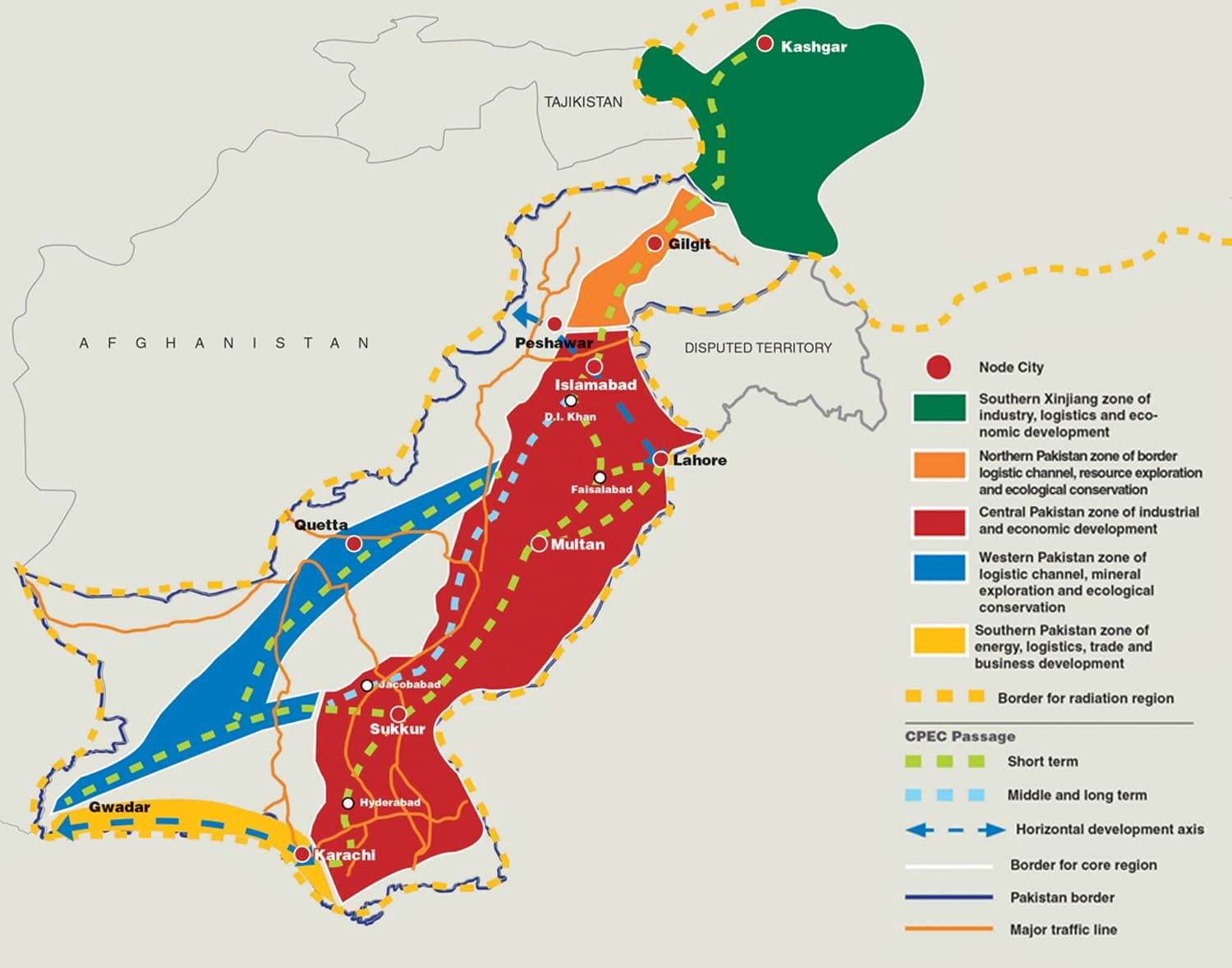 The current plan for Gwadar includes developing the deep water port, building expressways connecting it to other major cities in Pakistan and into China and the development of economic free zones surrounding the port. These plans completely bypass any investment in infrastructure or development for ordinary citizens in Baluchistan. The CPEC will allow for the increased movement of goods from China and other parts of Pakistan to the port for onward movement to the Middle East and Europe. As it stands, its benefit to Baluchistan is questionable.
So far in fact, the greatest benefit seems to be for Chinese construction companies operating the projects and private security firms hired to protect them- including Academi, a revived incarnation of private security company Blackwater. Academi recently opened an outpost in China and is understood to have gained a number of contracts relating to the CPEC.
Without any benefit to the local population, there is little support for the project in Baluchistan. This local discontent only adds to the risk of insecurity in the province.
Insurgency & instability: Security in Baluchistan 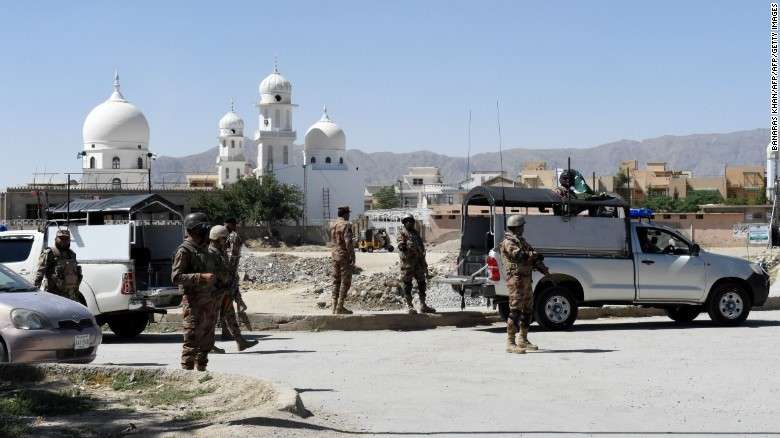 Soldiers at the scene where two Chinese nationals were kidnapped in Quetta.
The primary obstacle facing the CPEC is growing insecurity in Baluchistan.
Though the Pakistani government may have welcomed the CPEC project, the Pakistani State has only a tenuous grip on authority in Baluchistan. A Baluch separatist insurgency has been raging since 1962, the latest bout of which has been ongoing since 2005. Incidents and attacks involving Baluch separatists have spiked in the last two years. The attacks have increasingly begun to target energy and infrastructure projects. Aside from long running separatist groups, there are also Islamic extremist groups active in the region, including the Taliban and Islamic State.
Pakistan promised increased security operations in Baluchistan to safeguard Chinese workers and the CPEC project itself. However this promise could be described as ambitious at best, given the frequency of attacks in the province. Just three separate incidents in the latter part of 2016 killed more than 190 people. The attacks have continued this year, most notably with a suicide bombing attack on the convoy of a Pakistani politician, which killed 25 people.
It may seem difficult to imagine how such a wide ranging infrastructure project can be constructed under such fragile security conditions, even with private security. This was brutally illustrated last week when reports emerged that two young Chinese nationals, kidnapped in Quetta last month, had been executed by the so-called Islamic State (IS). The Chinese duo had been working as teachers and were also said to be learning Urdu. They were just two of a number of Chinese nationals recently settling in Quetta as the construction of CPEC project gets underway.
Officials from Pakistan immediately moved to distance themselves and their security apparatus from blame; there were claims the two victims had been working as âpreachersâ- though no evidence was provided to support this. The Chinese foreign ministry reacted by issuing a statement urging its citizens abroad to respect local cultures and customs. A later statement by Pakistani officials also claimed the victims were offered security but declined.
The future of the CPEC: Boom or bust?
There is no doubt that that the CPEC will provide some sort of economic benefit for Pakistan- however it remains unclear to what degree and who exactly will benefit from this boom. Earlier this month, a report by Pakistani newspaper Dawn revealed previously unknown details about the CPEC including plans for 24 hour street surveillance in cities such as Karachi with the data mined being monitored and evaluated in China; and increased fibre optic capabilities aimed not only at increasing broadband capacity but also allowing for the transmission of Chinese digital TV across Pakistan. Documents seen by Dawn describe this as a âcultural transmission corridor,â disseminating Chinese culture in Pakistan.
Estimates that the project will provide 700,000 direct jobs in Pakistan again do not clarify how many of these jobs will be for locals as opposed to Chinese employees of the companies spearheading the project. Although there will certainly be some economic benefits for Pakistan, the reality is likely to be far less than the amount promised by politicians.
Instead of bringing prosperity to the region, the increased Chinese presence in Baluchistan may in fact lead to a deteriorating security situation in the province. CPEC projects provide attractive, high profile targets for the variety of militant organisations present in the province. Pakistani officials are aware of the risk posed; architects had originally designed the CPEC highway to cut through 3,000 miles of Baluchistan. After security concerns were raised however, it was rerouted through Punjab.
For now, the CPEC continues but with such a fragile security situation, it remains to be seen if Chinaâs strategy for economic expansion will go to plan in Baluchistan.
Report written by Louise Hogan
Back to Reports & Resources