– In May most security incidents recorded in the Caribbean were criminally-related. Murders lead the list (24% of the total), followed by armed robberies (11%) and shootings (10%). The nature of the incidents makes them an ever-present threat for both local residents and tourists.

– The month also experienced a sharp increase in the number of assaults recorded (9% of the total), especially in the Bahamas, Cayman Islands and the Dominican Republic.

– Trinidad and Tobago reported the majority of the incidents (17%), followed by the Dominican Republic and Puerto Rico (12% each).

– Although for the first time Guyana reported a relevant decrease in its overall security threats, murders and gang-related incidents in the country increased. This trend poses a new challenge to international companies interested in the country’s expanding mining and oil-extraction fields.

– On the 24th of May, Barbados held parliamentary elections in which the Barbados Labour Party (BPL) won all the 30 seats in the Parliament. BLP leader Mia M. Mottley became the first female Prime Minister of the country.

– On the 28th of May – due to heavy rainfalls – the wastewater containers of the Cienfuegos oil refinery in Cuba broke down, allegedly leaking over 12,000 cubic meters of contaminated liquid into the Bay of Cienfuegos.

Criminality incidents in Trinidad and Tobago – mostly located in the urban centres along the Western Coast of the Trinidad island – continues being the most relevant security threat in the country. During May, reports were dominated by murders (36%), armed robberies (29%) – in sharp increase from April – and street shootings (13%). Although there have been no specific reports of tourists involved in the incidents, extreme care should be exercised by foreigners travelling in the area. 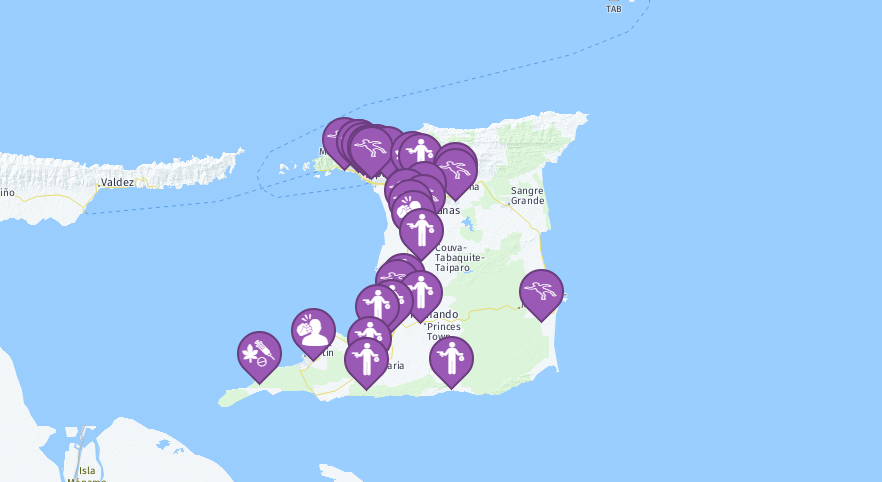 On the 1st of May, local authorities seized a load of narcotics and unregistered firearms on a boat docked on the South-Western shores of the island. The proximity of Venezuela – and the involvement of a Venezuelan illegal migrant in the incident – suggest the presence of a smuggling route of illegal goods between Trinidad and Tobago and its neighbour.

For the first time since the beginning of the year, the Dominican Republic outnumbered other major countries in the region following a relevant increase in security reports. Murders (27%) and different criminal offences such as assaults (10%) and armed robberies (6%) lead the list. To address this new wave of criminality, Dominican authorities strengthened their position by increasing their efforts against local criminals and narcotraffickers. The strategy however did not uniformly meet the approval of the population. On the 22nd of May residents of the Cristo Rey district in Santo Domingo took the streets to protest abuses of power by the police forces. 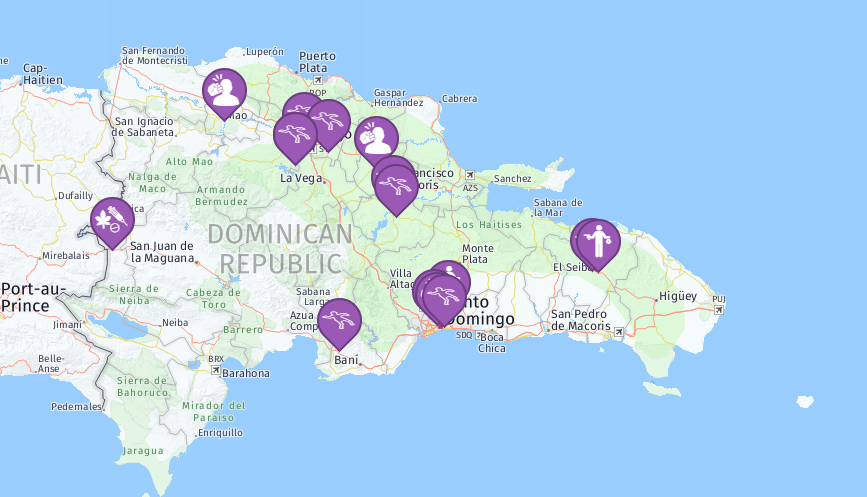 Concurrently, the widespread presence of Haitian immigrants in the country continues to challenge its social stability. Although numerous operations in May targeted undocumented foreigners – leading to the arrest of around 500 migrants – the situation remains tense. On the 3rd of May, unidentified Dominicans in Jamao set on fire the private residence of a Haitian family.

A further relevant incident regarded the confiscation of an international shipment of unregistered firearms. Customs agents seized a number of heavy weapons that arrived in the port of Santo Domingo from the United States. The incident offers the possibility for local authorities to better understand weapons smuggling routes in the region. Addressing the challenge of firearms import would have a positive impact in curbing criminality and improve the security landscape of the country.

During the analysed month, Guyana continued to maintain a relevant profile regarding criminal incidents. Spread along the urban regions of the country’s coast – from the capital Georgetown to New Amsterdam further south – the area presented a high number of murders (37%), armed robberies (13%) and drug trafficking events (8%). Additionally, two new trends emerged during the month: pirate attacks in the Atlantic and assaults by Venezuelan criminal gangs. 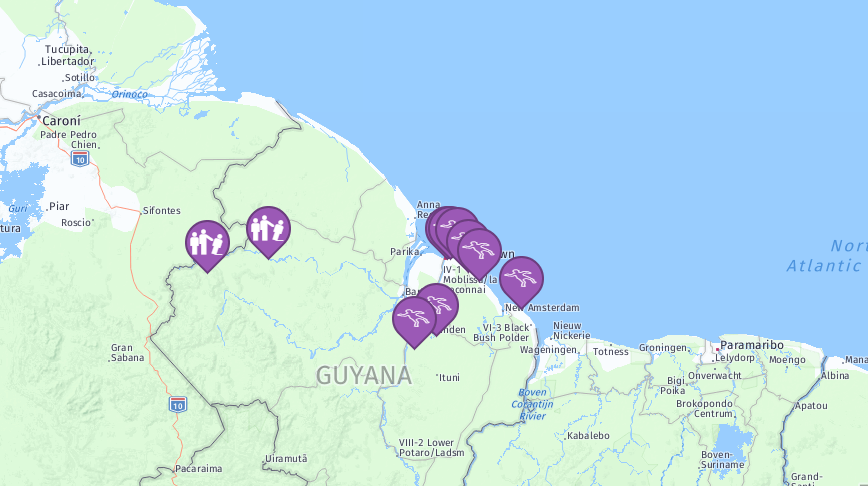 As for the piracy issue, an ongoing territorial dispute between Guyanese and Surinamese fishermen lead to a series of brutal high-seas attacks. Following boarding incidents during April, in May at least two new vessels were assaulted, leading to the proved death of one man. Both the Surinamese and the Guyanese authorities have been cooperating to address the challenge by strengthening the Coast Guard’s controls and carrying out extensive investigations into the incidents.

The second issue regards criminal assaults against different mining camps at the border with Venezuela and the death of a manager of the Guyana Goldfield company. Since the beginning of the month, at least two different mining sites were attacked by trained and well-armed men, allegedly belonging to Venezuelan criminal gangs operating across the border. The enhanced activity of such paramilitary groups – pushed by economic instability in Venezuela and advantaged by the porosity of the border – constitutes a relevant threat for the growing mining sector in the country. Concurrently, the murder in his Georgetown residence of a Guyana Goldfield Canadian manager highlights the need for enhanced security measures to address the threats that foreign personnel does face in the country.

May registered a relevant erosion of the security landscape in the Bahamas. The country experienced an intense wave of criminal-related events, among which were physical and sexual assaults (32%), armed robberies (26%) and murders (21%). The capital Nassau was the most severely affected, particularly in the central districts of Trade Winds and Baillou Hill Dale. 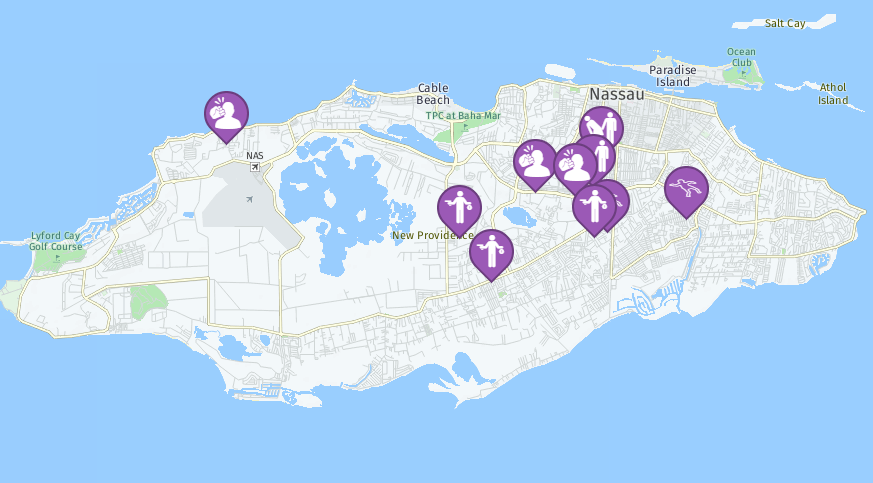 Since the beginning of the year, the Bahamas have witnessed a slow but steady increase of security events. Local authorities should keep monitoring and address these trends to avoid a further exacerbating of the security conditions in the upcoming months.

Together with criminality, in May the Caribbean also experienced a number of relevant incidents of different natures. These regarded multiple shootings in Puerto Rico; a widespread issue with illegal migrations and human trafficking; and the approaching of hurricane season, whose storms already hit the island of Cuba in the past weeks. Street shootings in the region are mostly caused by armed confrontations between local criminal gangs, but they often impact residents’ lives causing multiple injuries and occasional deaths. Although the problem is evenly spread among the area, Puerto Rico stood out with a net increase in incidents compared to the previous month. Mostly spread in the outskirts of the capital San Juan and in other minor urban centres across the state, street shootings in May caused ten injured and one dead. 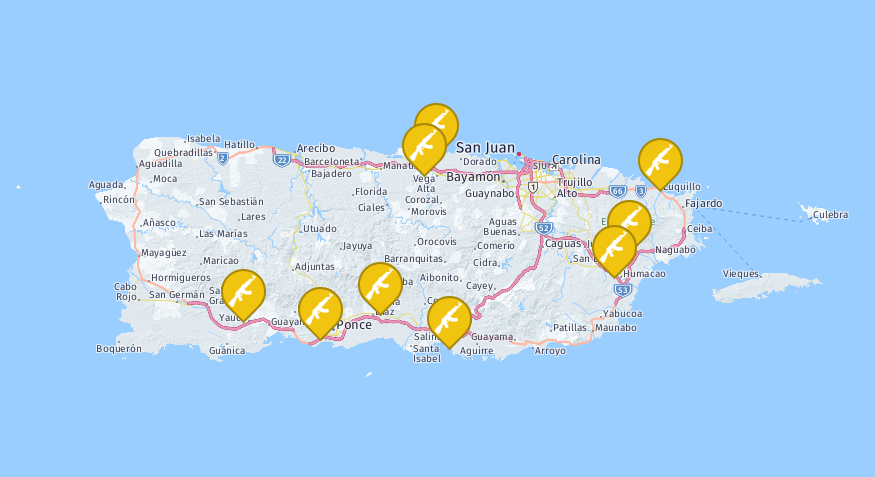 Illegal migrations and human trafficking are additional issues extremely common in the archipelago, affecting equally major countries such as the Dominican Republic, and minor islands like the Cayman and the Turks and Caicos. As outlined in the past report, the end of the dry season coincided with an increase of trafficking events, with a higher number of people trying to migrate by sea before hurricanes gain strengths. 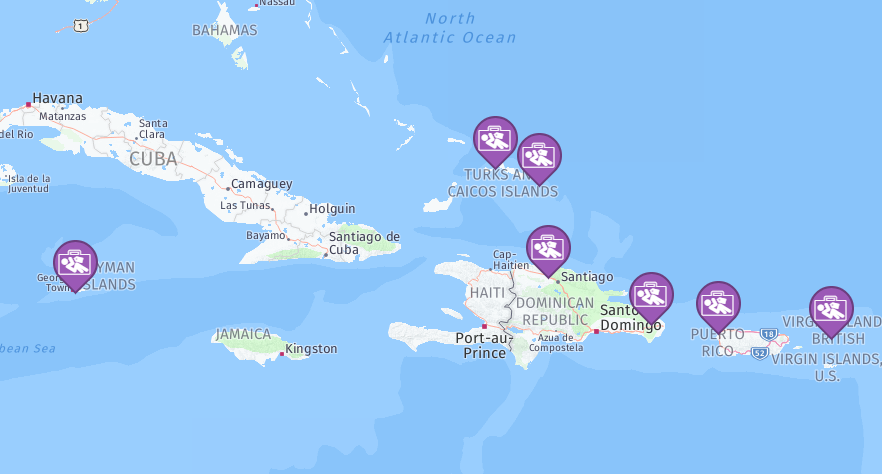 The changing weather conditions also had their first impact on Cuba. The new hurricane – named Alberto – caused heavy rains on the island, temporarily displacing approximately 5,000 people and affecting 2,000 more. Floods have been widespread and have partially disrupted tobacco production. Additionally, heavy rains imposed the temporary shut down of the Cienfuegos oil refinery, whose damaged wastewater containers leaked over 12,000 cubic meters of contaminated liquids in the Cienfuegos Bay. 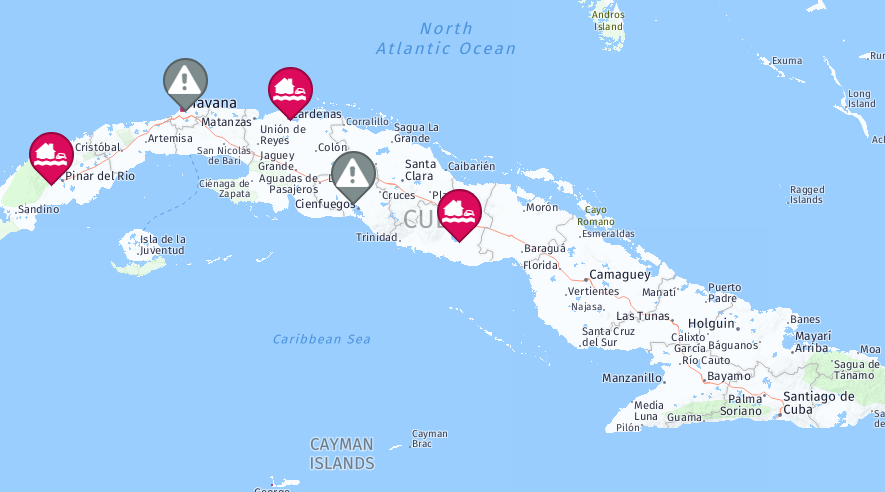 In June it is likely that the trends outlined in the report will continue. Internal challenges such as Puerto Rico’s street shootings and the Bahamas increased criminality may exacerbate if local authorities do not develop comprehensive tactics to address them. Additionally, Jamaica – which reported a lower number of incidents than the previous months – may experience a new wave of criminality as the state of emergency in the Saint James Parish comes to an end. Transnational issues will also continue to play a major role in the security landscape of the area. Although migrations are likely to decrease in the upcoming weeks, it is still possible that a few traffickers will try to take advantage of the last days of the dry season to mobilize migrants. Concurrently, transnational attacks of criminal gangs are likely to constitute a threat both in Atlantic waters – with possible retaliations among fishermen for the last piracy attack – and in Guyana – with mining companies close the border with Venezuela continuing to be tempting targets.

Finally, the approaching of storm Alberto in the upcoming hurricane season is likely to increase the number of floods and landslides across the Caribbean, impairing local economies and damaging the already fragile infrastructures of the most vulnerable countries.