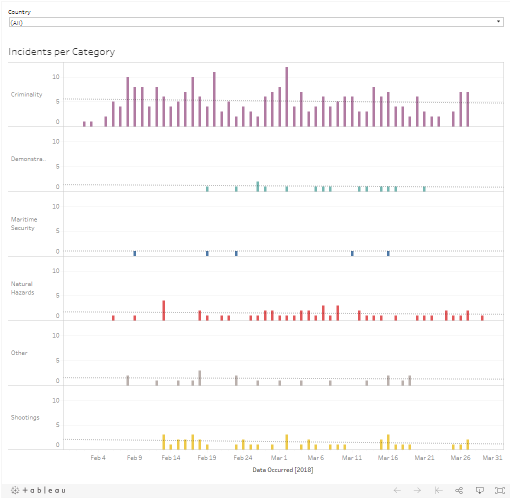 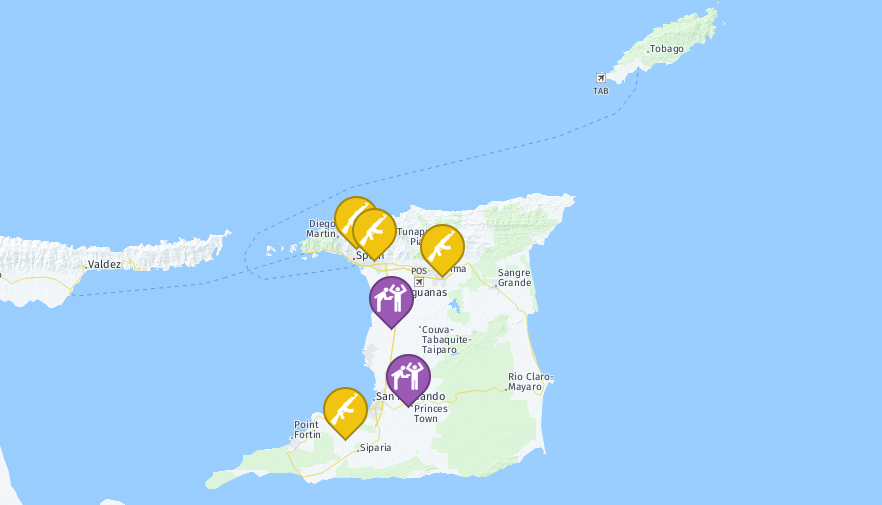 The security landscape in Trinidad and Tobago has been substantially unchanged from the previous month. The islands still lead the region for the number of reported incidents, mostly related to their high levels of criminality. Compared to February however, trends in three specific areas should be highlighted: murders, shootings and kidnappings. In March, the number of murders in the country slightly decreased, passing from 18 to 11. Nevertheless, this trend should not be interpreted as an improvement of security conditions, but rather has a normal variance in the data. Concurrently, however, the number of reported shootings has increased significantly, especially in the Northern part of the Trinidad island. A possible explanation lays in the ease of security measures – temporarily enhanced during the Carnival period to prevent possible terrorist attacks – which consequently lead to renewed criminal activities by local gangs. Finally, the country has reported two kidnappings in the proximity of Couva and San Fernando, both located in the central province of Trinidad. Although in both cases the victims escaped their assailants – underlying the poor capabilities of the kidnappers – this trend is a new development in the country’s criminal activities. 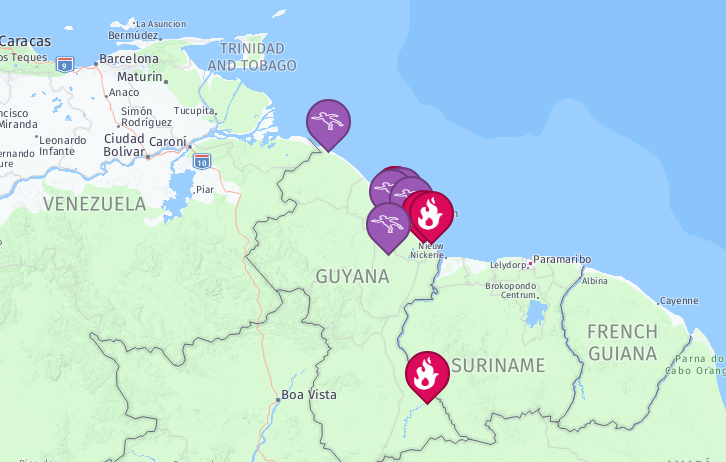 While in February security incidents in Guyana were limited, in March there has been a sharp increase of reports, especially due to fires and murders. As outlined in the previous report, fires region-wide are a relevant security concern, as they threaten the safety of families in the residential areas of the major cities, where houses are built extremely close one another. Six fires were reported in Guyana this month, mostly in the outskirt of Georgetown and New Amsterdam.Their origins are still unclear and often attributed to electrical failures, although arson should not be excluded. Concurrently, Georgetown also experienced an increase in the number of murders.Worthy of notice is a robbery incident occurred at the beginning of the month. Five armed robbers broke into the private house of the ExxonMobil financial director for Guyana, stealing cash, jewellery and his passport. The robbers have not been identified. 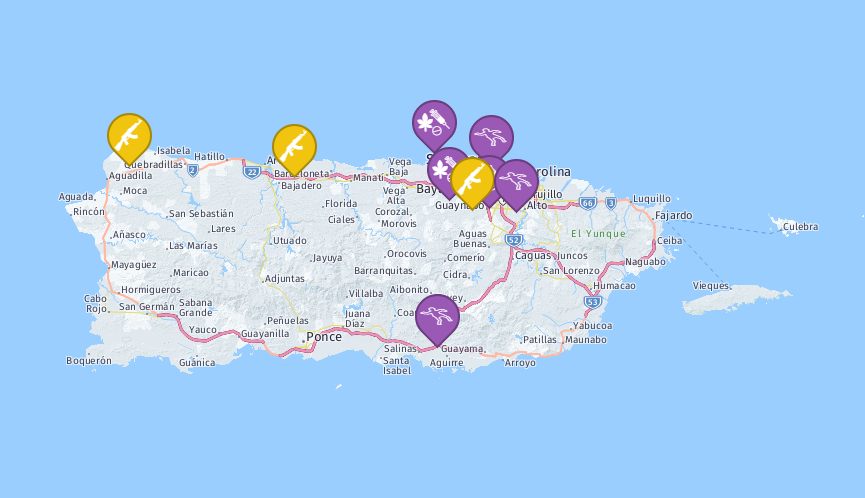 In the past weeks, Puerto Rico has been characterised by a multitude of incidents, reflecting the complexity of the security environment in the country which is still highly affected by the presence of criminal gangs. March recorded an upsurge in drug-related offences. While a region-wide pattern suggests a modest decrease in drugs trafficking, the country moves against this trend. This month the number of narcotics-related incidents doubled, highlighting the importance of this region in the broader narcotrafficking networks across the Caribbean. Specifically, Puerto Rico location makes it an important node in the drugs-distribution routes both regionally and towards the United States. The most relevant incident in this regard has been the seizure of over 1,000 Kg of narcotics just off the coasts of the island late this month. 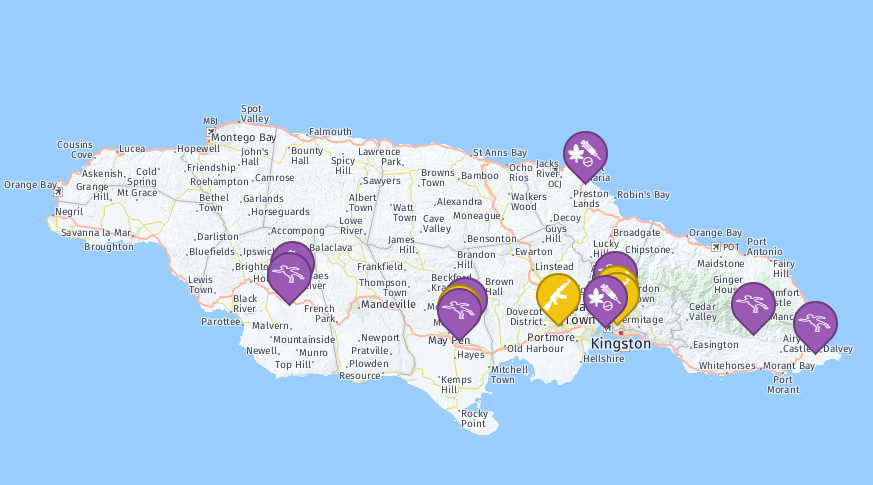 Early this month – to counteract the high levels of criminality across the island – Jamaican Prime Minister declared the state of emergency in the Saint Catherine parish. The measure adds-on the previously declared state of emergency in the Saint James parish in the North-West of the islands. Although the country has been using state of emergency declarations to implement strict measures against local criminal networks, results of such operations will emerge only in the longer-term. Presently, there has been no significant decrease in incident reports, while drug-related incidents had a slighter increase over February. 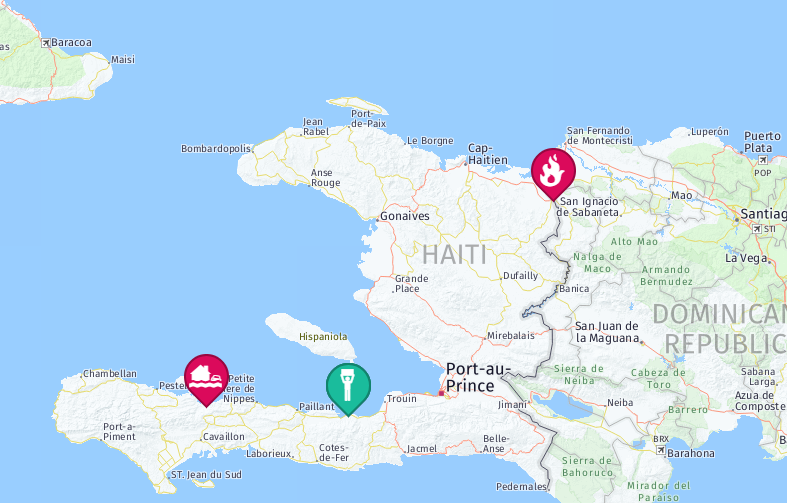 Although Haiti does not have a prominent position in terms of security incidents, nevertheless two major events highlighted the challenges that the country is currently facing. The first of them regards public control. An ongoing dispute between unaccredited professors and the Ministry of Education lead to massive students protests in the city of Petit-Gôave, 70 Km South-West of Port-au-Prince. Reportedly, students and professors went on strike, generating tensions and clashes within the community. The inability of local authorities to maintain control of the situation escalated the events, leading to rock-throwing incidents and the crowd fleeing into the Prosecutor’s offices and inside the Court of First Instance. Protests lasted for over three-weeks, outlining the inefficiency of law-enforcement authorities and the inability of the central government to effectively find a solution to the issue.

The second challenge facing the Haitian executive regards its relations with the Dominican Republic. Following the murder of a Dominican citizen in the border city of Pedernales (Dominican Republic), residents staged xenophobic demonstrations calling for the Haitians in the region to leave the country. Although the Dominican government quickly displaced additional military troops to the area to avoid demonstration to turn violent, tensions have been building up and the last days of the month saw the emergence of xenophobic protests in other parts of the country. Given the importance of remittances of Haitians immigrants in the Dominican Republic, the Haitian government should closely monitor these trends in the neighbouring country and effectively collaborate with the Dominican executive to avoid further escalations in the upcoming months. 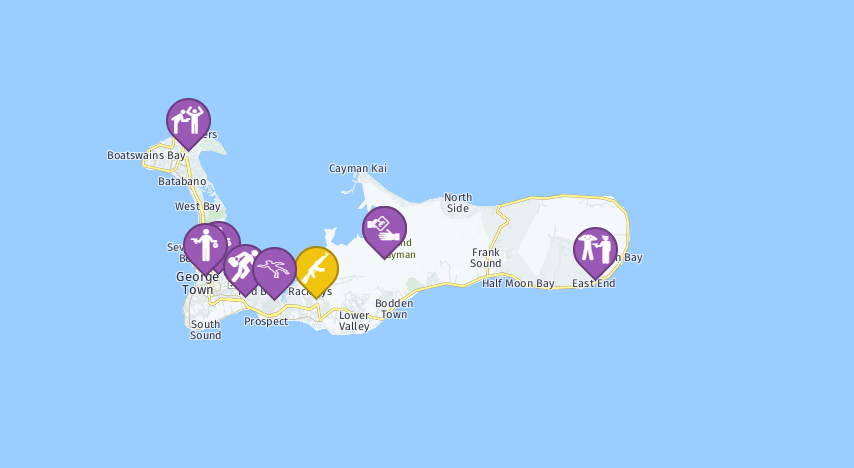 The Cayman Islands saw an upraise of security incidents compared to the previous month, particularly in the sector of low-level criminality. Throughout March, the country reported a relevant number of robberies – most of them at gunpoint – and some sporadic episodes of drugs-related offences. Additionally, authorities recorded a case of attempted child abduction in the Northern part of the Grand Cayman whose perpetrator has not been identified yet. Even if the security threats in the Cayman Islands are substantially lower compared to its neighbours, the bimonthly trend suggests a relevant increase in criminality activities which should be carefully monitored. 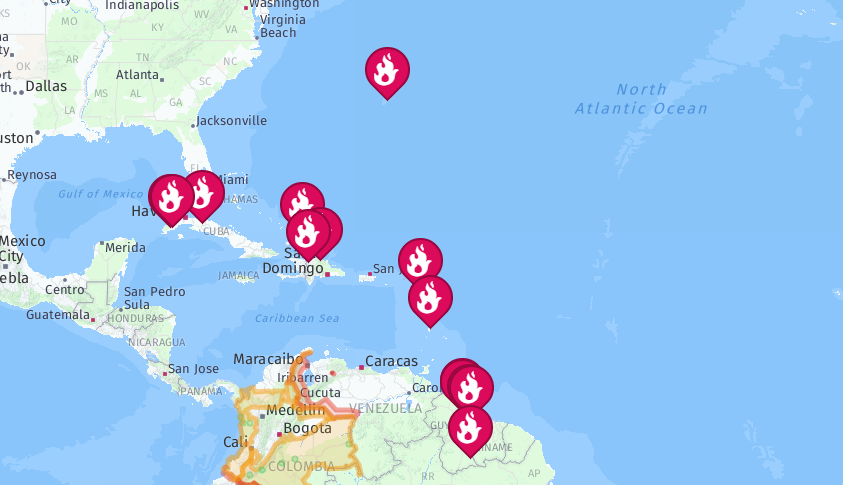 Additionally, to the country-specific trends reported above, three more sets of issues are worth of attention: fires, contagious diseases and climate-related problems.

March has seen a uniform increase in the number of hazardous fires across the region. Even if most of them are localised and rarely caused victims, they present a challenge for most of the Caribbean urban areas. The proximity of houses and the poor infrastructural conditions allow blazes to quickly spread across buildings, increasing the risk of massive fires. Concurrently, they represent a prominent threat to the economically vulnerable residents, who often lose all their belongings during such events. Although the origin of many of them remain unknown, most likely they are the fault of electrical failures or kitchen appliances malfunctions. Securing electricity supply infrastructures would be a first, effective step to address the problem region-wide. 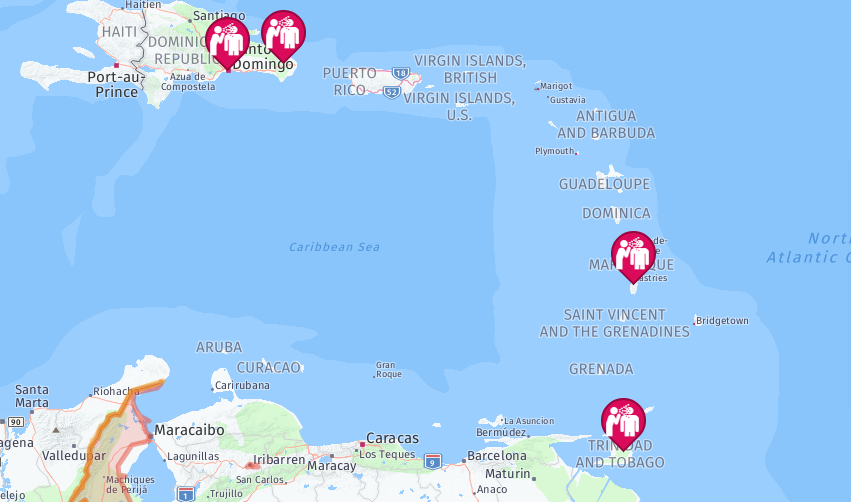 Finally, climate-related challenges heavily affected many of the countries in the Caribbean. Strong storms off the costs of Puerto Rico and the Dominican Republic during the month represented a relevant hazard for both locals and maritime enterprises. Concurrently, intense rains caused floods in Jamaica, Haiti, Bahamas and the Dominican Republic, distributing private and commercial activities in the affected areas. While heavy rains affected the Central-North islands of the archipelago, Southern-Eastern countries as Guadalupe and Guyana recorded drought alerts for the lack of rainfall throughout March, which may affect the growth of local cultivation in the upcoming weeks.

Currently, it is not likely that April will present specific changes in the rates of incidence. The emergency measure adopted in Jamaica may temporarily decrease the number of criminally-related incidents, but gang activities will likely relocate to other provinces of the island. Similarly, the other major countries will continue to present a consistent number of incidents. As mentioned, the major trends to be closely followed regard the kidnapping events in Trinidad and Tobago; narcotics trafficking in Port Rico; increasing tensions between the Haitian community and Dominican citizens, especially along the borders; fires and environment degradation.

Finally, in April the newly elected Cuban National Assembly is expected to choose a new President after Raúl Castro’s decision to step down and to not run for another mandate. Although violent contestation is unlikely, further arrests of political activists should be expected.