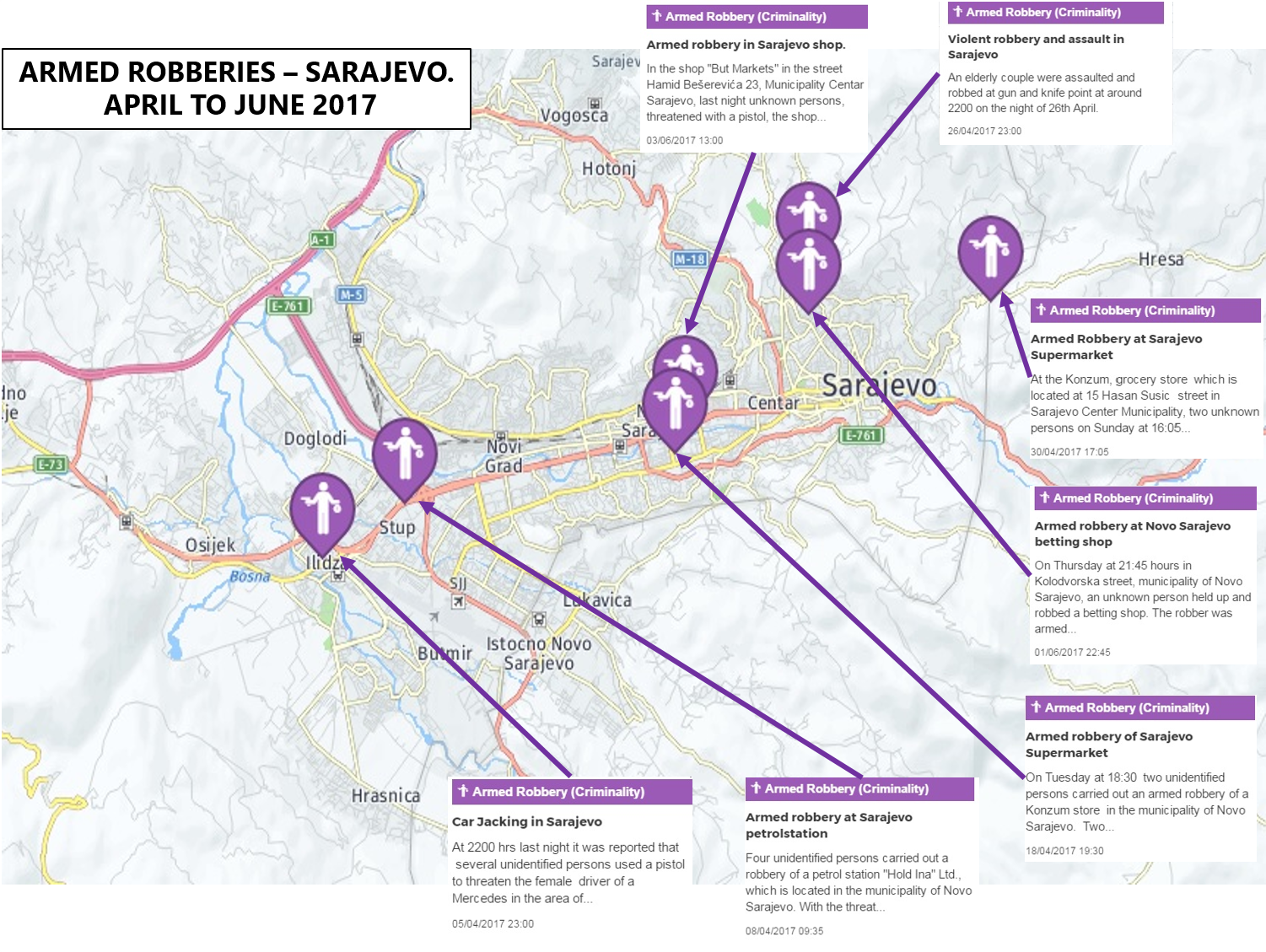 by Chris Hourihan
From April to June 2017 there have been seven robbery offences where fire arms were used, ranging from carjacking, aggravated burglary to armed hold ups of commercial premises in the Sarajevo area alone. Most common were the armed hold ups. The targets for such crimes are usually petrol stations, convenience stores and betting shops. The usual tactic is where a store worker is threatened with a pistol by an individual or individuals, who later flee with an undisclosed amount of cash.
Back to Reports & Resources