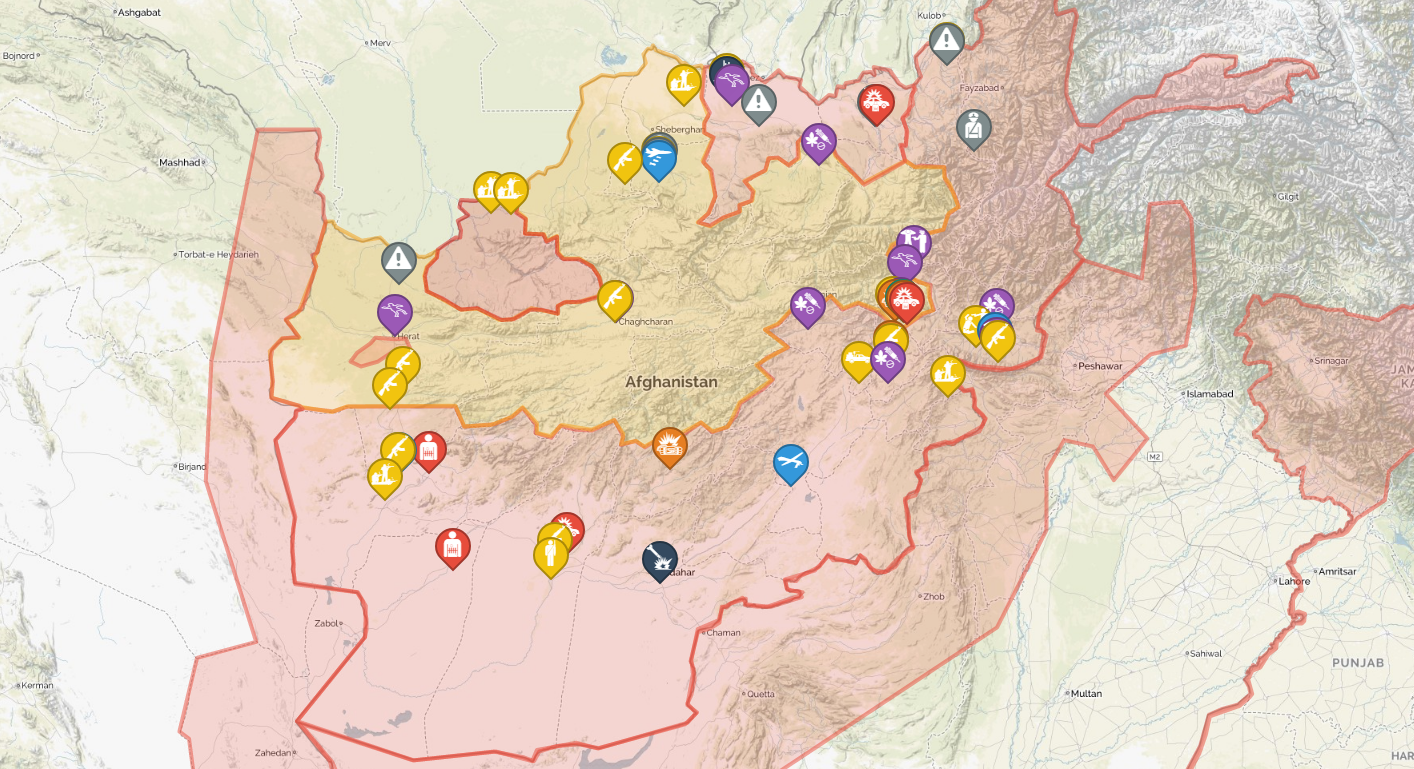 Afghanistan Significant Incidents – Past 14 Days.
The security situation in Afghanistan continues to be fluid. In the North, the Taliban captured the Ghormach district of Faryab province from security forces on the 13th of August. In Southern Afghanistan, the security situation continues to be dominated by Taliban activity around Lashkar Gah and Kandahar City. In Helmand, the fighting is particularly frequent around Gereshk, where Taliban militants launched a series of attacks on security force positions across the district. One of these attacks was stopped before the attackers reached their target (believed to be a nearby military building,) leading to a prolonged fire fight at a market in the Gereshk district centre. Taliban attacks also continue in neighbouring Kandahar province, where on August 2nd, a NATO convoy was attacked by a suicide bomber, killing 2 US military personnel. Kabul has seen an increase in the use of âsticky bombsâ or magnetic IEDâs on security forces vehicles, with 5 confirmed incidents occurring between the 1st and 15th of August. Lastly, Taliban and IS militants are believed to have worked together during fighting in the Mirza Olang area of the Sayyad district, Sare Pol province. During the fighting, reports surfaced of a mass killing of civilians and local militia on August 5th, most of whom were Shia Hazaras.
Back to Reports & Resources